Wearable devices are shaping up to be the hottest devices at Mobile World Congress (MWC) 2014 as we've seen the Huawei TalkBand B1 and Samsung's trio of wearable devices - the Gear Fit, Gear 2 and Gear 2 Neo.

Sony is among the first companies to jump onto the bandwagon as it announced the SmartBand SWR10 at Consumer Electronics Show (CES) 2014 last month. At MWC 2014, Sony revealed that the SWR10 will be available in over 60 markets worldwide from March. Its companion app, Lifelog, will also be available for download at Google Play Store from March. 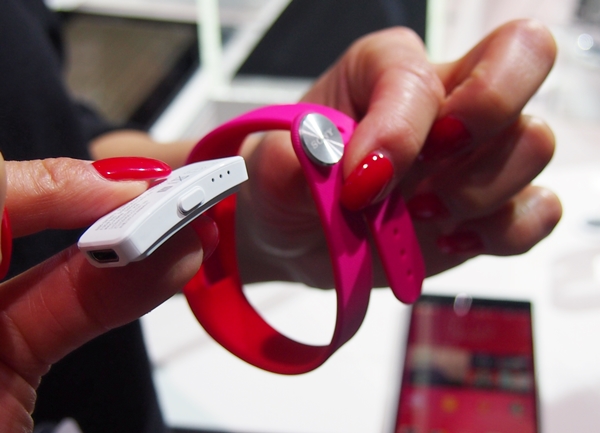 The SmartBand SWR10 consists of a removable Core and a wrist band, a concept that is similar to most fitness wearable devices such as the Fitbit Flex where the monitor can be placed in any of the Flex bracelets that come in a range of colors.

Despite the exposed micro-USB port (which is used for charging), the Core is IP58 rated for dust resistance and waterproof capabilities. In addition, the Core is very light at 6g and when paired with a wrist band, can weigh between 20 to 21g depending on the choice of a small or large wrist band. 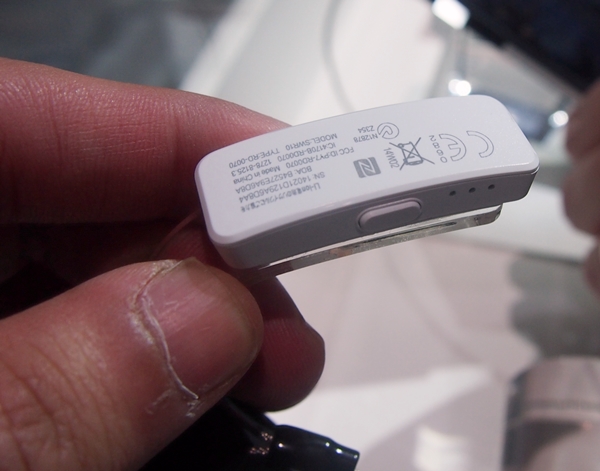 We were told that the wrist band is made of silicone, a material that will feel comfortable to the skin. A Sony product staff said that she has been wearing the SWR10 for a number of days, and the use of silicone made her forget that she was actually wearing one on her wrist. During our few minutes of hands-on, we found the material to be easy on the skin. It is also easy to fasten and remove the wristband. 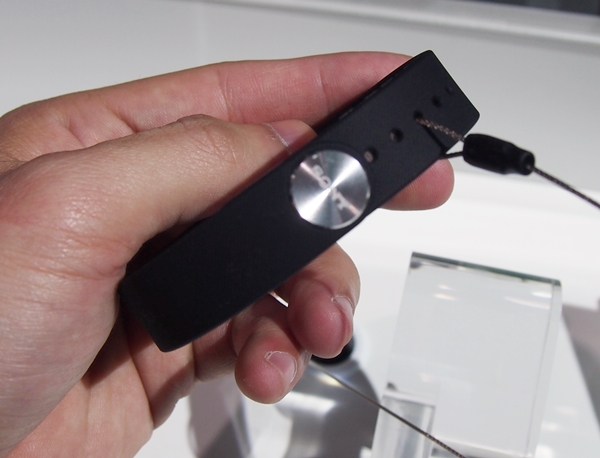 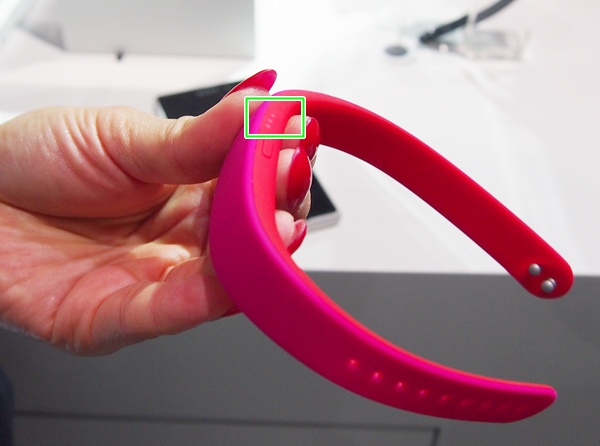 According to the white paper, the Core is powered by the ARM Cortex-M0 32 bit processer, has 256kB internal embedded flash memory and 16kB RAM. It connects to any device running Android 4.4 and later via Bluetooth 4.0 Low Energy and/or NFC.

You need to download Lifelog, a companion app that tracks your physical, social and entertainment activities. The interface is quite informative, and you can use it to set activity goals and monitor your progress. Information compiled in Lifelog is collected using sensor technology in the SWR10 and data obtained from various apps and sensors in the Android phone. Here's a quick overview of the Lifelog app:

The SWR10 also comes with music and camera remote control functions, alerts for incoming messages or Facebook notifications. You can set alarms via the Lifelog app to wake you up via subtle vibrations on your wrist. Before you do so, you have to set the SWR10 to night mode. The night mode is used for tracking your sleep while the day mode tracks your activities throughout the day. Below is a video showing the SWR10 in action:

The wristband will initially be available in black. A variety of colors will be made available after launch, including a special limited edition to celebrate the 2014 FIFA World Cup. Sony is currently exploring several concepts for integrating the SWR10 in consumers' lives. 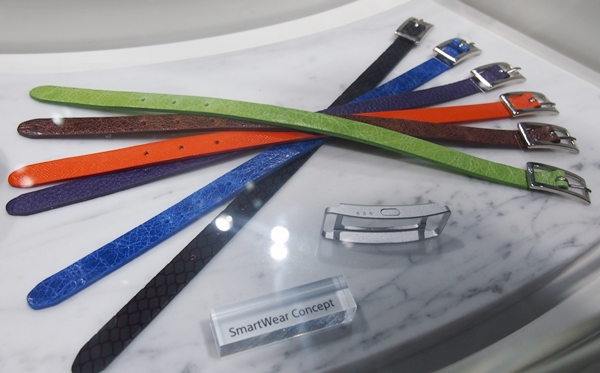 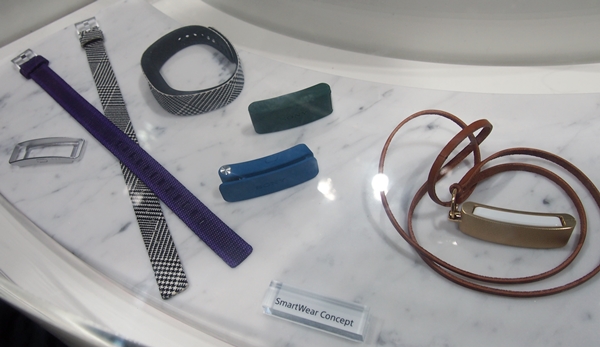 The SWR10 will retail for 99 euros, which include the Core and two black wristbands (one small, one large). Sony plans to sell the other colored wristbands in packs of three, which will cost 25 euros.