Hands on with the Sony A9, a pro mirrorless camera with a full-frame stacked CMOS sensor

Hands on with the Sony A9 full-frame mirrorless camera 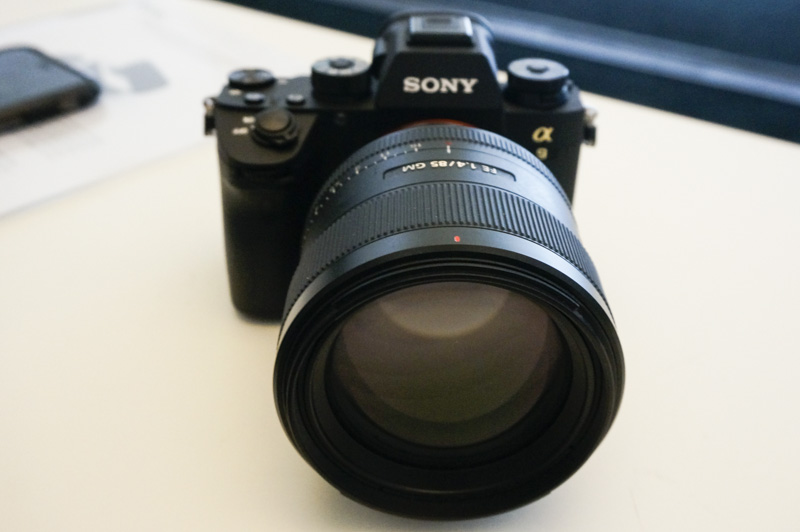 Made for the pros

During the Sony A9 media session, Mr Endo Atsushi, President for Sony Singapore, started by sharing how the new A9 represents the best of Japanese “Kando” spirit. Kando loosely translates to emotional involvement, or as Mr Atsushi puts it – the power to move people and make them say wow. 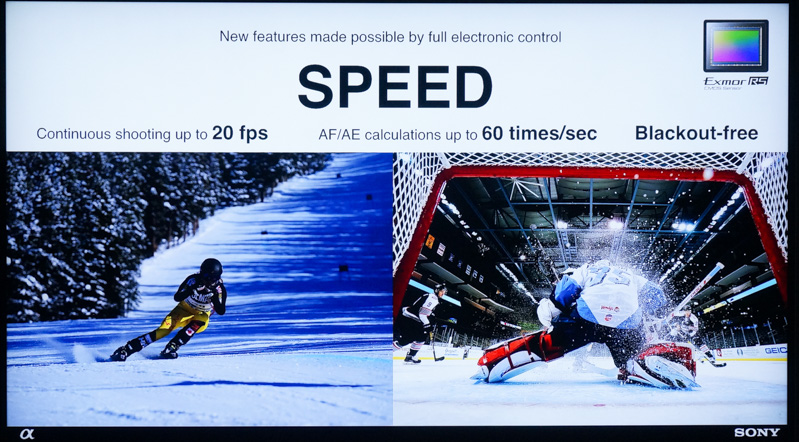 For the A9, this starts with the world’s first stacked sensor. As we first mentioned in our news piece here, the new sensor enables data processing at a rate 20 times faster than previous Sony full-frame cameras, allowing it to do 60 AF/AE tracking calculations per second.

The BIONZ X processing engine has also been upgraded, as has the front-end LSI, which means that the camera is now able to do black-out free continuous shooting at up 20fps. And that's paired with a focus system that has a total of 693 phase detect AF points that cover approximately 93% of the frame. On paper, so far so good. 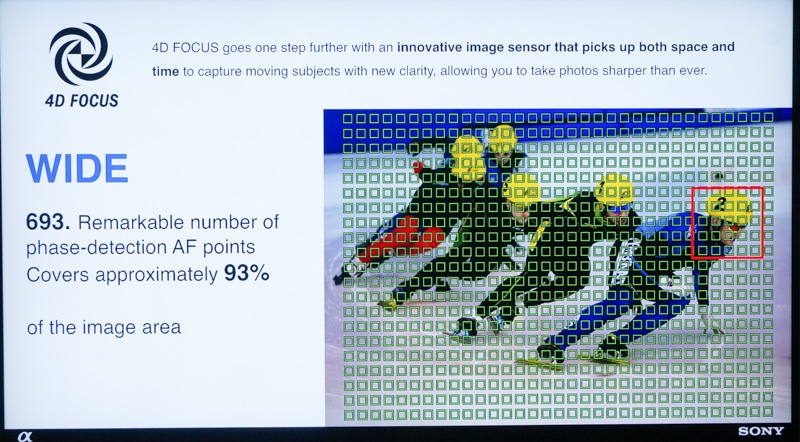 All in, Sony says the A9 has 25% faster autofocus performance compared to their previous systems, so that should take care of the first two points (i.e., getting focus and reacting to you).

To help you react to the moment however, there's the new Quad-VGA OLED Tru-Finder, which refreshes at 60fps or 120fps. In theory, with the A9, viewfinder lag should not be an excuse for not getting a shot. And the camera has a buffer that can take up to 241 RAW images or 362 JPEGs. 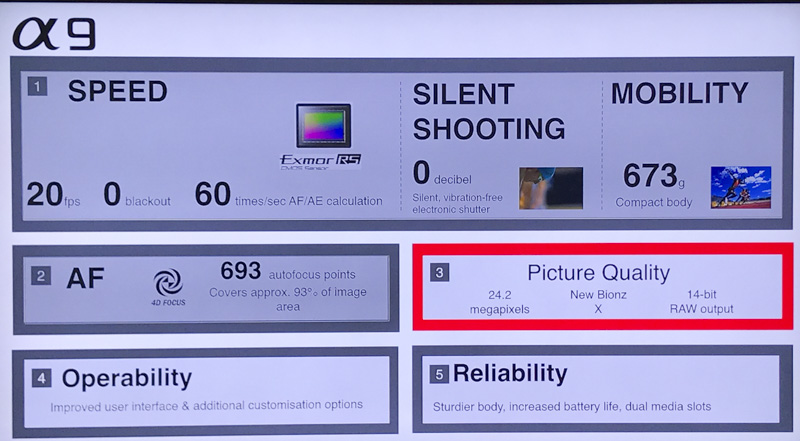 Just take a look at the video above, and you'll see what we mean. The AF points followed the gymnast even as she twirled the ribbon in front of her, and it even picked up her face as evidenced by the white square. Quite impressive! 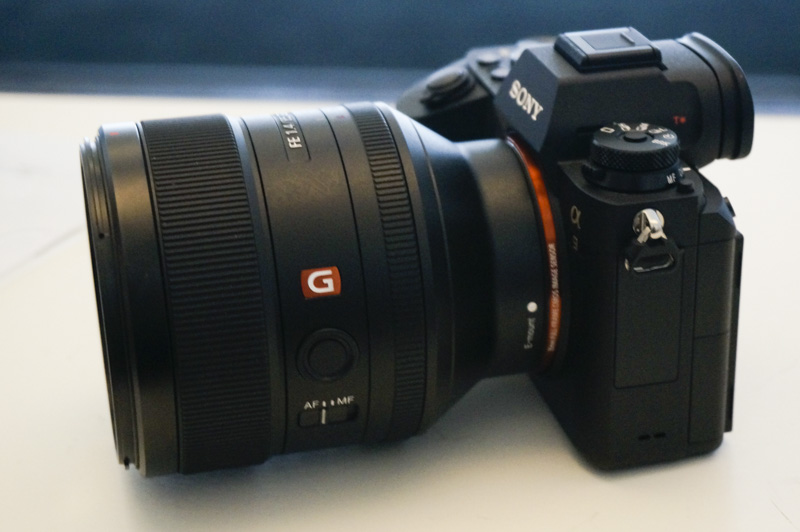 Picking up the camera in the hand, we thought the it felt very robustly built. The handgrip was wide, giving our fingers a good amount of space to wrap themselves around. The weight of the body is said to be just 588g; a fairly good match for the G Master 85mm F1.4 GM lens mounted on it. 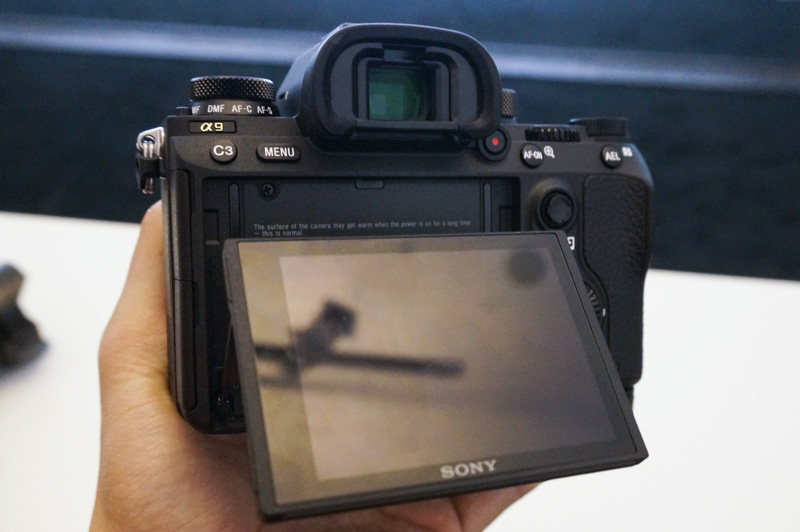 The layout is very similar to the A7R II before it, but with three fairly obvious changes. There is now a AF selector joystick where the AEL switch used to be, the movie recording button has now been shifted to right under the viewfinder, and the drive modes have now been placed on a separate dial.

These are welcome changes that should make it easier to use the camera, especially the relocation movie record button. Also good to see is support for dual memory card slots. One of which supports the SF-G UHS-II SD cards for better performance. 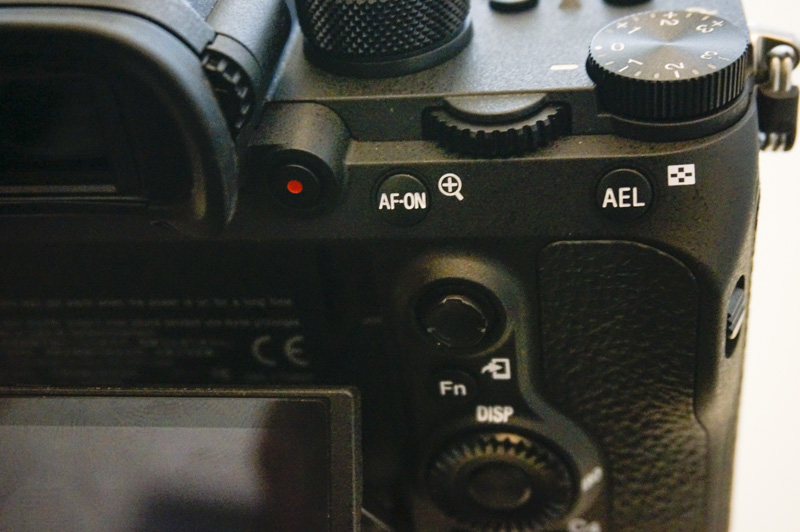 After the demonstration, we had a chance to trial shooting with the A9 over two sections. One was set up with Tae Kwan Do practitioners doing spinning kicks, and the other with young gymnasts performing twirls and spins. Great for testing the tracking capabilities of the camera perhaps? 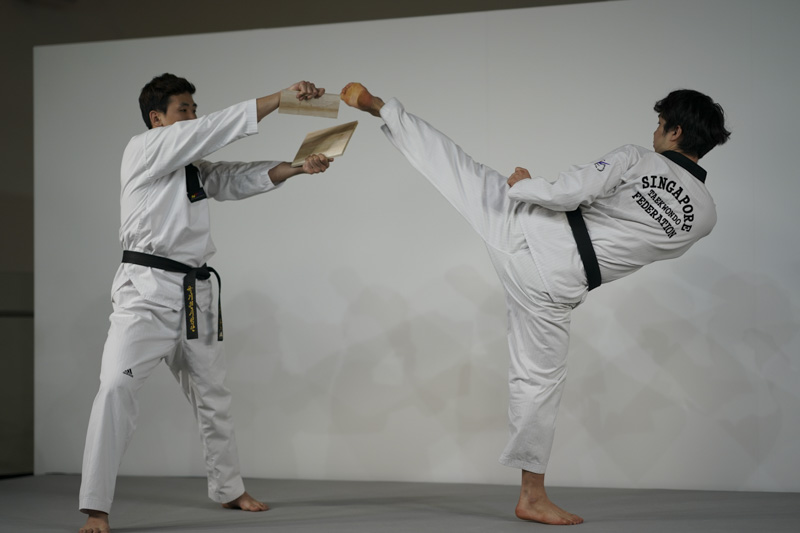 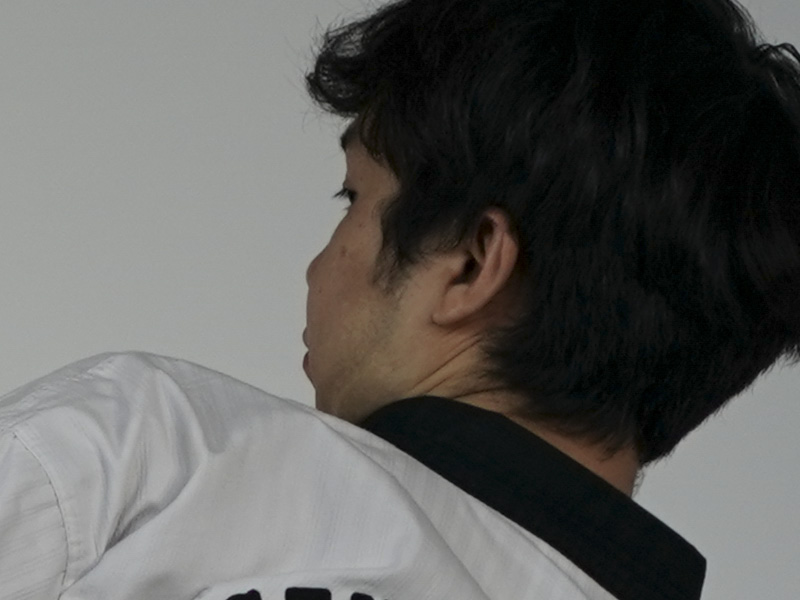 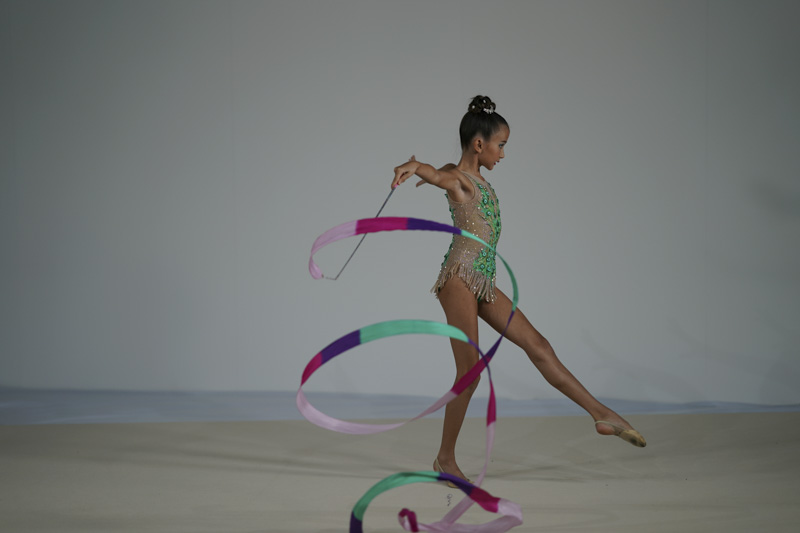 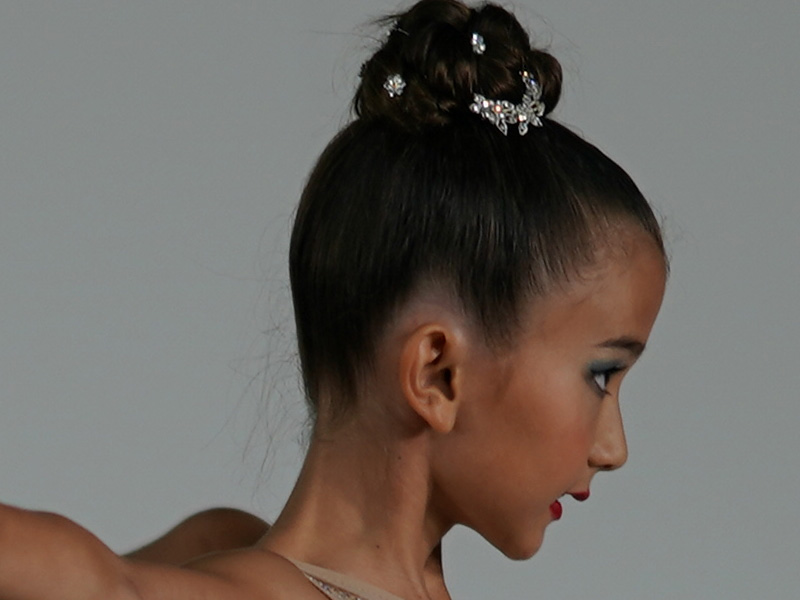 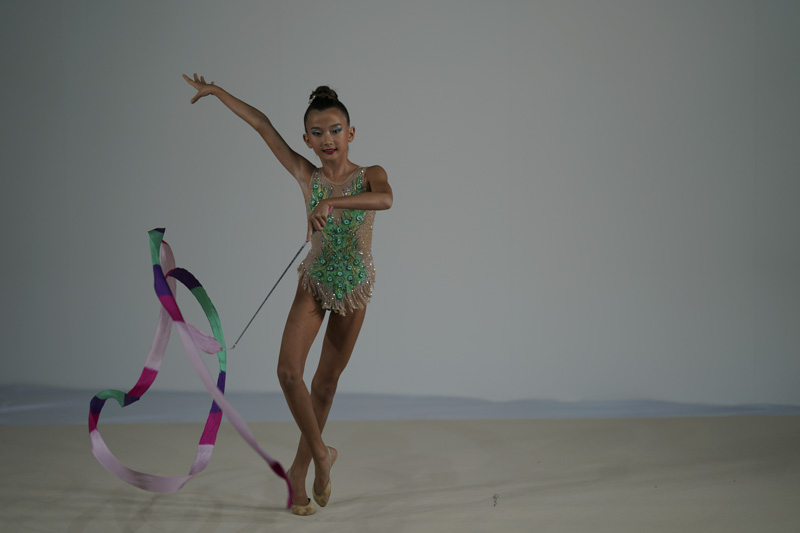 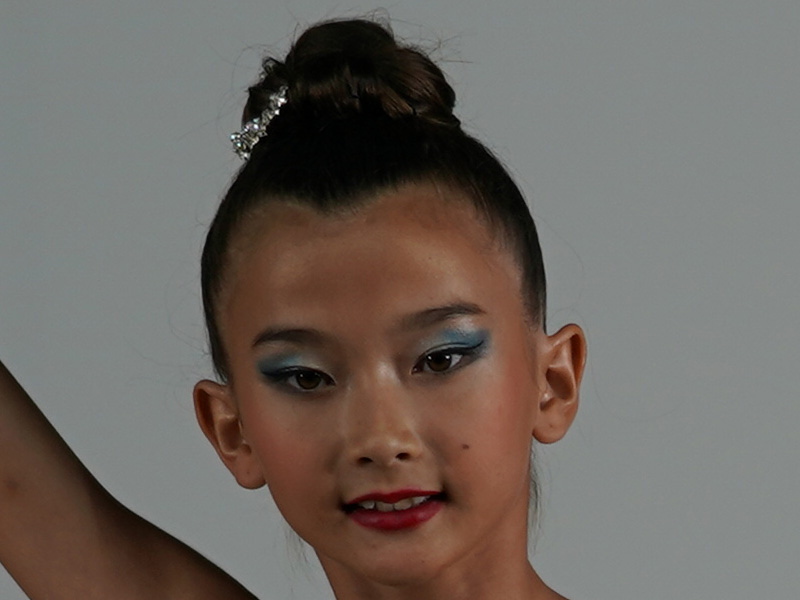 We found the camera’s tracking to be really on point in both scenarios. With face detection turned on, we could see the AF points following the faces of the young gymnasts as they went through their moves. Likewise for the Tae Kwan Do practitioners. At 20fps the number of shots you get in a short frame of time will certainly pile up, but the camera should chug along effortlessly. (Case in point: we amassed some four hundred shots in no time.)

That’s even more so when we completely disabled the shutter sound. Because the lag between shots is so short it’s almost imperceptible when the camera is taking a photograph and when it isn’t. It’s quite amazing to see how quickly the AF group follows the face of your selected subject, and even at this early stage, we think the camera will do well with anything from sports (or motorsports) to wildlife. As always, we’ll withhold judgment till we can put it through our usual range of tests, but it certainly seems like Sony has a very strong product for the professional market on its hands. 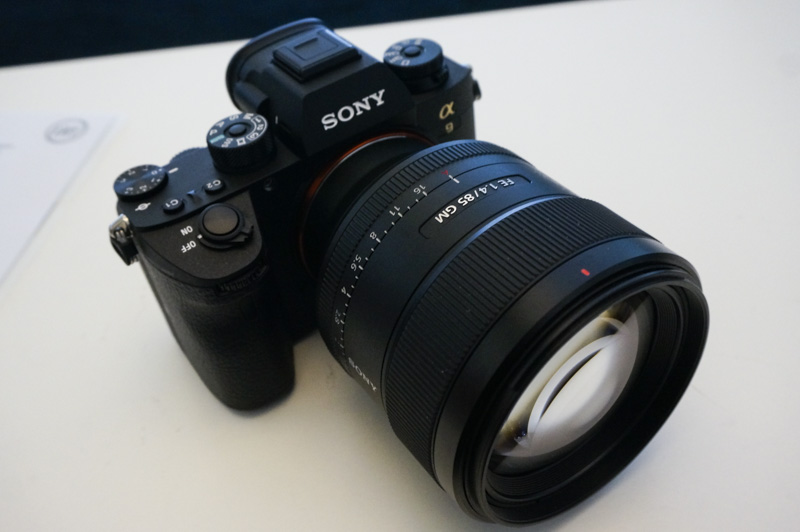 The Sony A9 is available now at all authorized Sony dealers for S$6,299 (body only).

Note: This article was first published on 6th June 2017.