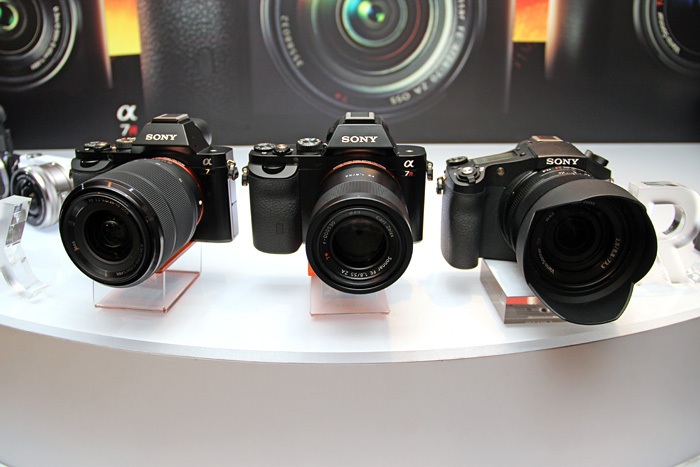 Updated 31/10/13: Added in a sentence on the Sony A7R's ability to shoot up to 4fps with AF locked on the first frame.

Sony keeps shaking up the camera world with its latest; the A7 and A7R are - in Sony's words - "the world's smallest and lightest 35mm full-frame interchangeable-lens camera(s)", while the RX10 is a bridge camera with a large 1" sensor inside and an incredible 24-200mm (8.3x optical zoom) f/2.8 lens. These are our first impressions.

The Sony A7 and A7R are virtually identical on the outside. They have the same dimensions, and surprisingly the A7R is the lighter one, weighing 465g (body with battery and memory card) to the A7's 474g (body with battery and memory card). The main difference is inside, the A7R has a 36MP sensor without an optical low-pass filter, while the A7 has a 24MP sensor with. The A7 comes with Hybrid AF, which combines both phase and contrast detection AF, while the A7R comes only with contrast-detect AF.

Why lose the optical low-pass filter? With the right lenses, a sensor without can capture more fine detail, but at the risk of moire artifacts appearing. Most digital cameras come with optical low-pass filters, but more and more these days have been dropping them like they're hot (the digital Leica Ms had none from the start, the Fujifilm X-series dropped them thanks to their unique X-Trans sensor, Nikon dropped it on the D800E, then the D7100 and the D5300). 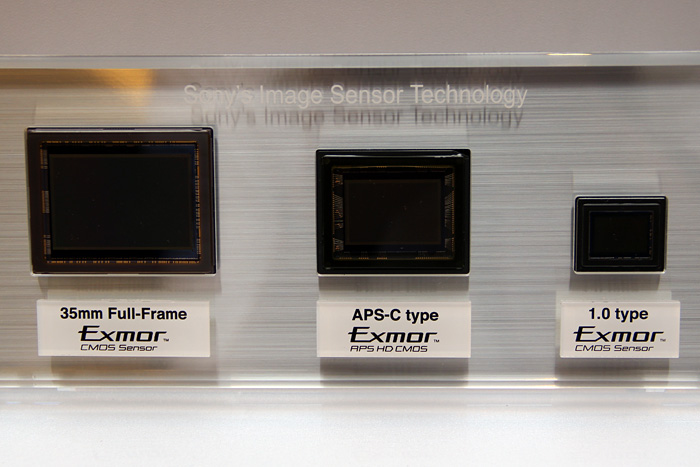 The first that hits you about the Sony A7s are how they have faces that only their engineers could love. These are not beautiful cherubic cameras. Looking past that, it's surprising how light the A7s are, considering that they're full-frame cameras. In contrast, Nikon's entry-level D610 weighs in at 760g (body only), while Canon's 6D weighs 680g. Even with the biggish FE 28-70mm lens mounted, the A7s have a pretty balanced heft.

You could say that Sony went the whole hog with the form follows function argument, and at least in that department they seem to have gotten it right. The A7s have twin control dials, two profile modes on the Mode dial, 46 assignable functions to 9 customizable buttons, built with a magnesium alloy body, dust and moisture resistant. The UI has been redesigned (thankfully), pushing the Fn (Function) button brings up an interactive overlay of 12 commands, which you can customize. A Quick Navi Pro screen displays all major shooting options on the LCD.

The A7s come with built-in Wi-Fi (with NFC), a must on any serious camera these days (Wi-Fi, not NFC), but no touch-screen (which you may or may not miss). 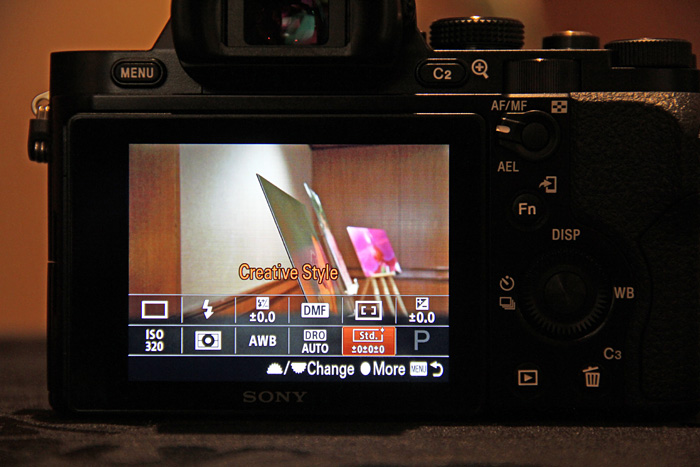 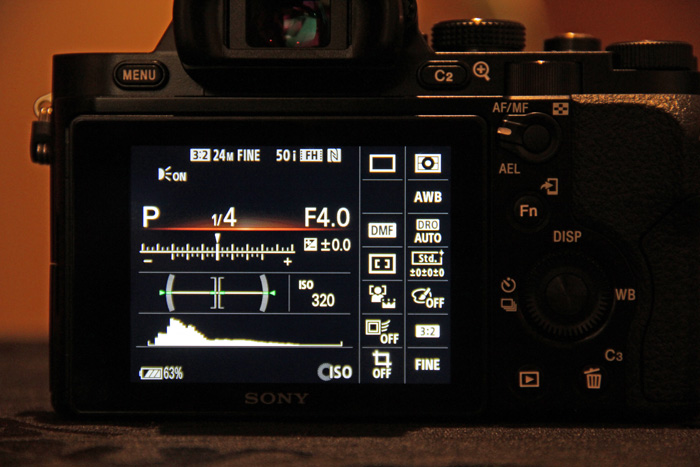 The Sony A7s are loud cameras; press the shutter release and the camera emits a obvious KAH-CHUCK. Just in case nobody knows you're pointing a camera at them. There's no electronic shutter or silent mode, and the attention-drawing KAH-CHUCKs will weigh against the A7s' prospects as street cameras. While the A7 can go KAH-CHUCK quite steadily up to 5 frames per second with AF tracking, while the A7R only goes KAH-CHUCK up to 1.5 frames per second continuously with AF. There's a Speed Priority mode where the A7R can shoot up to 4fps, but with AF locked on the first frame. 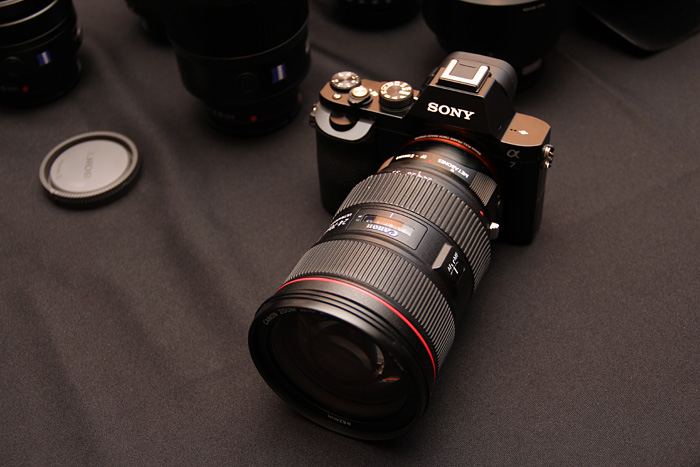 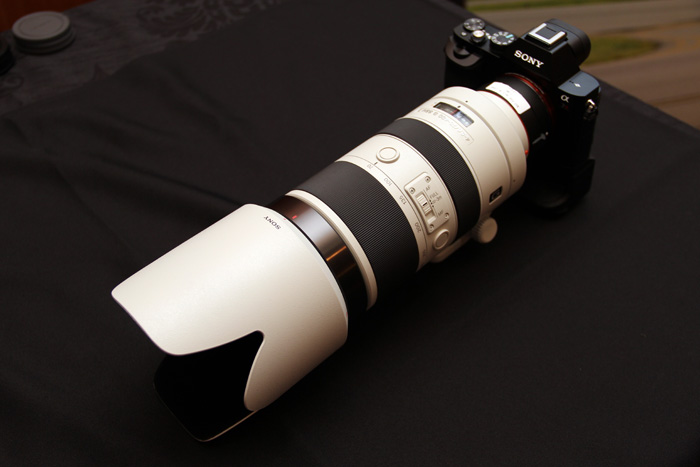 The lens situation will be familiar to photographers who straddle the APS-C and full-frame divide. While the A7s use an E-mount and you can mount existing E-mount lenses on them, the camera will crop the capture area to avoid vignetting. It's akin to mounting an APS-C lens on a full-frame DSLR, you'll get dark areas around the corners. If you're a vignette/Instagram fan, you can opt to use the entire full-frame area.

To mount Sony's A-mount lenses from its DSLR line-up, you'll have to use an A to E-mount adapter. 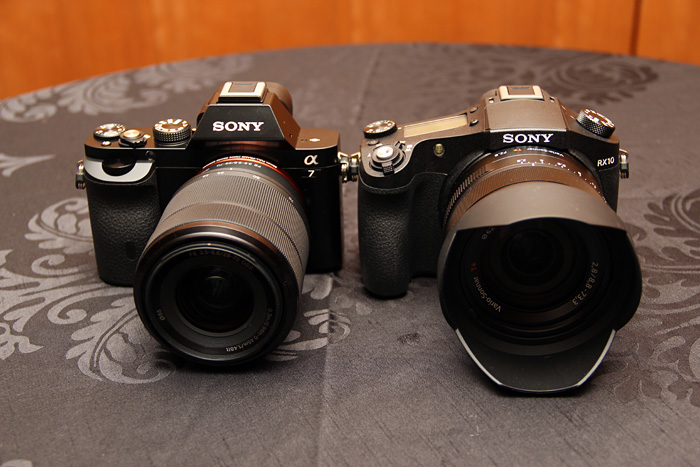 Think of the Sony RX10 as a RX100 II with a telephoto lens slapped onto it. The 8.3x optical zoom might not sound like much in an age of 20x digital compact cameras, but the 24-200mm equivalent lens has a constant fast aperture of f/2.8, with a 1" sensor lined-up behind it. There really isn't a comparable lens like this in the mirrorless or DSLR world, and certainly not at this size and weight.

The trade-off is that this thing is big. So big that the A7s with full-frame sensors inside are smaller and almost half the weight (the A7's body weighs 416g, the RX10 weighs 755g). You can zoom in and out two ways, either via the zoom ring on the lens or with a zoom toggle around the shutter release. That should give you the first clue that the zoom ring isn't mechanical and is fly-by-wire; it doesn't respond as smoothly as you'd expect a manual zoom ring to. It is impressive how quietly the lens zooms, there's no discernible sound from it when it moves. The RX10 comes with a single control dial on the back, a built-in OLED 1.4m dots, built-in Wi-Fi with NFC, optical image stabilization, a tilting LCD and 340 images worth of battery life. 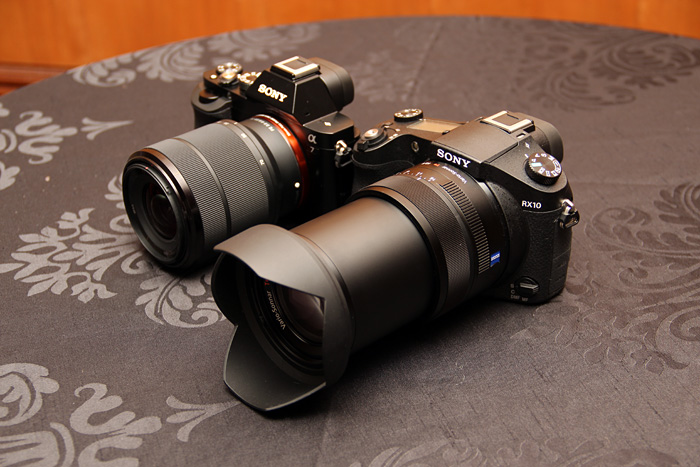 Should you rush to buy one? Our first thoughts are that there's no harm waiting. First, you'll want to see if Sony has managed to solve the soft corners prevalent with the Sony NEX due to the large sensor and short flange-back distance, it's a bigger concern now with the larger full-frame sensors inside. Sony says that the A7R uses a new gapless on-chip lens design on the 36MP sensor to increase light collection and corner to corner performance, but mentioned nothing of the sort for the A7. On the A7 hand, it comes with Hybrid AF, which promises to increase AF speeds, but the A7R only comes with contrast-detection AF, so you'll want to see if its AF system can keep up with managing 36MP of information in low-light and motion, two of contrast-detect's worst enemies.

The new FE A-line also suffers from a lack of native lenses, at launch you'll only get two: one you can only get as a kit with the A7, and one you definitely must buy if you're getting the A7R, as Sony is selling the body only. But the biggest reason you might want to wait is that rumors are hot - so DF hot - right now that Nikon will be announcing their own full-frame small camera soon, possibly as soon as next week, and you'll want to see how the two systems face off. The rush to compact full-frame interchangeable-lens cameras has started, and Sony won't have much of a first-mover advantage.

As always, stay tuned to HardwareZone for our reviews and final verdict. In the meantime, have a good weekend, folks. 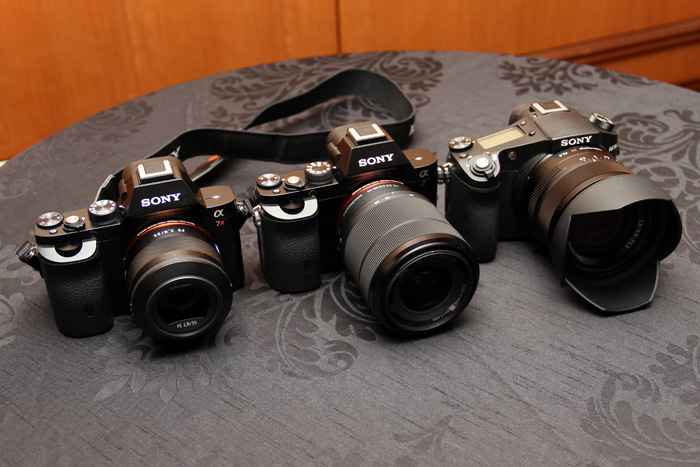