Hands on with the Solar Paper, portable solar charger for personal devices

Hands on with the Solar Paper, portable solar charger for personal devices 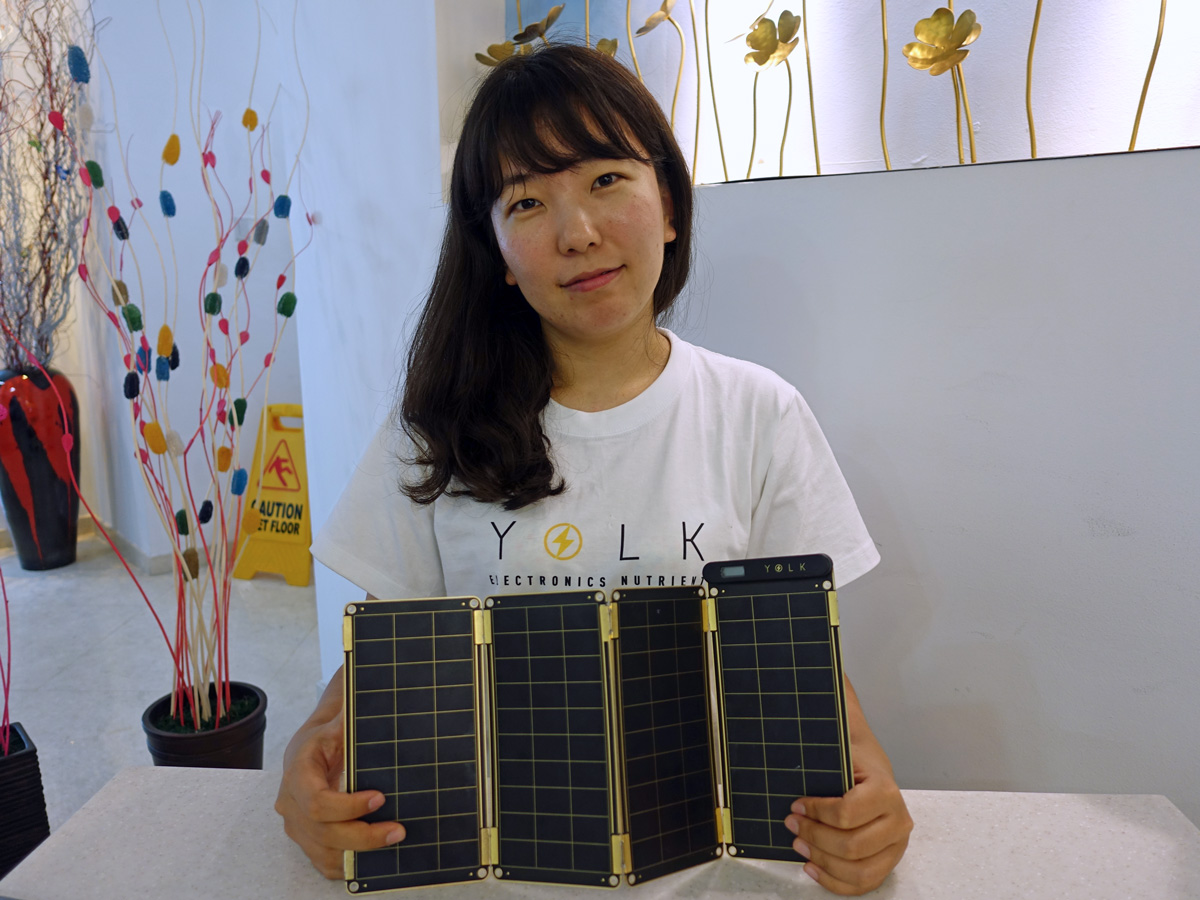 Portable chargers like powerbanks rely on a battery capacity like any other personal device. The Solar Paper is a portable solar charger, where it uses the powers of the Singapore sun to juice up your smartphone while on the go. We had the opportunity of getting a look and feel of the product, thanks to the Yolk team making a pit-stop in Singapore. 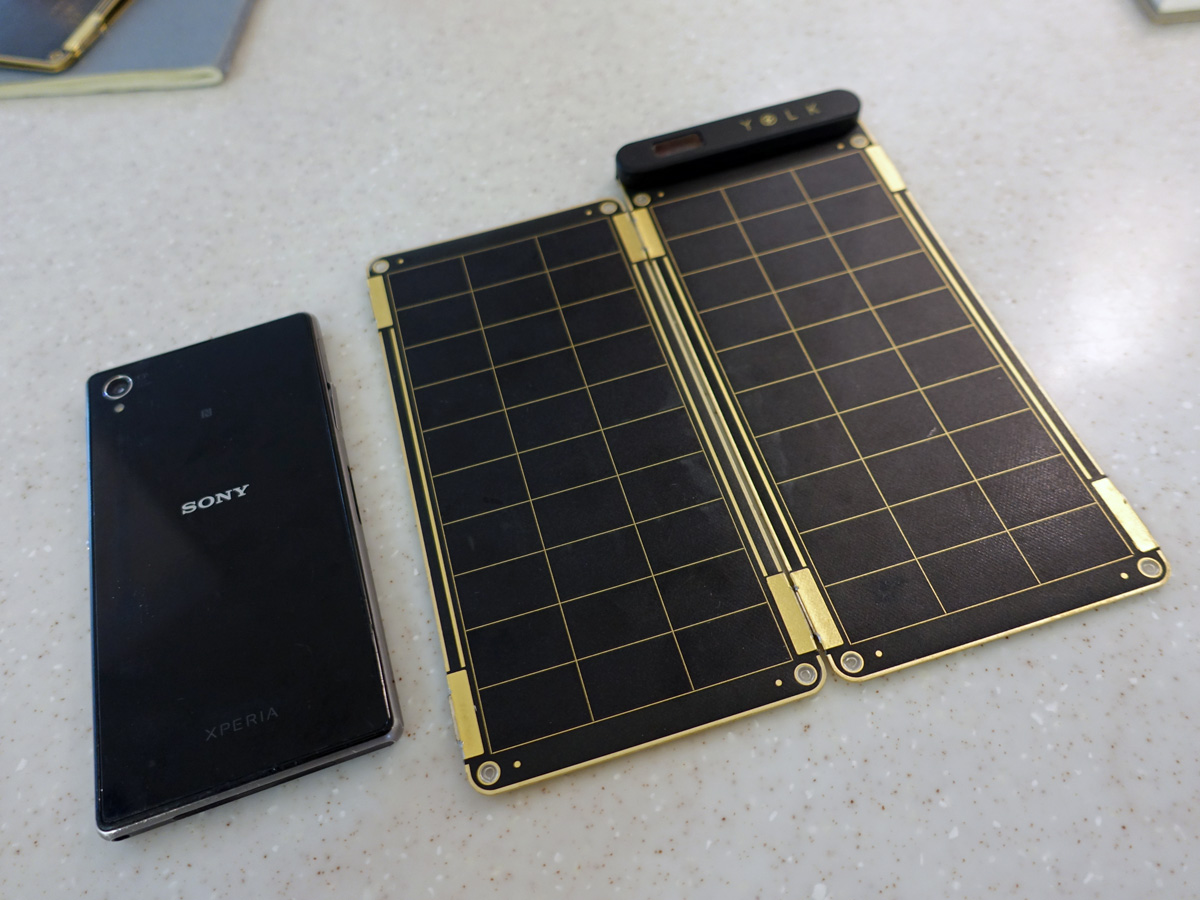 Here’s a quick refresher about the Solar Paper. The device is a Kickstarter-funded initiative that has accumulated more than US$800,000 in pledges – that’s 17 times of their initial goal. The modular panels are 9 x 19 x 1.1cm when folded, and weigh a mere 120g. Getting the basic Solar Paper will give you an output of 5W, and you can increase that by adding more of the magnetically-connected panels, bringing the Solar Paper up to 7.5W, or even 10W for bigger devices like tablets. The said charger is also splash-resistant (IP64), and they are smart enough to resume charging even after experiencing a cloud-cover interruption. 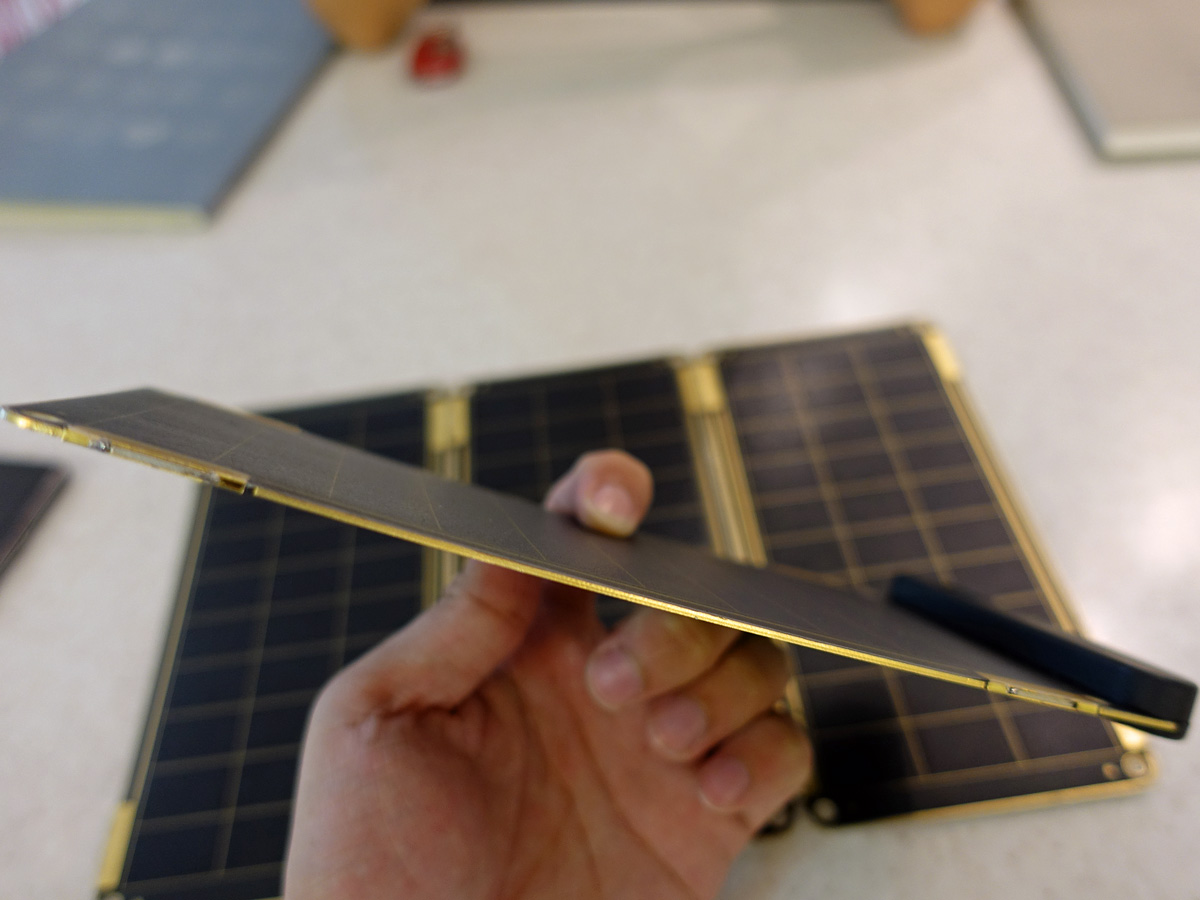 What sets the Solar Paper aside is its physically and aesthetically sleek form factor. While it’s possible to get alternatives like the SunVolt, these alternatives are nowhere as slim or visually appealing. The thin panels do not compromise on speed or power too – it takes 2.5 hours for the Solar Paper to charge an iPhone 6.

Other solar chargers are not as affordable; the Solar Paper itself has an estimated retail price at US$120 (S$169) for the basic 5W version with two panels, and each additional panel will cost an extra US$40 (S$56). It was going for as low as US$69 (S$97) for Kickstarter early bird funders, and you can still proceed to the Kickstarter page to back the other options at for a variety of early bird prices. 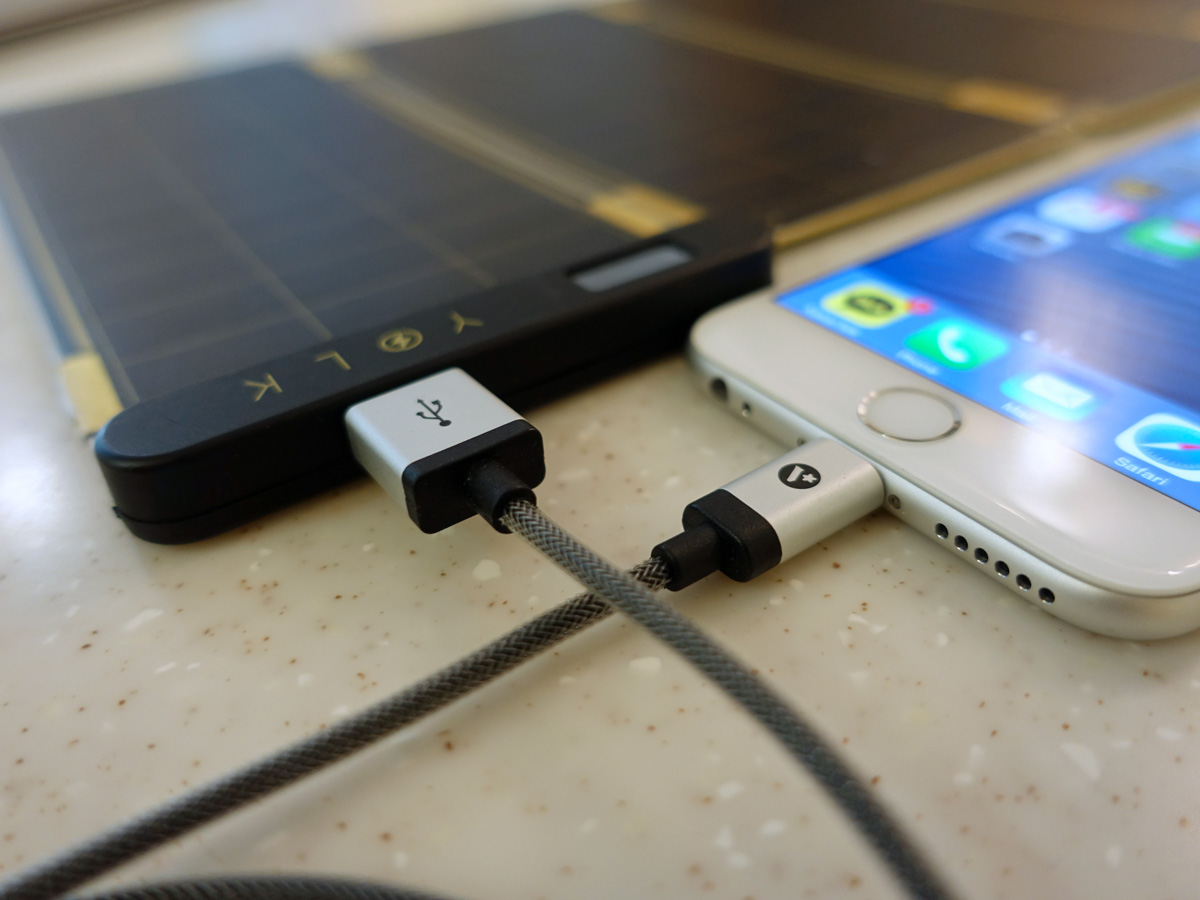 Part of the cost goes into the product’s high-quality parts - the charger is made in Korea, with the solar cells from US – a nice ray of sunlight in the darkness where everything is Made-In-China. The supporting material of the charger is made from FR-4, a type of composite material comprising of woven fiberglass cloth, epoxy resin, and brominated flame retardant. For the uninitiated, FR-4 is an effective electric insulator with a sturdy strength-to-weight-ratio. 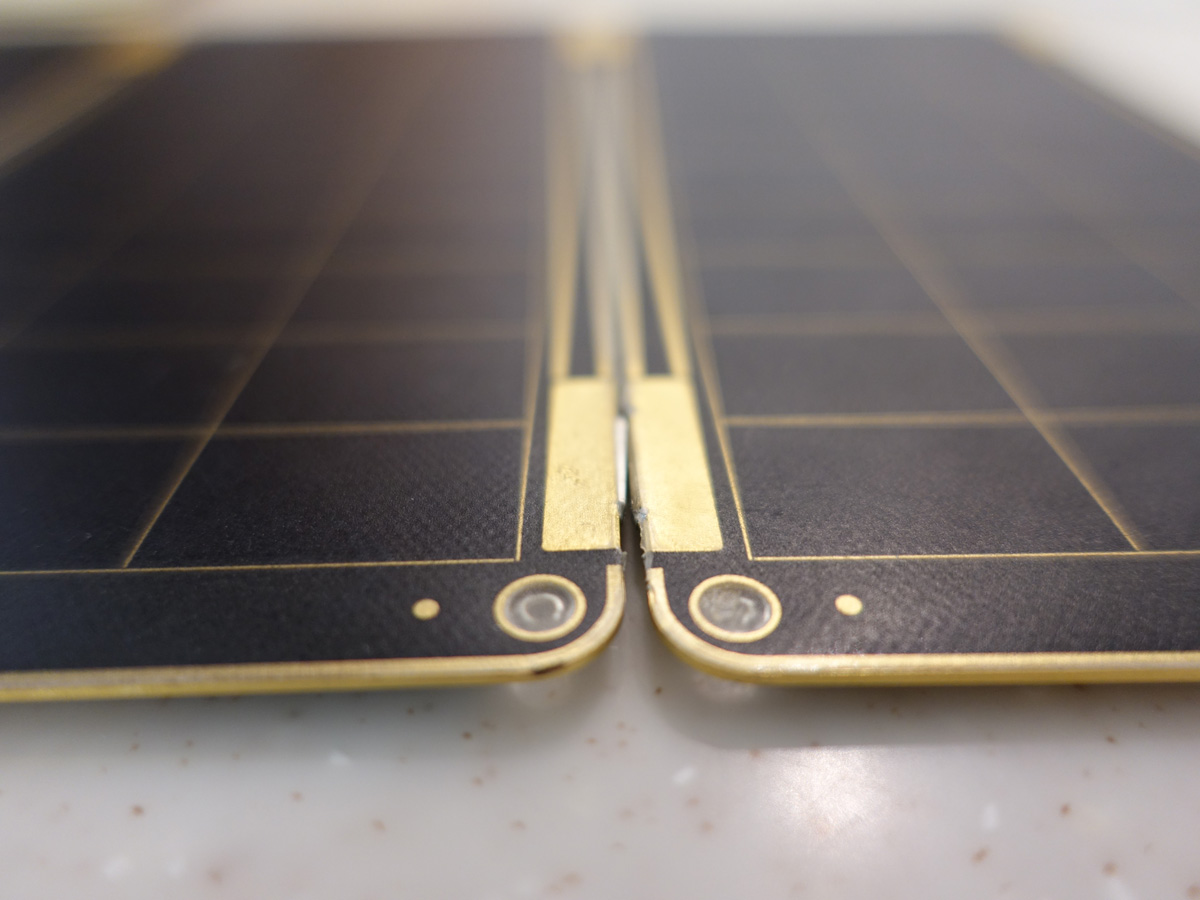 As mentioned, we had the opportunity to speak to the Designer and CEO of Yolk, Sungun Chang. Based on Kickstarter feedback, Sungun and her team has decided to change a few things about the Solar Paper before it begins shipping the Kickstarter pledges on 22 September 2015. Firstly, the printed circuit board (PCB) in the finalized Solar Paper for Kickstarter funders and retail will be a different type that will have a charging current of 3A. This allows the Solar Paper to have a maximum of six panels attached at once (bringing the output to 15W). The prototype in our photos had a PCB which took up 2A, and hence could only attach a maximum of four panels. Despite the increase in wattage, Solar Paper can only be used for charging small devices, up to a tablet – so attempting laptop charging is out of the question. Secondly, the finalized version will have not one, but two USB output slots – one for Android, and the other for iOS devices.

Yolk intends to have the Solar Paper retail in brick-and-mortar shops in Singapore, and they are currently looking for a reliable distributor. Meanwhile, you can still grab what’s left of the early bird offers left on their Kickstarter page.