Joining two new smartwatches announced yesterday, Samsung today unveiled its latest wearable, the Tizen-powered Gear Fit fitness band. The sleek wristband sports a curved 1.84-inch Super AMOLED touchscreen display, and includes an integrated fitness manager, heart rate monitor, gyroscope, accelerometer, and Bluetooth connectivity with your smartphone for displaying messages and calls. Like the rest of the devices unveiled at Samsung's Unpacked 5 event, it is IP67 rated against water and dust. Or, as Samsung calls it, 'life-proof'. 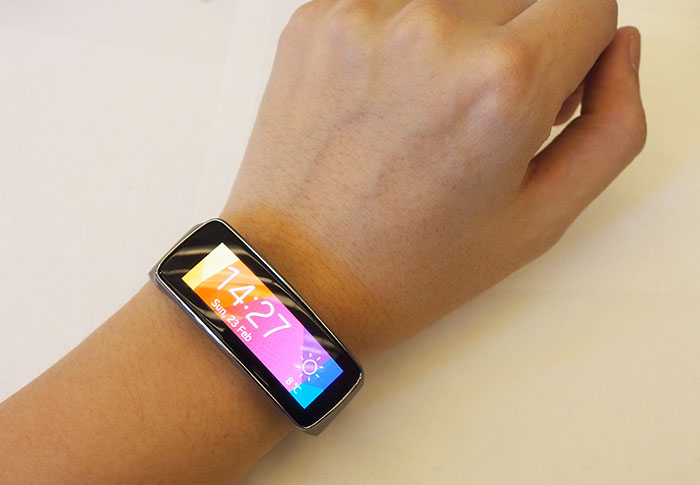 The device is about half the weight of the Gear 2 and Gear 2 Neo, weighing just 27g. The curved display isn't flexible and it might actually be a little too large to comfortably curve around some smaller female wrists, but the majority of guys should be fine. The display boasts a 432 x 128 pixel resolution (244 ppi).

Like the Gear 2 and Gear 2 Neo, the Gear Fit is fitted with a heart rate monitor on its rear that measures your pulse during exercise or rest. 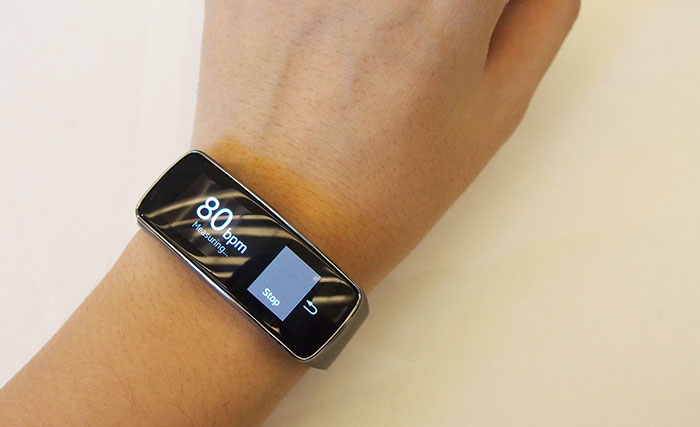 The Gear Fit comes with Samsung's S-Health fitness app pre-installed and includes workout routines for walking, running and cycling. For example, pick the jogging mode and the personal fitness manager will monitor how long you've been going, how far you've travelled, your heart rate, and total calories burned. It will also offer advice on whether to maintain pace, speed up or slow down. 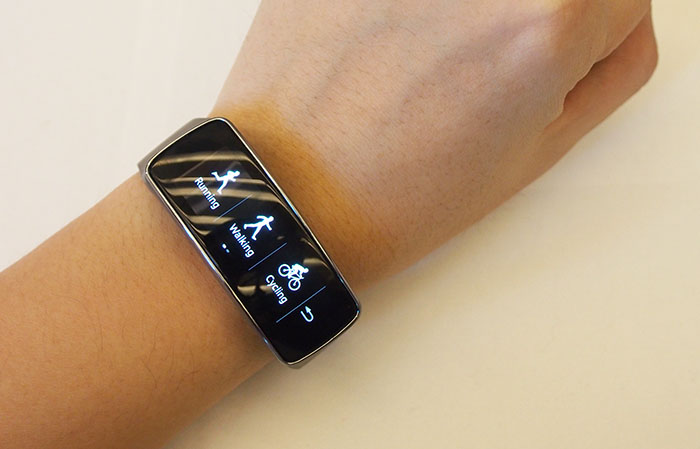 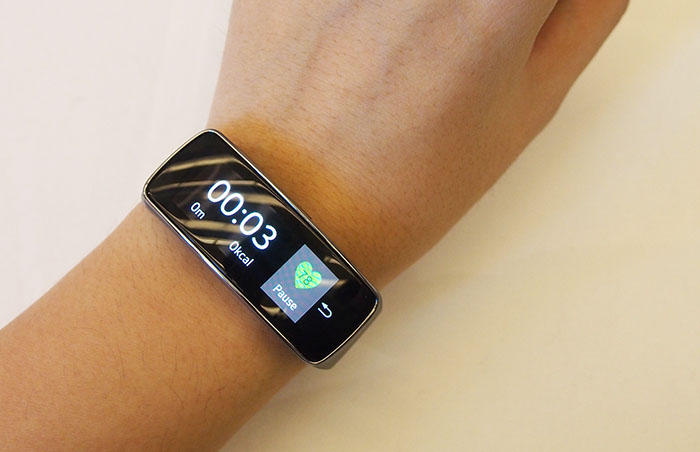 Unlike the Gear 2 and Gear 2 Neo, there's only limited onboard storage in the Gear Fit so data readings are only saved for up to one week. You can, of course, sync the Gear Fit with your computer or smart device and save more data there.

Bluetooth connectivity will display missed calls, messages and other alerts on the Gear Fit's display. Like the Gear 2 and Gear 2 Neo you can also control music on your smartphone with it - unfortunately, as it doesn't have much internal memory, you can't use it as a standalone mp3 player.

The Gear Fit won't accept standard watch straps, but Samsung has made it very simple to just pop out the module and install a new one, with a variety of different colors and designs to be made available when the Gear Fit launches later this year. 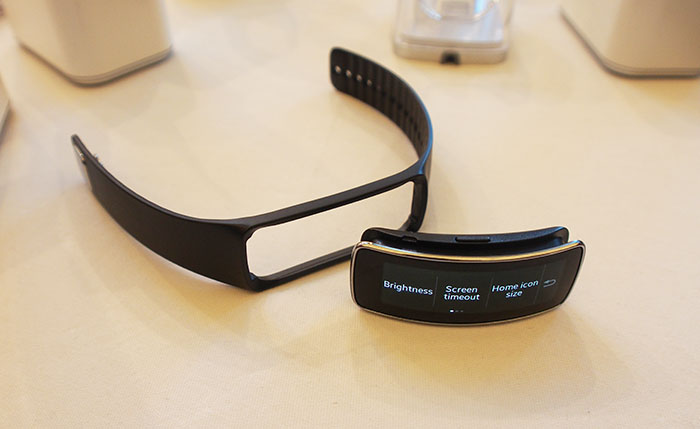