While MWC 2014 may not officially kick off until tomorrow, Samsung has jumped the gun by unveiling its new second-generation smartwatches, the Gear 2 and Gear 2 Neo (Samsung doesn't use the Galaxy branding for its non-Android devices - more on that later), a day early.

While they're not Galaxy Gears, both watches still serve as sequels to the Galaxy Gear smartwatch, which was released less than six months ago to mixed reaction. 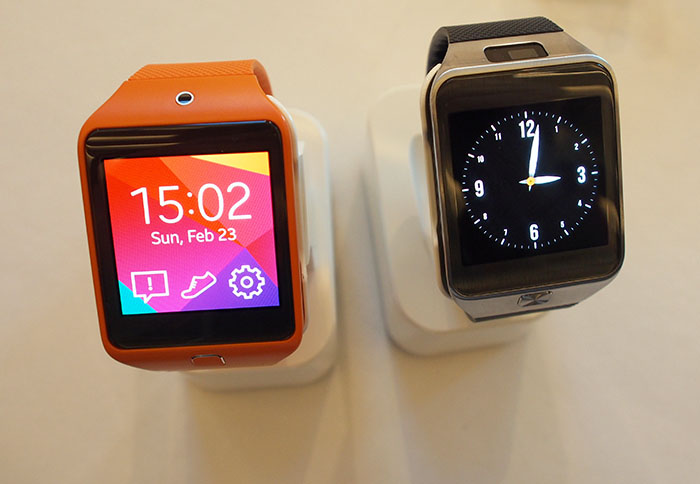 The overall design is essentially unchanged, with similar dimensions but a slightly thinner and lighter build. Like the Galaxy Gear, both the Gear 2 and Gear 2 Neo sport a 1.63-inch Super AMOLED display with a resolution of 320 x 320 pixels, and are powered by 1GHz dual-core processors and 512MB RAM. They also retain the Accelerometer and Gyroscope of the Galaxy Gear, and add heart rate sensors and an IR blaster, the latter of which can be used to turn the watch into a universal remote. One nice new addition found on both models is a Home button which lets you quickly get back to the clock display with a single press.

The only difference between the two models is that the Gear 2, like the original Galaxy Gear, sports a 2MP camera - this time on the watch itself rather than the strap - whereas the Gear 2 Neo does not. As such, the Gear 2 is slightly heavier at 68g, while the Gear 2 Neo is just 55g – for reference, the Galaxy Gear weighed in at 73g. 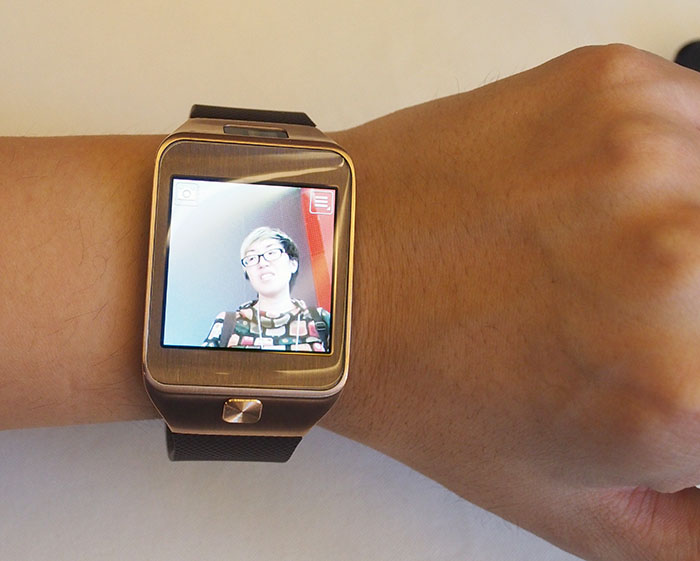 As a nice touch, with the camera removed from the strap, both watches now accept standard 22mm straps, which makes customization much easier. 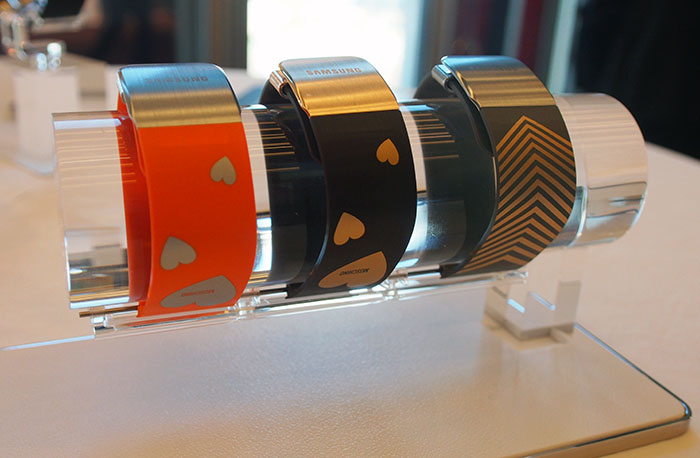 The most interesting new addition is the heart rate sensor found on the back of each watch, which gives the Gear 2 and Gear 2 Neo some much needed standalone functionality thanks to a few pre-installed fitness apps that don’t require pairing with your smartphone – essentially letting each watch double up as a smart fitness band. Samsung says that more standalone apps are also available to download and more will be added in future. Both watches also boast improved dust and water resistance, rated at IP67 (up from IP55 on the Galaxy Gear) so you could probably wear them while swimming. 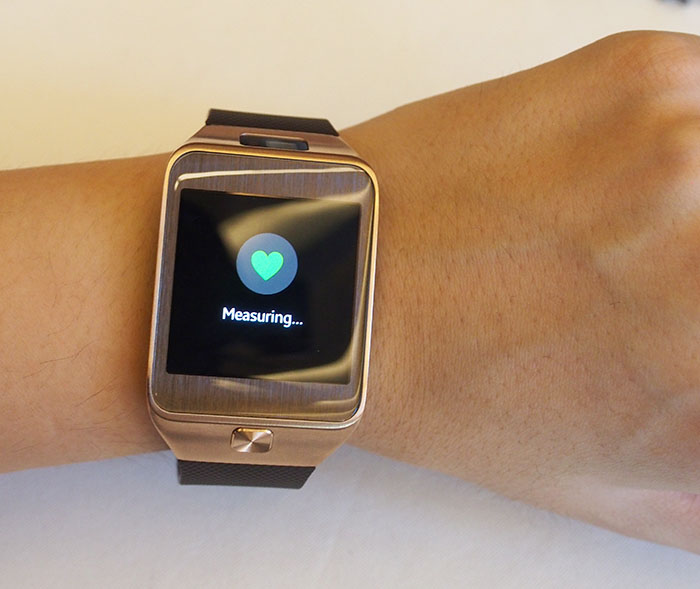 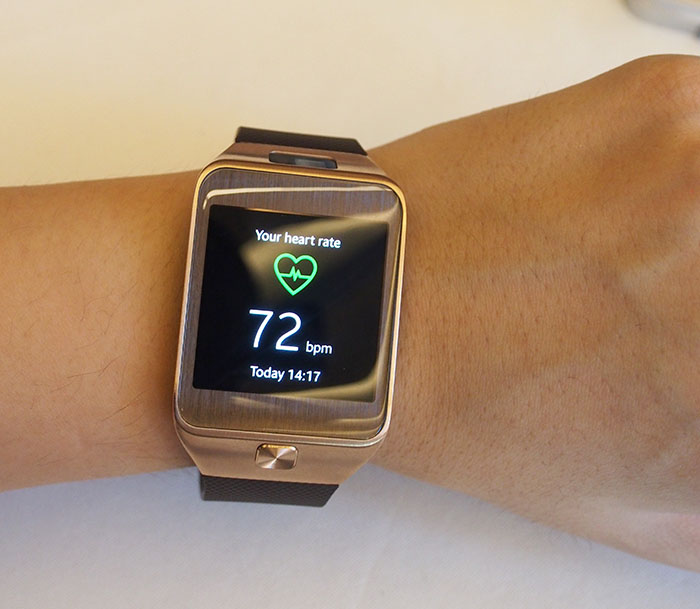 Each watch also has 4GB of onboard storage, and a music player app, so you can transfer songs onto them and play them with a pair of Bluetooth headphones – useful if you want to go jogging, but don’t want to bring your smartphone along with you. Of course, if you do have your smartphone with you, there’s a music controller app to play music from that as well. 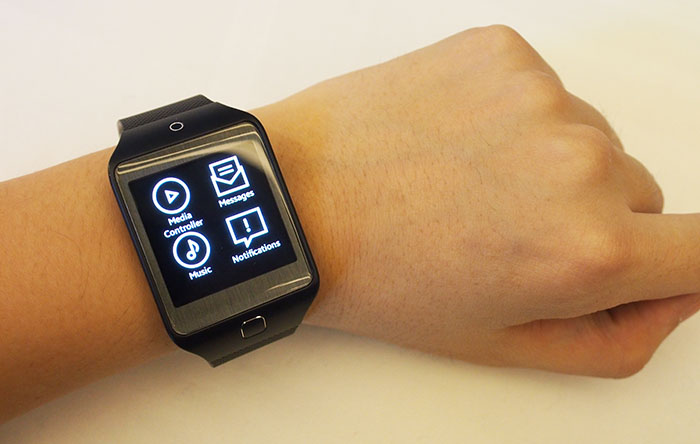 One of the big downfalls of the Galaxy Gear was its poor battery life, which Samsung itself estimated at just ‘about a day’. Worryingly, the battery has actually shrunk on the Gear 2 and Gear 2 Neo to 300mAh, down from 315mAh on the Galaxy Gear. Despite this, Samsung now estimates battery life at 2-3 days, which isn’t that long, but still a significant improvement. It remains to be seen if that claim is true.

Finally, one change that will probably go unnoticed by most users, but certainly has interesting implications can be found under the hood. Neither the Gear 2 nor Gear 2 Neo is running on Android OS, as Samsung has opted instead for Tizen, which, like Android, is a Linux-based operating system. In our limited time with the new devices, we didn’t notice any major differences with Tizen, but it’s definitely interesting to see Samsung experimenting with a new OS. Could this mean changes to come with Samsung's smartphones and tablets in the future? It’s certainly an intriguing possibility.

While the original Galaxy Gear was designed for use with the Galaxy Note 3, both the Gear 2 and Gear 2 Neo will be compatible with 17 Samsung devices at launch. Both models will be available in 150 countries on 11th April, however pricing is currently unknown.