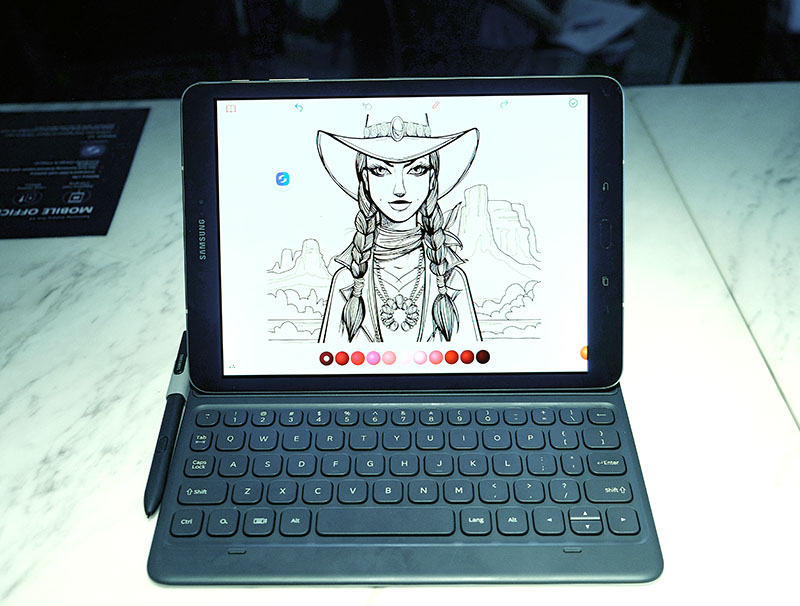 Samsung introduced a new high-end tablet at MWC 2017, the Galaxy Tab S3, and based on its specs and features, it's obvious that the Korean company is gunning straight for Apple's 9.7-inch iPad Pro. 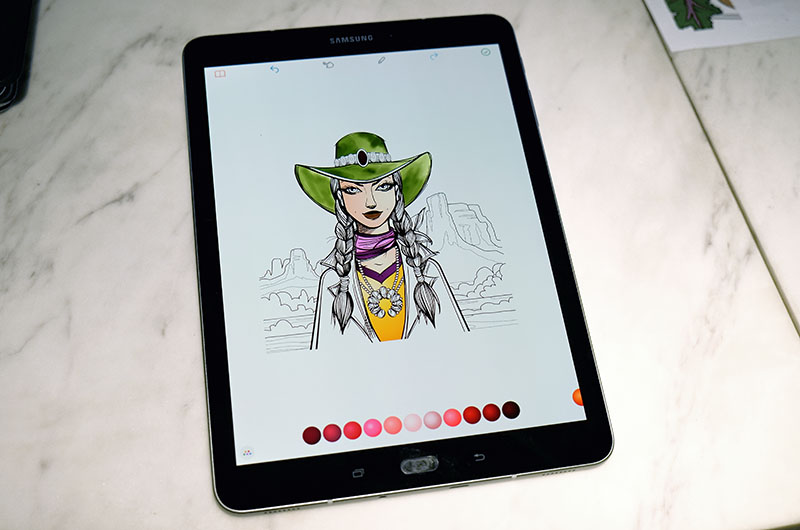 Samsung tends to upgrade the build quality of its devices with each new model, and the Tab S3 is no exception. While its predecessor, the Tab S2, had a metal frame and a plastic back, the Tab S3 has a glass back with a metallic material underneath, much like Samsung’s Galaxy line of smartphones. 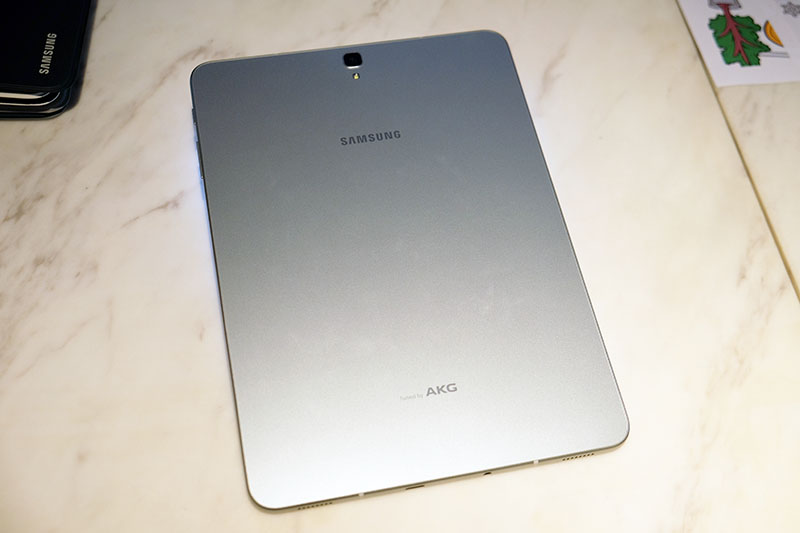 Like the Tab S2, the Tab S3 is super slim, measuring just 6mm thick, and it's also quite light with the LTE version coming in at just 434g and the Wi-Fi version a mere 429g.

The 9.7-inch tablet has a 2,048 x 1,536 Super AMOLED display that now supports HDR video, and for the first time on a Samsung tablet, it also has four stereo speakers (two on the bottom and two on top) that have been tuned by AKG. 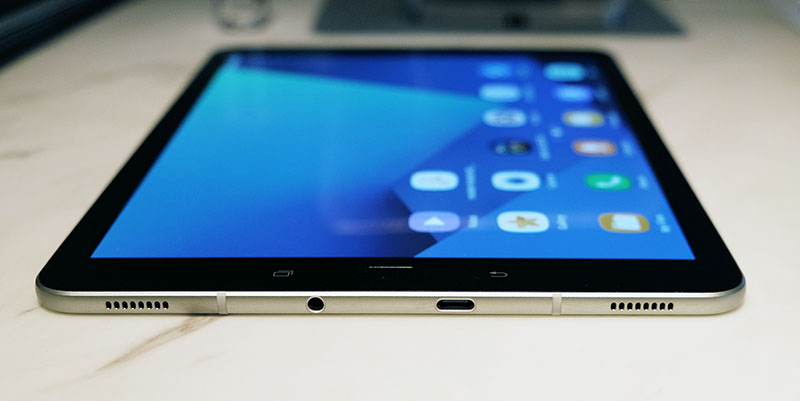 Specs-wise the tablet is powered by a Qualcomm Snapdragon 820 processor with 4GB of RAM and 32GB of storage. We're a little surprised Samsung opted for the older 820 processor, instead of the much newer 821, or even one of its own Exynos chips. A microSD card slot supports memory expansion up to 256GB. Fortunately, the tablet runs on Android 7.0 Nougat, so at least the underlying OS is up-to-date.

New to the Tab S3 is stylus support in the form of Samsung's popular S Pen (while Samsung's Tab A series does have stylus support, the Tab S2 did not). The new S Pen that comes bundled with the Tab S3 is much thicker than older S Pens and feels more like an actual pen. The tip, however, is thinner at just 0.7mm and now has 4,096 levels of pressure sensitivity. Many of the new S Pen features on the Tab S3 have been taken directly from Samsung's short lived Note7, including screen capture, translate, magnify and screen-off memo. Watch the following video for a closer look at some of these features!

One thing to note about the S Pen is that there's no slot to store it in the Tab S3, so if you're anything like me, the chances of losing it are probably pretty high. Sigh.

Further enhancing the productivity capabilities of the Tab S3 is an optional POGO keyboard case, which attaches to the bottom of the tablet via pogo pins. It pairs automatically and doesn't need to be charged like a Bluetooth keyboard. The keyboard feels sturdy and has a surprisingly generous amount of travel, but it unfortunately isn't backlit. 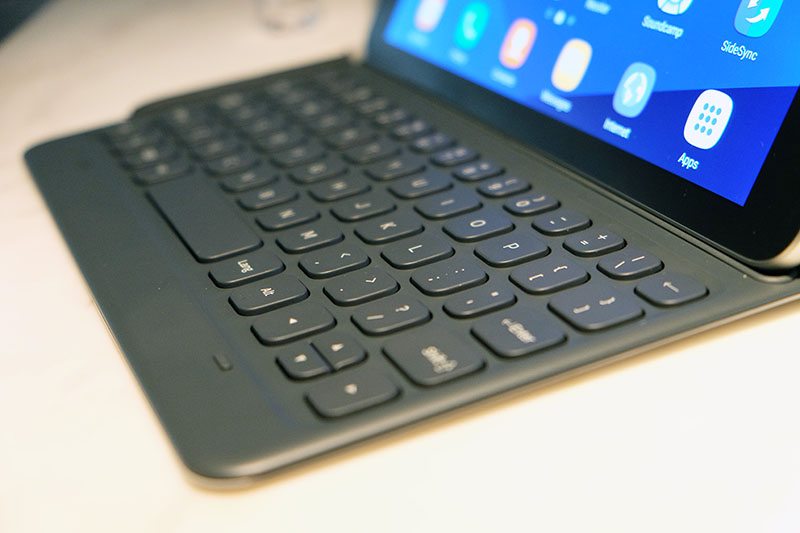 There's a small loop on the side of the keyboard case that lets you store the S Pen, but it feels like a bit of an afterthought and it doesn't look very secure.

Alternatively, if you don't need a keyboard, there's also a standard Book case that just protects the front and back of the tablet.

So far the Tab S3 matches Apple's iPad Pro 9.7 in pretty much every category with its display, stereo audio, stylus, and keyboard support, but unfortunately we still don't know how competitive it will be compared to the iPad Pro, because Samsung is refusing to reveal the price. Right now, Samsung Singapore is only willing to reveal a vague release date of "Q2 2017" and that both Wi-Fi and LTE versions will be available in two colors: black and silver. We'll update this piece when we know more details.