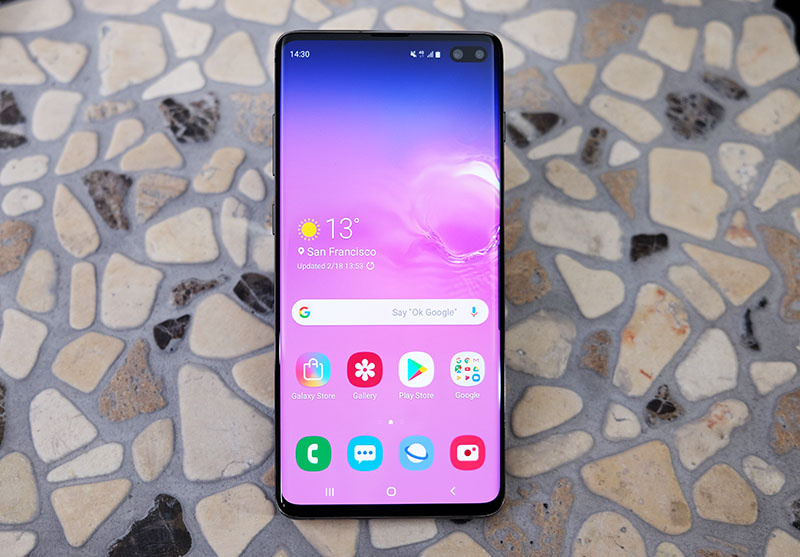 The S10+'s dual front camera means that it has a larger oblong-shaped camera cutout. It's a lot more noticeable than the smaller hole punch-shaped cutouts on the S10e and S10, but it's still better than a huge notch. 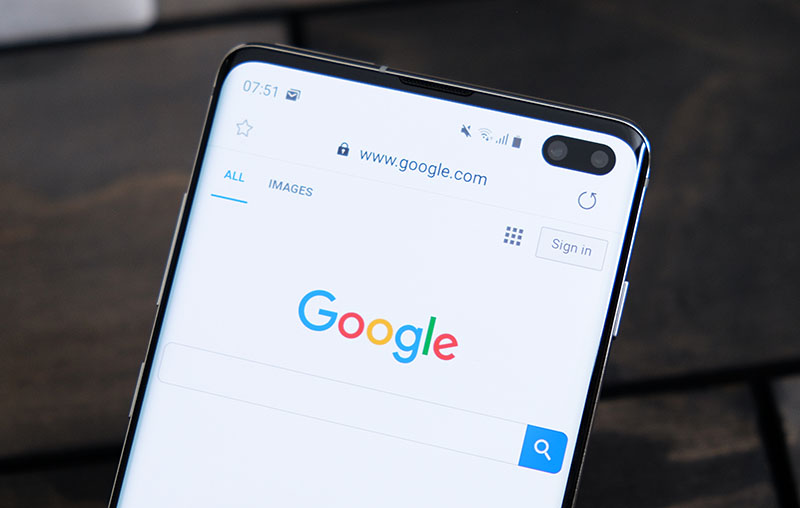 While the S10+ has a larger display, the longer camera cutout means it actually has the same 93.1% screen-to-body ratio as the S10. It also has the same 7.8mm thickness as the S10, however, it is quite a bit heavier at 175g. Like the S10, the S10+ has an embedded Ultrasonic fingerprint scanner.

Along with the standard Prism colors, the S10+ will also be available in two premium ceramic finishes: Black and White. 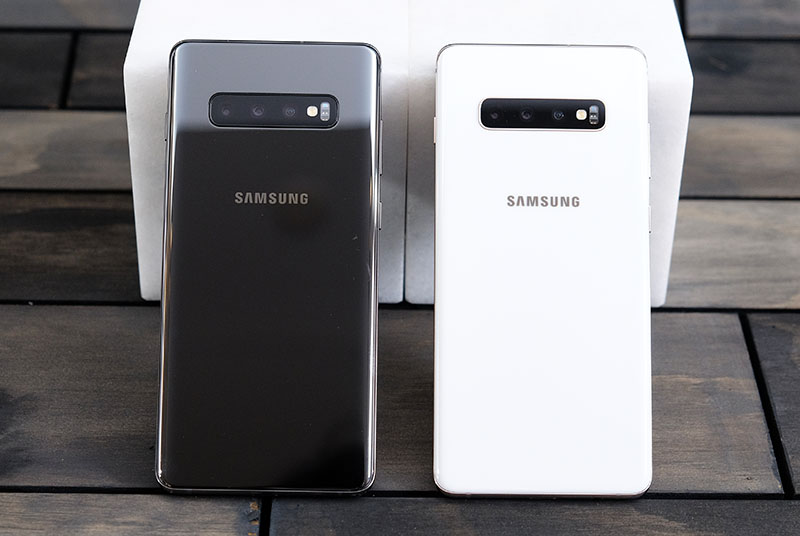 The Ceramic Black model is particularly nice, thanks to its metallic and ultra-reflective finish. However, both Ceramic models are also a little heavier at 195g. 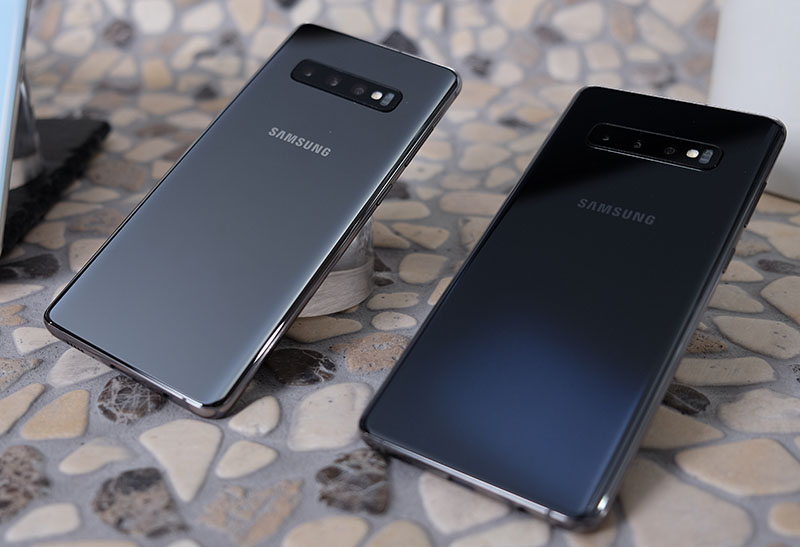 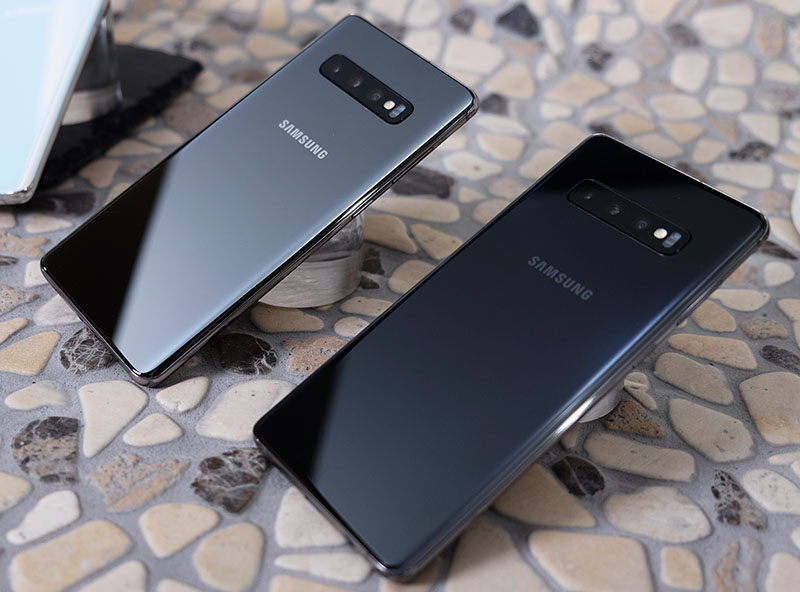 Thanks to its larger size, the S10+ also has space for a much bigger 4,100mAh battery.

Unfortunately, the S10 5G was not available at the hands-on session I attended, however, I was able to learn a few things about it. As you can probably tell by the name, the 5G's biggest draw is its 5G connectivity, however, it also has a larger 6.7-inch Dynamic AMOLED display, which would make it the largest display Samsung has ever put on a Galaxy device - and also 0.2-inches bigger than rival Apple's iPhone XS Max.

It apparently also has a 5,000mAh battery, which would make it the biggest battery Samsung has ever put in a Galaxy device. It also an extra ToF camera on the back of the phone, bringing its total count up to a whopping six. The rest of the specs, from the dual front cameras to the Ultrasonic in-display fingerprint scanner appear to be identical to the S10+. 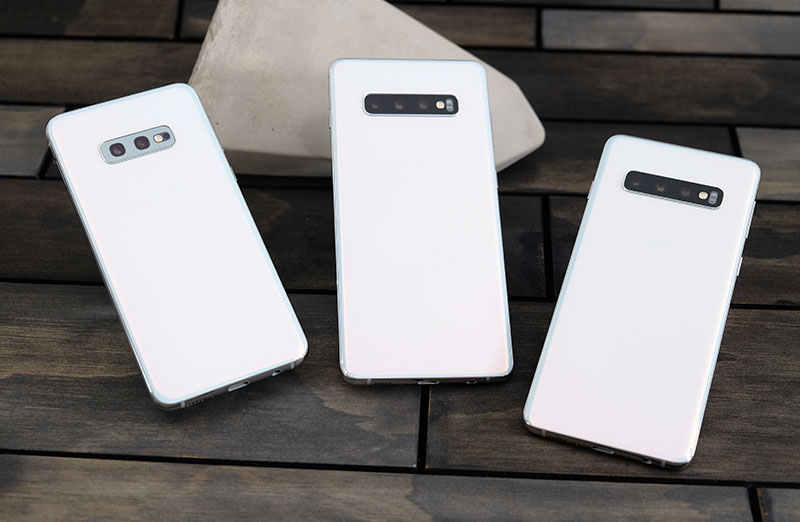 This is the first time Samsung has launched four variants of an S flagship at the same time. Normally when a company does that, the models are all a bit too similar, but to Samsung's credit each model in the S lineup offers enough to stand alone as its own model. The S10e is a great choice if you want flagship features and performance, but you don't need or want to pay more for extras that are arguably unnecessary, like a curved display, QHD+ resolution, and an in-display fingerprint scanner. Arguably the biggest thing you're missing out on is the telephoto rear camera, which isn't a must-have either.

The S10 and S10+ are much closer in spec, and personally I would probably opt for the S10 between the two of them. The single front camera is much less obtrusive and the rest of the specs are basically the same. However, if you do take a lot of selfies, and you really want the most realistic bokeh for Portrait mode shots, the S10+'s secondary depth sensor, and larger display is worth upgrading to. The ceramic finishes that are exclusive to the S10+ are also much nicer than the standard finishes.

Finally, if you want to futureproof yourself for 5G, or you just want the absolute biggest display you can get, the S10 5G is the only choice for you. Unfortunately, this option won't be available in Singapore since we're nowhere near having an official 5G infrastructure.