Ahead of CES 2014 today, we were given the opportunity to test drive four spanking new tablets from the Samsung Galaxy series. The four new devices in the line-up are the Galaxy NotePRO (12.2-inch) and TabPRO (12.2, 10.1 and 8.4-inch). Each of these new tablets will come with a high resolution WQXGA display (2560 x 1600), similar to the Galaxy Note 10.1 (2014 Edition). However, unlike most tablets, the new PRO series will focus more on improving productivity as well as enhancing consumption of content on the devices. Samsung's goal with the new series of tablets is to combine the best of both worlds into one device, entertainment and productivity. 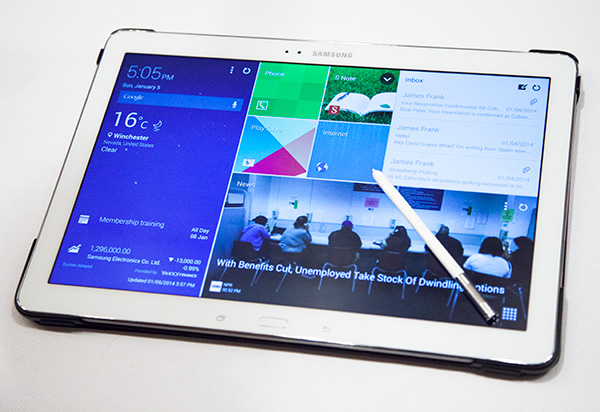 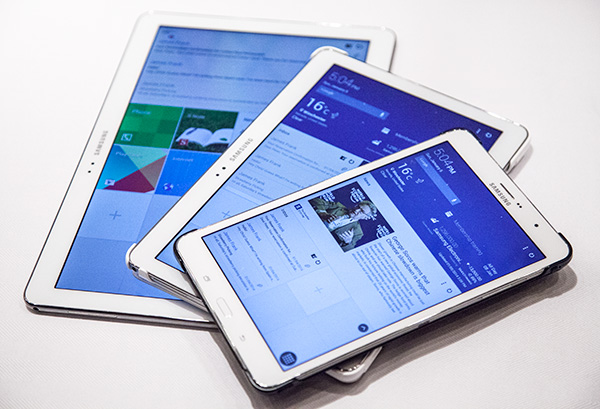 Let's look at the specifications of the four devices below.

From the specifications above, you can tell that the four tablets are pretty much similar in terms of build except for the screen sizes. Even the processors used in each of the tablets are very similar in speed and performance although the use of either the Samsung Exynos 5 or the Qualcomm Snapdragon 800 may vary in certain markets - much like how they've varied the use in their other mobile devices. Between the NotePRO and TabPRO 12.2-inch devices, they are literally a copy of each other except for the NotePRO which comes with an extra feature, which is the S Pen. Between the 12.2-inch and the 10.1- and 8.4-inch variants, the differences are subtle except for minor differences in connectivity (USB 3.0 vs. USB 2.0), memory size (3GB vs. 2GB) and battery capacity (to state the obvious). 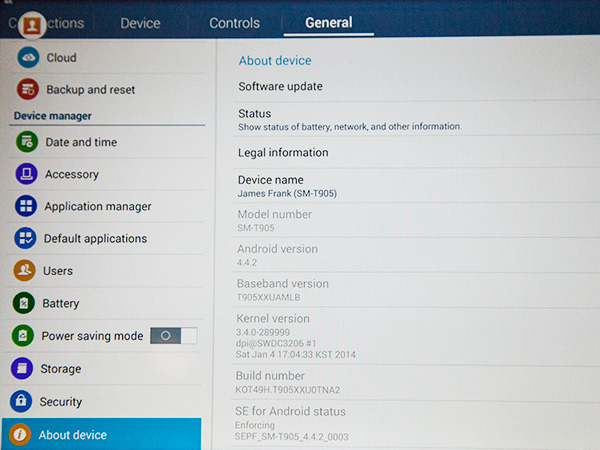 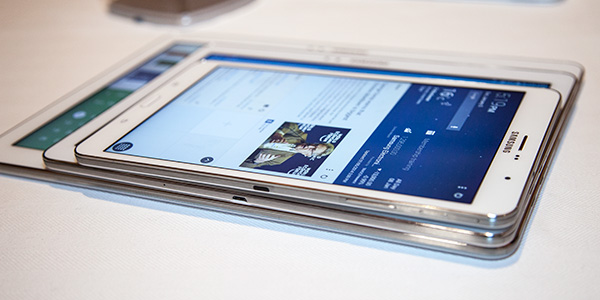 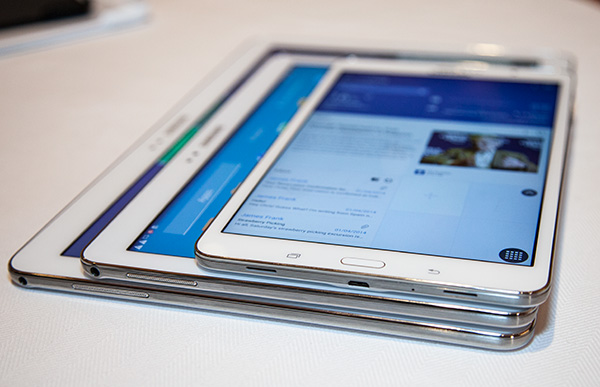 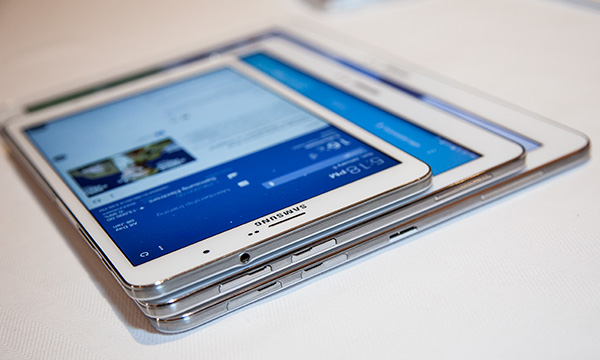 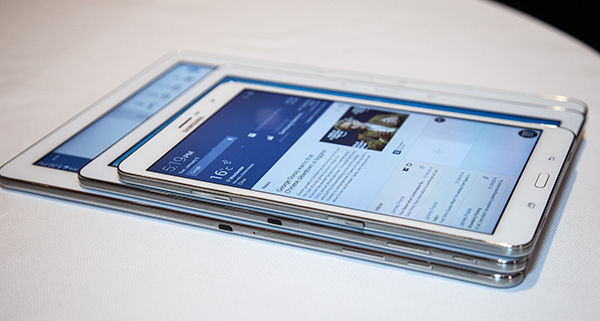 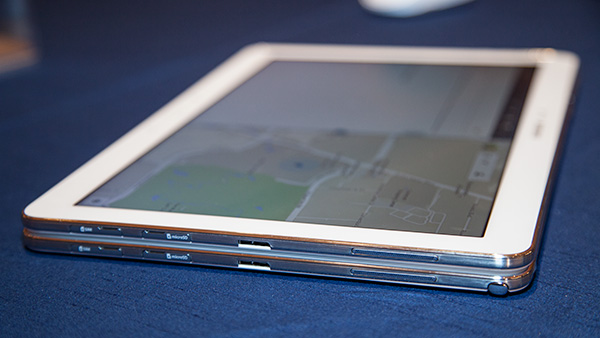 One of the biggest changes you'll find in the new tablets is the addition of the new Magazine UX interface which allows users to customize their tablet's experience based on their own needs. Instead of an icon-based interface, the Magazine UX changes the look of the tablet's home screen with an easy-to-use dashboard that is easily customizable. The dashboard will display automatic feeds and news updates while giving users easy and direct access to most frequently used apps. However, the uncanny resemblance of the Magazine UX to Windows 8's Metro UI can be a little off-putting especially for those who have avoided Windows 8 because of its clunky interface. Still, it's not difficult to see why the concept of Live Tiles is so attractive to the tablet user as content and dynamic updates can be accessed easily without really going into the app. 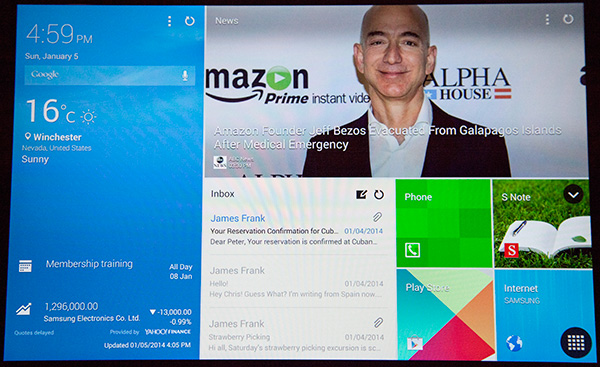 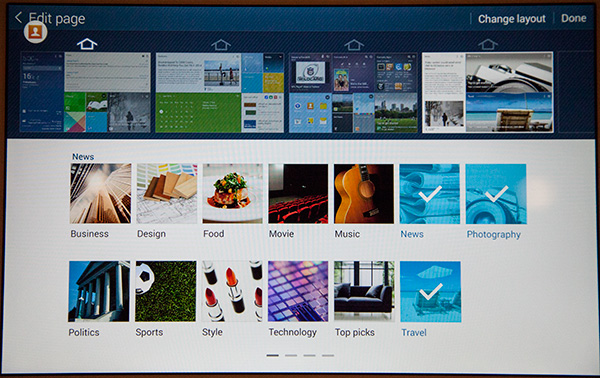 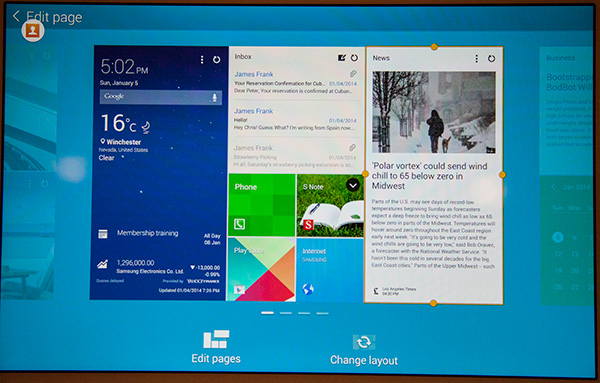 The Magazine UX interface comes with three pages of icons already preconfigured by default where the first page is your personal space. This is where you'll find most of your personal info like calendar and emails. The second page is for productivity and the third is for social media. Obviously, you can change the arrangement if you prefer a different layout but the Magazine UX is currently limited to a maximum of only 5 magazine screens.

Samsung is also extending its multi window support on the new tablets with split screen multi-tasking on up to four different windows. The resizable windows will allow you to be more productive on the tablet, especially when it comes to moving and accessing data across apps - like on a laptop or desktop PC. The new multi window feature will also allow you to run two instances of the same app at the same time - especially useful when you're editing two word documents or two excel sheets at the same time. Besides that, Samsung has also enhanced the virtual keyboard with a new layout that resembles the full PC keyboard, complete with number and arrow keys. 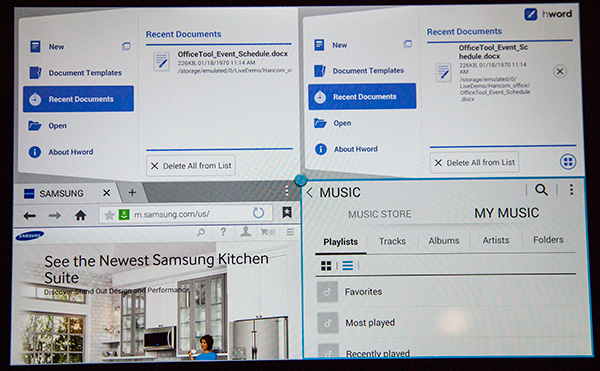 To further improve the user's productivity on the new tablets, Samsung will also be bundling a remote PC app that allows users to remotely access their PC at home or work, anytime and anywhere. The remote access software even goes as far as allowing you to drag and drop files between the PC and tablet.

The new Galaxy NotePRO and TabPRO tablets will be available sometime in the first quarter of 2014 and the selection of the four new devices will vary according to countries. 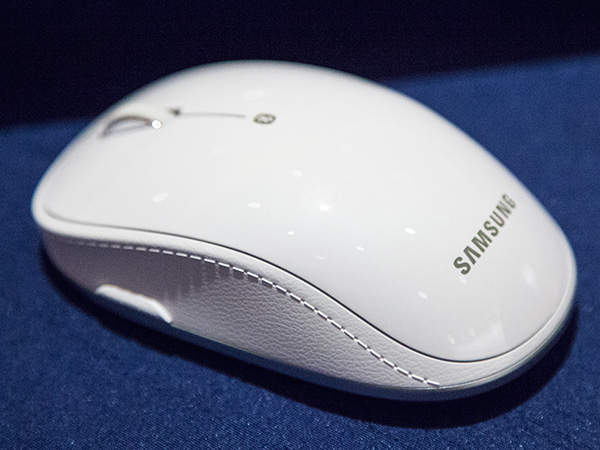