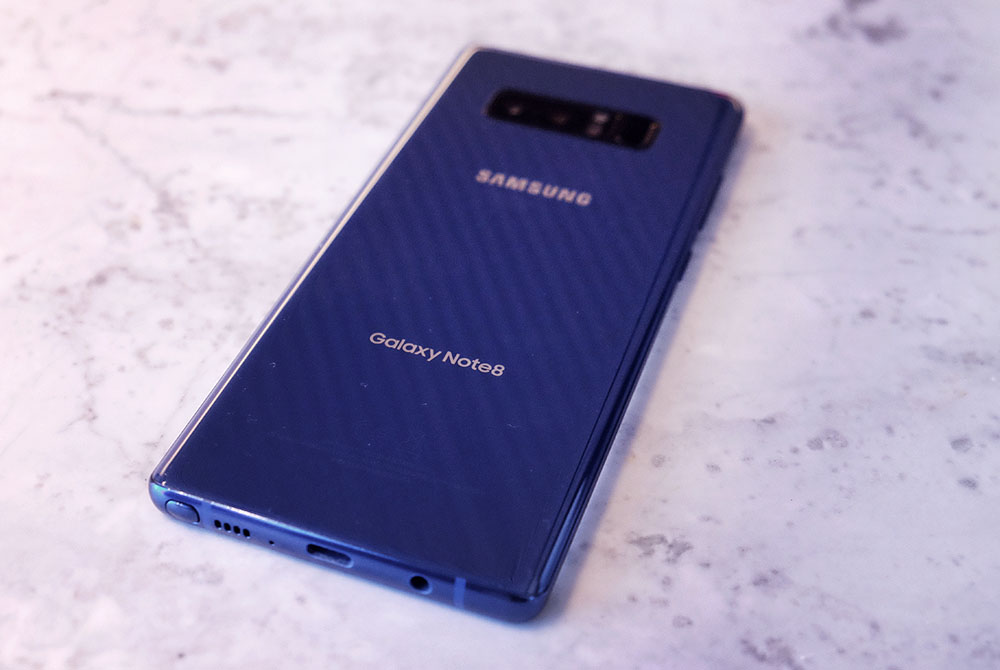 With the display on Samsung's Galaxy S8+ growing to 6.2-inches, the Note series is no longer Samsung's only flagship phablet. So what makes the Note8 different from the S8+? Well, there's the S Pen and its suite of productivity and creativity features of course. And for the first time on a Samsung phone, you also get a dual rear camera setup with OIS on both lenses. Here's a quick video overview before we dive into the details:-

As expected, the Note8 uses basically the same Infinity Display design as the S series, with the display curving at both edges and cascading over the sides like an infinity pool. There are no physical buttons on the front and only tiny bezels at the top and bottom. I absolutely loved this design when I reviewed the S8, saying that "it really feels like you're holding just a display in your hand" and that's just as true with the Note8.

There are some subtle differences between the Note8 and the S8 but they're hard to spot. First of all, the corners of the display aren't as rounded as they are on the S8. According to Samsung, the more squarish corners is to give the Note8 a more professional look. Secondly, the curved edges on the side of the display are steeper than they are on the S8. 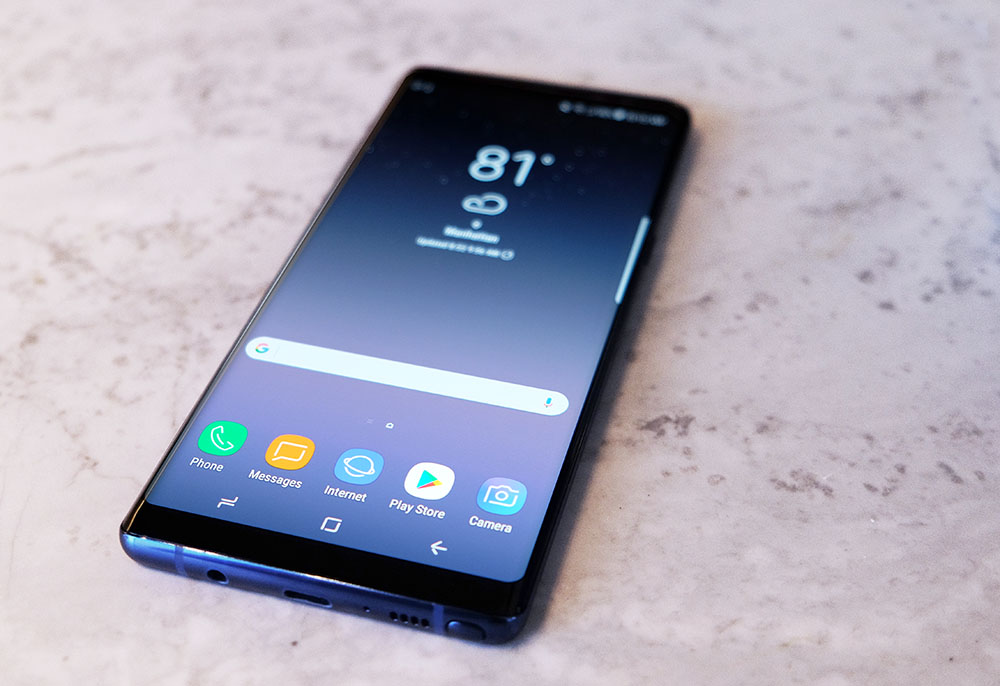 The Note8 has a 6.3-inch display, making it just 0.1-inches bigger than the S8+. In hand it feels almost identical to the S8+, except that it's slightly thicker. The phone measures 162.5 x 74.8 x 8.6mm making it a tiny bit longer and wider, and 0.5mm thicker than the S8+. At 195g, it's also 22g heavier than the S8+. Compared to last year's Note7, the Note8 is also slightly longer and wider, but also quite a bit thicker and heavier. Of course, like the S8 it's IP68 dust and water resistant, which means it can withstand up to 1.5 meters of water submersion for up to 30 minutes at a time.

Like the S8 and S8+, there's a dedicated Bixby button on the left-side of the phone, just below the volume rocker. Unfortunately, it seems like there's still no option to remap this button for another purpose.

The power button is once again on the right side, while the 3.5mm headphone jack and USB Type-C port and single speaker remain on the bottom. The S Pen port is also tucked away here. 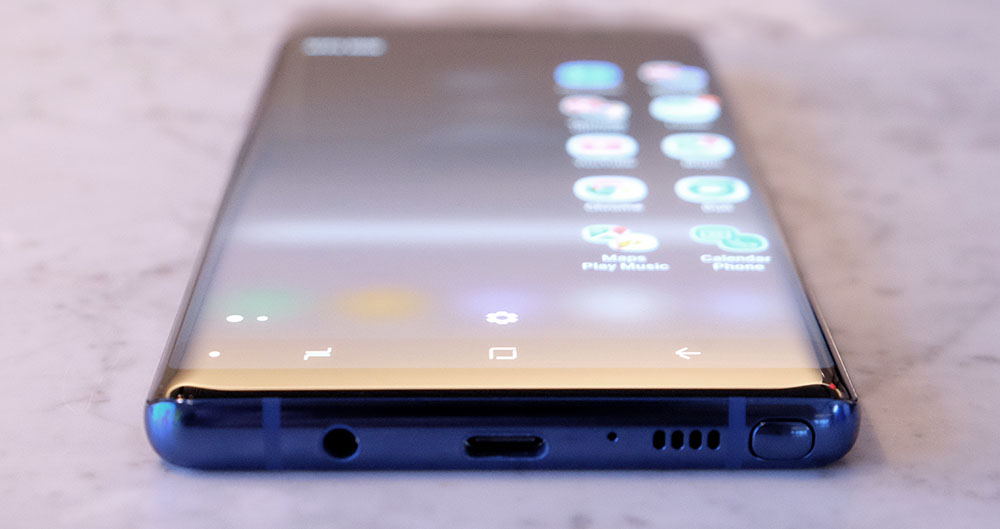 On the rear of the phone, there's a glass panel that also curves at both sides, mirroring the design of the front display. Back here, you'll also find the Note8's standout new feature: a dual rear camera setup that pairs a 12-megapixel telephoto f/2.4 lens with a 12-megapixel wide-angle f/1.7 lens. The setup works almost exactly the same as Apple's iPhone 7 Plus, giving you 2x optical zoom and a background blurring mode that Samsung calls Live Focus (more on that below).

Unlike the S8, which had each of the rear camera's individual elements embedded separately into the rear of the phone, all of the Note8's camera elements, as well as the fingerprint scanner (yes, unfortunately, it's still awkwardly positioned back here), sit inside a black rectangular module. This arrangement looks fine on the Midnight Black color but the big black box is a bit of an eyesore on the rest of the colors, especially with the box inside a box design to include the fingerprint scanner. 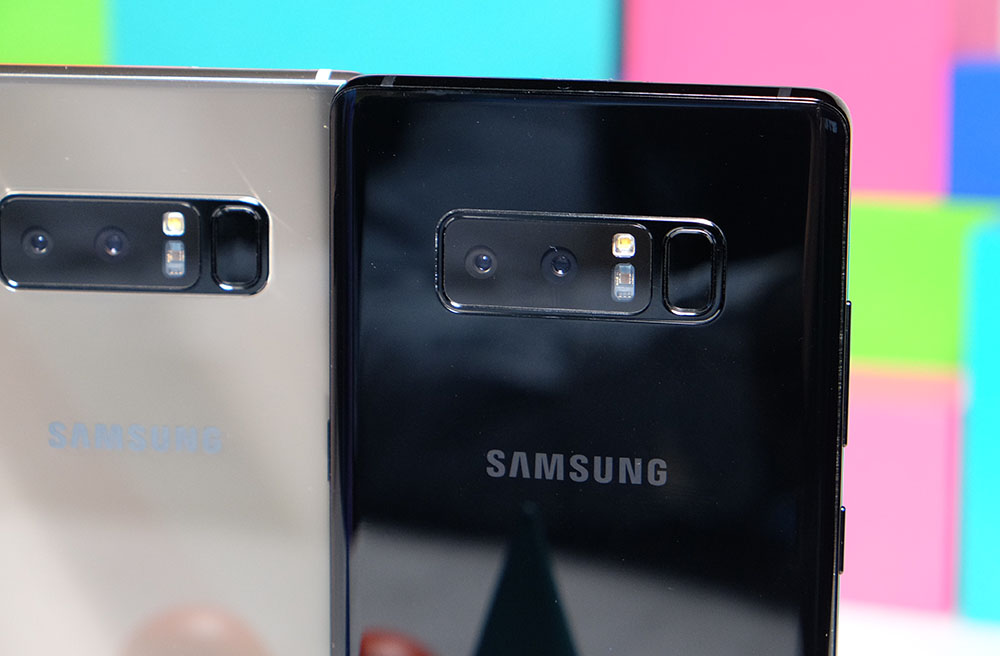 Speaking of colors, the Note8 will be available in four colors: Midnight Black, Orchid Grey, Maple Gold and the new Deepsea Blue, which is a darker version of the S8's Coral Blue, and probably my favorite color - if not for the unsightly black camera box. Personally I'd probably buy the Midnight Black color just because the camera box blends in so much better. It's unknown yet if Samsung Singapore will be bringing in the Deepsea Blue color at launch, but if previous phone launches are anything to go by, prepare for disappointment.

The unusual screen ratio also means that many apps will display with black bars at the edges, as they're made with a 16:9 ratio in mind. Having said that, since the S8's launch, quite a few apps have been updated to support 18.5:9 ratio so the problem isn't quite as bad as it was before. 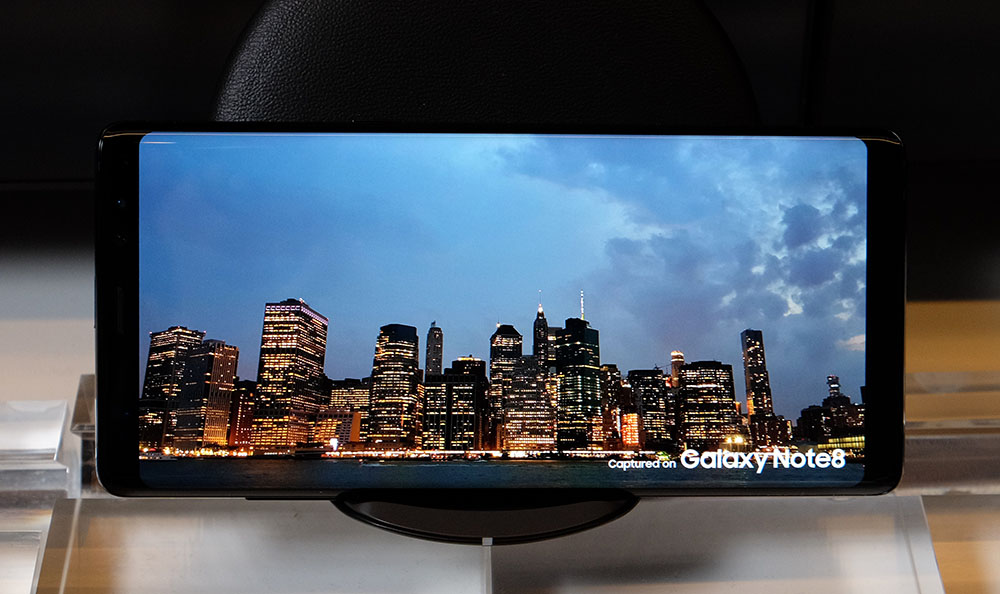 One of the best uses of the S8's ultra wide screen display is using Multi-Window to show two apps side-by-side. For added convenience, the Note8 now includes a new feature called App Pair that lets you pair two apps together and launch them simultaneous in Multi-Window mode from the Apps Edge screen. For example, if you always have Google Maps and Spotify open together while driving, you can use App Pair to automatically launch them both at the same time. 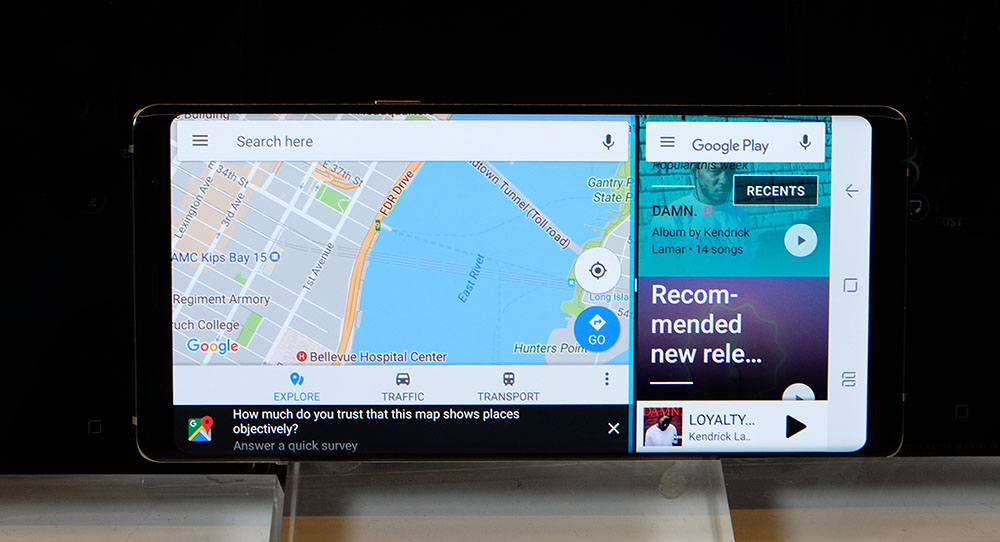