From the Galaxy Comes an Android Camera

What does Samsung, Nikon, and Polaroid have in common? An Android-powered digital camera, that’s what. In Berlin, Germany today, Samsung announced the Galaxy Camera. On paper, this looks like a mighty impressive camera. It has a 16.3-megapixel backside-illuminated CMOS sensor, an incredibly far 21x optical zoom lens (for a 35mm focal length equivalent of 23-483mm) with an F2.8 aperture at the widest end, and a high density (308ppi, to be exact) 4.8-inch LCD touchscreen. Wait, who actually quotes a camera display’s pixel density? Isn’t that a spec typically used on a smartphone or tablet display? Well, Samsung does. And when you delve deeper into the specs sheet of the Galaxy Camera, you may begin to wonder if you’re reading the specs sheet of a Galaxy smartphone. For one, the Galaxy Camera runs on Android 4.1 Jelly Bean. Secondly, it’s equipped with a quad-core 1.4GHz processor. Besides Wi-Fi 802.11a/b/g/n, Bluetooth 4.0, and GPS support, Samsung has added cellular connectivity (3G and 4G) to the camera. This is the first Android camera we know that does 3G/4G. And guess what? The camera listens to you too. You can control the lens and the shutter release using just your voice, by giving commands like ‘zoom in’ and ‘shoot’.

To take advantage of the quad-core processor, there are software features aplenty on the Galaxy Camera. For example, there’s a Smart Pro feature which basically consists of 10 preset scene modes, with very descriptive names like Macro, Rich Tone, Waterfall Trace, Beautiful Sunset, and Vivid Fireworks. Then, there's the Photo Wizard with 35 photo editing tools. The Galaxy Camera shoots full HD 1,920 x 1,080-pixel videos at 30fps, and in-camera edits can be performed using the Photo Wizard. A Smart Content Manager helps you create folders and tag faces, and may even suggest photos to delete. The Smart Camera comes with 8GB of internal memory, and this is supplemented by a microSD card slot that accepts microSDXC cards up to 64GB in capacity. But since the camera has Internet connectivity, you can choose to have photos backed up onto the cloud by way of Samsung’s AllShare content sharing service. And with Share Shot, photos can be shared at the same time as you shoot. 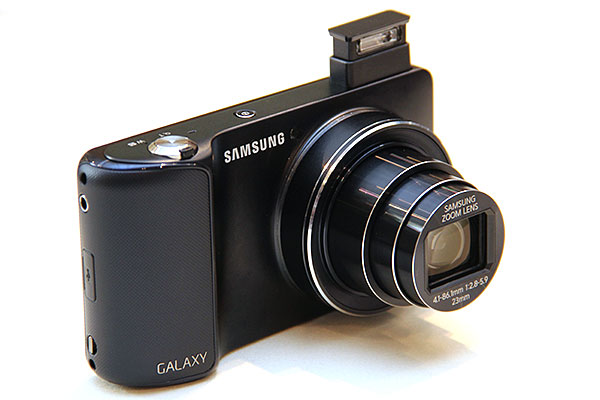 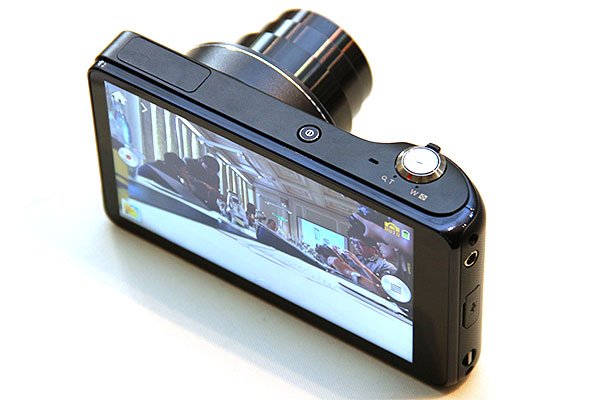 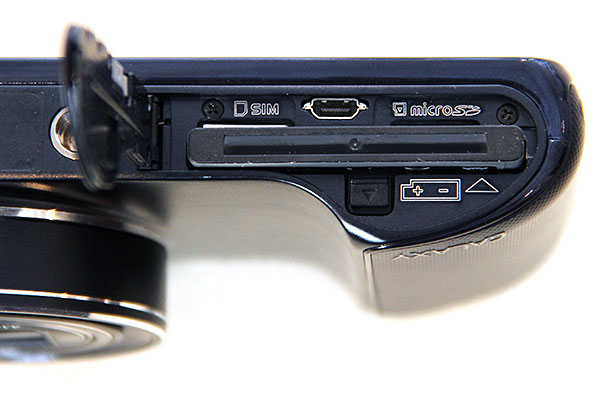 Of course, running on Android means that the Galaxy Camera can operate beyond a photo capturing or a Web browsing device. Apps can be downloaded from app stores and marketplaces like Google Play and Samsung Apps. Want to upload your photo to Instagram immediately after you shot it, or fancy a round of Angry Birds while your phone is charging? All these can be done on the Galaxy Camera.

There's no word on the Singapore pricing of the Galaxy Camera. But we've heard that in the U.S., it'd be priced around US$500. Looking at the high-end specs, we wouldn't be surprised if it ends up more expensive than that when it finally reaches our shores. 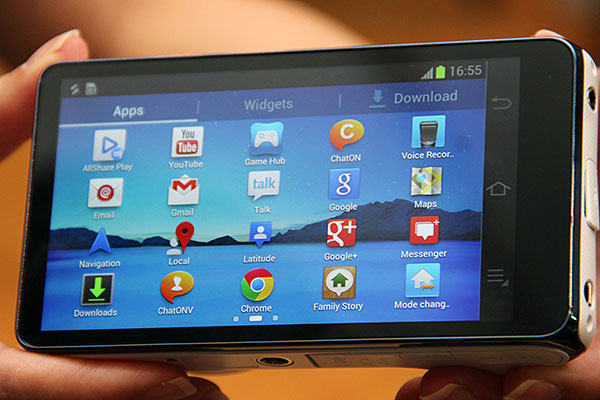 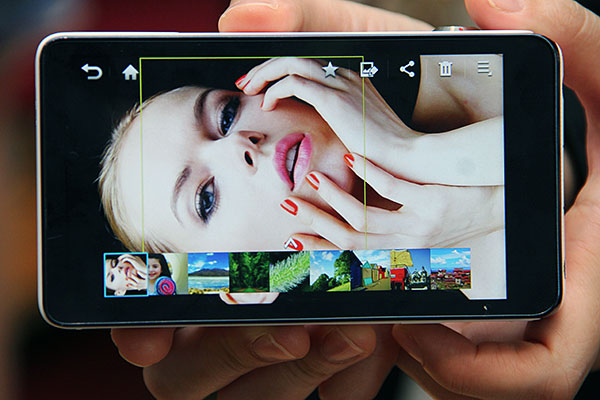 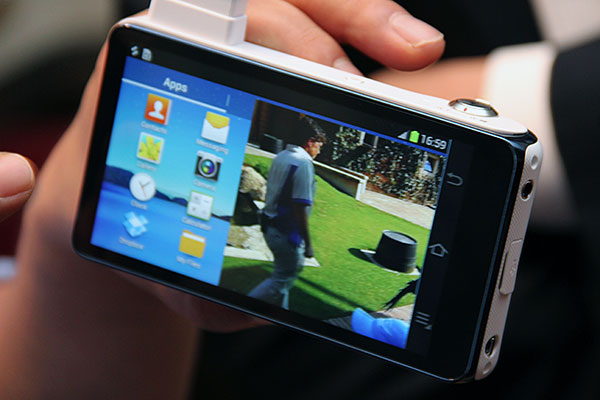 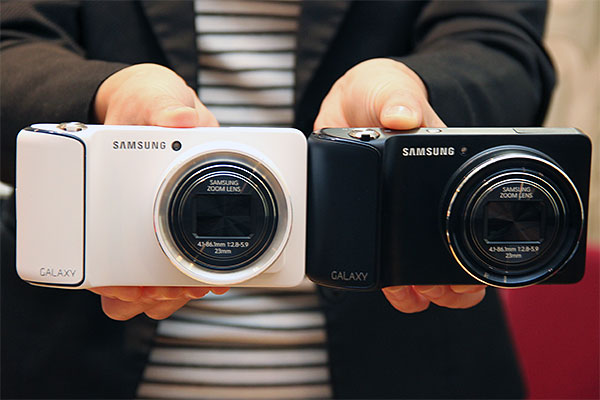