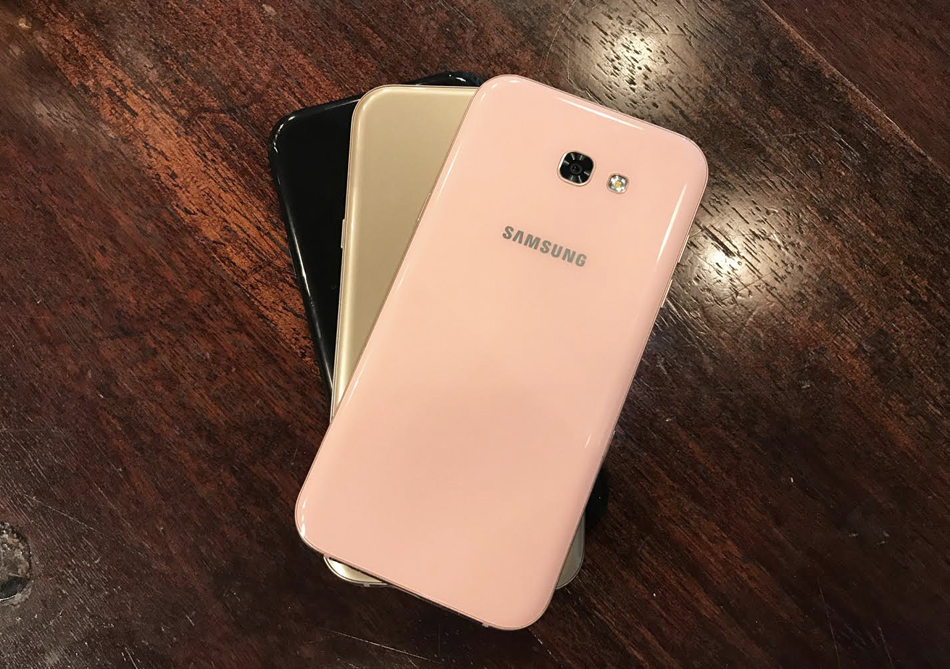 Following the global announcement two days ago, Samsung Singapore has now revealed availability and pricing details of its refreshed Samsung Galaxy A (2017) range.

Unlike previous years, where three size options were available, Samsung Singapore has cut down to just two for 2017: the 5.7-inch A7 and the 5.2-inch A5. The 4.7-inch A3 model will not be available in Singapore.

Other than the screen size, the phones are identical, with both phones powered by a Samsung Exynos 7880 octa-core processor, 3GB RAM and 32GB internal storage. Both phones are dual-SIM, and you also get a dedicated microSD card slot that is compatible with cards up to 256GB.

Both phones use Super AMOLED Full HD displays, which now have always-on capability, giving the A5 and A7 much of the same functionality we saw on the S7 and S7 Edge last year. The A7's 5.7-inch display gives it 386ppi while the A5's 5.2-inch display results in 424ppi. The displays are protected by 2.5D curved Gorilla Glass. Unlike last year's models, which had metal rears, the new A5 and A7 sport curved 3D Gorilla Glass rears, which makes them look very similar to the S7 and S7 Edge. The frame of the phone is aluminum.

For the first time on the A range, both the A5 and A7 are IP68 dust and water resistant, which gives them the same resistance as Samsung's flagship S7 and S7 Edge. 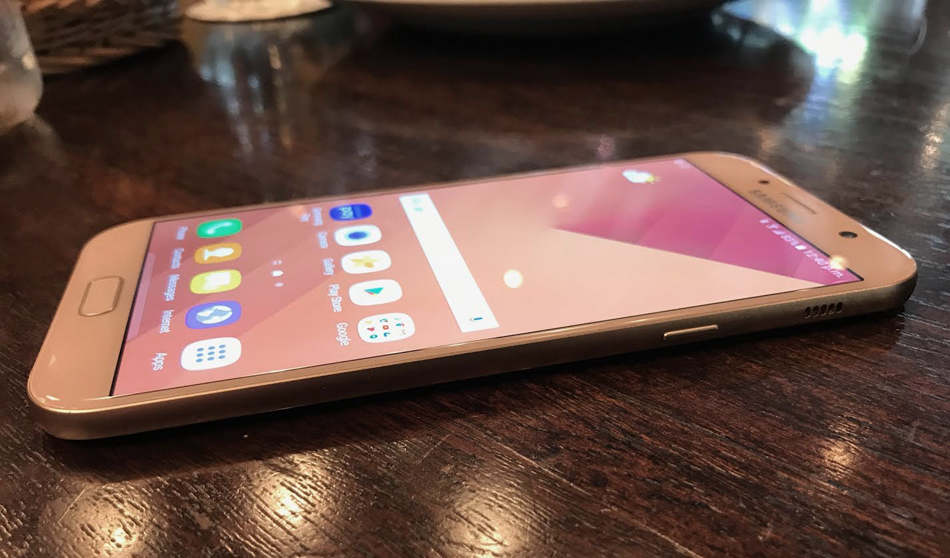 On the bottom of the phone, you'll find a USB Type-C port that supports Samsung's Fast Charging technology. Unfortunately, wireless charging is not supported. On the plus side, the battery size for both models has increased, with the A7 now using a 3,600mAh battery, and the A5 using a 3,000mAh battery. You'll also find a headphone port down here. 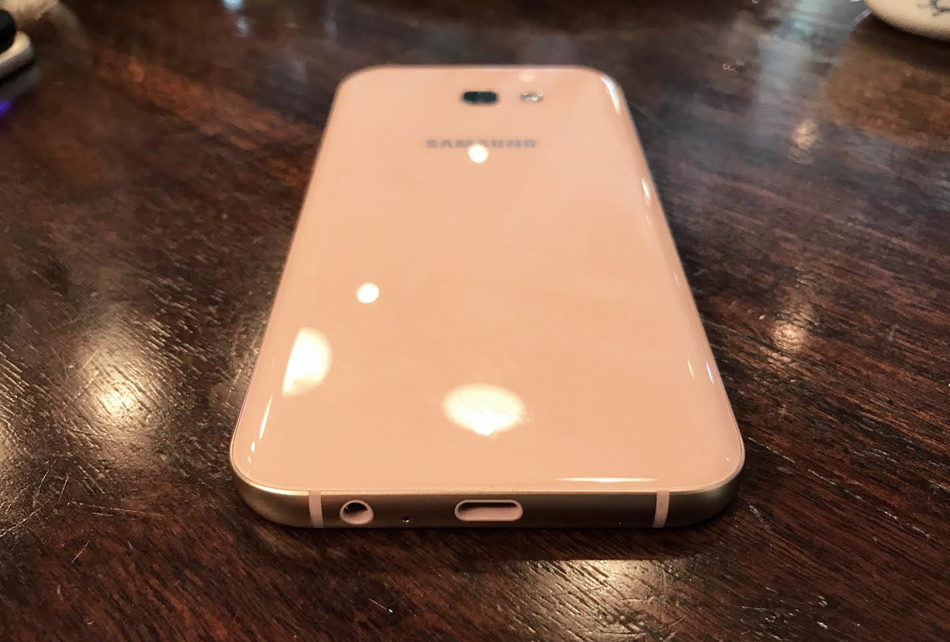 Once again the home button doubles up as a fingerprint scanner, and both the A5 and A7 support Samsung Pay. 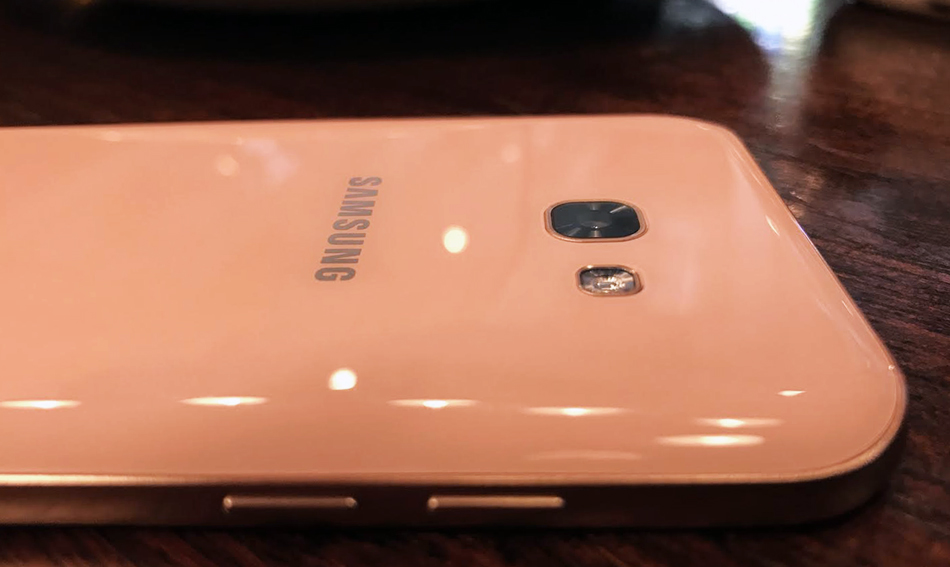 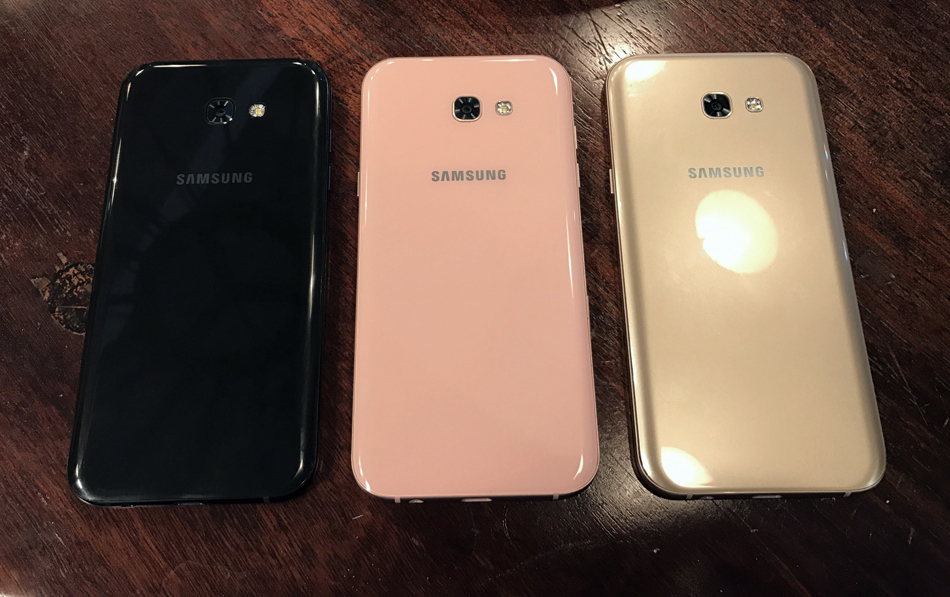