The F8 Storm is light at 1.5kg. The Dyson V10, which I just reviewed, weighs 2.5kg. But there’s heft, and there’s dexterity. The V10 is heavier, but it’s more ergonomic, so using it isn’t a burden. The F8 Storm’s curvy handles and weight distribution aren’t as comfortable to handle. 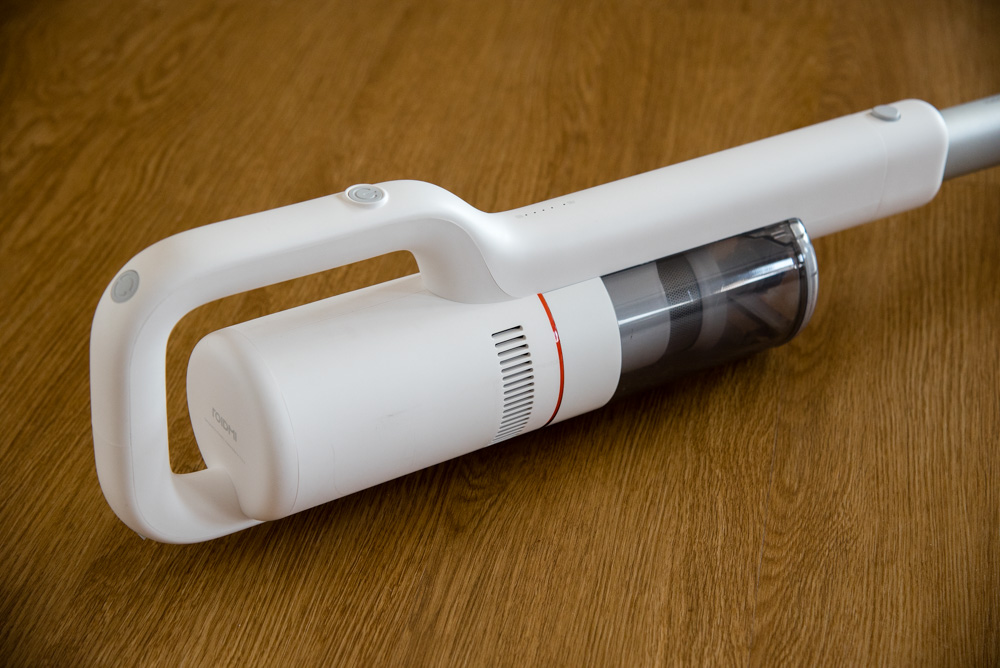 Roidmi advertises that the F8 Storm gets up to 55 minutes on a single charge. Well … yes, and no. I vacuum my place on the ‘standard’ gear (130W) and get about 25 to 30 minutes before it dies. Roidmi tells me it’s on the lowest 80W power mode that you can get up to 55 minutes. The 180W maximum power mode will last 10 minutes. You can cycle through the standard and high settings on the machine, but to get to the lowest setting you’ll need to use the Roidmi app. 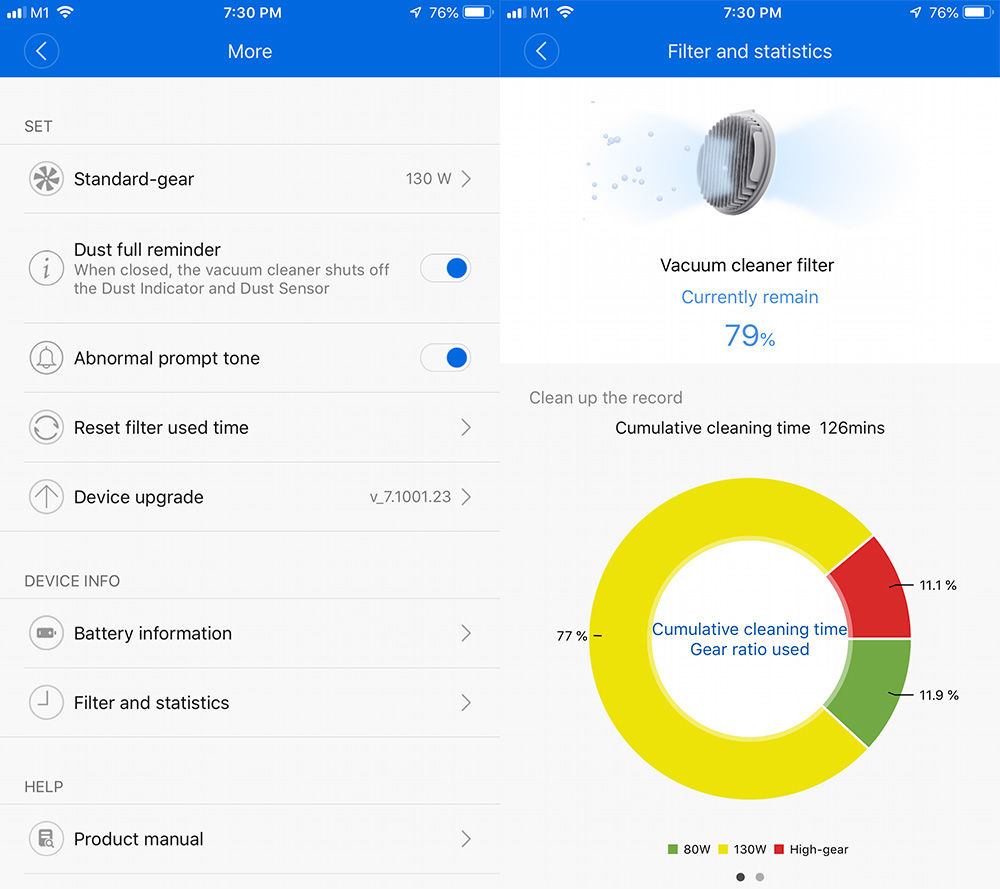 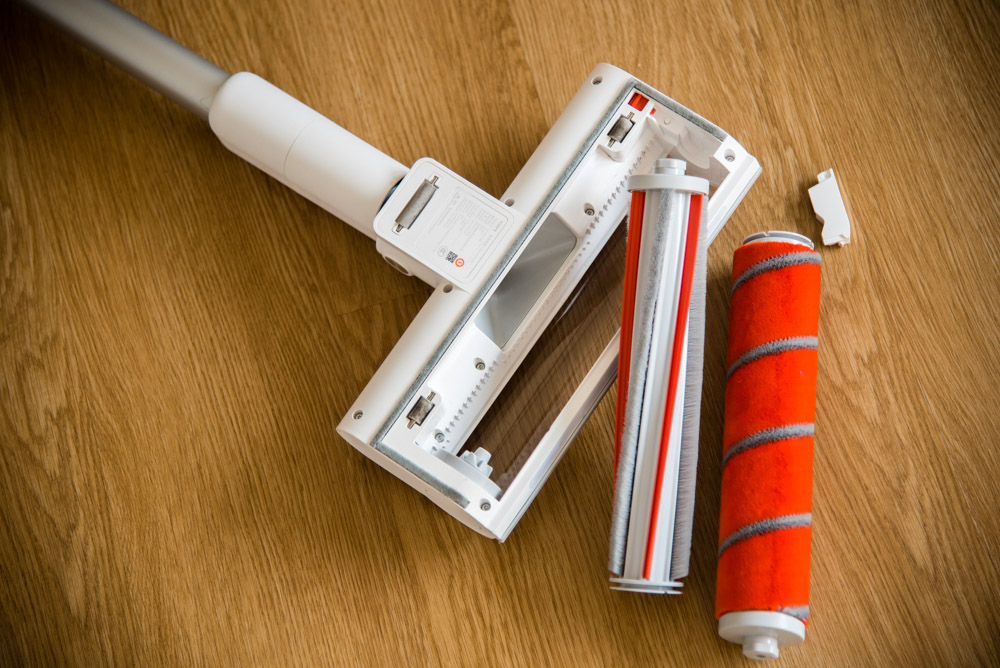 The F8 Storm’s small bin gets full after one round of vacuuming my home. My flat measures 1,400 square feet, if you have a place larger than that, you might run out of bin space or battery before you’re done. The bin is easy to empty; you release the entire bin and simply open it over a trashcan. A HEPA filter sits in the same bin, which you’re supposed to replace once in a while. If you connect the Roidmi app, it can remind you when to change it. 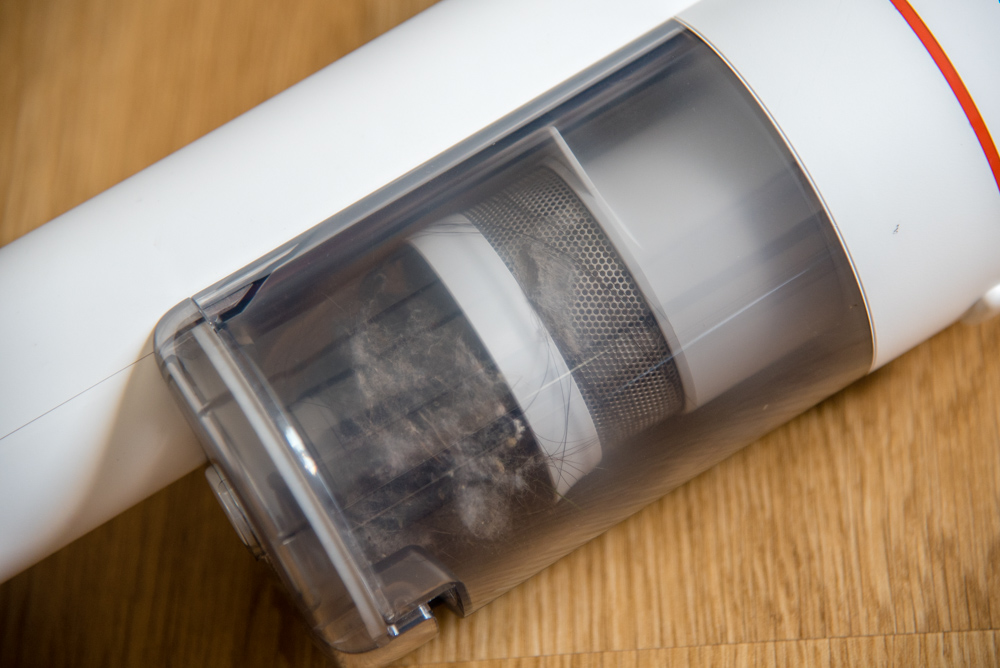 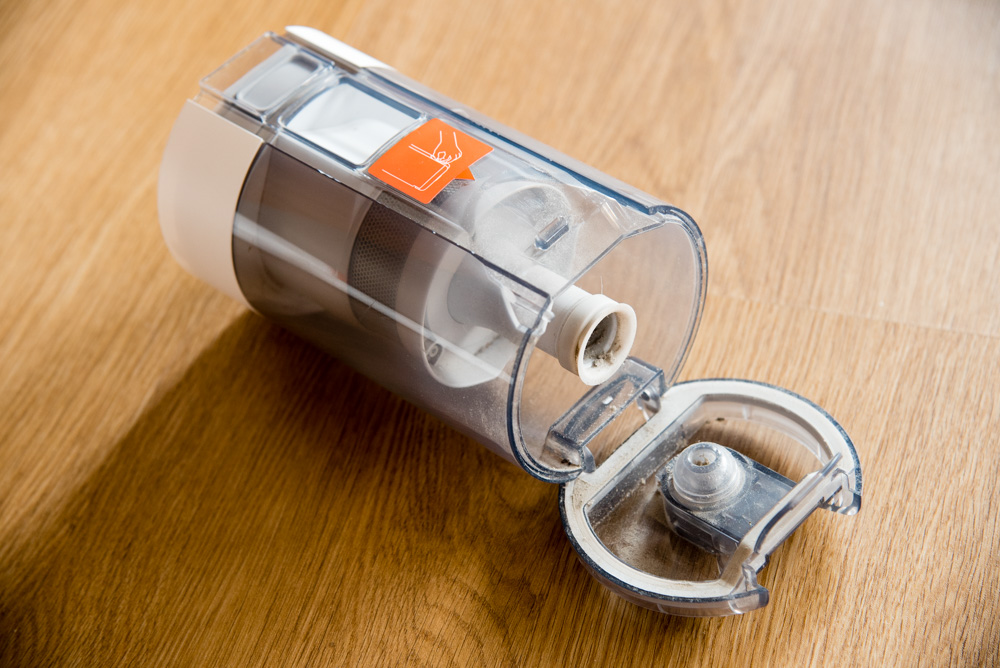 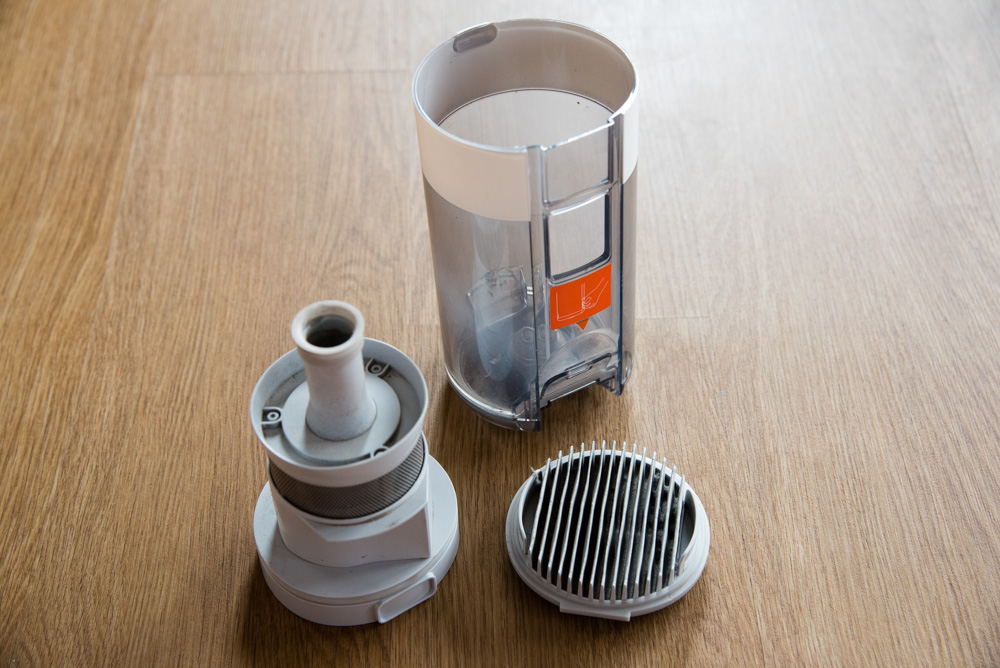 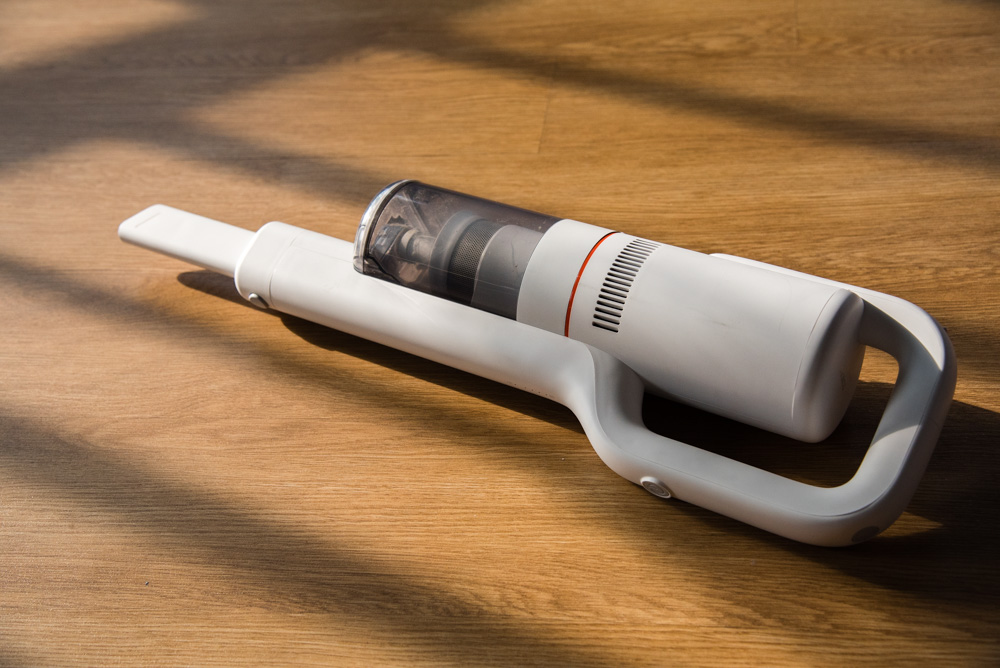 I think the Roidmi F8 Storm is alright. With its smaller bin and 25 to 30 minute runtime on the ‘standard’ setting, the F8 Storm is more suitable for smaller apartments. It’s not as much of a pleasure to use or as fully featured as the Dyson Cyclone V10, but the cheapest version of that machine costs S$899. The Roidmi F8 is considerably cheaper at S$319. And you can get it here from Lazada.

If you pop by your local Best Denki or Courts, however, you’ll find vacuums that cost less than the F8 Storm — even cordless ones. Whether they’re any good is another matter altogether, but they offer something the F8 Storm can’t yet — an easy way to service your machine. And this is the caveat that I think potential owners should think about.

The F8 Storm comes with a one-year warranty, but right now, Roidmi has no customer service centers in Singapore. At the moment, Roidmi says F8 Storm owners can contact customer service through email (overseas at roidmi.com). And they don’t rule out having Singapore distributors in the future, who can help take care of the machines.

If you choose to invest in a Roidmi F8 Storm then, you should know that there’s no easy way to service one if it breaks down. That’s beside the standard risks you take when backing an Indiegogo or Kickstarter project. (Something my colleague can tell you all about.) Those are things you don’t have to worry about if you get a vacuum from the store.