Hands-on with the Oppo R17, a phone with a unique looking notch and an in-display fingerprint sensor (Update: Local pricing!)

Hands-on with the Oppo R17, a phone with a unique looking notch and an in-display fingerprint sensor

Note: First published on Aug 23, this article has been updated on Oct 4 to include local pricing and availability info. 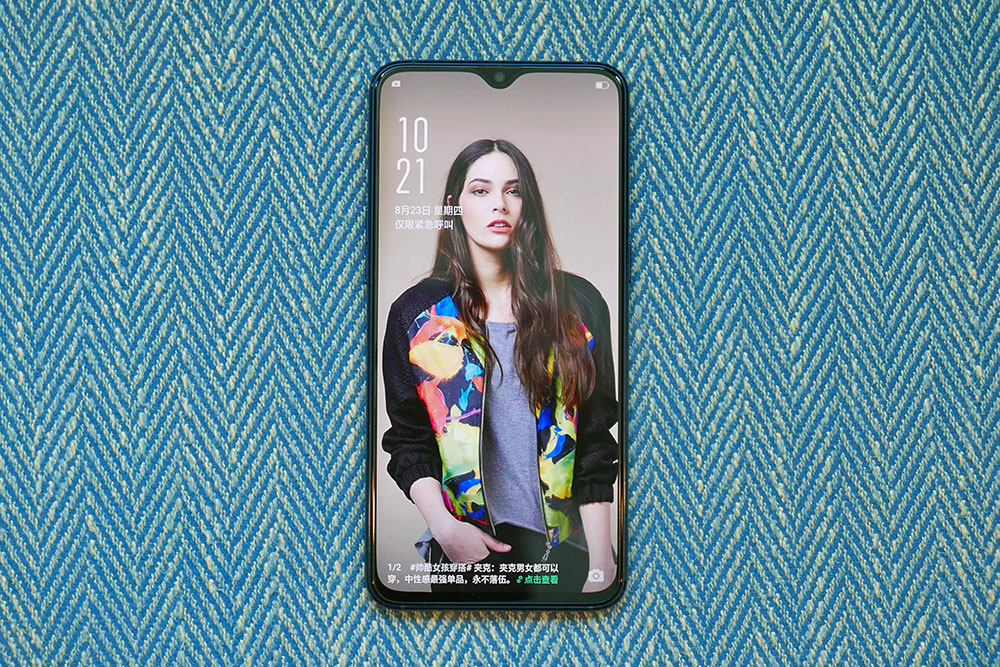 First announced and available for pre-order in China 10 days ago, the R17 is available in two color schemes, loosely translated as “streaming blue” and “neon purple”. Essentially, the glass back is treated in a way to produce a two-tone effect and have the color shimmers depending on how the light lands on it. “Like the beautiful flow of water and light” is how Oppo describes the effect. 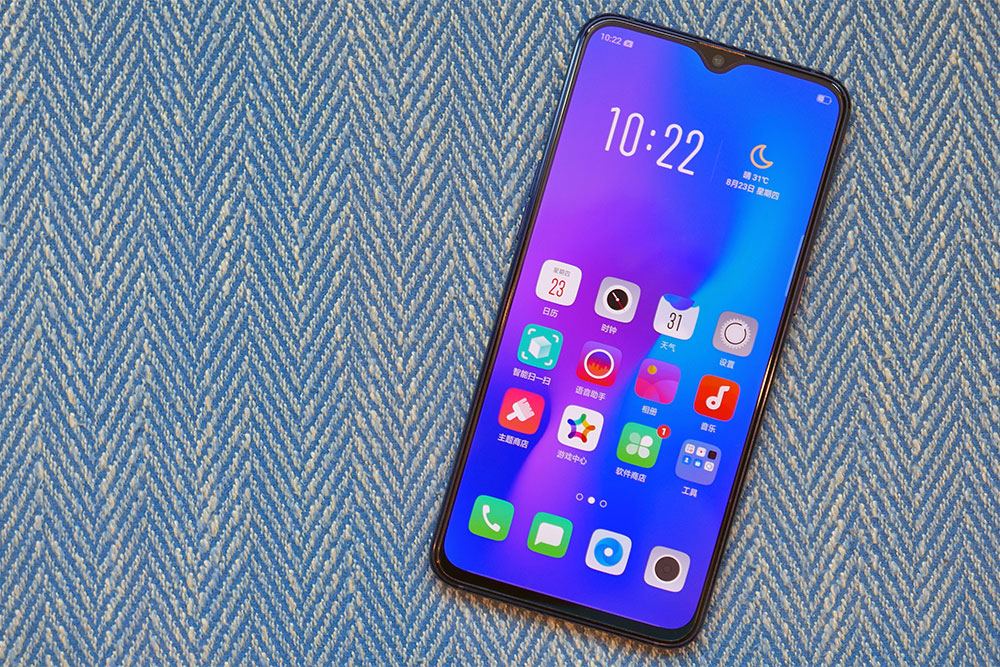 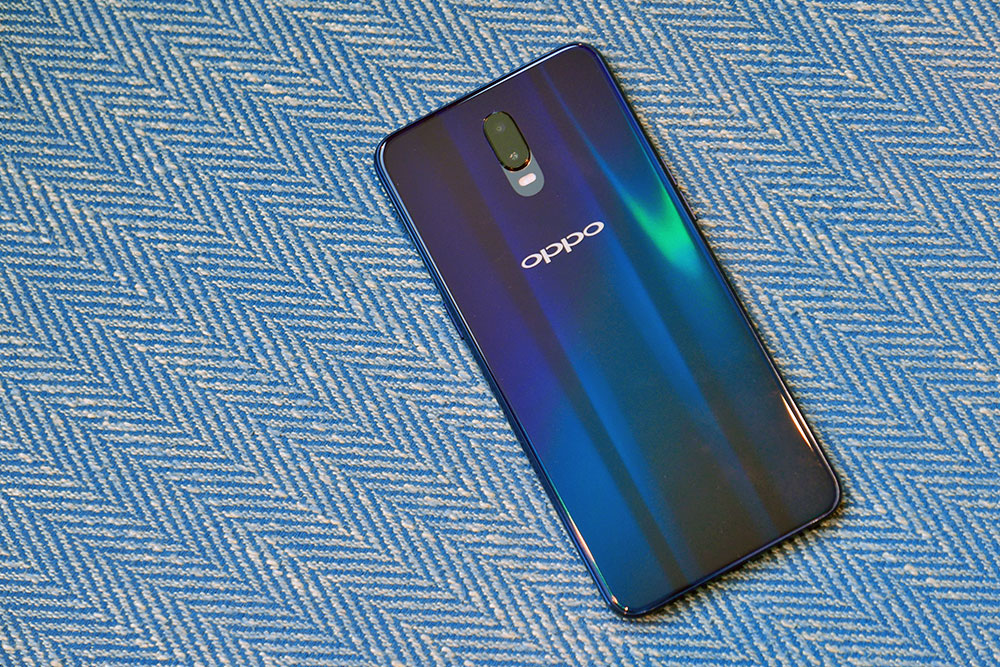 Under the hood, the R17 comes with the Snapdragon 670, one of Qualcomm’s latest midrange SoCs announced earlier this month. Built on an 10nm LPP process, the 670 chip packs the new Kyro 360 CPU and an Adreno 615 GPU. It's unclear at the moment if Oppo has stuck to the stock speeds, but the octa-core Kyro 360 is basically a 2 + 6 package, with two 2.0GHz high performance cores and six 1.7GHz efficiency cores. The Snapdragon 670 also comes with a Hexagon 685 DSP to handle AI workloads. All in all, the 670 looks like a solid chip for mainstream phones; and like the Snapdragon 625 and 660, I expect it to feature heavily in budget and mid-tier phones for the next three years.

All said, the real tentpole features of the R17 are its display and cameras. Let’s start with the display, which is a 6.4-inch Full HD+ (2,340 x 1,080 pixels) panel with a 19:9 aspect ratio. The AMOLED tech results in very vibrant colors and deep blacks, which along with the high 91.5% screen-to-body ratio make this display a joy to look at. Additionally, the screen is protected by the new Gorilla Glass 6. It’s not shatterproof, of course, but Corning says its latest cover glass survived 15 drops from 1 meter onto rough surfaces on average during its lab tests, and that’s two times better than Gorilla Glass 5. 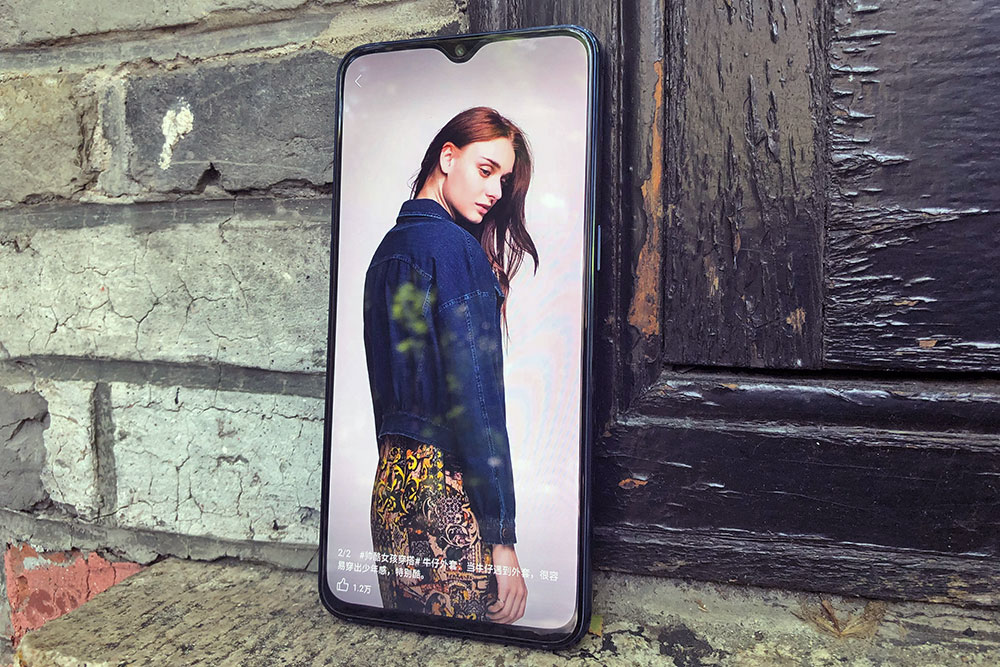 And then there’s the notch. Oppo has been getting creative with its notches lately, even going to great lengths to eliminate it on the flagship Find X. There’s still one on the R17, but shaped like a little water droplet about to drop off the top edge, it’s about the nicest looking notch I’ve seen so far. If you’re going to have a notch, own it and make it look good—which is pretty much what Oppo did.

While Oppo didn't go to the extreme and move the earpiece under the screen (it’s neatly tucked between the frame and the notch), it did opt for an in-display fingerprint sensor for the R17. According to Oppo, it uses a 3P Micro Lens tech and a 2mm x 2mm sensor to ensure quick and accurate readings. While sensitive, Oppo warns that screen protectors that are too thick may hinder the sensor’s performance. 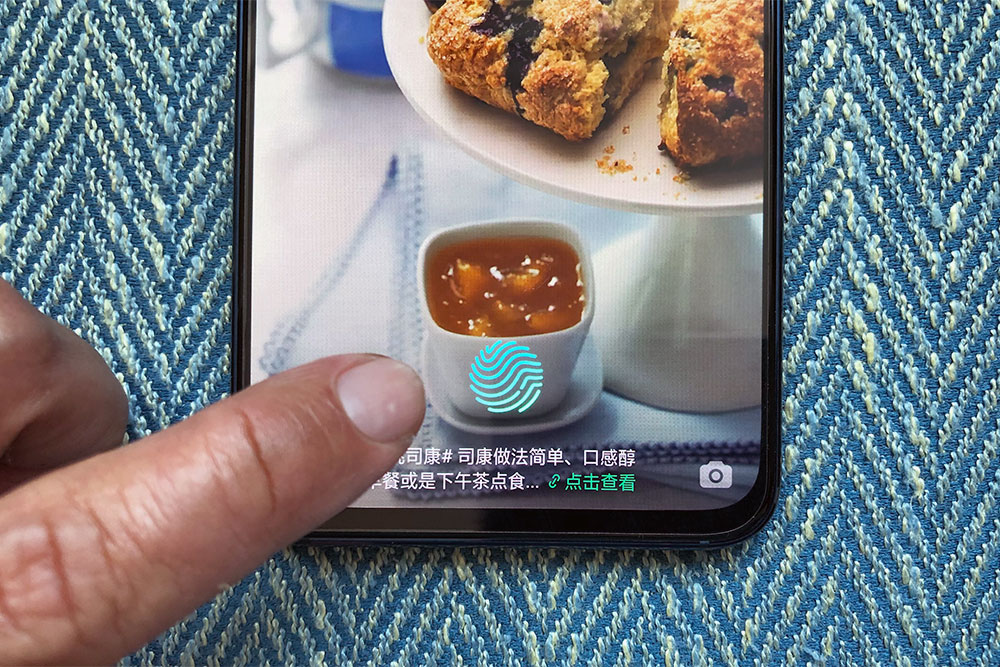 Hidden within the notch is a 25-megapixel selfie camera with an F2.0 lens. Oppo has always branded its smartphones “cameraphones”, and it’s again talking up the capabilities of the R17, such as the AI-driven beauty mode of the front-facing camera. The R17’s primary camera at the back uses a 16MP/F1.7 module, and is aided by a secondary 5MP sensor (F2.4 lens) to give you 2x optical zoom and more natural depth of field effects. This dual-camera system is also powered by an AI that can recognize 21 different scenes. 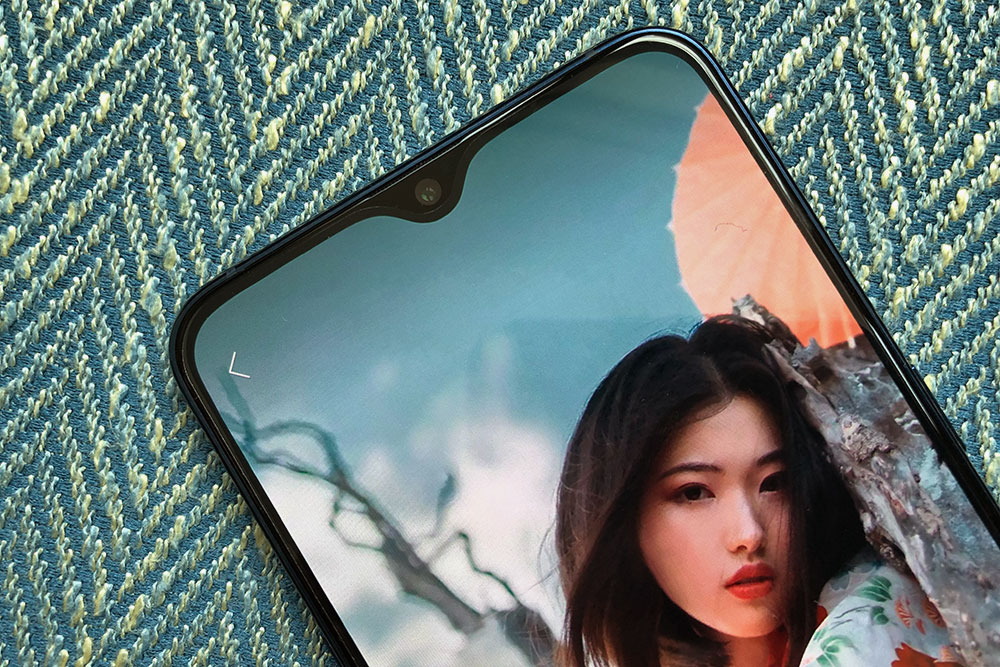 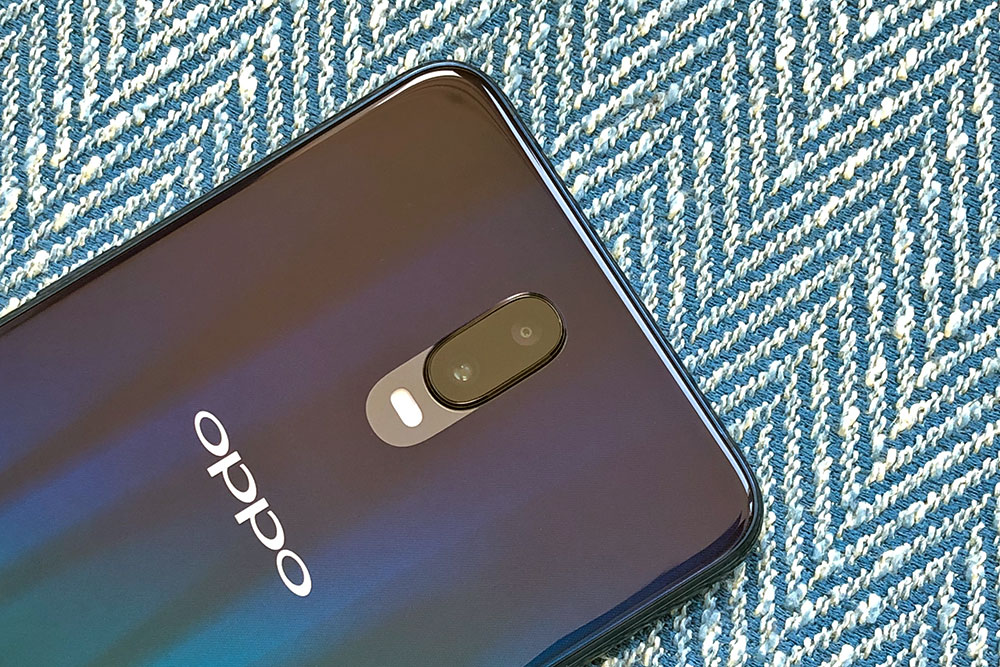 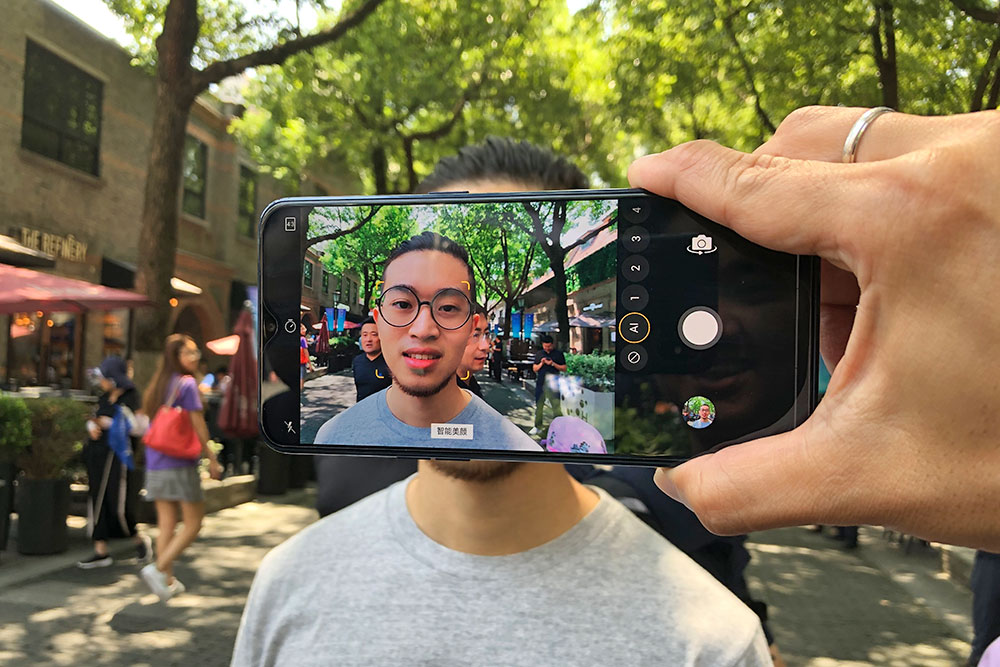 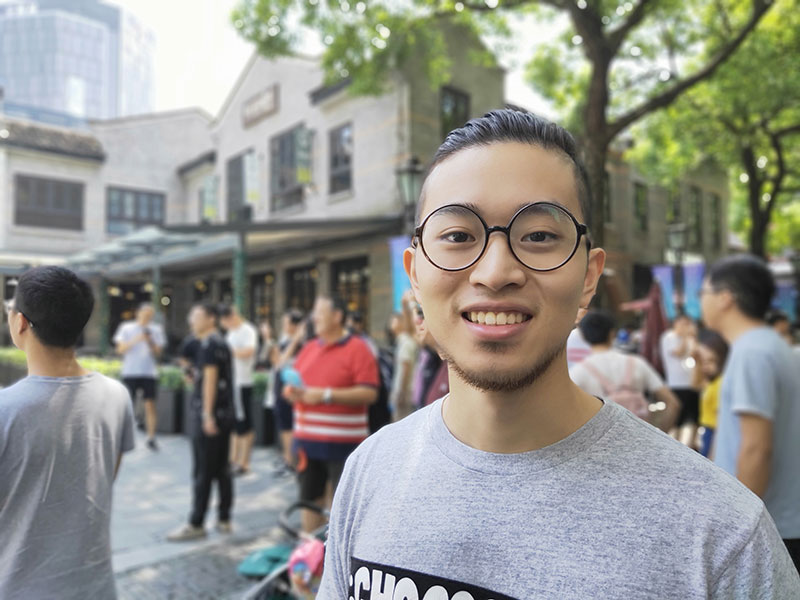 Rounding out the specs, the R17 features a 3,500mAh battery, USB-C connectivity for charging and data transfer, and a 3.5mm headphone jack. It's also a dual-SIM phone. With Oppo’s VOOC fast-charging tech, a quick 5-minute charge is enough to give you two hours of talktime. I didn't have time to do a full battery test, but with the bundled 5V/4A charger, I was able to get the phone from a 30% charge to 80% in 30 minutes. Finally, out of the box, the phone runs Oppo’s ColorOS 5.2, which is based on Android 8.1 Oreo.

The Oppo R17 (6GB RAM / 128GB storage) in Ambient Blue/Neon Purple will be available in Singapore starting October 6 at a price of S$699. Unfortunately, this R17 model that's coming to Singapore doesn't have the in-display fingerprint sensor.

The R17 Pro (8GB RAM / 128GB storage) in Radiant Mist/Emerald Green, and which has an in-display fingerprint sensor, is priced at S$999. Pre-order starts November 3, with delivery expected from November 10. You can also get the Oppo R17 Pro from the Oppo Official Store on Lazada.

Read next: Hands-on with the Oppo R17 Pro. 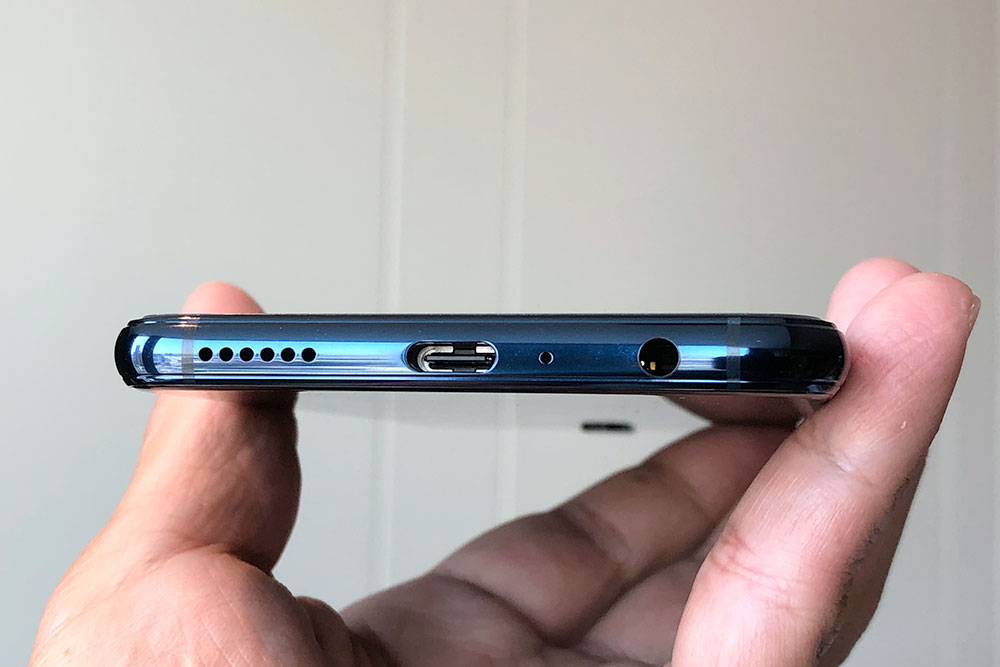 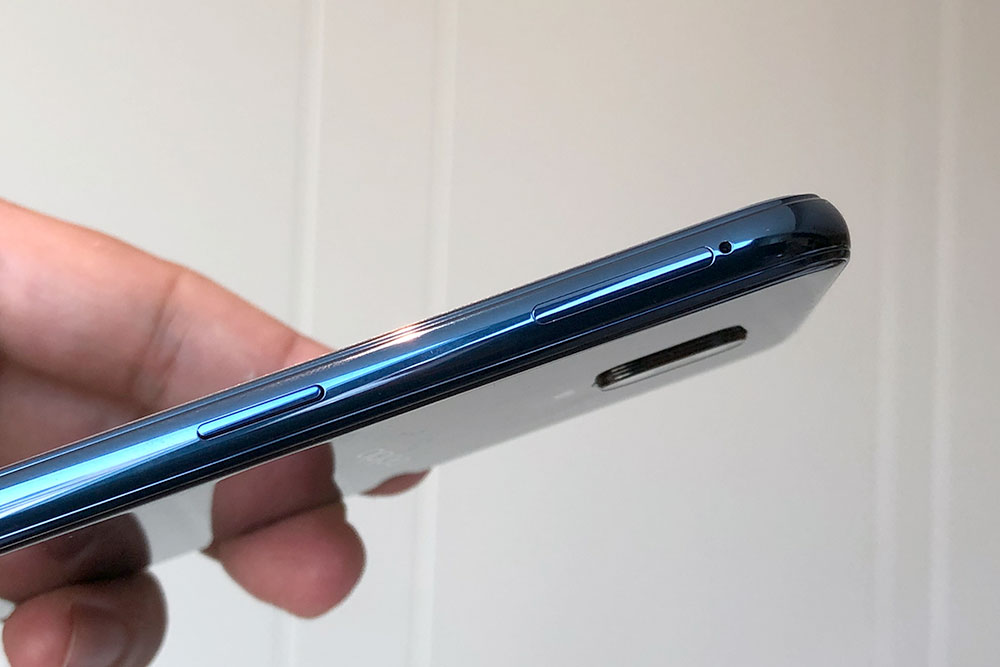 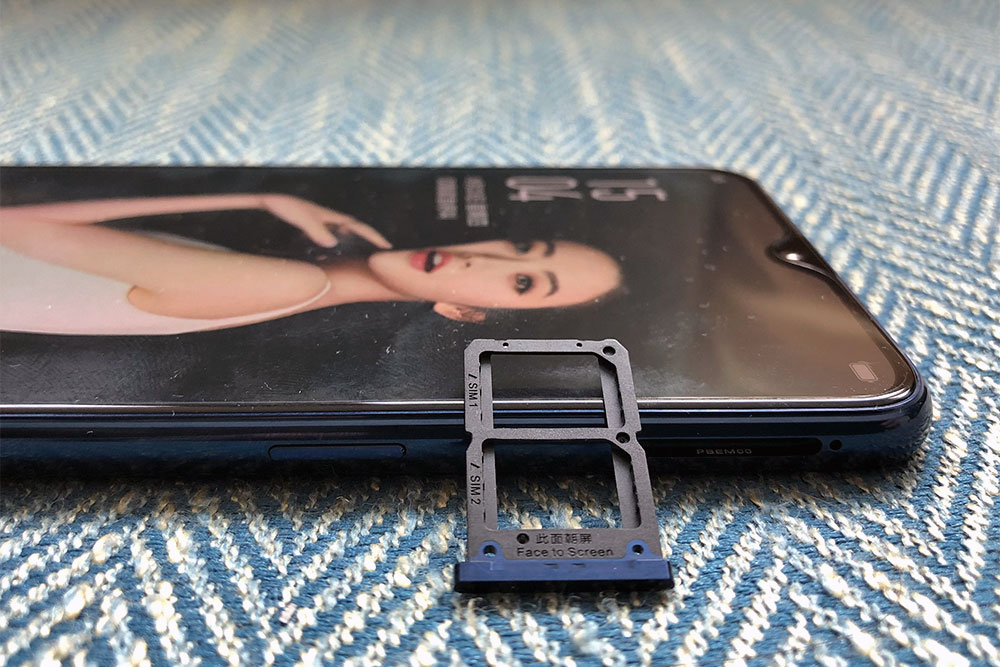 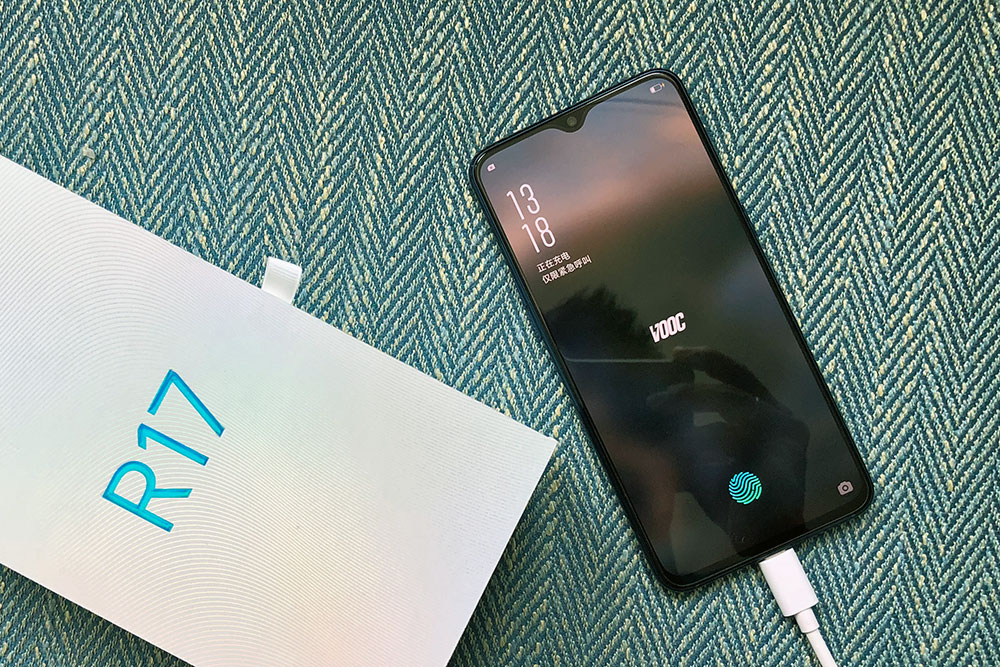