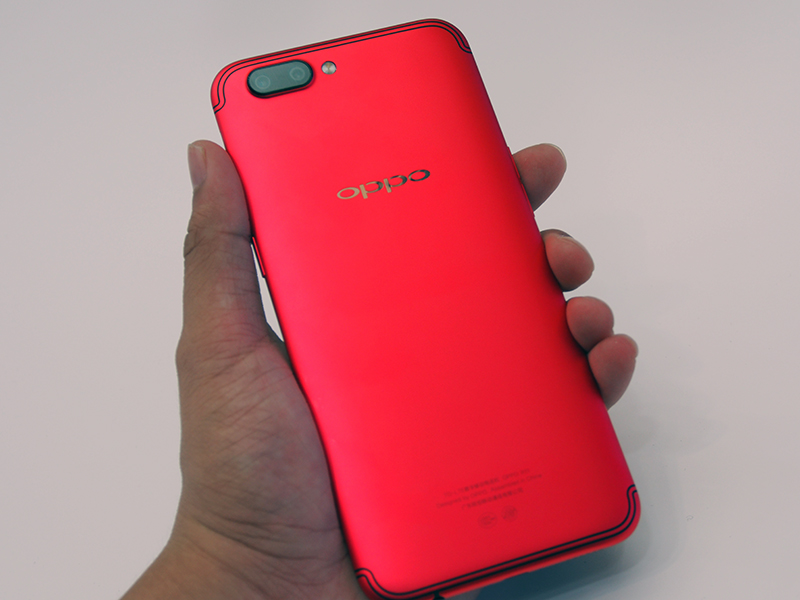 With the Oppo R11 coming to Singapore very soon, we took the opportunity to fidget with their flagship smartphone at MWC Shanghai 2017. Their larger alternative, Oppo R11 Plus, was also present for first impressions as well. 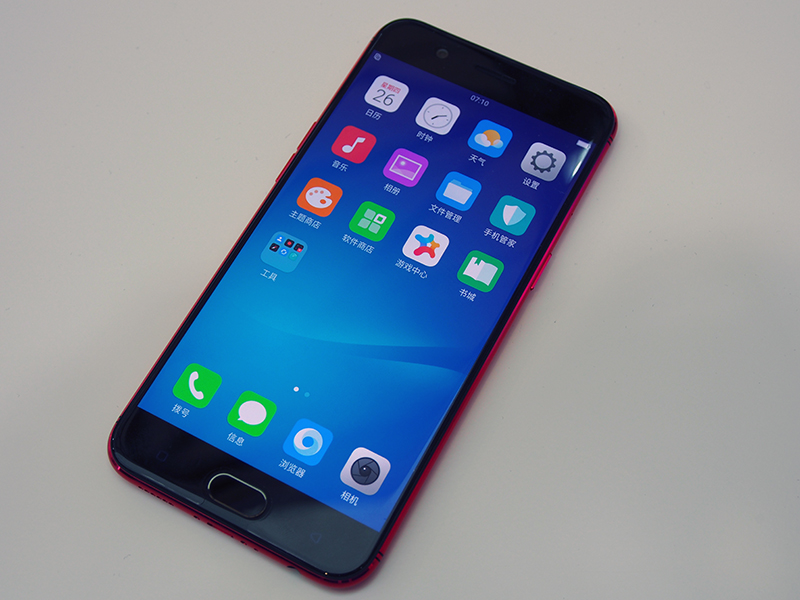 In a nutshell, the Oppo R11 is the first commercially-available smartphone to come with a mid-range Qualcomm Snapdragon 660 chipset, clocked at 2.2GHz. Within it lies a premium, 14-bit Spectra 160 ISP (image signaling processor), which allows the Oppo R11 to employ a smooth optical zoom, a fast AF (AutoFocus), and superior low-light photography (as per their claims, but we'll be sure to test it out soon in our review). To that end, the Oppo R11's dual rear cameras consist of a primary 16-megapixel f/1.7 lens and a secondary 20-megapixel f/2.6 telephoto lens with 2x optical zoom. The smartphone activates its respective rear camera when you tap the circular zoom icon (pictured) - '1x' indicates that it's using the primary lens, while '2x' means that it is deploying the telephoto lens. The phone is swift at switching to the correct camera, with its loading time masked by a simple focusing animation. Images shot with the R11's rear cameras are clear and vibrant at first glance, but we will need a closer look through our full review to assess its imaging capabilities. Oppo also set up a separate booth to demonstrate its low-light shooting, and it was (expectedly) flattering for the smartphone's photography prowess. 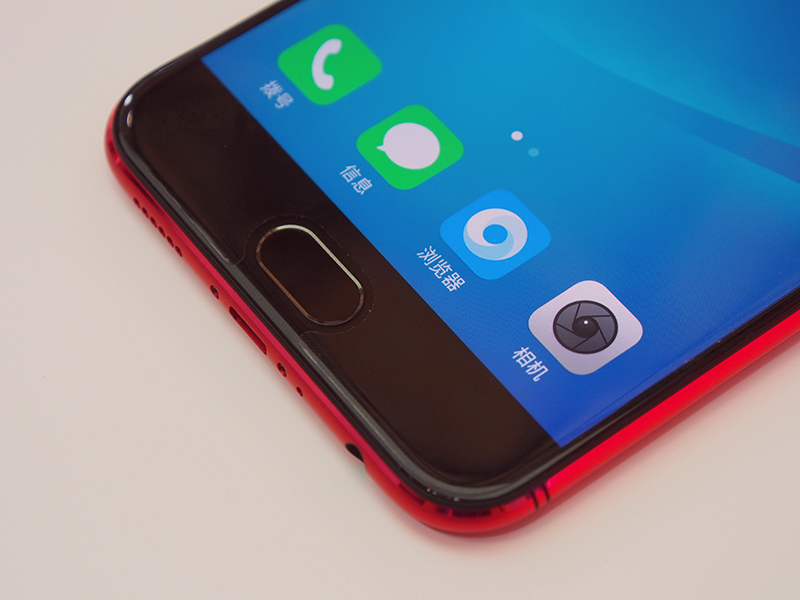 The R11 uses a 5.5-inch Full HD (1,920 x 1,080 pixels resolution) AMOLED display, which comes out as 401 pixels per inch (ppi). Our quick trial revealed that the phone is capable of deep blacks, and it's accompanied with a brightly-lit display. Physically, the phone measures 154.5 x 74.8 x 6.8 mm, and it weighs 150g. In our brief use, the Oppo R11 felt light and slim. The sides of the Opp R11 are rounded, like its predecessors. While it looks similar to the iPhone-inspired Oppo R9s, it feels vastly different, much like holding a knife along its edge. The user interface of the R11 is none other than Oppo's very own ColorOS 3.1, but its true operating system is actually Android 7.1.1 (Nougat) OS. It's a familiar (and juvenile-looking) UI that's easy to understand.

Onboard the phone, it's equipped with 4GB of RAM and 64GB internal storage. The hybrid dual-SIM card slot accepts a nano SIM in both slots, and you can choose to insert a microSD card into its second slot for exapaded storage capacity instead. Along the bottom is an OTG-supported micro-USB port for charging and file transfers, a 3.5mm audio port, and the phone's speaker. As seen in the image, the edges are chamfered nearer to the display - it adds to the handling of the device since the rounded sides are slightly tapered as well. The R11 has a non-removable 3,000mAh battery that uses Oppo's VOOC fast charging technology. 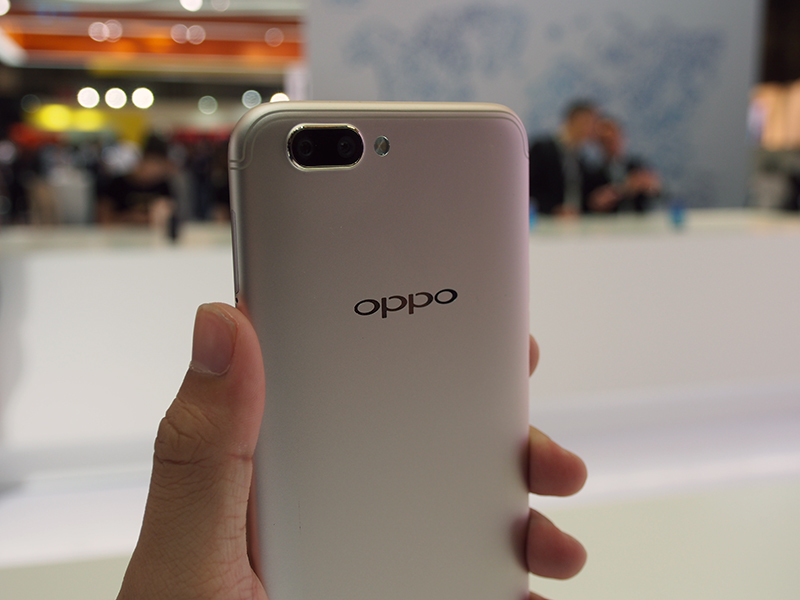 The Oppo R11 Plus features a 6.0-inch Full HD AMOLED display. It's much heavier at 188g, and significantly larger - it's even bigger than an iPhone 6s Plus. The R11 Plus isn't just taller than the R11, it is also wider at the sides, making it slightly difficult for single-handed operation. It also features 6GB RAM and 4,000mAg internal battery - more than its smaller counterpart. 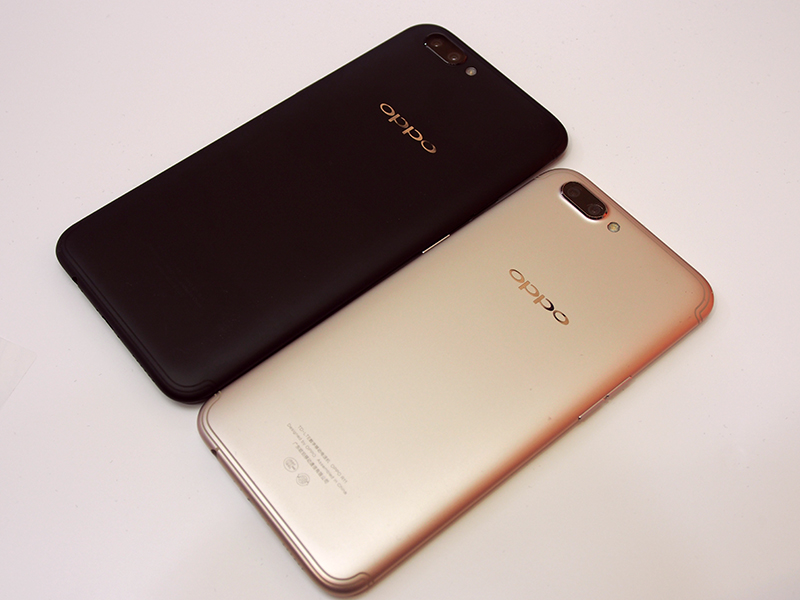 Other than the above mentioned differences, the R11 Plus shares much of the same hardware and features as the Oppo R11 - such as the Qualcomm Snapdragon 660 chipset along with the same dual rear cameras setup. 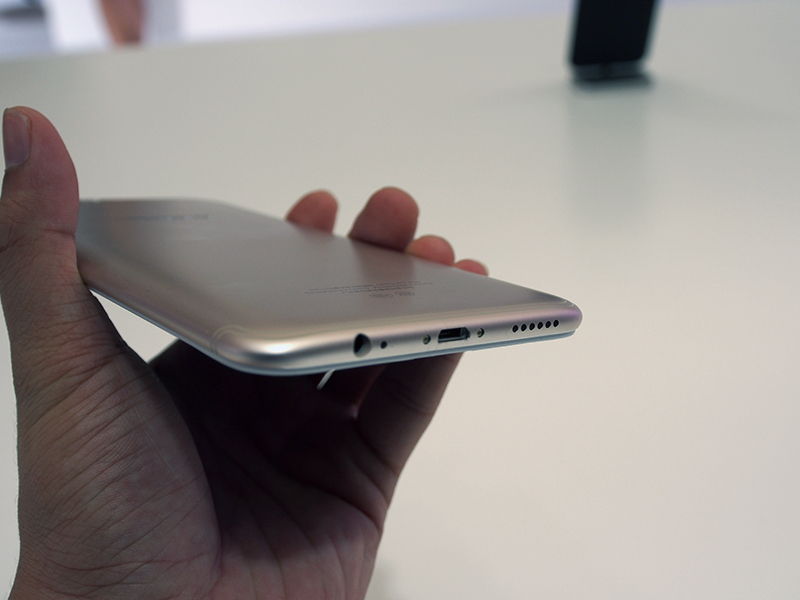 The same can be said for its ports, its button placement, UI, and storage options (64GB internal storage, expandable with microSD card up to another 128GB). They share the same design language, too, but the knife-like handling isn't as pronounced on the R11 Plus.