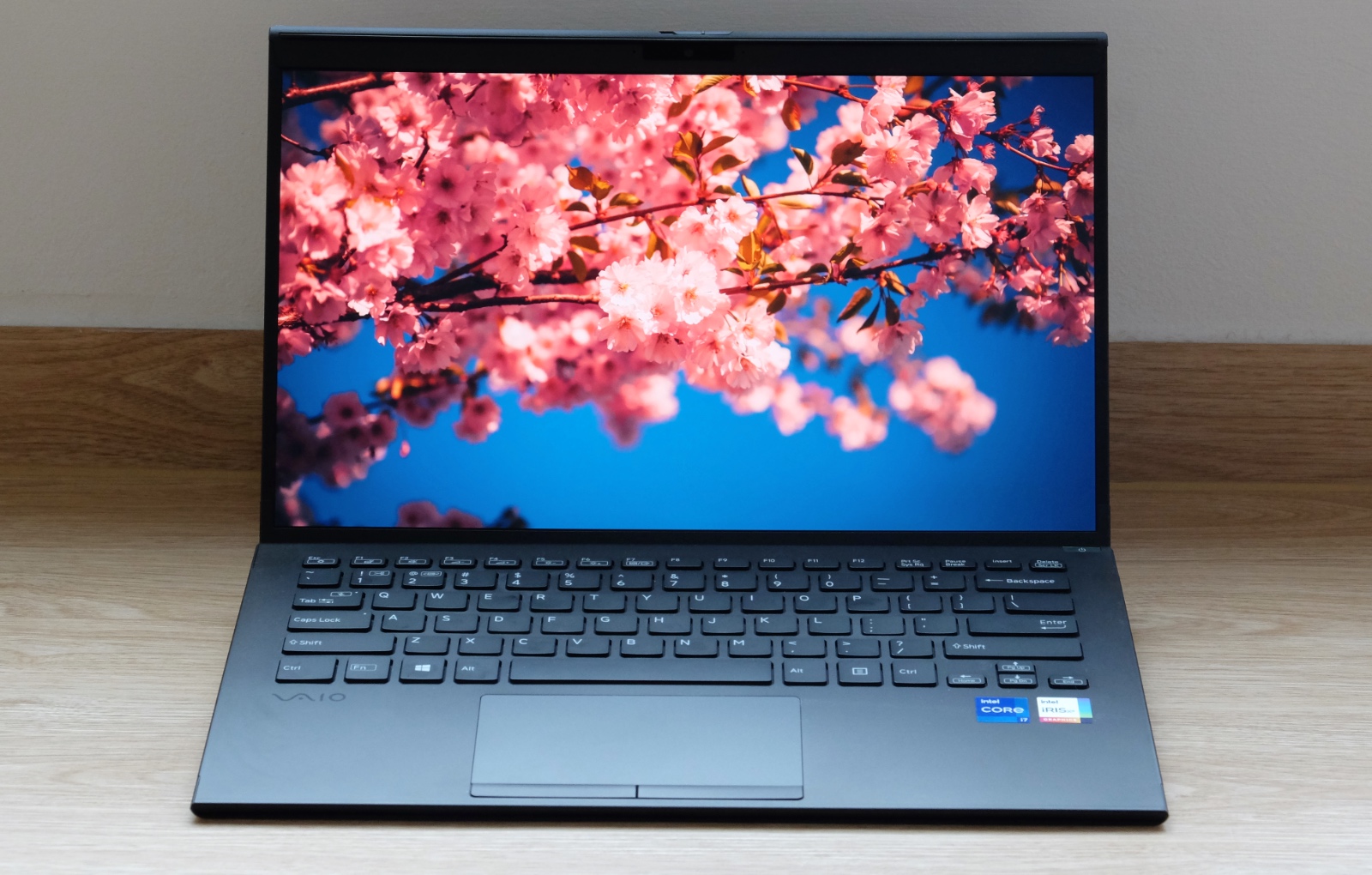 The Vaio Z is an interesting notebook for a number of reasons. First, there’s its price. I know some gaming notebooks can be really expensive but this isn't a gaming notebook, and yet it has a sticker price that rivals the most powerful and extravagant gaming notebooks. Are you ready? The Vaio Z starts at S$5,199. And if you think that’s insane, remember I said "starts" and this is, in fact, the base model. There’s a pricier Signature Edition that goes for S$5,899. Naturally, you are wondering what is so special about this notebook. 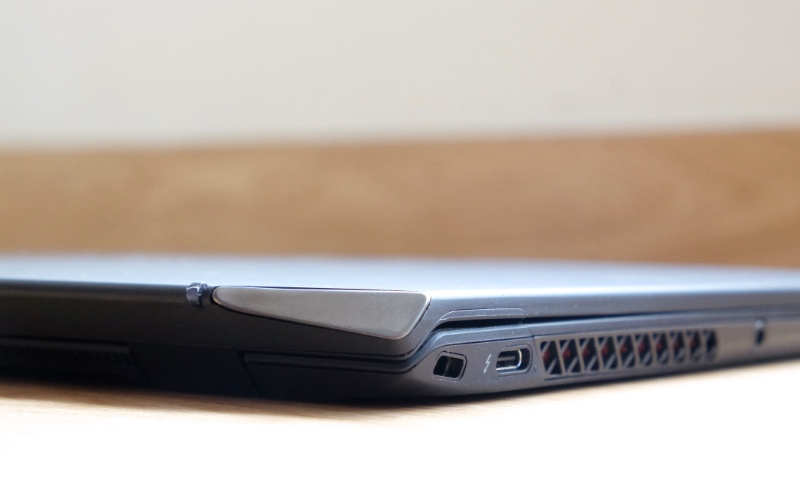 This all-carbon-fibre construction has positive and negative attributes to the way the Vaio Z feels. Happily, it’s really light – just 1.06kg. That’s impressive for a notebook with a 14-inch display that’s packing an H-series processor (more on this later). And because carbon fibre is so strong, the Vaio Z is just 16.9mm thick and it meets MIL-STD 810G standards of ruggedness. The downside is that it feels plasticky and there’s some flex to the chassis – but anyone who has ever felt carbon fibre will know that’s just inherent to the material. If portability is your number one priority, I think it’s hard to complain.

Processor aside, the Vaio Z comes with 32GB of memory and a 2TB PCIe 4.0 NVMe SSD as standard. With its massive amount of memory and storage, the argument could be made that at least you are getting some value for your money there. 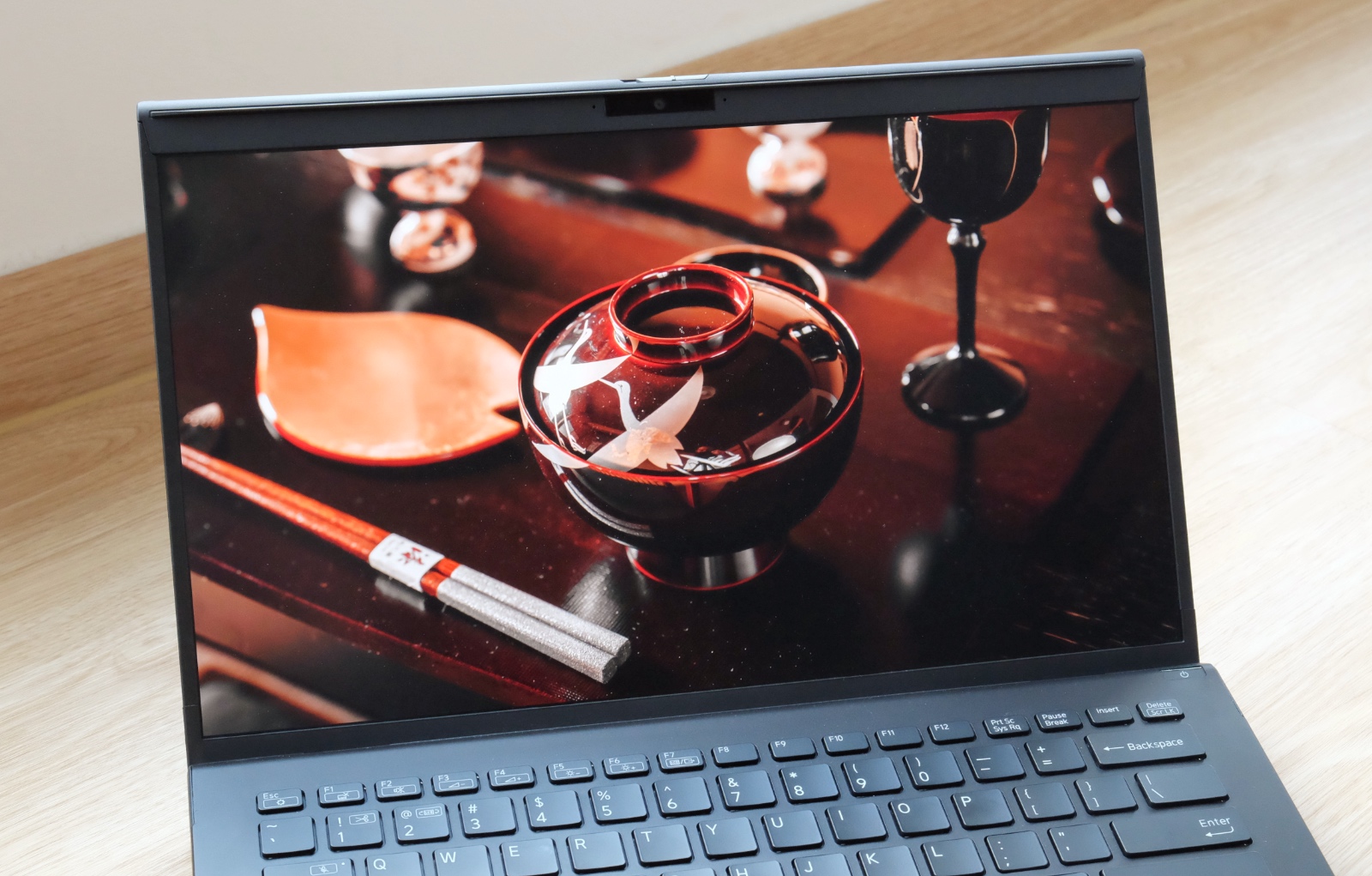 The display is 14 inches across and has a matte finish that resists glare and reflection quite well. And because the supported resolution is 4K, it looks razor sharp. The colours look vibrant and accurate. The display also gets bright. Curiously, however, it is not a touchscreen. I’m not overly fond of touch displays so it doesn’t bother me but I know being able to touch the screen matters to some people. Furthermore, I feel it’s a glaring omission given the sticker price of this notebook. That's like Porsche making rear wipers a paid optional extra on a S$800,000 911 Turbo (wait a minute, they do). Also glaring is the large bezel above the display, which is unusual to see for a notebook launched in 2021. Within the bezel is a 720p webcam. The picture quality is passable but it does have a built-in shutter, which is nice.

The ports are passable. There’s two USB-C Thunderbolt 4 ports – one on each side thankfully – a full-size HDMI port, a 3.5mm audio combo jack, and that’s it. There’s no USB-A port nor is there a memory card reader of any sort. As for wireless connections, there’s support for Wi-Fi 6. 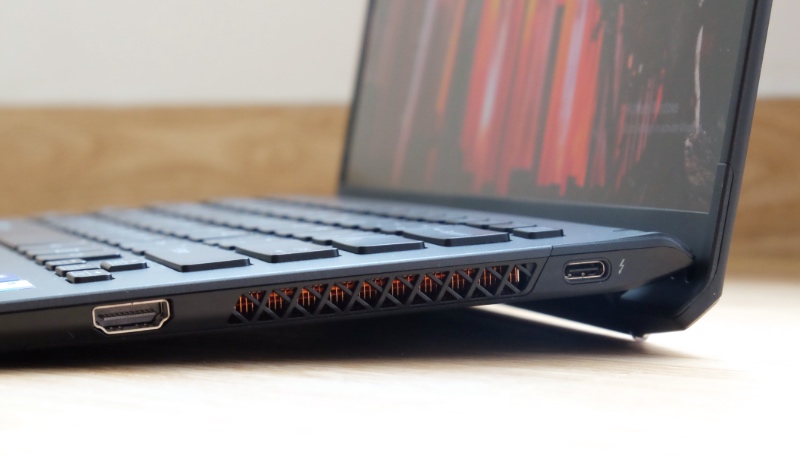 The keyboard is really pleasant to type on but the trackpad is odd because it’s not clickable. Instead, it has two separate buttons at the bottom. I cannot remember the last time I saw a notebook with such a trackpad, but I suppose it's something that the target audience might be more comfortable with - more affluent individuals who've grown up utilising notebooks with that kind of trackpad.

I ran a couple of quick tests to see if the more powerful H-series processor will translate to any tangible performance improvements in benchmarks. And you can see the results below. 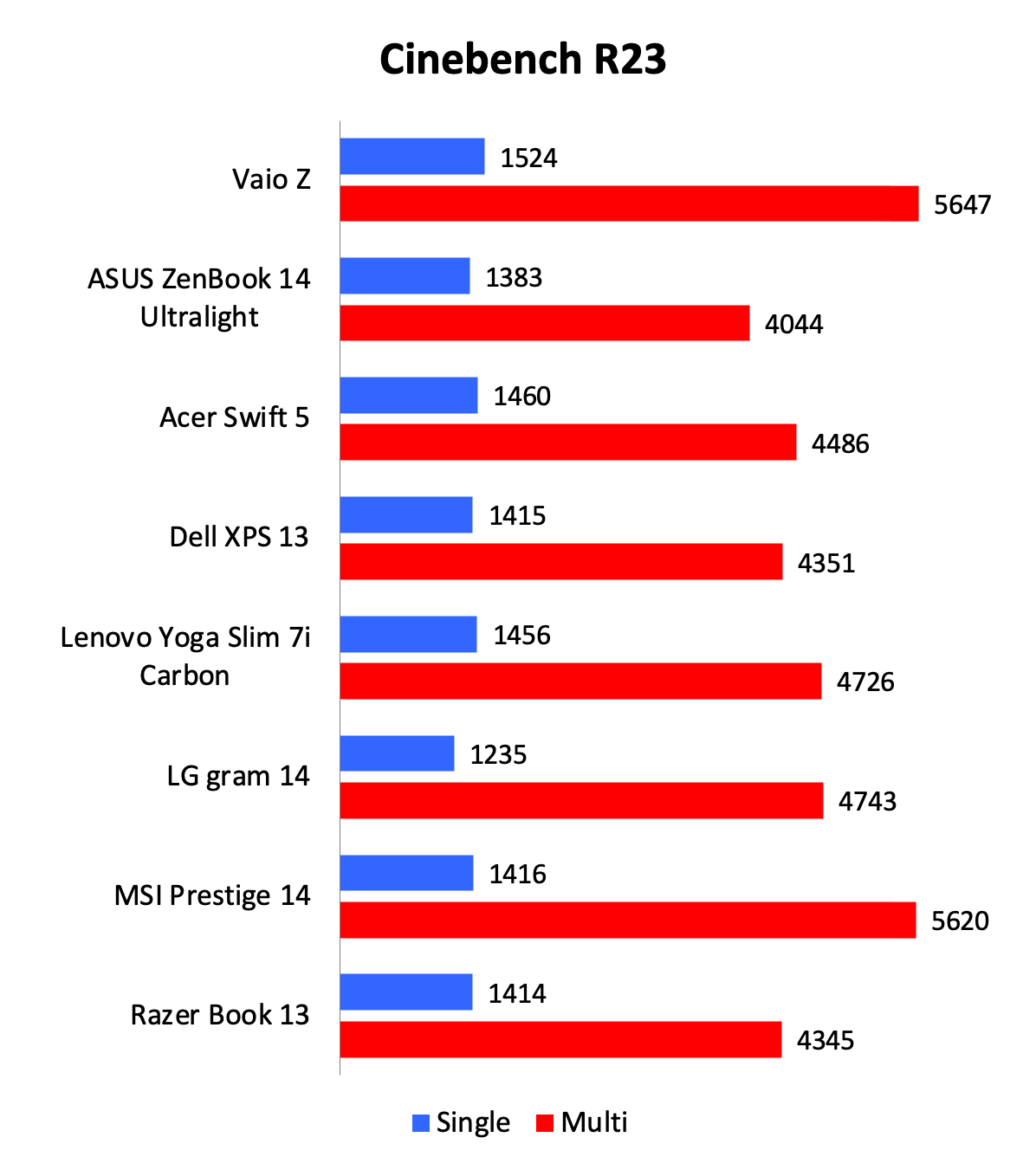 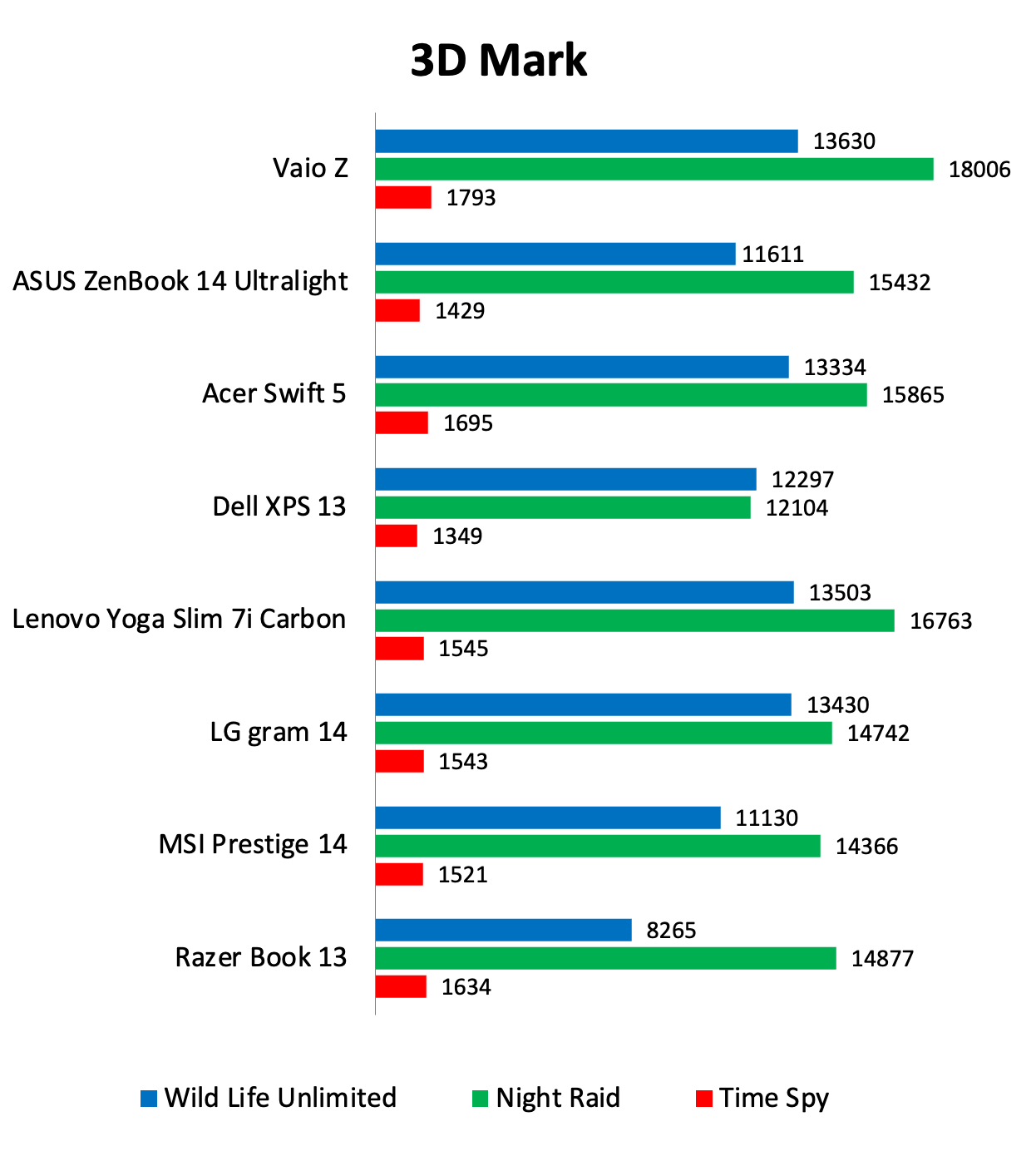 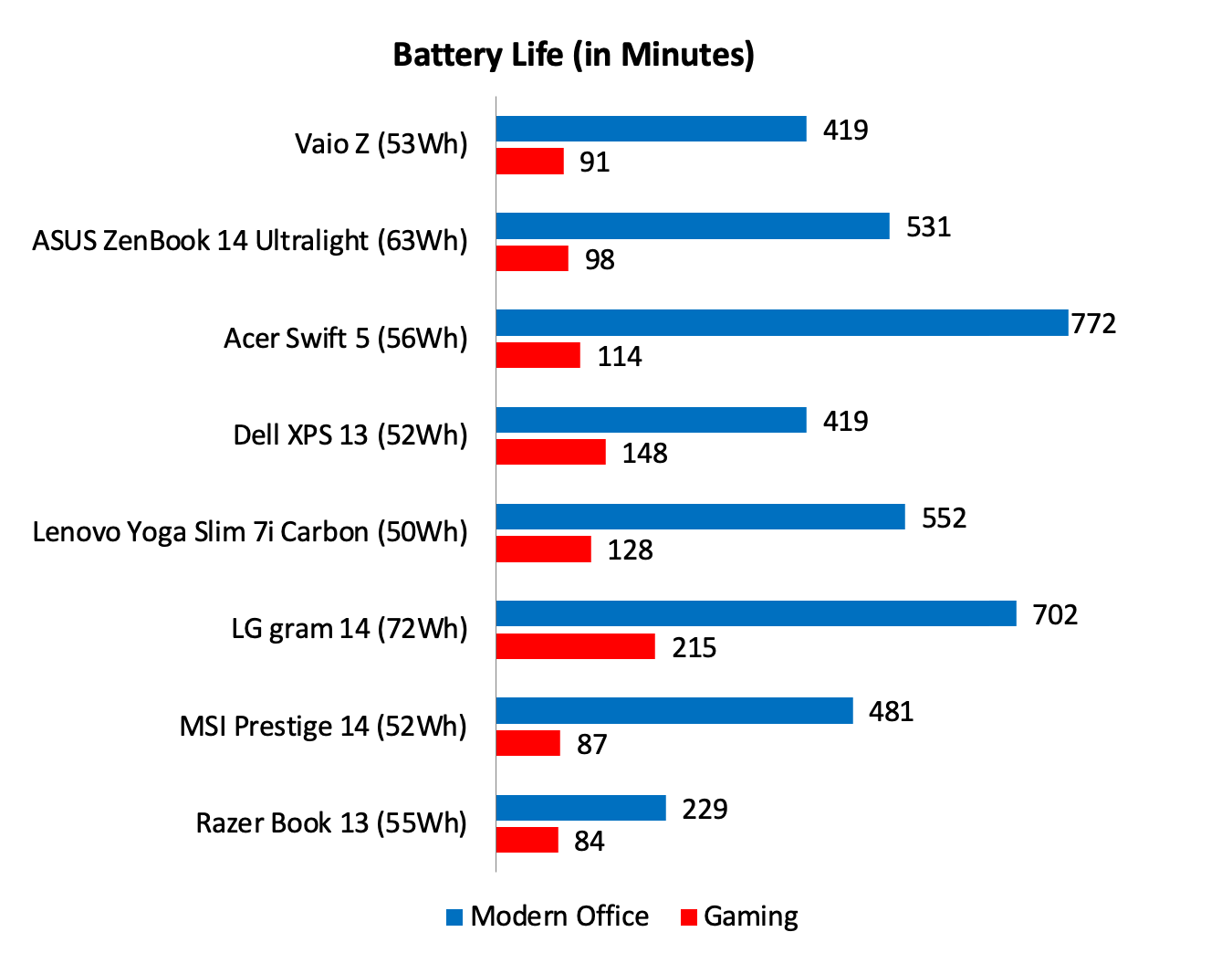 As the results show, the Vaio Z puts up better numbers than your typical U-series-powered ultraportable notebook. Battery life isn’t bad either considering it has a 4K display and battery capacity is a modest 53Wh. But it should be noted that the Vaio Z gets really loud when it's taxed, which isn't surprising considering it crams a higher rated TDP processor into a slim form factor. 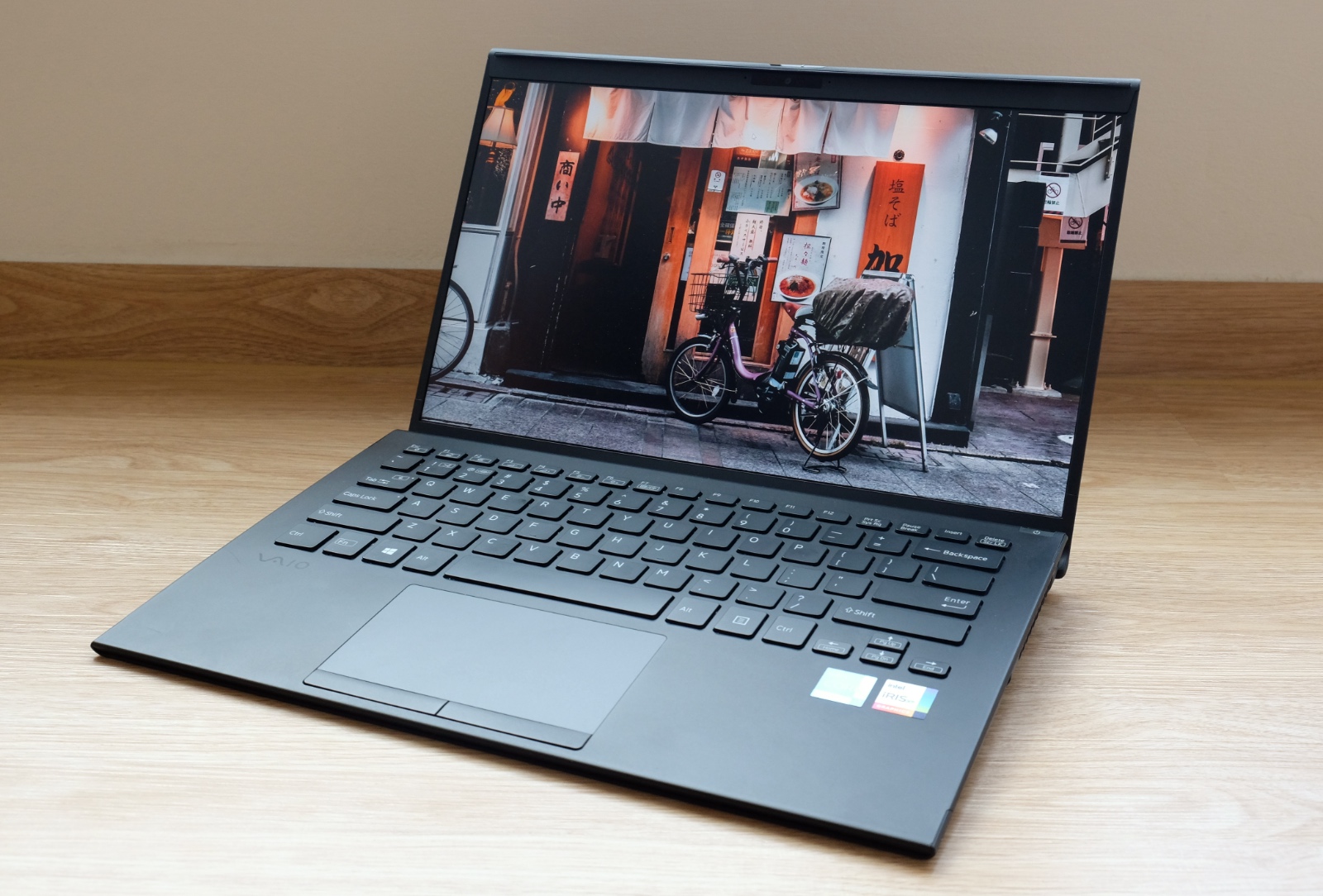 Unless you are the kind person that garnishes their fried rice with Strottarga Bianco without batting an eyelid and proceeds to eat with Christofle flatware, it’s hard to make a case for the Vaio Z. No matter how you look at it and notwithstanding the fact that it has a crazy-light carbon fibre construction, a powerful H-series processor, and a prodigious amount of memory and storage, S$5,199 is a lot for a notebook. And really, it’s only a tad faster than notebooks that only cost half as much. Ultimately, the Vaio Z is a powerful, super portable notebook that does some interesting things. But I’m afraid even all of that is not enough to square with its astronomical price tag for most enthusiasts.

As with finer things in life, the cream of the crop does cost exponentially more, and the Vaio Z is representative of this. If you do decide to pony up for the Vaio Z, do know that it will come with an extended warranty period that's more than the industry norm, on-site servicing and setup assistance, and more personalised service. A gold-class service if you will for the most exotic ultraportable notebook you can land your hands on today.