Hands-on: The Olympus Pen-F is a new vintage beauty that feels great in the hands (*Updated with price*)

Hands on with the new Olympus Pen F

Hands-on with the new Olympus Pen-F 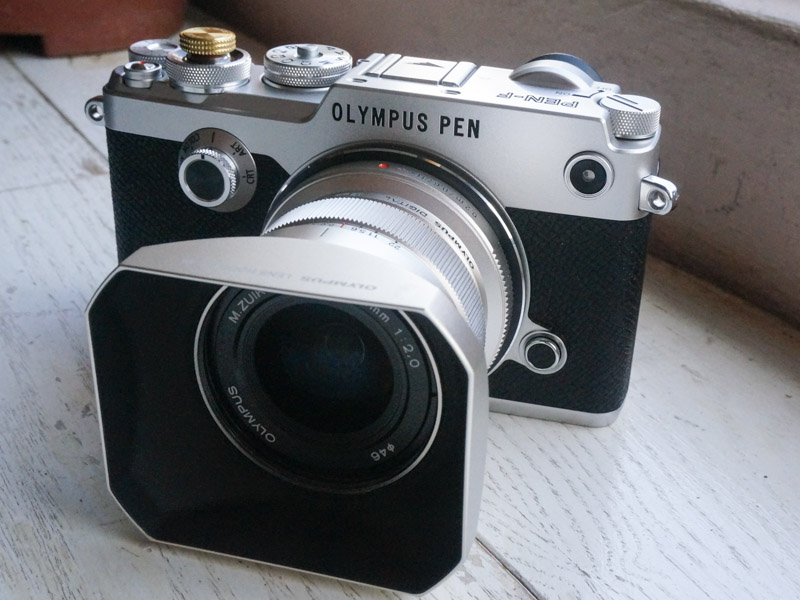 Olympus’ new camera is named after the original Pen F from 1963, and is billed as “the rangefinder that responds to your imagination.” The classic styling is certainly very evident, as is the inclusion of an OLED EVF, which sits on the left side of the camera body.

Indeed, design and styling are clearly points of emphasis here, as Olympus says they are targeting two groups of users with this new camera: The design and style-oriented photography enthusiasts, as well as the “lifestyle cosmopolitan” crowd, who will appreciate the camera’s aesthetics. Multiple accessories for further customization are already available, like the gold soft button by Gariz you see on ours. 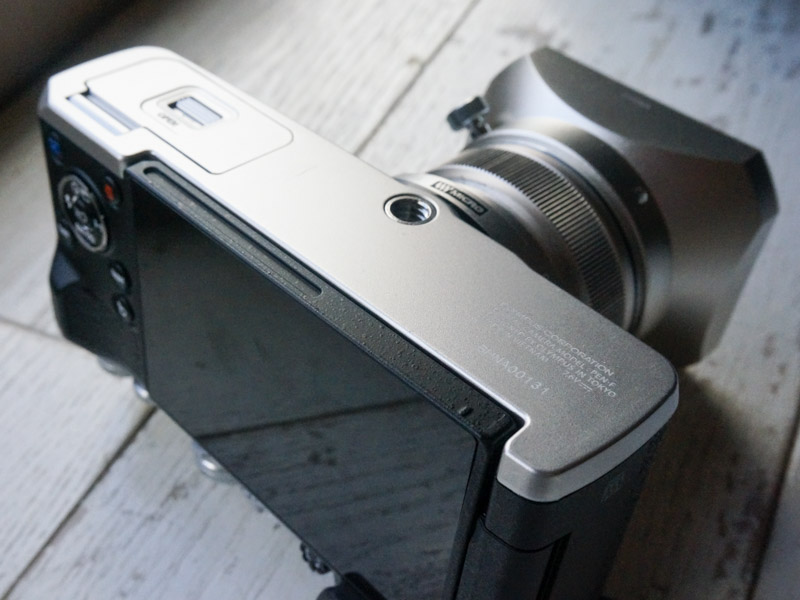 Certainly, the emphasis on design is very evident with the new Pen F. Olympus says everything was built along a circular design concept, which is why all the dials have a circular appearance. Take a good look at the body, and you’ll notice that there are hardly any screws visible, not even on the base plate.

Controls have a good amount of tactility

There are again a number of function keys that you can set to your liking, and we like how the knurled dials have a good amount of give to them, so that there’s a tactile sense to when you’ve adjusted a setting. 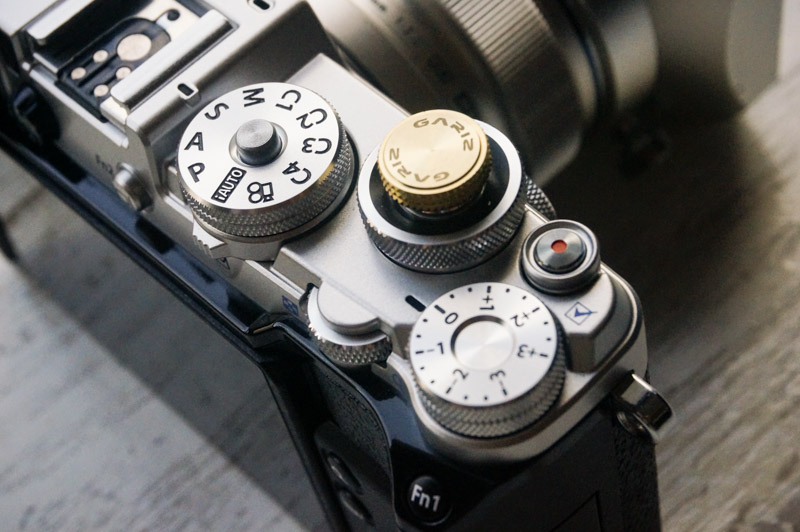 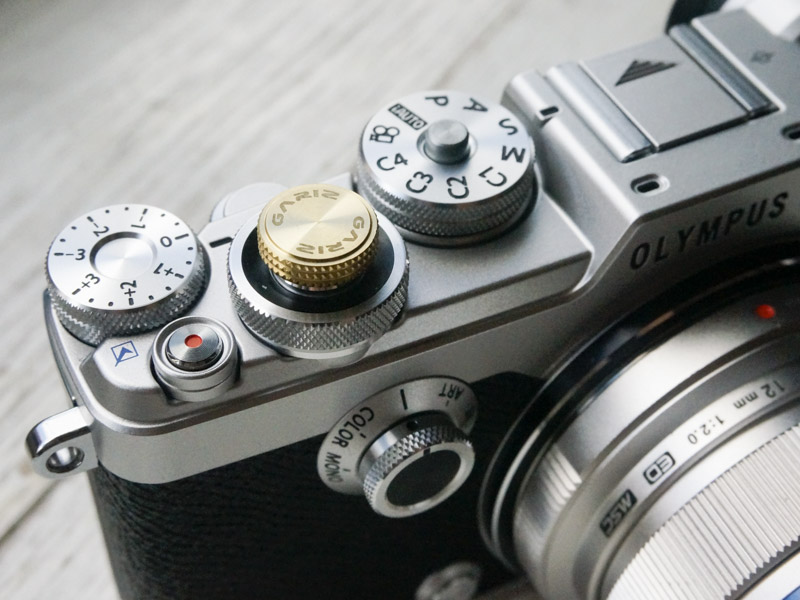 Also, it does seem like all the buttons are raised up just about enough to easily reach by feel with this camera, in particular the movie recording button, which is nicely raised so you shouldn’t have any problems activating it. 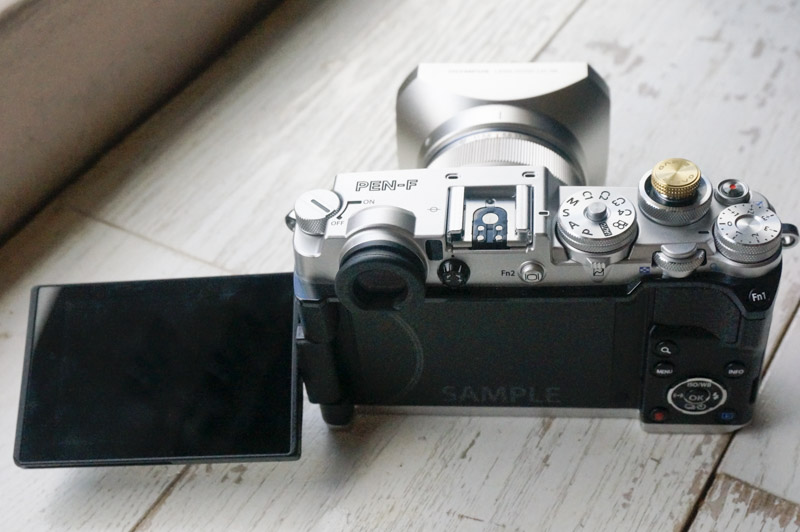 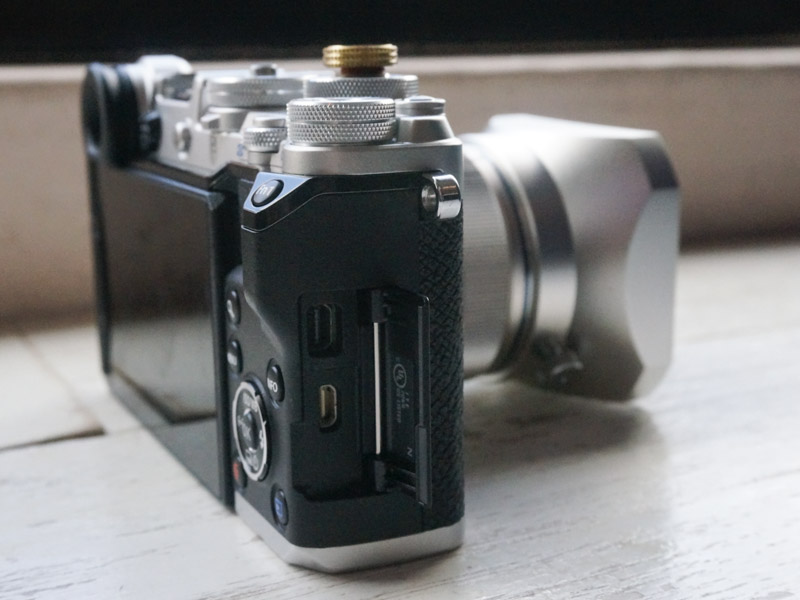 Unlike the E-PL7 (or even the E-PL6) the Pen F’s rear LCD doesn’t just flip out. It turns outwards too, just like the E-M5 Mark II. That means you can use the camera in a variety of angles, but as one photographer pointed out, may be slower to use for street photography than a simple flip screen, when you want to use the camera at waist level. 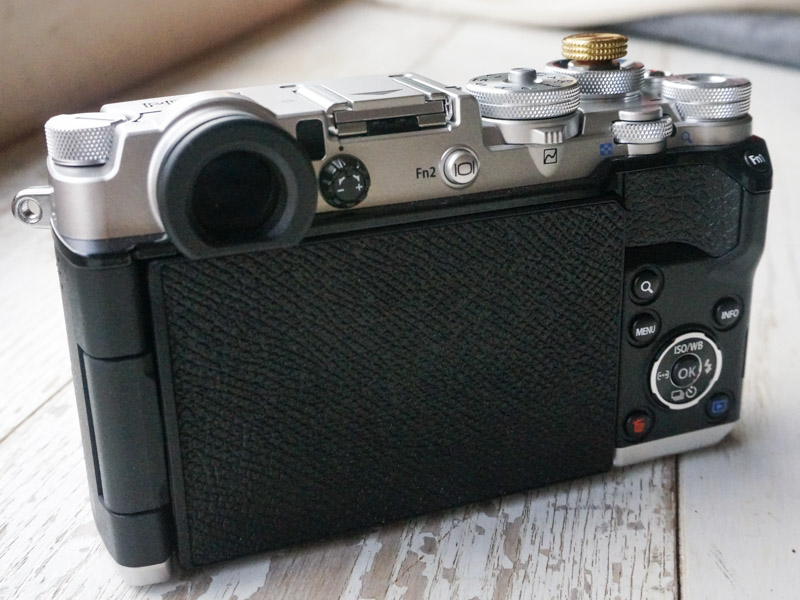