Hands-on: NVIDIA Tegra 4 and 4i Processors

Hands-on: NVIDIA Tegra 4 and 4i Processors

NVIDIA unveiled its Tegra 4 quad-core processor a month ago at CES 2013, where we had a preview of its web browsing capabilities and computational photography architecture. While Tegra 4 impressed us with its capabilities, it seemed that NVIDIA had another trick up its sleeves.

Days before Mobile World Congress (MWC) 2013 began, NVIDIA announced a new mobile processor called Tegra 4i which is its first mobile processor with a fully integrated 4G LTE modem. Before the introduction of Tegra 4i, Qualcomm was the only chip maker to produce an integrated radio modem on a single mobile processing chip. So what's so significant about the family of Tegra 4 processors and what it means for the mobile industry in the coming months? 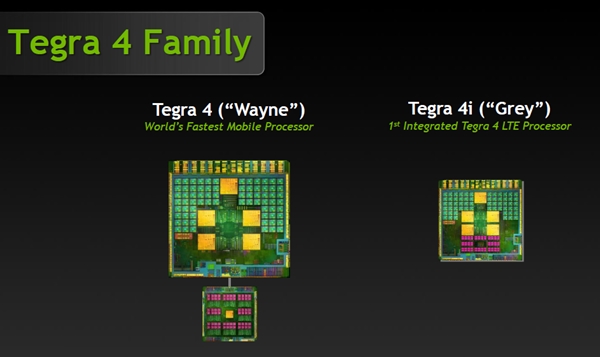 In a nutshell, the family of Tegra 4 processors utilizes the same 4-PLUS-1 architecture as the Tegra 3 processor, where the main four CPU cores are used for performance-intensive applications while another fifth battery saver core is reserved for processing low performance apps and background tasks during idling. However, if you dive deeper into the specifics of the Tegra 4 and 4i processors, the differences become more apparent.

The Tegra 4 is the first quad-core processor to use four Cortex A15 cores. In contrast, Tegra 3 processors use Cortex A9 cores. As a general guideline, each iteration of the Cortex A series will see a boost in CPU efficiency, performance and aims to reduce power consumption. Moreover, it is supported by a 72-core GPU.

On the other hand, Tegra 4i utilizes the Cortex A9 r4 CPU - ARM's latest and most efficient core. However, the main highlight of the Tegra 4i processor lies in its integration of the NVIDIA i500 LTE modem. 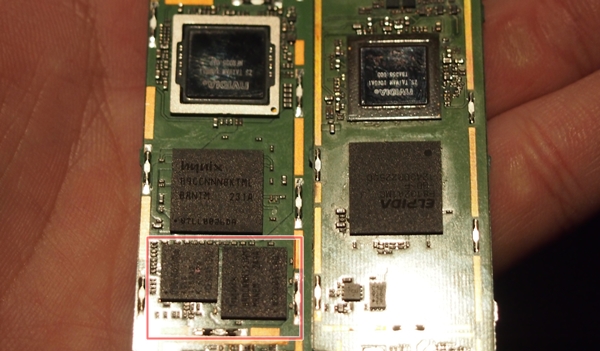 NVIDIA claims that the i500 LTE modem has a smaller die size - estimated to be 40% of the area of a conventional die - fewer transistors will mean lower power consumption. In addition, the i500 LTE modem uses software-based radio technology that supports the latest wireless protocols (DC-HSPA+ and LTE) and has the flexibility of being fully programmable to support future generations of interfaces and standards.

What this means is that the i500 LTE modem can effectively put an end to two major problems faced by consumers, telcos and the mobile industry. They are the inevitable fragmentation of LTE spectrum bands and true 4G global roaming. A NVIDIA spokesperson told us that the i500 LTE modem is capable of supporting all current LTE bands that are used worldwide.

We've seen a fair share of phone models that come in two variants. For example, Taiwanese phone maker HTC has two variants of the HTC One X - the LTE variant (also known as the One XL) and the non-LTE variant. The One XL uses a Qualcomm Snapdragon S4 dual-core processor while the One X uses a Tegra 3 quad-core processor. Apple also has three different iPhone 5 models to cater to the different LTE spectrums used across the region. With Tegra 4i processors, phone makers no longer need to build different variants of the same phone. 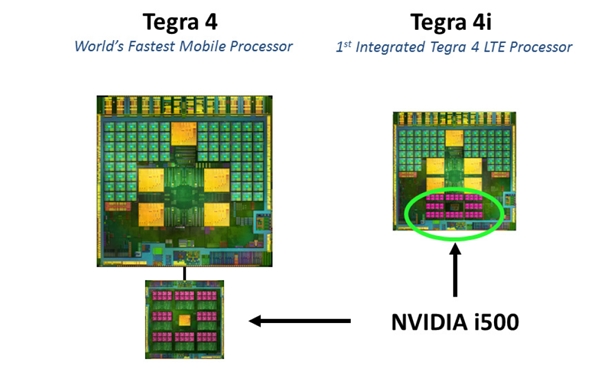 The second generation battery saver core in the Tegra 4 and 4i processors are optimized to reduce power consumption. To make this possible, a NVIDIA spokesperson states that the company enhanced the algorithm that manages the switching process of the battery saver core, and enables it to do more tasks in the low power state. Generally, consumers can expect 30-40% improvement in power efficiency over the first-gen battery saver core in Tegra 3. Below is a video demonstrating the low power consumption of the Tegra 4 processor: - 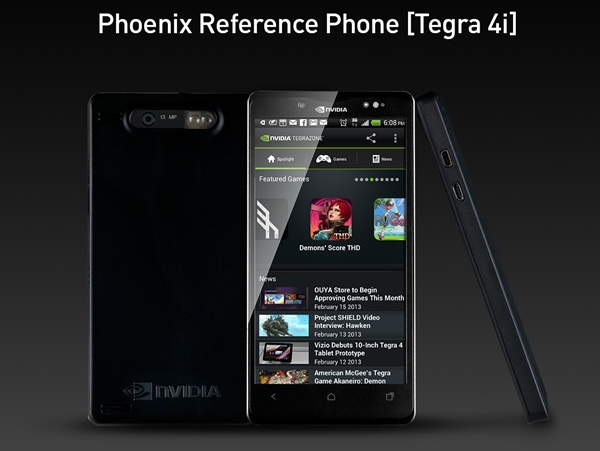 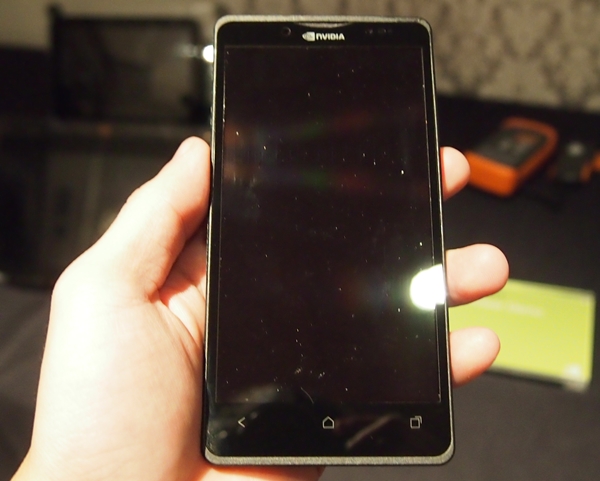 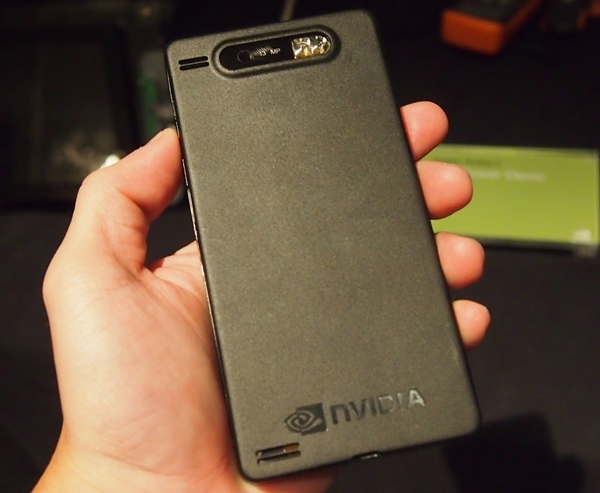 As points of reference, the HTC Butterfly and Sony Xperia Z had Quadrant benchmark scores of 7882 and 7615 respectively. 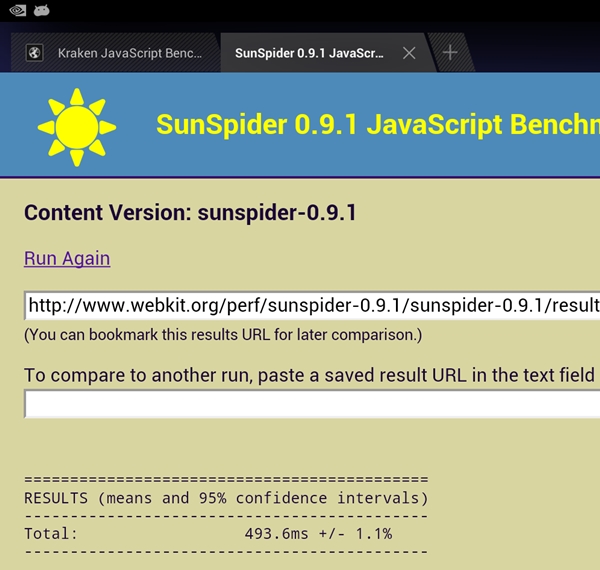 The closest competitor in the phone arena is the Apple iPhone 5 (917.3) while the best performing tablet in this benchmark is the fourth-gen Apple iPad (875.9). In both cases, the Tegra 4 led the competition by huge margins! 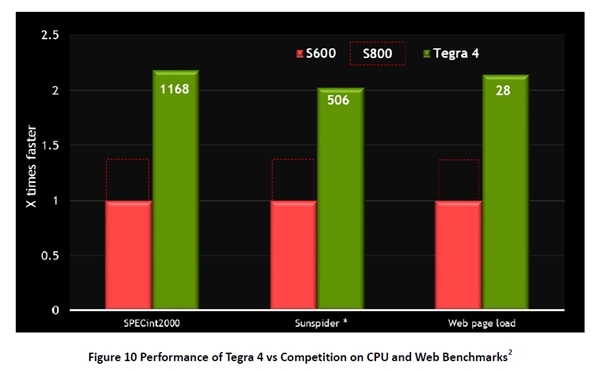 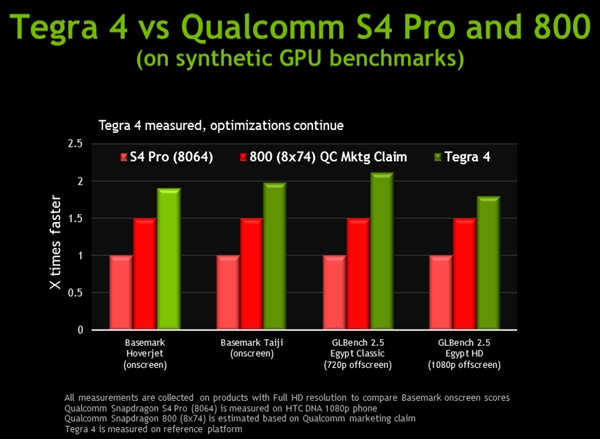 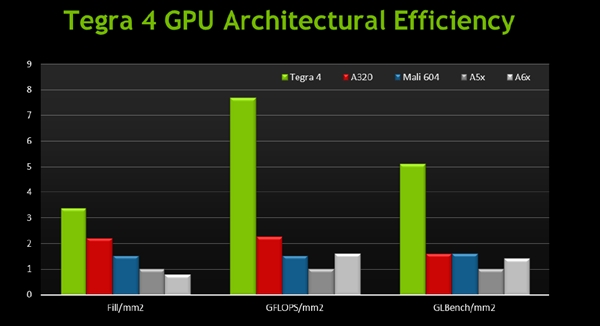 Expectations on the Tegra 4 Family of Processors

When queried on the expectations of the company on its new line of Tegra processors, a NVIDIA spokesperson remarked that he expects the processors to be well-received. NVIDIA appears to bank on its strengths in graphics performance, its unique 4-PLUS-1 CPU architecture and continuing innovation on radio modems to fend off competition from the likes of Qualcomm, Broadcom and other chip makers. 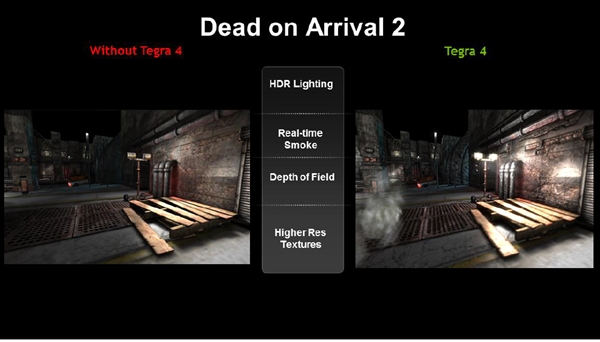 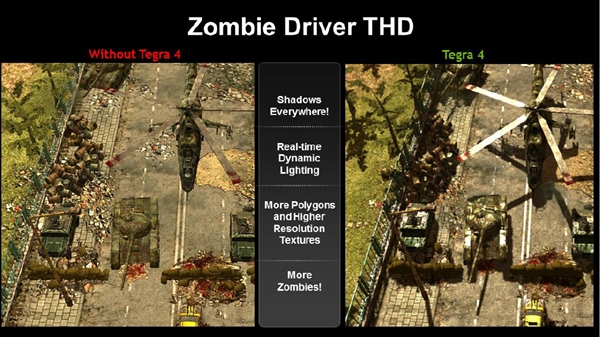 As for the price points of Tegra 4i-powered devices, the company feels that OEMs are free to price their devices at any price point they deem fit, although they are likely to follow the route of the Kai platform for tablets (1) (2) which have so far been a major success.

ZTE has announced that it will be working with NVIDIA to offer the first superphone powered by Tegra 4. Judging from ZTE's track record of offering its devices at competitive price points, we will not be surprised if the same happens for the Tegra 4 superphones.