NVIDIA has been busy springing surprises in this year's CES show and the announcement of NVIDIA Project Shield is the culmination of five long years to ensure all the relevant pieces of the puzzle were mature enough to come together and make it a reality.

To put things straight, Project Shield was designed to bridge the different gaming ecosystems that have been evolving in different directions - namely mobile gaming on smartphones/tablets and PC gaming. Of course the established portable game consoles from Nintendo and Sony are also availble, but they are closed ecosystems that exist on their own. 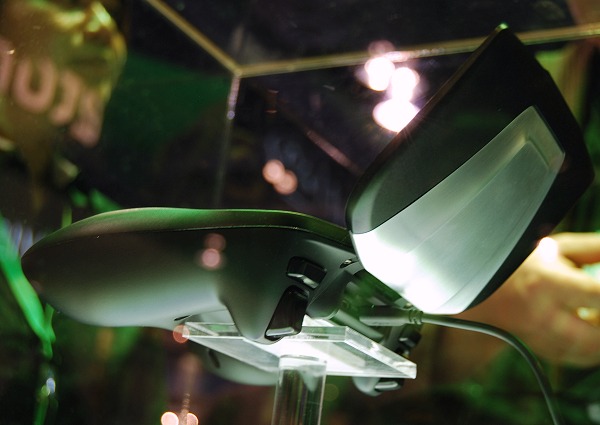 NVIDA has been creating hardware that drives the mobile and PC ecosystem, as well as the software aspect such as spending engineering resources to get Tegra optimized games listed on their Tegra Zone, and having PC games certified under NVIDIA's TWIMTBP programme; not to mention the drivers that work behind the scene to make all hardware and software to work. This is why NVIDIA is in a unique position to leverage its strengths and bring about a solution like Project Shield to bridge the various users needs and perhaps even new ways of interaction. First off, we compile the key specs:-

The Project Shield handheld gaming unit is built around the upcoming Tegra 4 processor and will be running on a pure Android environment. It was stated that the unit will use Android Jelly Bean (4.1) or the next revision (4.2), depending on what's more well tested and ready for launch. As such, you can pretty much do whatever an existing Android smartphone or tablet can do and is limited only by the apps ecosystem on Google Play - now that's a lot of possibilities. With it multi-touch screen and various analog/digital button controls, your interaction options are aplenty. 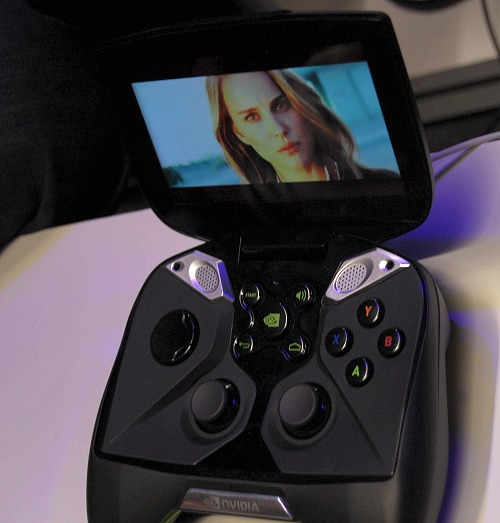 Secondly and most importantly, Project Shield was also designed to unleash PC gaming from your gaming notebooks and desktops and play your preferred game PC game title on this handheld gaming device. While you can't install a PC game on this device, it allows stream your games from a host machine (which is your notebook or desktop gaming machine). All the processing and heavyweight crunching takes place on your host machine while the Shield device receives a H.264 video stream of the actual gameplay. In other words, Shield only decodes the video stream sent by your PC of the actual gameplay. This is also the reason why the stated battery life for streaming PC games is a lot higher than if was used as an Android-based gaming device.

In essence, this is sort of like cloud gaming, but at the localized level within your home. Project Shield is only specced for Wi-Fi support as it was designed to be a handheld gaming companion at home where there's a stable network connection. Future iterations could see 4G support if there's strong demand. 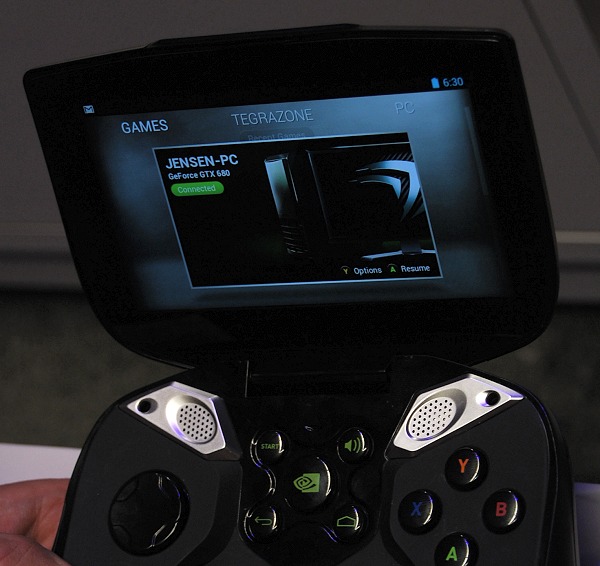 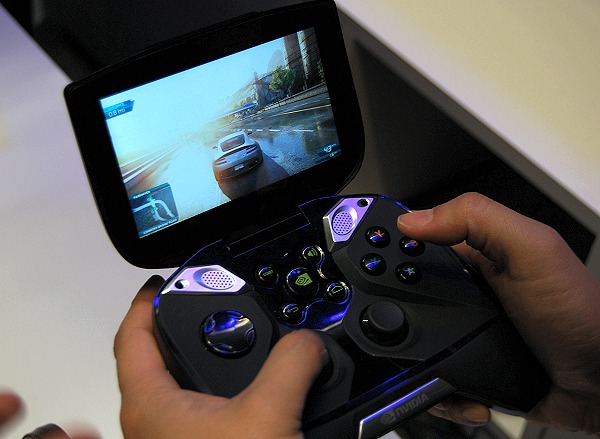 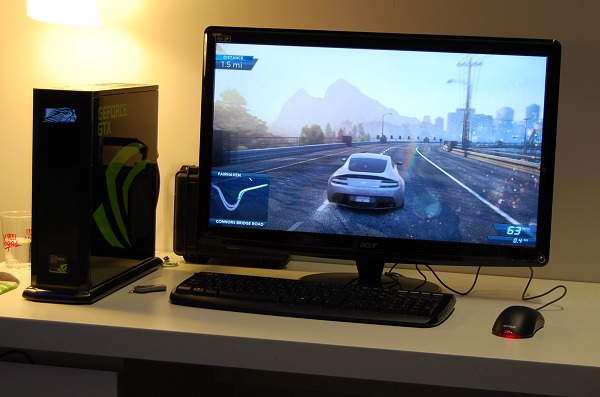 In actual usage at NVIDIA's closed-door trial session, we noted no lag whatsoever from streaming games off a Windows PC and this is crucial to ensure the product meets its intended target market. This will allow more casual gaming sessions, away from the rigid desktop machine. Of course, you can't enjoy a game of Star Craft or any others that are primarily designed for use with a keyboard and mouse combo, but other games such as Need For Speed series and many more will work perfectly fine on this handheld unit.

All things said and done, Project Shield will help revive handheld gaming to a certain extent, though its lack of true mobility and slightly bulky build could put off some people. If you are an Android gamer and a PC gamer, or have been primarily using one or the other and long to have a way to dabble between them effortlessly, then Project Shield is a boon to you. If you don't fit this profile, perhaps you can look forward to another iteration in the future. The important thing is to treat the device as a supplementary device to extend your experience and not exactly a primary device.

Another nice aspect of the device is that it allows you to enjoy games with your friends, without having to own the game. For example, you could head over to your best friend's place and assuming he has an NVIDIA based system, your Shield device can be hosted by his/her PC and enjoy games that you don’t yet have and both of you can then indulge in the same game together. If your friend also has a Shield device, then both of you can be detached from the vicinity of the PC (as long as your have a strong Wi-Fi signal elsewhere).

Pricing is unknown at this point of time, but availability is currently slated for a Q2, 2013 launch in North America with more regions following suit. The device will be sold as an NVIDIA branded product through its partners, vendors and online channels like Amazon. However, NVIDIA doesn't rule out the possibility of tying up with existing brand owners to launch custom editions. One aspect that was pre-planned in the design of Project Shield was to have custom cover options via its removable top plate. This allows a lot of customization possibilities. 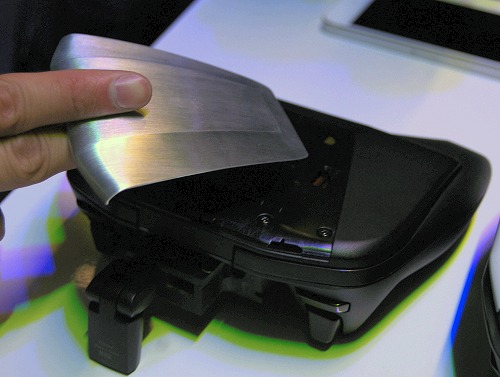 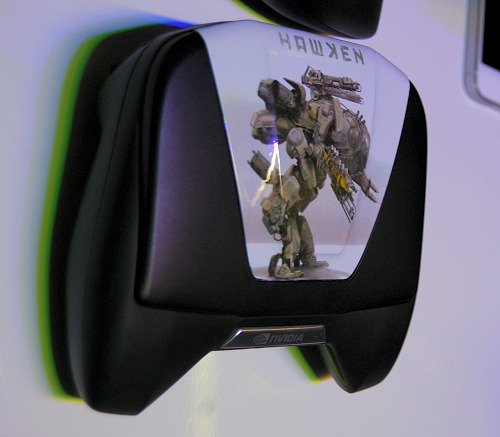 So far it sounds interesting, but would you want to get one? We guess the price has to be right, plus a match of the right set of games played to best benefit from Project Shield's versatility. Just take note of its size and the fact that it can only utilize a Wi-Fi connection for internet connectivity. 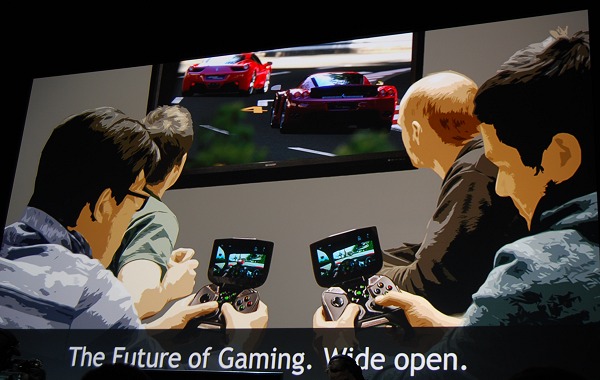 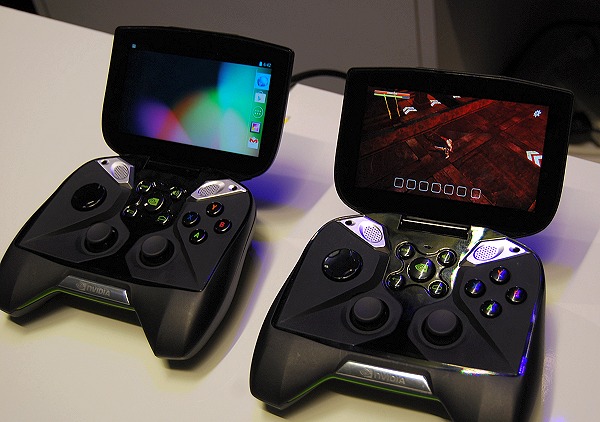