Hands-on with the Nokia Lumia 925

Hands-on with the Nokia Lumia 925

Up Close and Personal with Nokia's Latest Flagship Smartphone 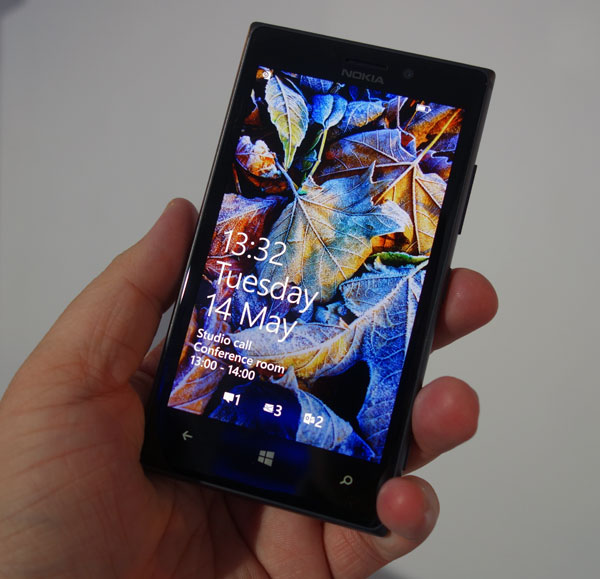 Nokia's Lumia 925 is the company's new flagship device, and in a surprising twist, have partially departed from the reliance on a polycarbonate monoblock for their Lumia line, instead going for a combination of a polycarbonate rear, an aluminum frame in between, and an edge-to-edge screen up front.

The Lumia 925 feels very good in the hand, despite the strips of aluminum running down the sides, where users typically grip their smartphones. The metal strips also act as antennas, similar to the iPhone 4, 4S, and 5. And despite its thinness, the use of metal in the frame leads to a very solid and sturdy build. At just 139g in weight, the Lumia 925 is also very, very light (comparatively speaking with its predecessor). 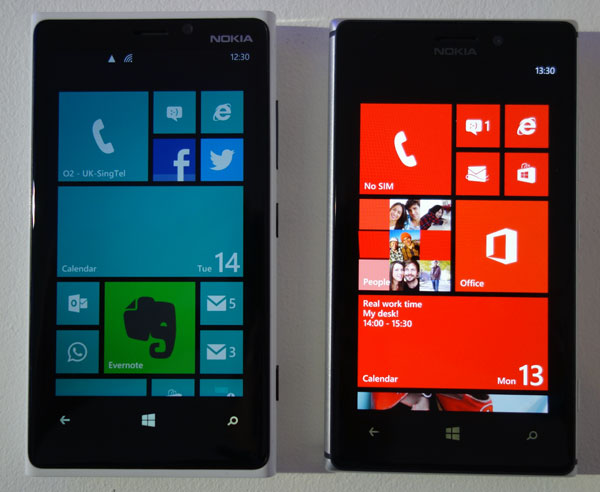 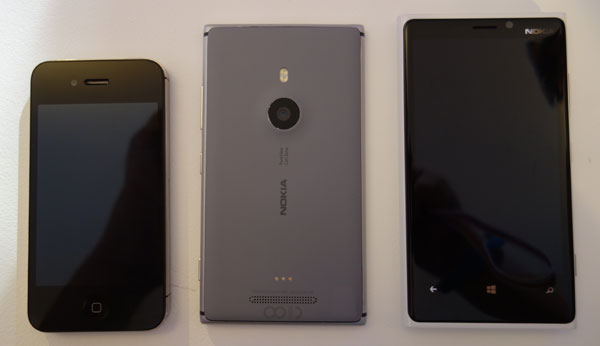 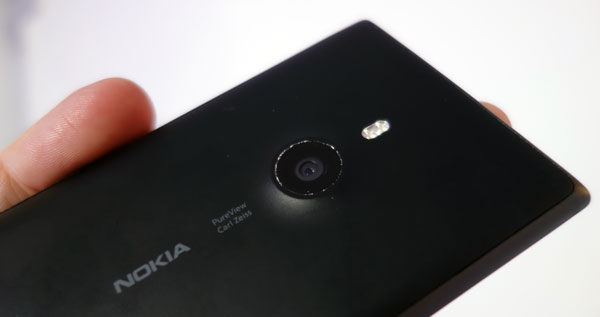 The rear camera on the Lumia 925 features an 8.7-megapixel sensor. Like many a Nokia device, the lens is made by Carl Zeiss, while PureView and optical image stabilization (OIS) technology are available too. It's interesting to see that Nokia goes with a little camera hump, kind of like the HTC One X series did. The non-flushed nature of the camera means that it will be prone to scratches when the back of the phone is placed on the table or any surface for that matter. With the front display protected with Gorilla Glass 2, you might be better off resting the Lumia 925 on its front face instead! 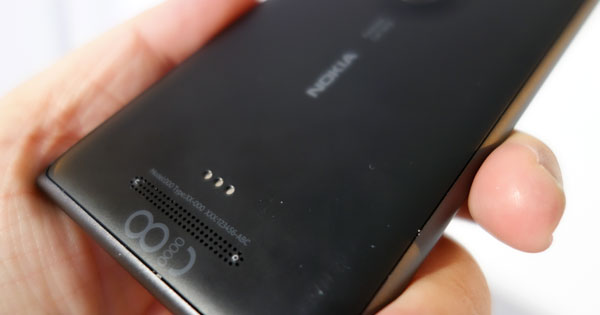 At the lower part of the rear side of the Lumia 925, you can see the three metal dots that represent the contact points for the wireless-charging snap-on case. To achieve the 8.5mm thickness for the Lumia 925, Nokia decided to remove the built-in wireless charging capability present on the Lumia 920, instead putting that functionality into a set of snap-on cases that the user can purchase separately (and hopefully lower the price of the device itself).

Nokia's moved just about all the necessary ports on the Lumia 925 to the top, as the image above shows. This leaves the bottom edge of the Lumia empty and free from clutter. 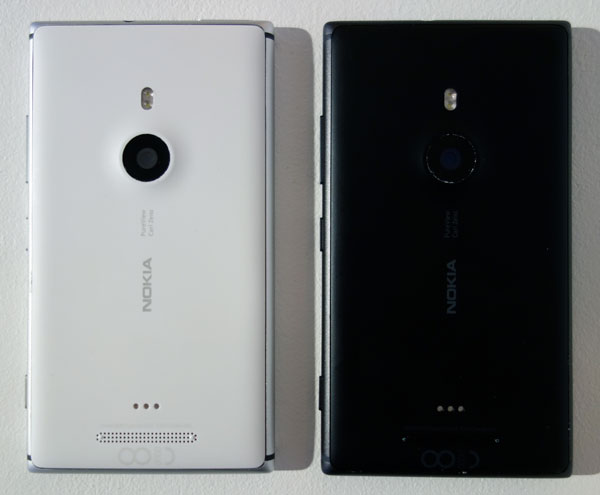 Aside from the snap-on cases, Nokia also had on display a selection of accessories that can be used with the Lumia 925, as well as the rest of their Lumia smartphone lineup. Below is a selection of some of the more interesting add-ons we came across. 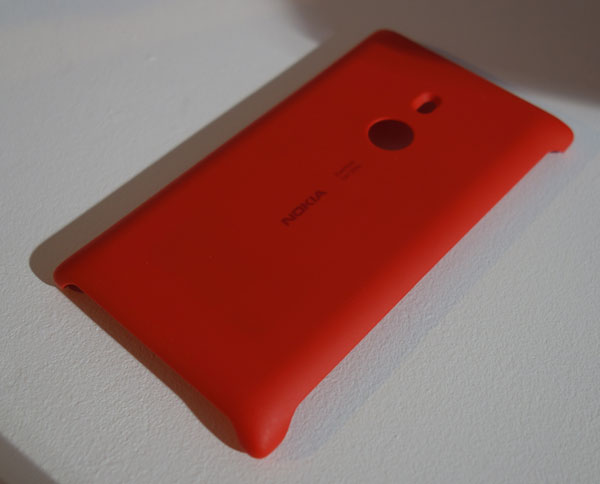 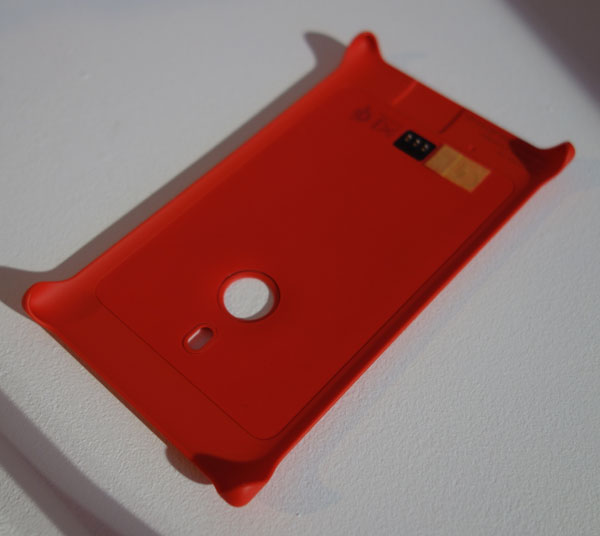 The snap-on cases for the Lumia 925 are physically quite unremarkable, but they aren't meant to be complicated accessories. They simply snap into place, with cutouts for the camera lens and the dual-LED flash (but didn't factor in the phone's rear speaker). They do add a bit of thickness to the overall package, but the additional weight is almost unnoticeable. Nokia will produce four different colors for the case: red, white, black, and yellow. 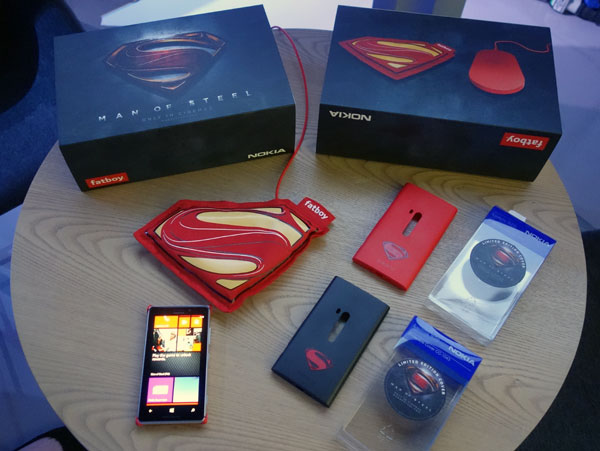 Spotted in a corner of the demo area at the Lumia 925's launch is what appears to be gear for a joint promotion between Nokia and the upcoming Man of Steel movie. The box will include a custom-designed Fatboy pillow charger in the shape of Superman's iconic chest logo, as well as a red Lumia charging plate. There will also be Superman-branded rubber cases, as well as wireless-charging snap-on cases emblazoned with Superman's S (not pictured). Best of all, this collaboration will apparently be made available in Singapore very soon. 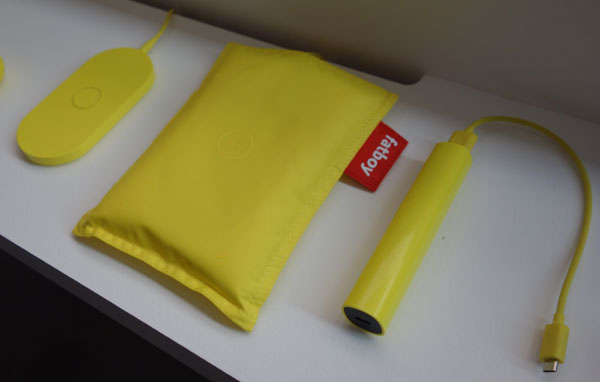 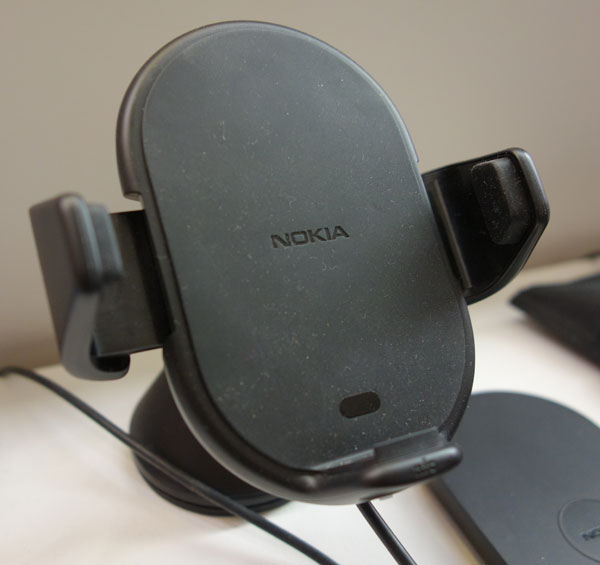 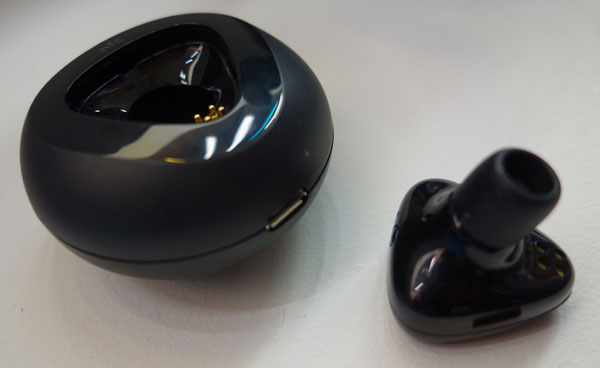 For details on the new software features on the Lumia 925, check out our earlier article here.