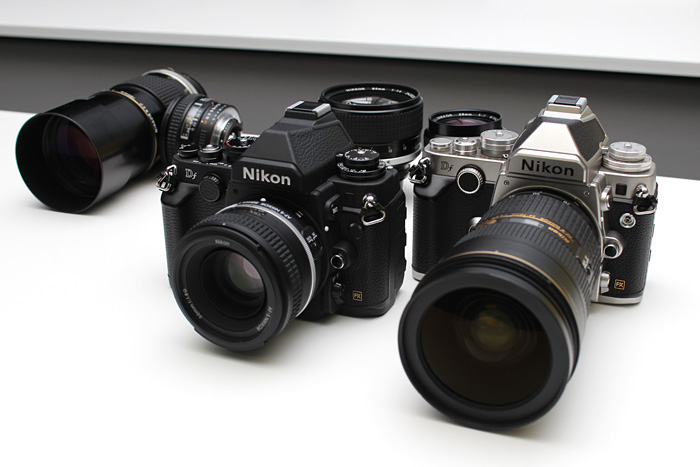 Nikon has just announced the Df camera, short for Digital Fusion, a retro-inspired DSLR camera with a 16MP full-frame sensor inside and full compatibility with Nikon’s range of lenses, including classic non-AI lenses.

Anyone hoping that Nikon would be making a mirrorless, full-frame interchangeable-lens camera will have to wait longer. There’s a pentaprism inside, so this is a full-on Digital SLR with a luxurious optical viewfinder, a Nikon FM-inspired look, more mechanical dials for hands-on controls, and a full-frame sensor which is a variant of the one found in the flagship D4. The Expeed 3 image engine gives the DF a shooting speed of up to 5.5 frames per second, and an ISO range from 50 to an astronomical 204,800. Here's a video overview of the new Nikon Df to better acquaint yourself:-

The Df is a large camera, as big as the D600/610 and only slightly lighter. The magnesium alloy body is water (think rain, not swimming) and dust resistant and it comes with exceptionally long battery life, to the tune of 1400 shots per charge, rated by CIPA. The Df fully supports Nikon's Creative Lighting System, which you'll need as it doesn't have a built-in flash. It also doesn't have any video shooting capability whatsoever; the Df is strictly a photo-taking machine.

If you have a library of Nikon lenses, you might like the Df. It’s Nikon’s first DSLR to be compatible with Nikon’s full range of classic lenses, including non-AI (automatic maximum aperture indexing) lenses. A collapsible metering coupling lever enables the attachment of non-AI lenses, and allows for full aperture metering equivalent to that of AI lenses.

Everything sounds good so far, but there’s one downer: While the sensor inside is a variant of the leading-class, see-in-the-dark sensor from the D4, the AF system is the one from the D600/610, which means that the AF points are all bunched in the middle, just missing the places where the Rule of Thirds places the subject. The Multi-CAM 4800 system gives the Df 39 AF points with nine cross-type.

It's also disheartening that in 2013, Nikon is releasing another new FX camera without built-in Wi-Fi.

Here’s how the Df stacks against its colleagues in the Nikon FX collection.

First Impressions of the Nikon Df 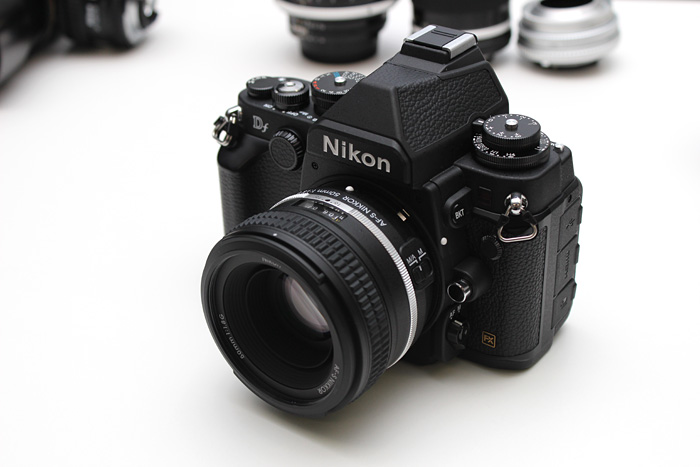 I’ve had a little private time with the Nikon Df, and the first thing that struck me about the camera is how heavy and big it is. The Df is about the same size as the Nikon D610, and approximately 100g lighter at 765g (body with battery and memory card), which makes it the lightest FX camera in Nikon’s stable, but the camera still feels substantial. A compact, portable mirrorless system camera the Df ain’t. 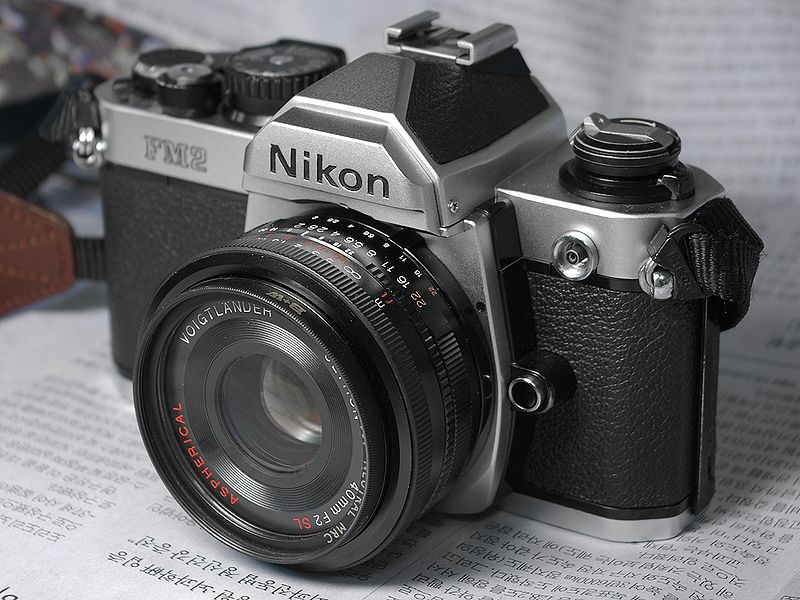 The second thing is how the Df looks. Whereas its inspiration, the FM, had elegant proportions, the Df looks squat and chunky, with a protruding front grip that looks ill-fitted. The old Nikon logo just screams to be heard and looks like it’s just asking for some black tape. To be fair, I showed the Df to a colleague of mine, whose camera collection ranged from a manual Leica rangefinder to a modern full-frame DSLR and he loved it. 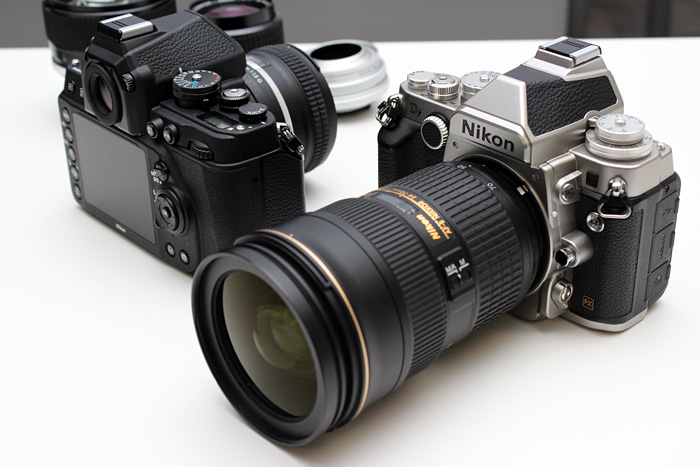 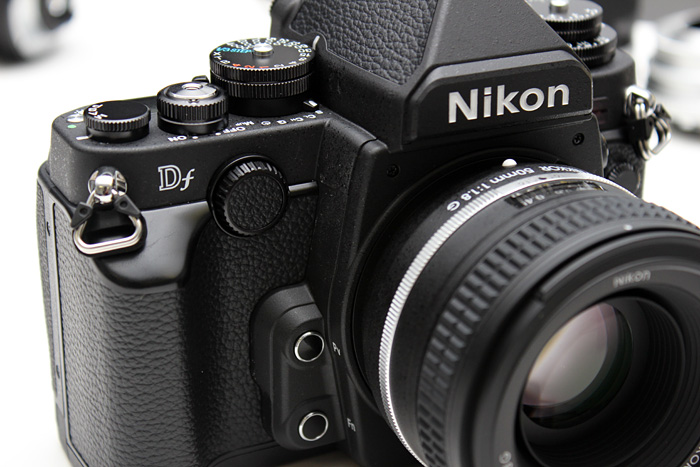 The mechanical dials bring to mind my old manual Nikon, with clearly labeled dials for ISO, exposure compensation, shutter speed, exposure mode and release mode. Each dial is locked down, you have to unlock them to change settings, even the Mode dial has to be lifted up before you can twist it. Aperture can be set via the aperture ring on older lenses, or by the command dial on the Df. There are two, a round dial on the front, and a second dial on the back. 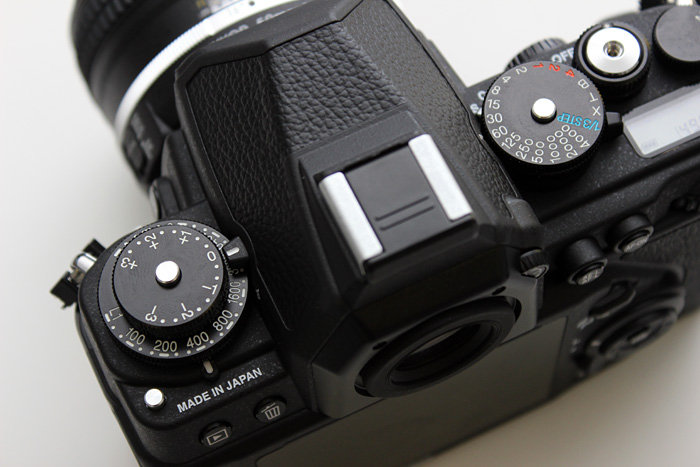 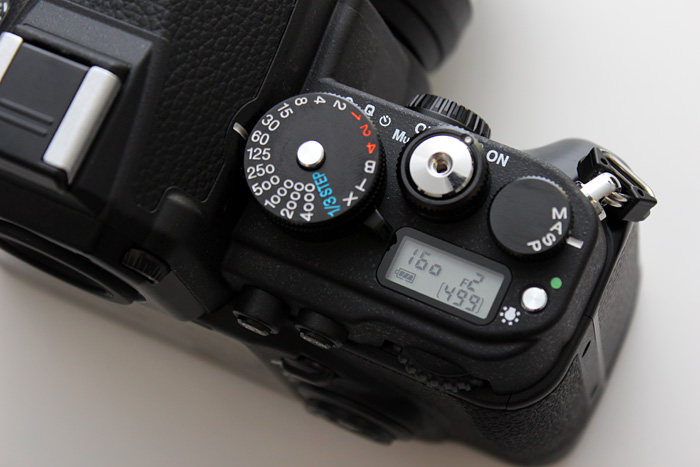 The Df is not entirely controlled by the dials however, it’s a combination of both the dials on top and the digital menu, for instance there’s no Auto ISO setting on the ISO dial, but you can set it in the menu...which just sounds confusing.

It’s disappointing how Nikon is giving users a miniature (non-sports specced) D4 but with the AF system from the D600/610, with the 39 AF points bunched in the middle. The Df doesn’t come with any manual focusing aids to sidestep this weak spot, there’s no focus peaking (which would only work with Live View) or some kind of digital split image system like Fujifilm introduced with the X100S. I guess the Df is retro, but not full retro - like some kind of digital fusion almost (cough).

That’s not to say that the AF system is no good, even when limited in coverage, the AF was fast and the shutter release responsive. The mechanical shutter makes a loud, affirmative sound, the Df has a quiet release mode which produces a quieter sound but I neglected to try it. The viewfinder is large and luxurious, as you’d expect from a full-frame camera. 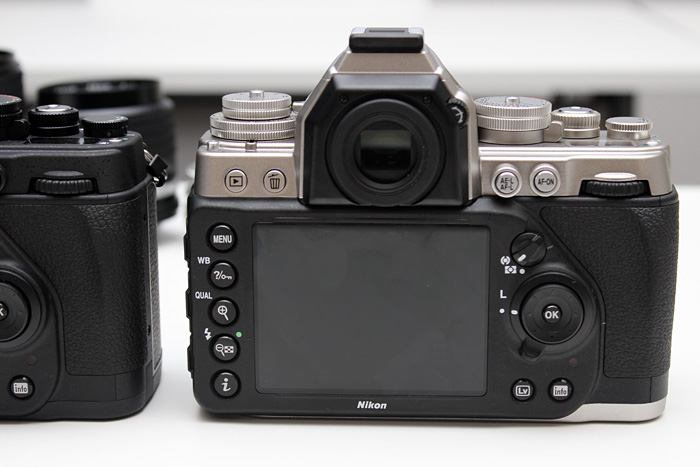 Who is the Nikon Df for?

The biggest question is really how the Nikon Df is for. It’s essentially a 16MP D4 sensor inside a D610-sized body that’s been given a retro makeover with mechanical dials, a sturdy body with exceptionally long battery life, but with a limited D610 AF system that just doesn’t have enough coverage.

There is one other possible customer and it's the photographer looking for the true upgrade to the D700, a full-frame DSLR camera without the insane number of megapixels generated by the D800, with high ISO, low noise performance, rugged durability and a respectable frame-rate. Unfortunately, the AF system on the new Df is worse; the D700 had 51 AF points with 15 cross-type and wider coverage across the frame, while the Df has 39 with 9 cross-type bunched in the middle. It's a glaring omission - why put a flagship sensor in a high-priced body but put in the least powerful AF system Nikon has?

I can't help but be curious about why the Df was made. If it's to hop on the retro bandwagon kickstarted with the Olympus Pen series and inflamed by the Fujifilm X-series, I wonder if Nikon realizes that while looking retro was part of the appeal, the other part was the cameras' smaller and lighter bodies compared to big DSLRs. While Nikon may say that the Df is made for the no-compromise crowd which wants full-frame quality and a true optical viewfinder, we've seen in the last five years of mirrorless system cameras that lots of people are fine with good-enough image quality, if it means the cameras are more portable.

At the moment, the Nikon Df seems to sit outside of Nikon’s FX family, without occupying a niche of its own. I’ll have more thoughts on the camera when I get to shooting with it. 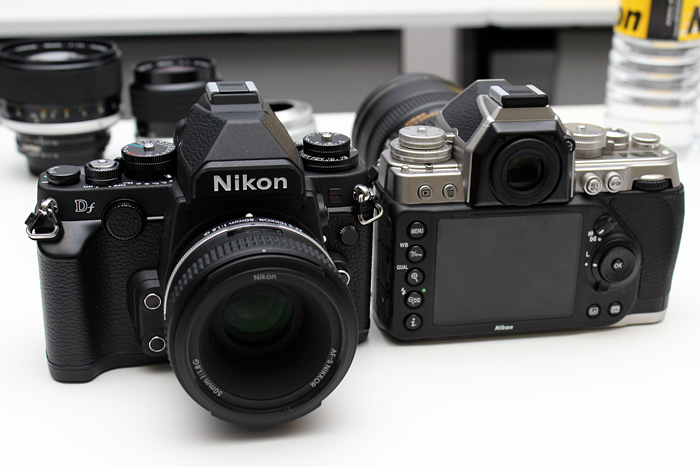