Note: This article was first published on 22nd April 2017 and is now updated with pricing details. 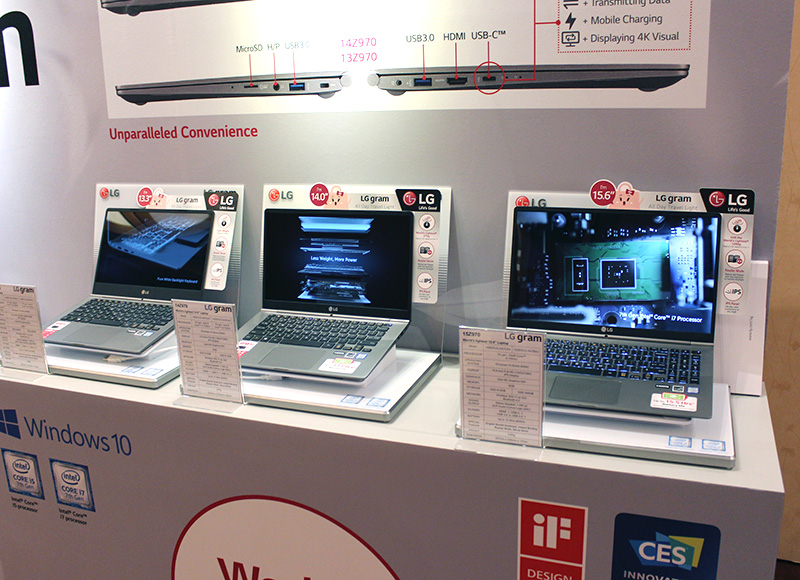 LG marked its return to the notebook scene last year with the incredible gram 15 and gram 14 notebooks. Of the two, the gram 15 is arguably more impressive. Because even though it has a 15-inch display, it weighed a scarcely believable 980g, which, believe it or not, makes it even lighter than an 11-inch MacBook Air. This made it extremely popular amongst users who wanted the larger display of a 15-inch notebook but without the associated heft.

For 2017, LG has updated its gram notebook lineup with the latest Intel Kaby Lake processors. They have also expanded their gram offerings here to include the 13-inch model alongside the 14 and 15-inch models. Have a closer look at them now. 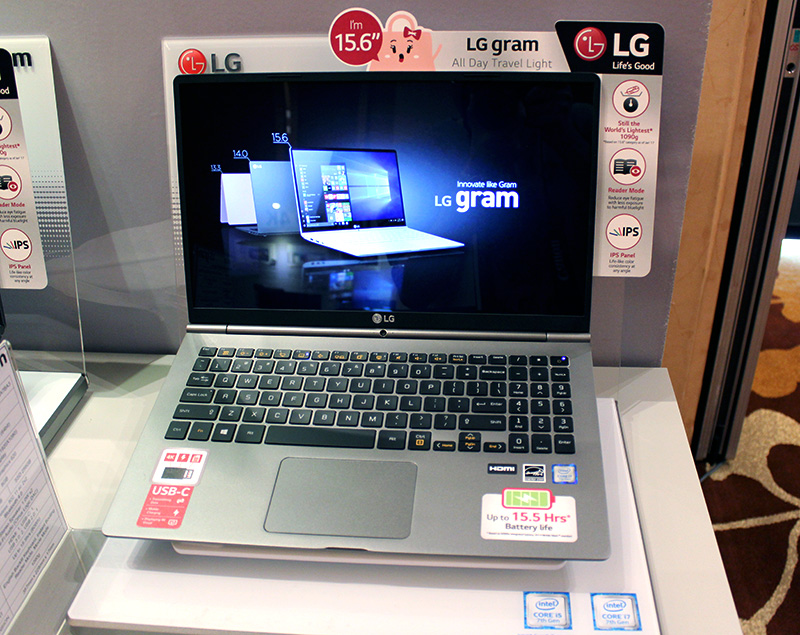 The LG gram 15 now comes in Dark Grey, in place of gold from last year’s model. Apart from the color, it has kept much of the ingredients that made it such a great and popular 15-inch notebook.

It sports a 15.6-inch Full-HD IPs display with super thin bezels that help give it a smaller footprint. The chassis is 17mm thick, which means it is significantly thinner than its predecessor. Like its predecessor, the chassis continues to be made out of a blend of magnesium alloys and carbon fiber. 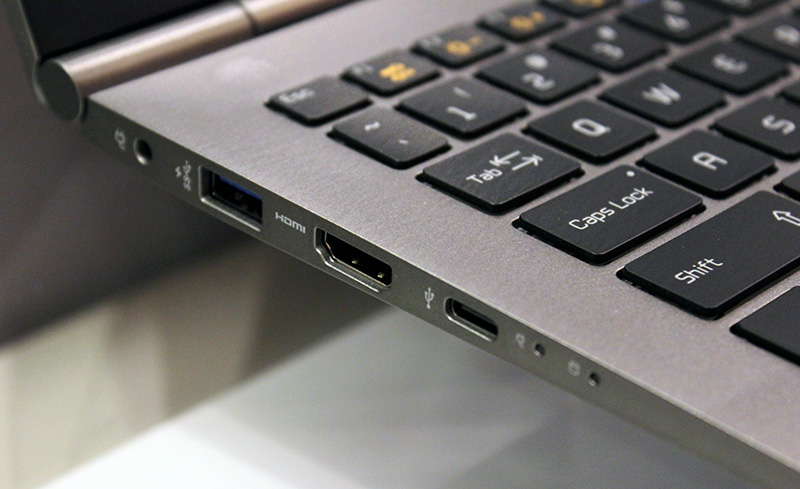 However, this new updated model is slightly heavier than its predecessor, weighing in at 1080g - just over a kilogram. Last year’s model, if your recall, was just 980g. In our hands, it does feel noticeably heavier, but even so, 1080g is still a remarkable achievement for a 15-inch notebook.

One of the criticisms of last year’s model was the lack of backlights for the keyboard so this year’s model now has a backlit keyboard. And despite the gram 15’s thin chassis, it comes with a healthy variety of ports including a USB Type-C port, two USB 3.0 ports, a USB 2.0 port, and even a full-size HDMI port. 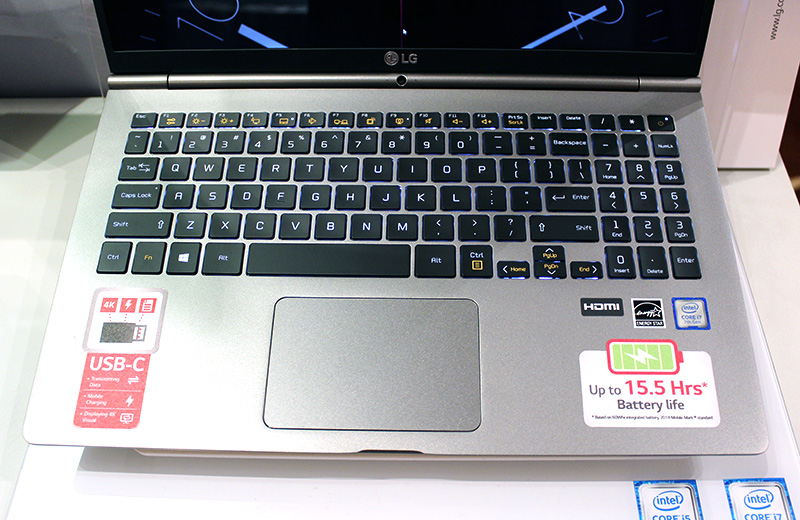 Headphones junkies will be pleased to learn that all the new gram notebooks will feature DTS Headphone: X, a surround sound technology that is designed to work specifically with headphones. And if that’s not enough, all  gram notebooks will also be equipped with an integrated Cirrus Logic DAC that should help improve audio performance. 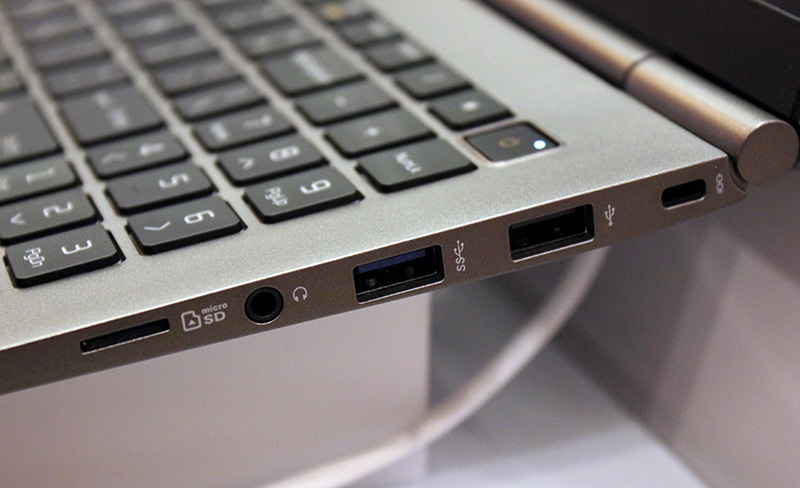 The gram 15 will also come with a larger battery. Last year’s model had a puny 34Wh battery, while this year’s model will see its battery capacity bumped up to a more respectable 60Wh - nearly double the capacity. According to LG, this is good enough to give the gram 15 a battery life of up to 15.5 hours. It is this larger battery that is responsible for the gram 15’s increased weight.

Finally, the new LG gram 15 will come in two variants with the only difference between the two being storage capacity. Both models will be powered by Intel’s new dual-core Core i7-7500U processor (2.7GHz, 4MB L3 cache) and will come with 8GB of RAM. The higher-spec model gets a 512GB SSD, whereas the other model will come with a 256GB SSD. 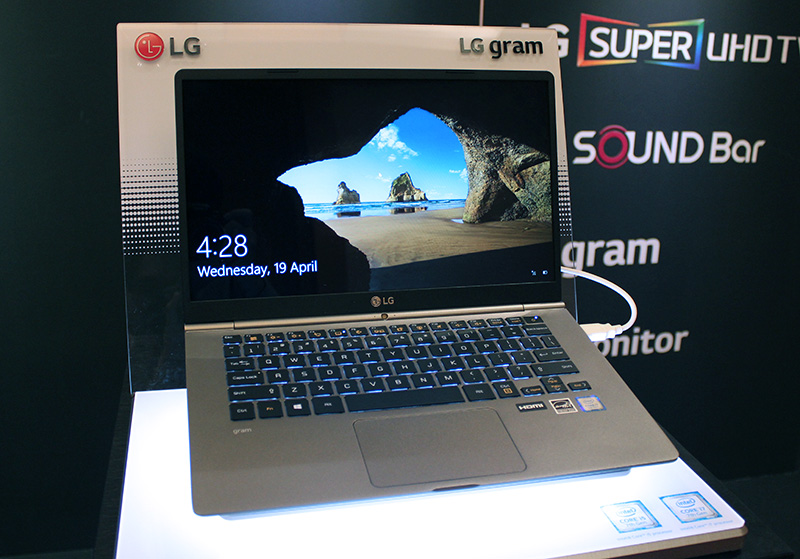 The LG gram 14 features a 14-inch Full-HD IPS display and its chassis is made out of the same lightweight materials as the gram 15. It is 16mm thick at its chunkiest point and the Gram 14 also features the same super-thin bezel as the larger gram 15. Also like the gram 15, the gram 14 is available only in Dark Grey for now. 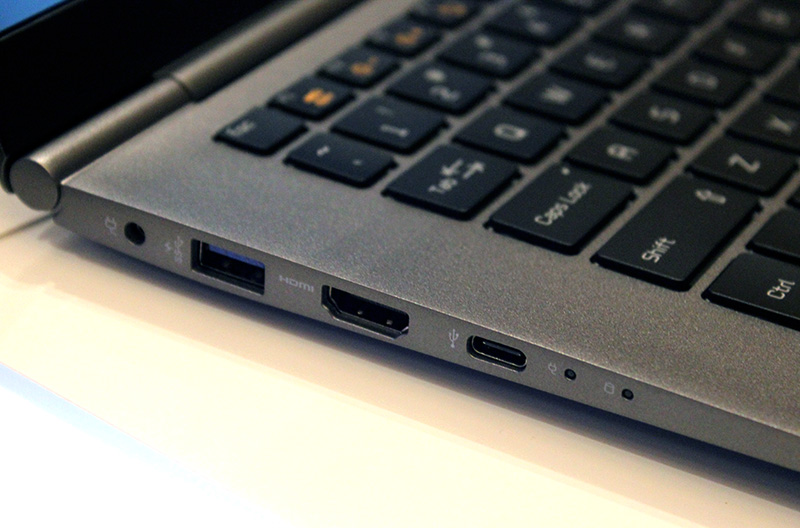 In the case of the gram 14, weight has been kept down to 970g, which easily makes it one of the lightest 14-inch notebooks in the market now. But despite the light weight and thin dimensions, the gram 14 comes with lots of features and ports, including DTS Headphone:X, an integrated DAC from Cirrus Logic, backlit keyboards, Reader and Movie screen modes, and a generous helping of ports including two USB 3.0 ports, a USB Type-C port, microSD card reader, and even a full-size HDMI port.

The gram 14 will be available in two configurations with the key difference being the processor. The higher-spec model will come with a Core i7-7500U processor (2.7GHz, 4MB L3 cache) whereas the other will get a Core i5-7200U processor (2.5GHz, 3MB L3 cache). Both models will get 8GB RAM, 512GB of SSD storage, and a 60Wh battery that LG says is good for up to 17.5 hours of battery life. 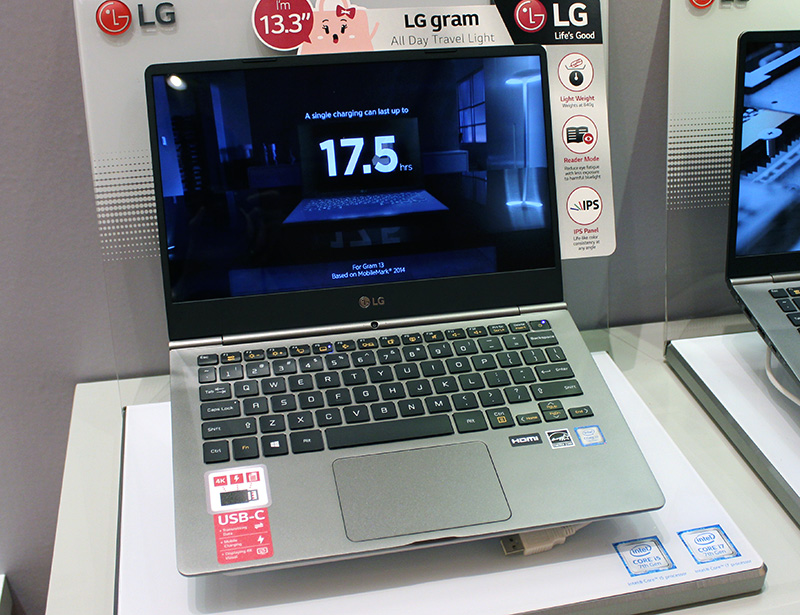 The LG gram 13 is obviously the baby of the gram lineup, weighing just 840g, which comfortably makes it one of the lightest notebooks in its size class. At 840g, it is only about a 100g heavier than the 12.9-inch iPad Pro.

The gram 13 packs a 13.3-inch Full-HD IPS display and, like its bigger siblings, measures 15mm thick. The chassis is also made out of super-light magnesium alloys and carbon fiber.

Again, in spite of its compact dimensions, it has all of the features of its larger siblings, including DTS Headphone: X technology, an integrated DAC, a backlit keyboard, Reader and Movie screen modes, and a generous selection of full-size ports including two USB 3.0 ports, a USB Type-C port, and a full-size HDMI port. 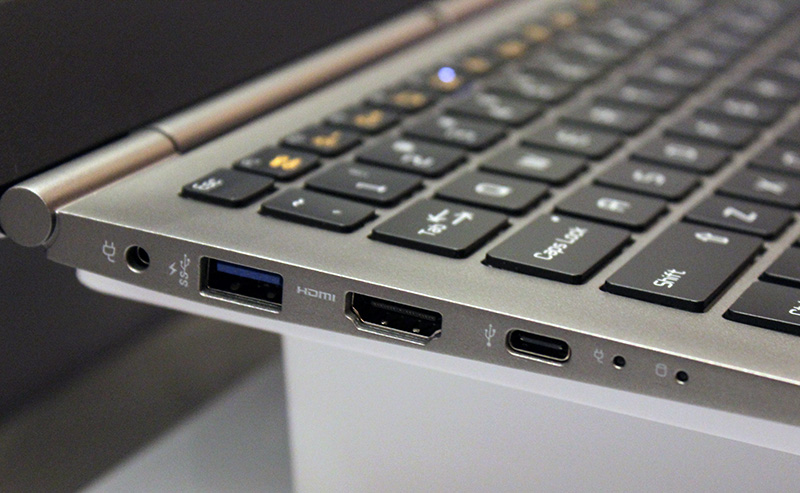 The only thing it doesn’t have the same capacity battery as the 14 and 15-inch gram models. Instead of a 60Wh battery, the Gram 13 has to make do with a smaller 34.6Wh battery. Despite the smaller capacity battery, LG says the gram 13 will still be able to achieve a battery life of up to 10.5 hours, which isn’t too bad.

The new LG gram lineup is impressive insofar as weight and portability are concerned. We can't think of any notebooks in their respective categories that even come close to the weight of these gram notebooks. It is all the more impressive when you consider that despite being so thin and light, LG hasn't sacrificed much in the way of usability and practicality. These notebook all have full-size USB and HDMI ports.

If portability is your utmost priority, it is worth keeping tabs on these new gram notebooks. The 840g LG gram 13, in particular, is ridiculously light. The new LG gram 13, 14, and 15 notebooks will be available sometime from late May and pricing has yet to be confirmed. We will be updating this post once we receive availability and pricing updates from LG.

Here then are the recommended retail pricing of the various new LG gram SKUs:-