Just last week, we reported that Razer has just refreshed their Blade gaming notebooks with the new Blade and Blade Pro. The new 14-inch Blade and 17-inch Blade Pro are more powerful than ever thanks to new hardware that comes in the form of Intel’s latest generation Core processors and NVIDIA discrete mobile graphics.

We had a short hands-on session with both models at Computex 2013 and were impressed by their blend of design, portability and performance. 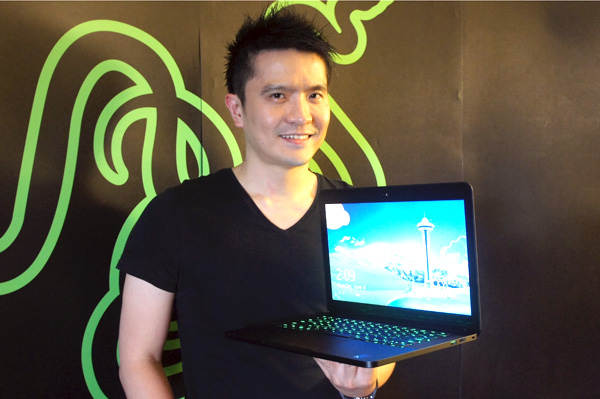 First of all, Razer has tweaked the nomenclature of its gaming notebooks a bit. The smaller 14-inch model is now known simply as the Blade, while the larger 17.3-inch model is called the Blade Pro. Both systems are equipped with the latest hardware from Intel and NVIDIA.

Here’s a quick rundown of the key specifications of both systems.

In our handling of both notebooks, we found that both notebooks were, bearing in mind their specifications, amazingly thin and pretty portable. Of course, portable is a relative term where the larger Blade Pro is concerned, but considering its massive 17.3-inch full HD display, we think its a pretty remarkable achievement that Razer was able to keep its weight down to a smidge above 2.9kg and its thickness to just 22.4mm. 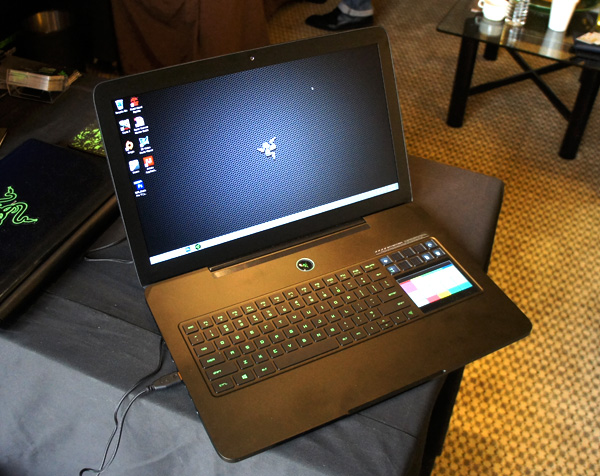 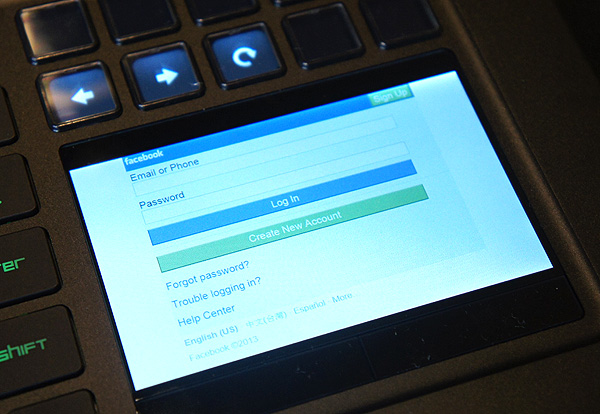 However, we think that it is the new 14-inch Razer Blade that is going to win over more users for Razer. At just over 1.8kg in weight and with a thickness of just 16.8mm (comparable to the thickest point of the MacBook Air), the smaller Blade is, despite its gaming credentials and high-end hardware, just about as large and heavy as most Ultrabooks of its screen size. Furthermore, apart from a slightly slower processor, the Blade shares most of the same specifications as the larger Blade Pro, such as GeForce GTX 765M discrete graphics, SSD storage, adjustable back-lit anti-ghosting keyboard, three USB 3.0 ports and Killer Technology wireless connectivity.

A point of contention with regards to the Blade is that it does not have a full HD display nor an IPS one for that matter. We spoke to Heathcliff Hatcher, Director of Global Product Marketing at Razer, who explained that there are two key reasons behind their choice.

Firstly, Heathcliff said that an IPS panel would have increased the thickness of the Blade and that would mean it would not be as slim as sexy as it is now. Secondly, using a slightly lower resolution panel - 1600 x 900 as opposed to full HD - would allow the Blade to hit even higher frame rates on games. Furthermore, he added that they specifically chose this TN panel for its color reproduction abilities and its wide viewing angles and so he thinks that users are not going to miss having an IPS panel on their Blade notebooks. 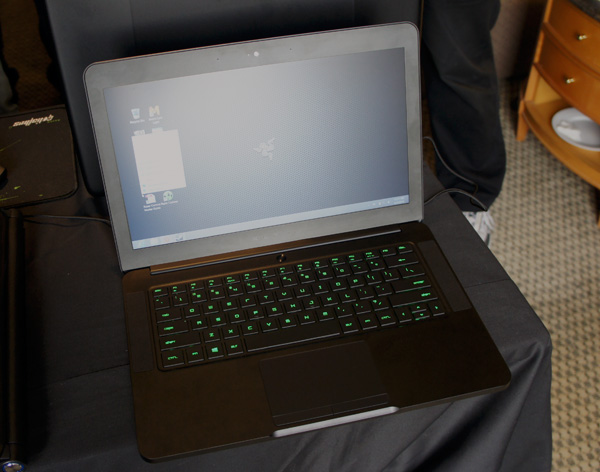 Based on what we have seen, we have to agree. Despite being a TN panel, the 14-inch Blade’s display has a pretty wide viewing angle, that’s noticeably better than most other TN panels we have seen. The colors also looked good and is overall a good-looking display that matches the Blade’s sexy good looks. We also had a go at Crysis 3 on it and it handled the game well.

Both the Blade Pro and Blade are available for pre-order on the Razer website with prices starting from S$3699 for the former and S$2999 for the latter. There’s no word yet on when these two systems will launch in Singapore.