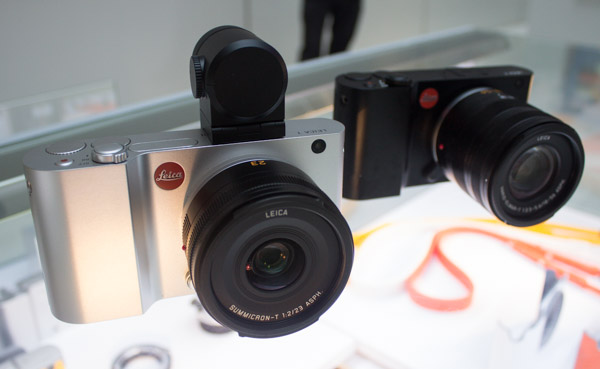 The Camera Body as a Work of Art

We’ve covered news of the new Leica T just recently, and sent out updates of the specs as they were launched, but yesterday we had a chance to get a brief hands-on with the mirrorless camera that represents Leica's push to make "photography more available to other users".

If anyone thought this would be a simple case if rebadging a Panasonic mirrorless camera as a Leica, they’d be completely wrong. As it turns out, the Leica T is the first camera to boast an aluminum unibody, with each unit milled down from a single block of aluminum. (We’re told Leica’s craftsmen shave each block down from 1.2kg to about 94g per body, and spend about 40 minutes polishing the block - by hand.)

Mr. Alfred Schopf, CEO of Leica Camera, said that the entire system was designed along Leica’s core values of craftsmanship, design, and ease of use, and that they worked along the principal of "Perfection is simplicity", focusing only on the essentials for the construction of the new body, which is why there are only two control dials on the body, positioned at the top plate of the camera. 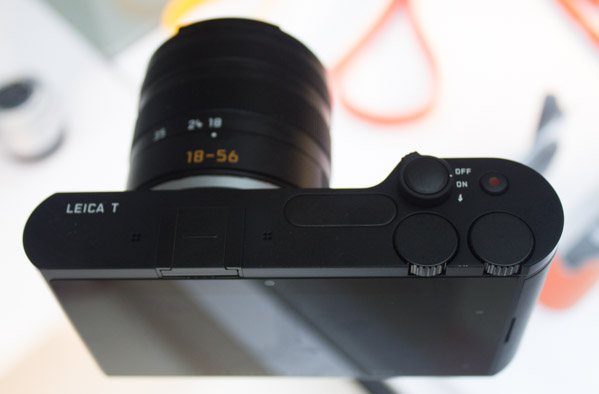 These two dials are a little too close together though and so it’s easy to accidentally adjust one dial when you’re turning the other. Everything else is through the menu system, and that’s something that takes getting used to. When you’re taking pictures in manual mode, the shutter speed and aperture are very discretely displayed on the top left corner. While the menu system is generally quite easy to use, Leica’s implementation takes a little getting used to because instead turning dials to switch between options, you have to tap the icons to switch between options, then hit set.

Autofocus was fairly fast, and almost silent, and while the camera doesn’t have focus peaking when you shift to manual focus, it allows you to zoom in by three or six times when focusing, thus ensuring you get the shot. It’s a bit disappointing to find that burst mode is a measly 3fps given it’s only a 16MP sensor. In our use, burst shots are followed by a processing time (the screen actually freezes up) of what seemed to be about two seconds before you can use the camera next, so this is definitely not a camera you’d pick for action shots. 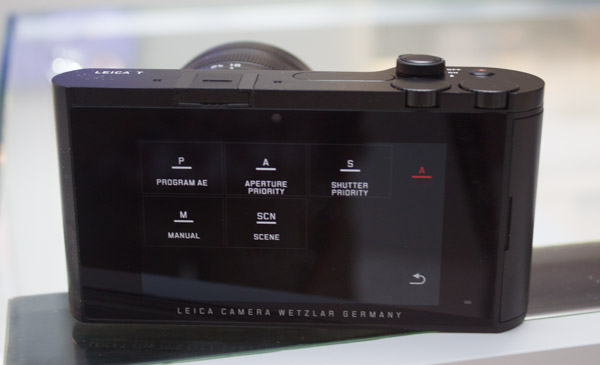 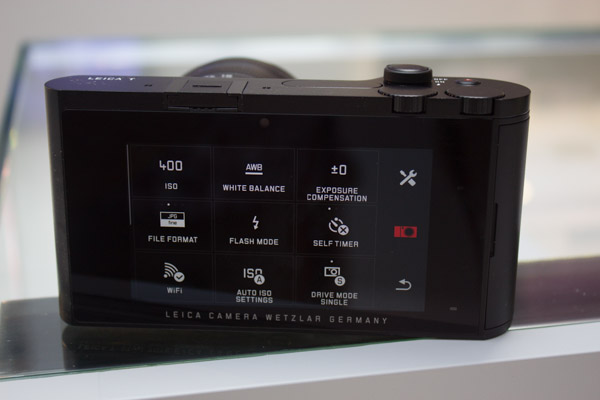 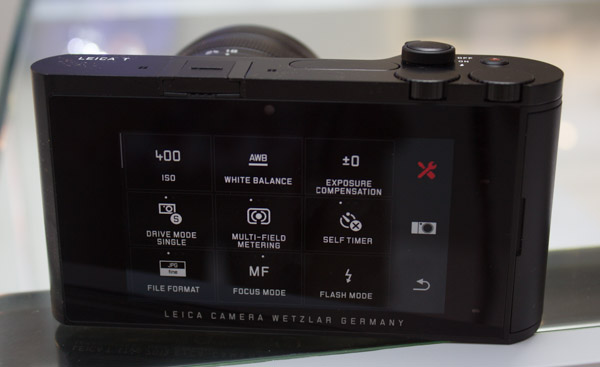 The touch LCD screen was actually really nice - one of the better LCDs we’ve seen so far actually, and picked up taps decently well. Pinch to zoom in or zoom out was a little less sensitive though, and required several tries.We liked the way Leica has tried to build a menu system that blends the interface we’re used to having on a camera with some features we might find on a smartphone. For example, to review the shots you’ve taken, you swipe up from the bottom of the screen. Swiping left or right then brings you through the images shot. Pinch to zoom in or out as you would on a smart phone. 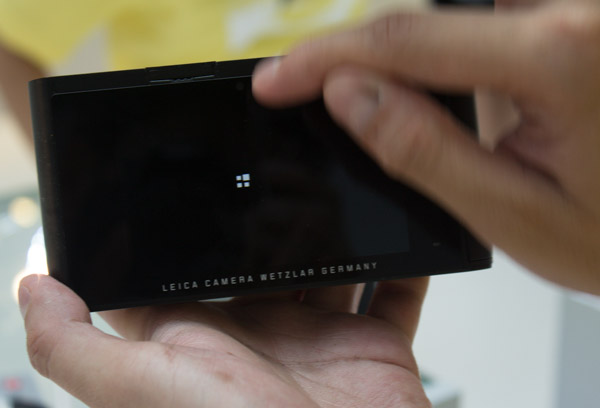 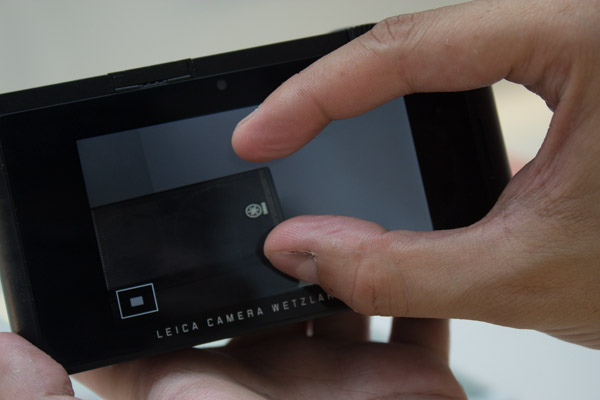 16GB of internal memory is built into the Leica T camera, though we’re told the camera will shoot to SD card by default if you insert one in. Still, that’s handy to have in case your memory card gets corrupted.

From the above photos, you might also notice that the Leica T doesn't have a viewfinder. Leica’s rationale for not incorporating one into the body is such: they feel the body of the Leica T is something users will want to keep for years to come, so by keeping the viewfinder and body separate, their users can easily upgrade to newer viewfinder technology without having to change the entire camera.

That said, the present electronic viewfinder is one of the best we’ve seen, both in terms of refresh rate, and colors. Easily as good as an optical viewfinder, a GPS module is also built in to the viewfinder (probably because it wouldn’t work as well housed in aluminium), so that adds extra function to the viewfinder. 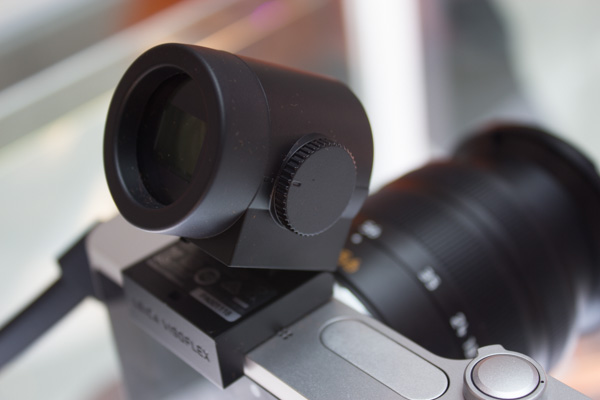 Finally, while the Leica T has Wi-Fi sharing functions built-in which are meant to allow you to send pictures to a smart device via the Leica app, we were informed that it requires an existing Wi-Fi network to operate (i.e the camera doesn't create its own network) and so were unable to test it out.

Overall, the Leica T is a camera that fits nicely into your hand. It’s a light system to use (even with the lenses), and once you get used to the menu system, it's an easy camera to use. It will officially be released on the 26th of May, at an estimated retail price of S$5,000 (with Leica Vario-Elmar-T 18-56 mm f/3.5-5.6 ASPH lens). We'll end our article with a few more comparison shots of the camera and a handful of sample photos we've taken using the Leica T:- 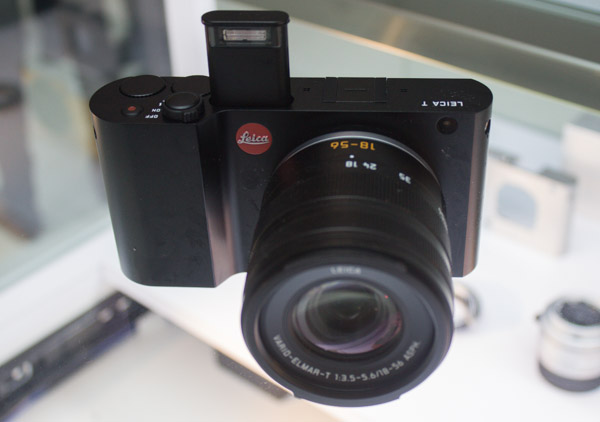 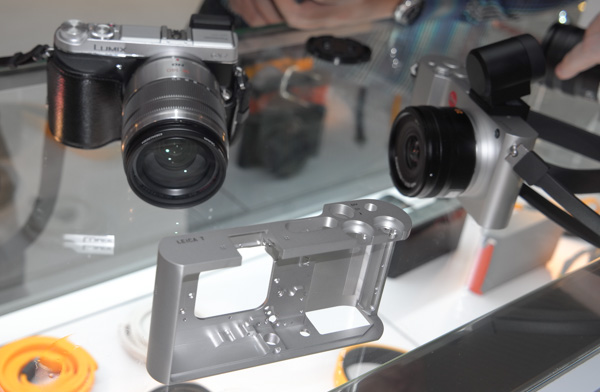 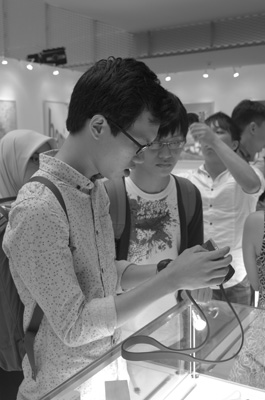 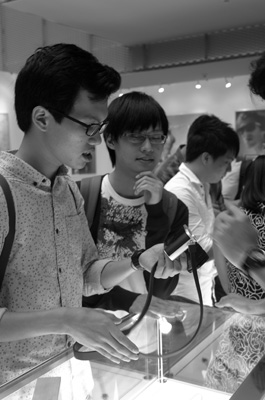 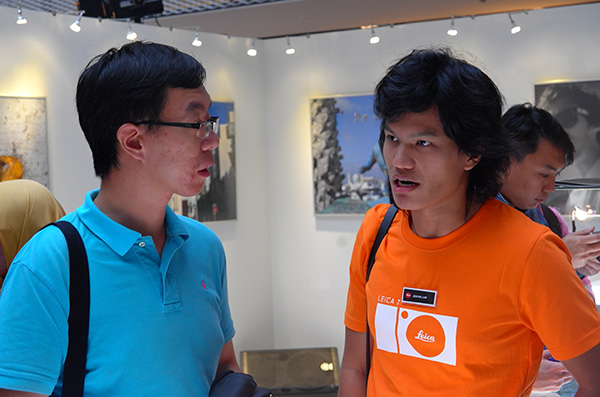 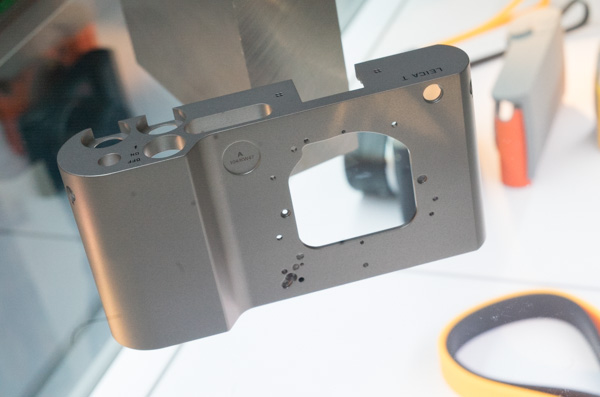 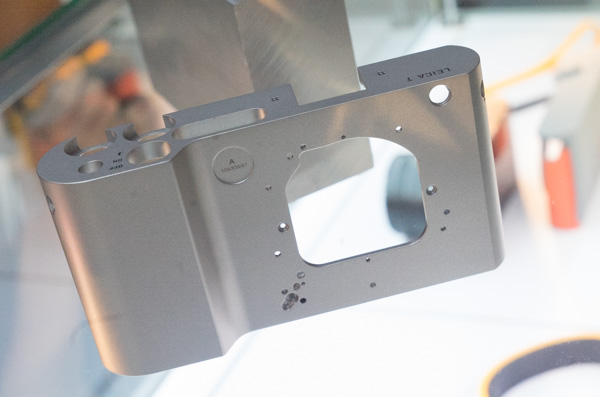 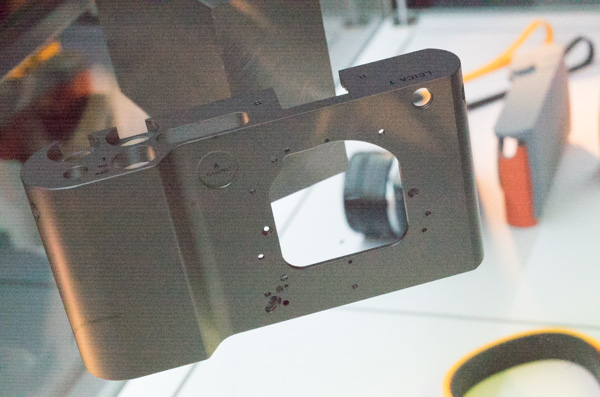