Released almost two years ago, the Nikon D3200 was Nikon’s latest entry-level DSLR. Fast forward 18 months ahead and today we have the Nikon D3300, the successor to the D3200. So what has changed with the D3300? The sensor resolution of the D3300 remains the same, but Nikon has dropped the optical low-pass filter (a rising trend). Used to eliminate moiré at the expense of detail retention, removing the low-pass filter will help to improve the details that are captured. Coupled with the new Expeed 4 processing engine, the D3300 will deliver faster and better image and video quality.

The total number of autofocus points has been bumped up; the D3200 featured nine points while the D3300 features 11. However, the D3300 still has only one cross-type sensor for the center AF point, which is the same as its predecessor.

The D3300 weighs 410g (body only) and after holding it in our hands, we have to say it’s pretty light for a DSLR. While the D3300 is surprisingly light, it also has a certain plastic feel to it, which might not please some. Canon's entry-level DSLR camera the EOS 100D is still lighter though, at 370g (body only).

The D3300 is able to shoot at 5fps in burst mode, and increased RAM as well as the new image processing engine contributes to a larger buffer size of 28 RAW or 100 JPEG shots. 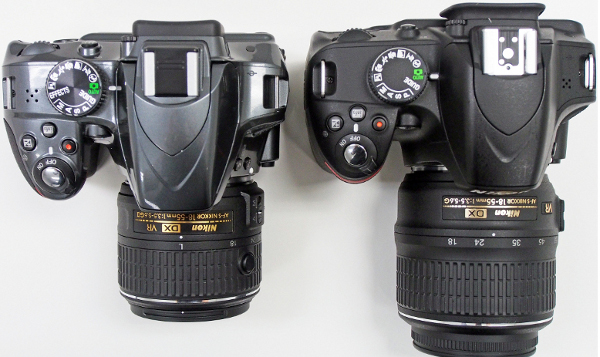 New 18-55mm Kit Lens is Smaller Than Before

It appears Nikon’s strategy is to offer DSLR performance in a lighter package in a probable bid to compete with the mirrorless system cameras. To further lighten the burden of carrying around a DSLR, the Nikon D3300 also comes with a new kit lens, the Nikkor 18-55mm f/3.5-5.6G DX VRII lens.

The new lens will be smaller and lighter than its predecessor, making the entire package quite enticing for those who are concerned with weight but still demand good image quality. The lens features a retractable lens mechanism which allows the extended lens barrel to be retracted into the main lens body, making it more compact when it’s not in use. This results in a lens that is 30% smaller than its predecessor. 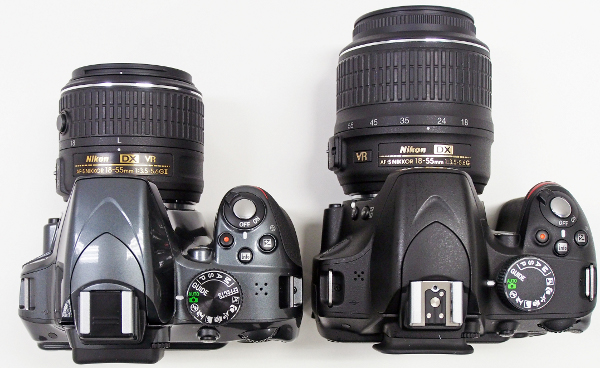 Local pricing and availability have yet to be announced, but DP Review has it slotted for February in the US at US$649.95.