Hands-on with the Microsoft Surface Laptop: it's a pretty laptop

Hands-on with the Microsoft Surface Laptop: it's a pretty laptop 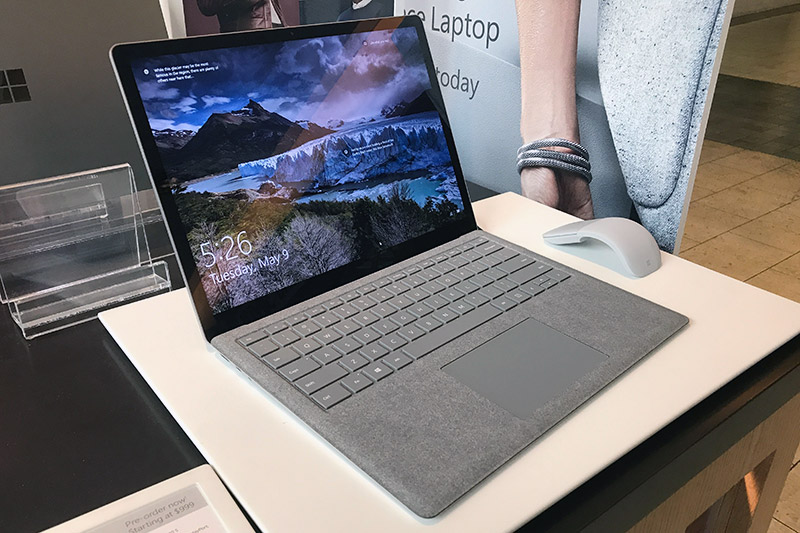 Note: This article was first published on May 10, 2017. We've surfaced this article again as the Surface Laptop goes on sale in Singapore starting today, January 24, 2018.

New take on an old form

In more ways than one, the Surface Laptop is the first erm… traditional laptop that Microsoft has built. And by that, I meant a screen attached firmly to a keyboard base, with neither the kickstand and detachable keyboard cover that you see on the Surface Pro 2-in–1 models, nor the funky hinge that lets you separate the screen from the GPU base like what you’ve on the Surface Book hybrid.

But lift the screen with your finger and you’d realize that this laptop is unmistakably a Surface. Like the other Surface devices, its 13.5-inch screen adopts a 3:2 aspect ratio, which results in an atypical 2,256 x 1,504-pixel resolution (~201PPI). There are bezels flanking this sharp and bright screen but they are of respectable thickness; and since it’s meant to be touched and written on, the entire screen is protected with Gorilla Glass.

A svelte laptop that tips the scale at 1.25kg, the Surface Laptop measures 14.5mm at the thickest point, and that’s largely contributed by a keyboard base that tapers gradually towards the trackpad end. At an angle, this gradient and how the screen looks like it’s attached directly to the keyboard without a hinge actually reminds me of the Surface Pro 4. In fact, I think Microsoft fully intended this visual similiarity.

The alcantara fabric that covers the keyboard (other than the keys and trackpad, of course) felt… different the moment I started typing. As a MacBook Air user, I’m used to resting my palms on or rubbing them against mostly-cold aluminum. I’m still undecided if the cozy (warm?) feeling of the alcantara-lined keyboard is “better”, but it certainly felt different. If anything, I’m worried about it getting fuzzy over time or how dirty it’d look after prolonged contact with oily hands, sweaty palms, and whatnot.

For the most part though, I think Microsoft has nailed the design. Platinum gray is a standard color among anodized aluminum laptops and thus a safe choice, but the rest - burgundy, cobalt blue, graphite gold - are all tasteful choices, too. Along with color-matching alcantara fabrics and Surface Arc mice, Microsoft has customized enough parts to convey the premium laptop message.

That said, there are casualties of this design. One of which are the little plastic pieces and lines at the sides of the laptop (which I first mistook for SIM card trays) near where the ports are. They are, in fact, where the wireless antennas are hidden and the antenna lines. The touch and inking experience is also sub-optimal: one, I had to brace the screen to stop the wobble when I touched it; and two, without a hinge that lets me flip the screen all the way back, writing on the screen felt awkward and tiring.

Other than the aforementioned CPU, GPU, RAM, storage, and screen size differences aside, all Surface Laptop models will net you a full-size USB 3.0 port (i.e., USB 3.1 Gen 1 @ 5Gbps max), a mini-DisplayPort, and a headphone jack, with power supplied over the standard Surface connector. Microsoft claims a battery life of 14.5 hours for the i5 models, but the i7 models shouldn’t be far off.

The Surface Laptop also works with Surface accessories like the Surface Pen, Surface Dial, and Surface Dock. Alas, for a newly announced premium laptop that’s only shipping in the coming months, I can’t help but feel disappointed by the omission of USB 3.1 Gen 2, Thunderbolt 3, and of course, USB-C. Why Microsoft, why?

Lastly, the Surface Laptop runs Windows 10 S, a streamlined version of Windows 10 that only runs apps downloaded from the Windows Store. I won’t call Windows 10 S a low-end OS, but I think people who can afford the Surface Laptop are also the type who doesn’t like to be told that they can only use Microsoft Edge for browsing and Bing for search. Fortunately, Windows 10 S can be upgraded to Windows 10 Pro in two steps, and Microsoft is waiving the US$49 upgrade fee till end of the year.

If you’re seriously considering the Surface Laptop and wonders how it stacks up against the competition in the premium thin-and-light segment in general, we’ve a separate story here. 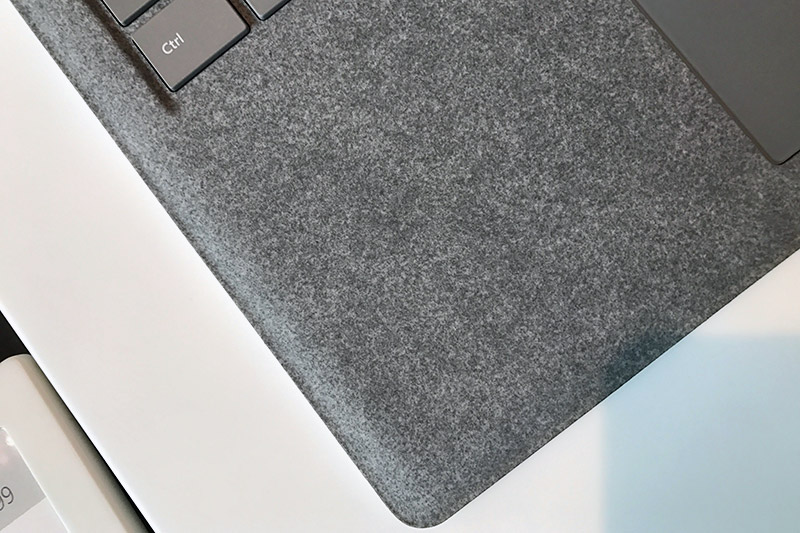 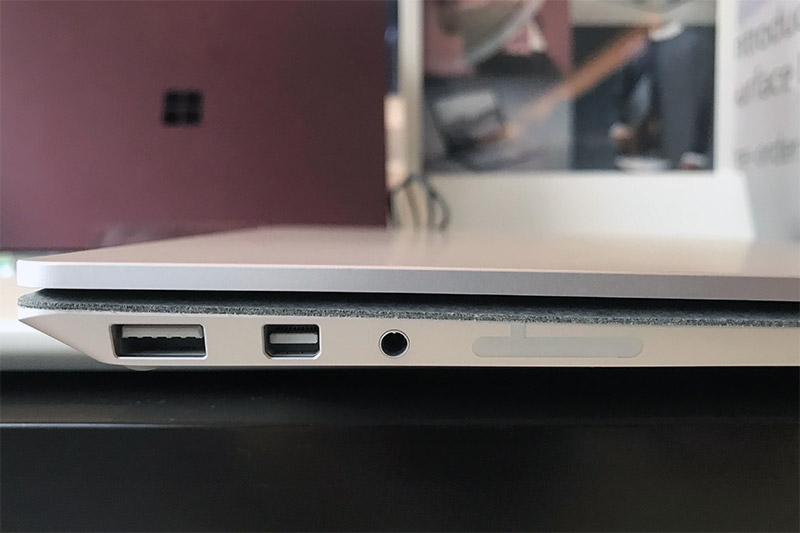 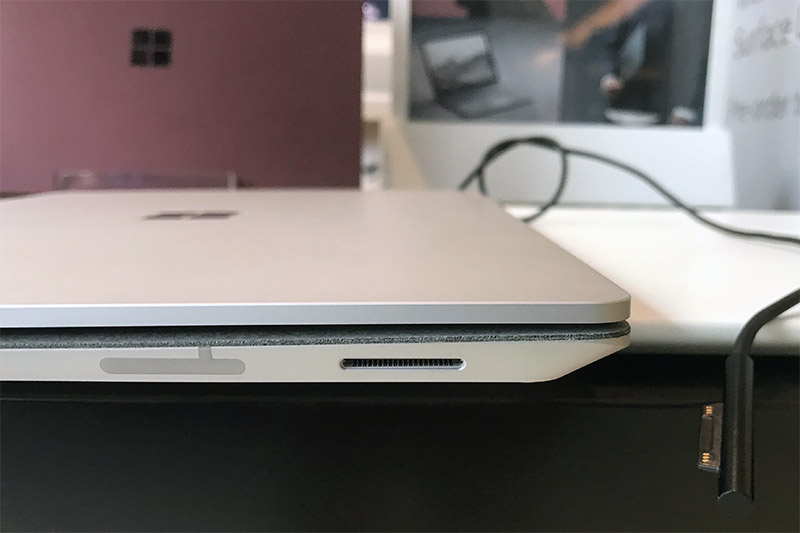 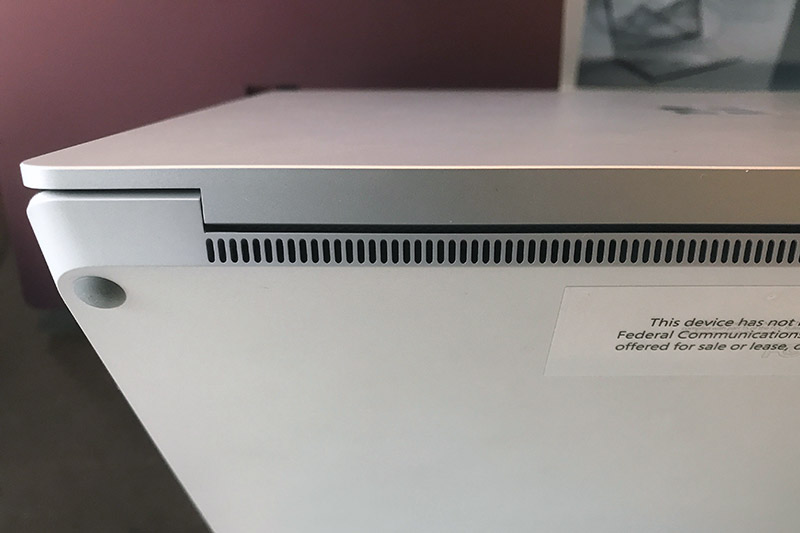