In case you missed it, Xiaomi didn’t only announce the Mi Note 2 with a dual-curved OLED display. In fact, CEO Lei Jun saved the main course for the second half of the event for a (loosely translated) “no expense spared all-screen phone”. That phone is the Philippe Starck-designed Mi MIX, and let me tell you: this phone is drop dead gorgeous…and a bit crazy. Let me explain.

First off, the Mi MIX uses a 6.4-inch LCD screen with a 2,040 x 1,080-pixel resolution. Its uncommon 17:9 aspect ratio / resolution is sort of a real estate buffer that Xiaomi has provisioned, so that when the on-screen navigation controls pop up at the bottom of the screen, what remains for your content is still a nicely sized 16:9 display.

The screen-to-body ratio of the Mi MIX is also incredibly high at 91.3%, and that’s because the phone has very thin bezels, no 'forehead', and a very small 'chin'. A lot of things have to happen to get to this nearly-all-screen state. For one, Xiaomi has gotten rid of the earpiece and sensors typically found at the top of a smartphone. In place of the earpiece is some kind of piezoelectric ceramic sound driver in a cantilever beam structure inside the phone, which basically is able to convert / generate and pass the sound through the display and into your ear. Secondly, under the cover glass there’s an ultrasonic wave sensor for measuring distance, which means the space-taking IR proximity sensor can now be gotten rid of as well.

But what about the incredibly thin top and side bezels? Turns out, bezel thickness is affected by a panel’s corners. For the MIX that tries to push the panel all the way to the top, a panel with right-angle corners isn’t suitable, because that would mean leaving space provisions at the corners, which in turn would result in thicker bezels all round. The solution? The Mi MIX’s panel is literally cut with rounded corners. In a nutshell, all these technological and manufacturing challenges explain why the Mi MIX doesn’t use OLED or sport a higher resolution (yet). 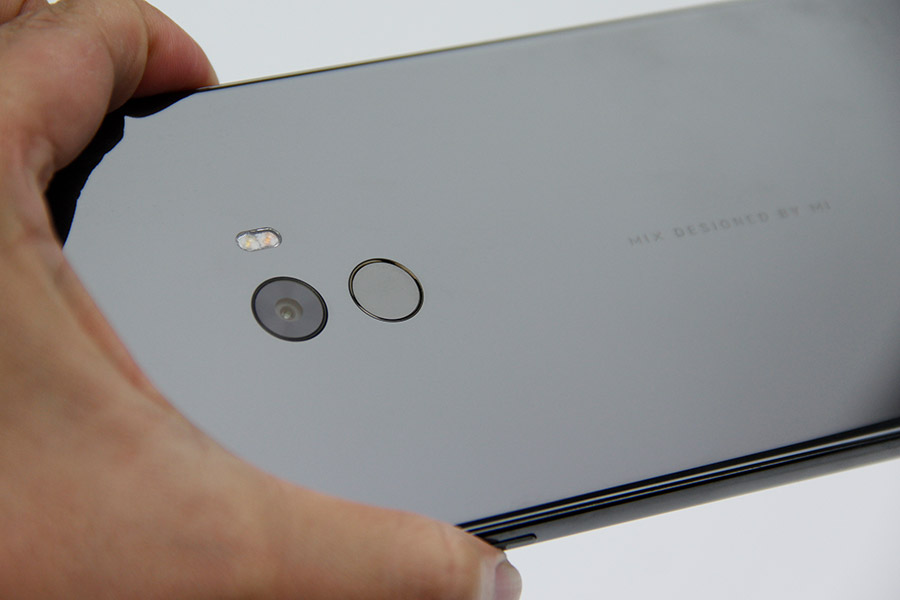 If there’s one thing that Xiaomi has rightly not dispensed with, it’s the front-facing camera. A 5-megapixel module that Xiaomi says is 50% smaller than typical front-facing camera modules is located at the bottom right. If you're worried that the lens is pointing towards your nostril, simply turn the phone anti-clockwise 180 degrees so that the camera is now at the top left (the camera app will rotate accordingly).

But wait, there are more "whoas" to come. The Mi MIX also has a ceramic chassis. Almost everything is ceramic - the back cover, the frame, even the power button and volume rocker. And since glue doesn’t really work well with ceramic, a tenon structure (think joints in wooden furniture) is devised to snap the display, frame, and back cover together. Because the ceramic housing takes seven days to make and involves multiple polishing steps, Lei Jun sort of warns that yield may be low. To top it off, there's an exclusive edition of the Mi MIX that uses 18K gold for the rear camera’s and fingerprint scanner’s rims.

The exclusive edition is the only one with 6GB RAM and 256GB storage, and that has a sticker price of 3,999 yuan (~S$820). The 16MP rear camera (F2.0, phase-detect AF, 4K at 30fps), 4,400mAh battery that supports Quick Charge 3.0 via USB-C, NFC, dual nano-SIM and tri-band carrier aggregation support are standard across both editions. Pre-orders in China have started, with deliveries beginning November 4.

And the point is…?

So there you’ve it: the big surprise that is the Mi MIX. My hunch is that two things motivated Xiaomi into making this phone. One is to shake off its copycat reputation, which unfortunately has surfaced once again in some people’s minds because of the Mi Note 2. The other is a response to some critics (maybe even some of its most ardent fans) who observed that its recent phones all kind of look very similar to one another.

With the Mi MIX, the follower that’s Xiaomi is now a leader. Whoa. 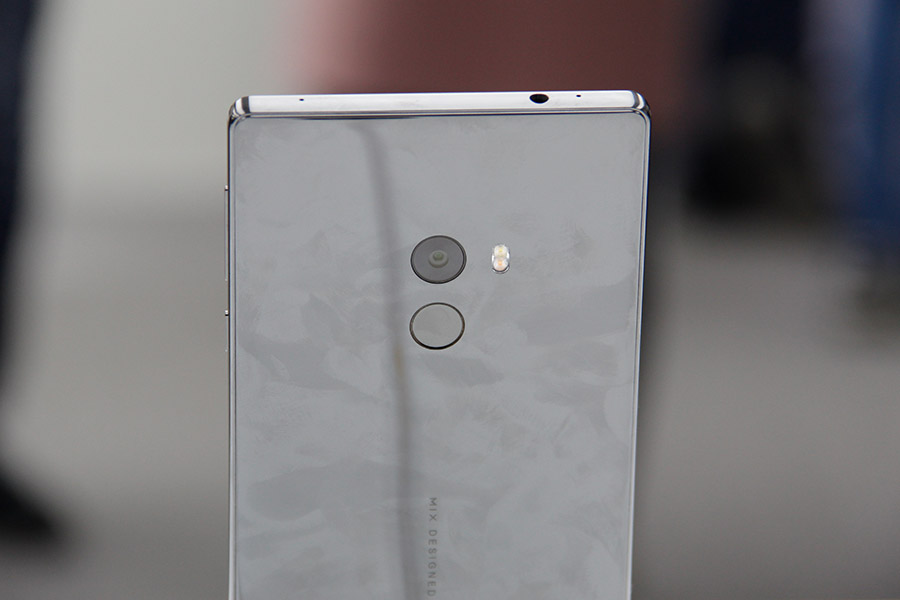