Clash of the 5.5-inch Phones

The Samsung Galaxy Note II has been out in the market for about six months, yet there was hardly any rival in sight that could come close to challenge it. However, LG stepped into the picture last week when it unveiled the 5.5-inch Optimus G Pro.

Judging from the specs list of the Optimus G Pro, it appears that LG is gunning for the same market segment - consumers who want screen sizes above 5-inch. Can LG give Samsung a run for its money? Well, let's see in our hands-on article of the LG Optimus G Pro. Here's a quick overview of its specs: - 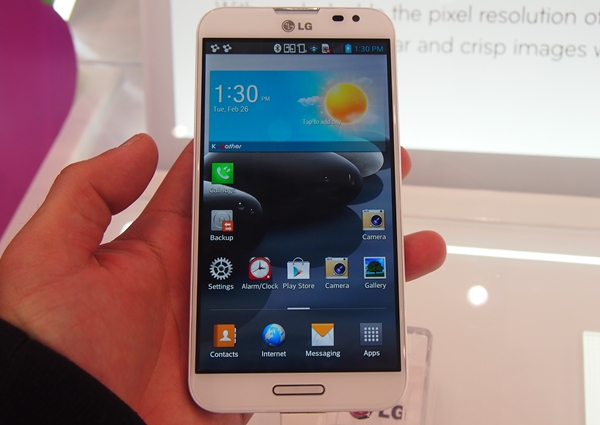 The LG Optimus G impressed us with its good design and looks, and it is only natural that we've expected similar or better quality from the Optimus G Pro. Unfortunately, the 5.5-inch device is clad in a plastic chassis. It feels cheap and does not have the looks of a flagship model. Primed as the device to take on the Samsung Galaxy Note II or to lure consumers over to its camp, LG could have taken a more serious and premium approach in designing the Optimus G Pro. 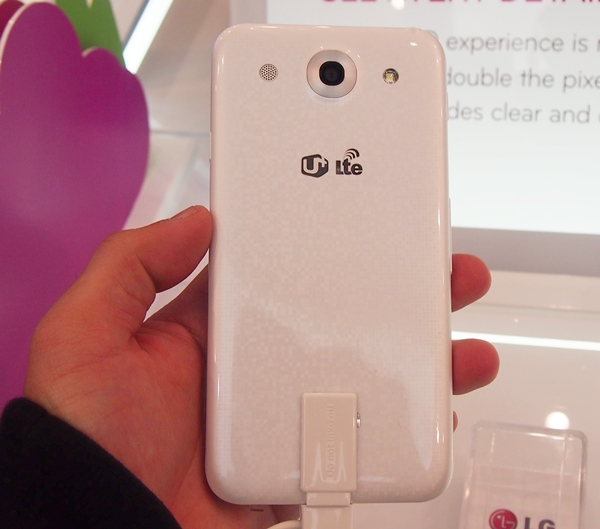 As the Optimus G Pro sports a 5.5-inch display, it is only logical that the Power button be located on either side of the device for easier access. We are glad to see this being implemented in the Optimus G Pro, as we have spotted the 5.7-inch ZTE Grand Memo still housing the Power button at the top right corner. The location of buttons may seem trivial, but it can affect the usability of a device.

Overall, there is nothing really wrong or impressive about the design and handling of the Optimus G Pro. Compared to the flagship devices from ASUS and HTC, the Optimus Pro G clearly lacks in quality.

LG touts its 5.5-inch display as being superior to competing screen technologies such as AMOLED in the aspects of accurate color reproduction, brightness, lower power consumption and sharpness. At Full-HD resolution (1920 x 1080 pixels), the Samsung Galaxy Note II is clearly out of the league. Text looked razor sharp and colors were punchy. 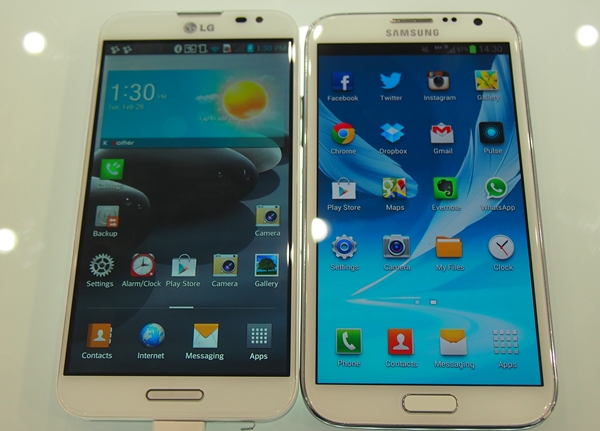 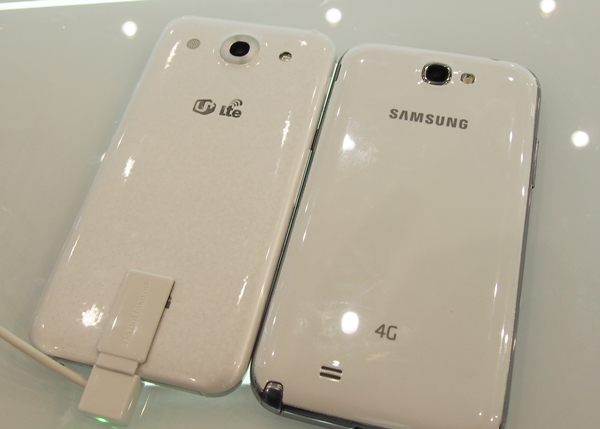 The Optimus G Pro runs on Android 4.1.2 Jelly Bean and comes with two unique UX features which are developed specifically for it. They are Dual Recording and Virtual Reality (VR) Panorama. 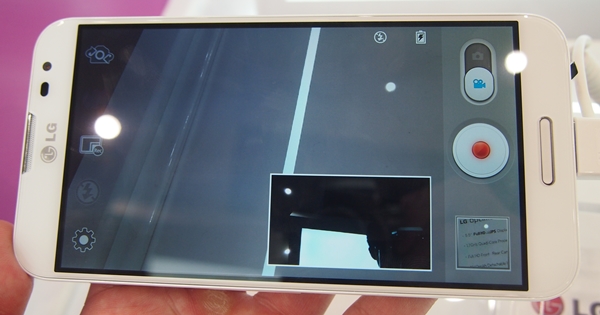 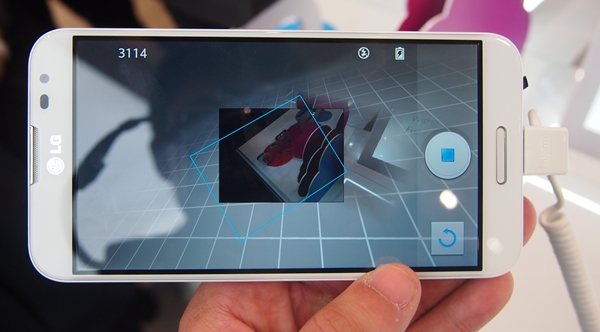 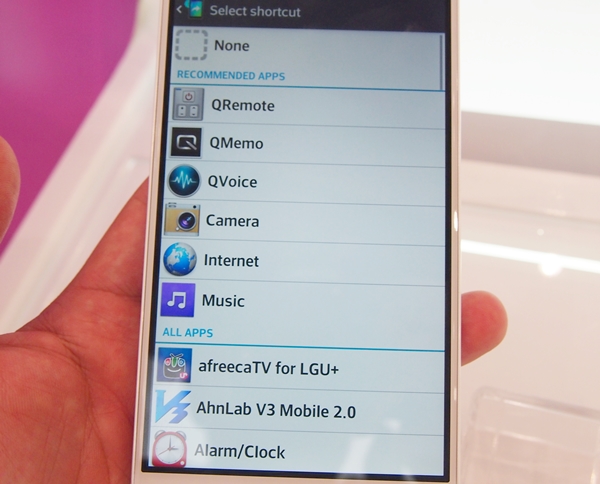 The LG Optimus G Pro is the third smartphone to be powered by Qualcomm Snapdragon 600 quad-core processors. 2GB RAM is becoming the standard for most Android flagship devices these days. Do expect benchmark showdowns among these smartphones when they arrive on retail shelves.

Other specs include 32GB internal storage capacity, a microSD card slot supporting memory cards up to 32GB, a 13-megapixel rear camera, a removable 3140mAh battery. wireless charging capability and 4G LTE. LG Singapore recently launched the Optimus G, hence we expect the Korean company to stagger the launch of the Optimus G Pro at a much later date. Here's a quick look at how the LG Optimus G Pro stands among the small but growing segment of 5.5-inch smartphones: -