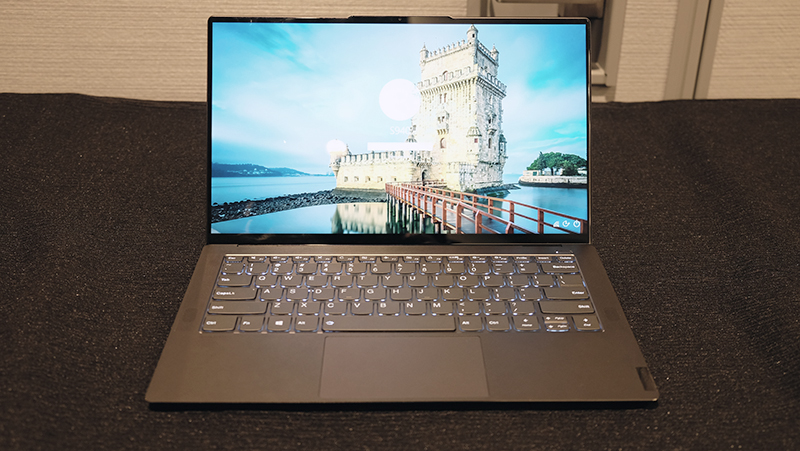 Lenovo has announced a brand new Yoga laptop, part of its effort to consolidate its premium laptops under the Yoga brand. At IFA 2018, Lenovo said that the Yoga name would no longer be exclusive to convertible devices, and it would soon house a range of high-end devices as well.

The new Yoga S940 is part of that push to remake the Yoga series. It is a clamshell laptop, so there are no 360-degree shenanigans here. Instead, Lenovo looks like it's focused on making a sleek and stylish notebook that's packed with a range of AI smarts to help boost productivity.

It's also worth pointing out one unique design feature on the laptop that Lenovo is pretty proud of. This is the world's first laptop to feature contour glass, which is basically glass that curves and wraps around the bezels. This is not unlike what we've seen on many flagship smartphones, but we've yet to see it on a laptop before the Yoga S940. In person, this doesn't look starkly different from more traditional designs, but it's one of those small details that you only begin to appreciate upon closer inspection and after spending more time with it. Naturally, this raises concerns about durability when the laptop takes some inevitable knocks, but Lenovo says the glass is still protected by the aluminum edge when the lid is shut, so it shouldn't be more fragile than other laptops.

Another interesting feature is the reverse notch at the top edge. This is not unlike what ASUS just did with its ZenBook S13, also announced at CES 2019. The idea of this approach is to keep the bezels super thin while still creating room for a webcam at the top, and it actually looks pretty serviceable. Some manufacturers have resorted to stuffing the webcam in the bottom bezel in their pursuit of razor-thin borders, but this results in unflattering camera angles, so the notch at the top is a creative way around this. 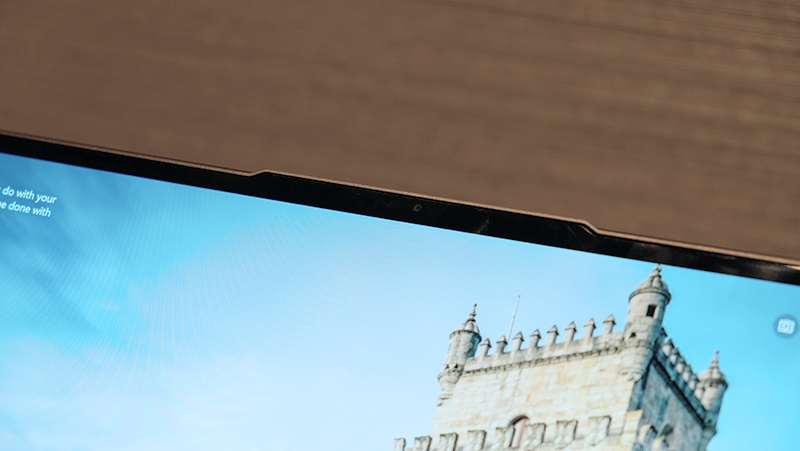 The Yoga S940 comes with an 8th-generation Intel Core i7 processor, 16GB of LPDDR3 RAM, and up to a 1TB PCIe SSD. In addition, its 14-inch 3,840 x 2,160-pixel IPS display supports VESA's DisplayHDR 400 standard and has a peak brightness of 500 nits. To cap things off, the laptop also features Dolby Atmos speakers for a more immersive audio experience.

Better still, the Yoga S940 is pretty slim and light, measuring just 12.2mm thick and weighing 1.2kg. It's svelte and compact and supremely portable, thanks in large part to its super slim bezels. Build quality feels stellar as well, and its aluminum body feels reassuringly rigid with barely any discernible flex.

The keyboard also feels pretty good to type on, although key travel distance isn't really comparable to that on the ThinkPad X1 Carbon. More importantly, it features a Precision Touchpad, so pointer movements are reliable and accurate. 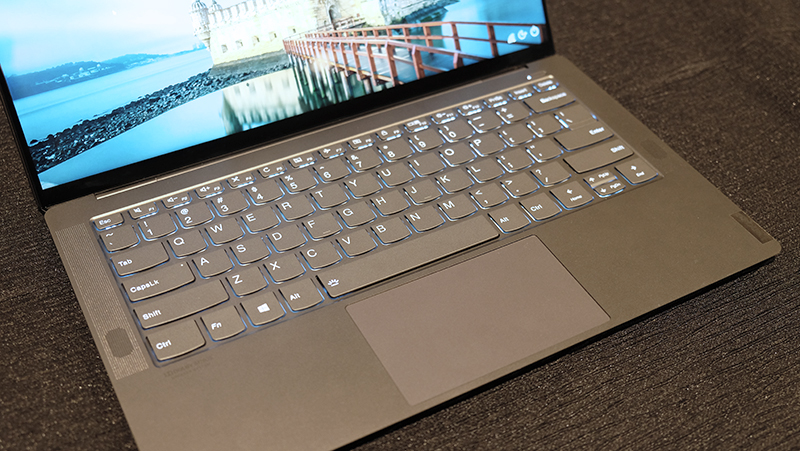 The laptop is available in just one color, Iron Gray, which does look a little plain to my eyes considering that the Yoga S940 is technically part of Lenovo's consumer portfolio. That said, Lenovo clearly intends for you to use the laptop for work, and the built-in Smart Assist features are calculated to help with productivity.

For instance, it can supposedly filter out ambient noise and blur out background sounds automatically during video calls, so you won't be disturbed by things like a car honking. In addition, the laptop has a bunch of sensors that can detect your absence and lock the display to protect your data from prying eyes. And like Lenovo's ThinkPad X1 devices, the Yoga S940 can also detect when someone is peeking at your screen from over your shoulder.

There are even more ambitious features powered by Mirametrix's Glance attention-sensing software that has face, eye, and gaze sensing. I didn't get to try these out, but with capabilities like Snap Window, it can reportedly let you look from your main laptop display to a second screen and shift open windows and content contextually to a external monitor.

This sounds pretty nifty, if it works. Otherwise, it's just going to be a bunch of gimmicky so-called AI-powered features looking to capitalize on the current hype around AI. And even if it does work as advertised, I'm not sure that many people will actually find themselves using the more advanced gaze-sensing features.

What is definitely useful however is the inclusion of an IR camera that supports Windows Hello, so you'll be able to log in quickly using facial recognition.

That aside, the laptop is focusing heavily on USB-C connectors with two Thunderbolt 3 and one USB-C port that doubles as a charging port. Elsewhere, there's just one USB 3.1 (Gen 1) Type-A port and a 3.5mm audio jack. 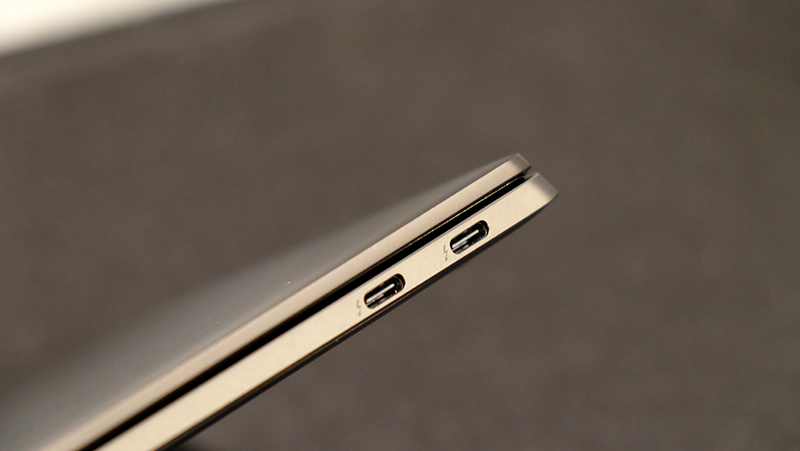