Lenovo's smartphone division is still young and growing, but it's easy to see that growth reflected in the products it makes. Last year, Lenovo launched the 5.5-inch K900 smartphone - this year, it will be following it up with a new flagship model, the Vibe Z, which, in many ways, can be viewed as a more refined, more polished, dare we say, finished version of the K900.

Where the K900 was sharp and angular, the Vibe Z sports sleek, rounded curves. While the K900 utilized an industrial-looking brushed metal chassis, the Vibe Z has a lightweight, laser-etched polycarbonate rear. The K900's LePhone OS was cluttered and overly complicated - the Vibe Z is cleaner, faster to navigate, and actually includes some thoughtful software additions that improves handling (more on that later). The K900 supported 3G only - the Vibe Z supports 4G LTE. In almost every aspect, Lenovo has learned and improved on its 5.5-inch form factor. 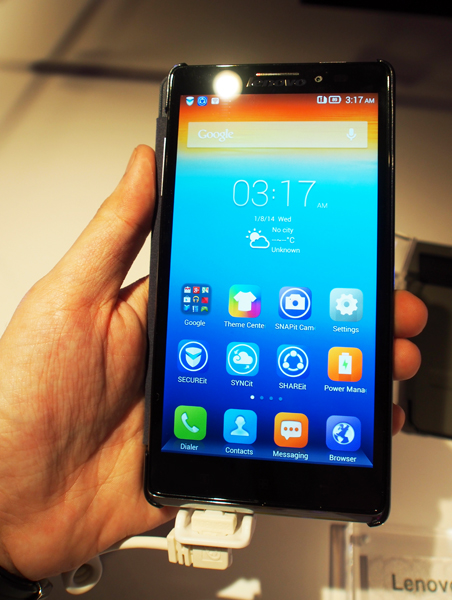 Picking up the Vibe Z it's immediately obvious how much lighter and sleeker it is compared to the K900. The edges are very thin at just 7.9mm, and the whole device weighs just 147g. Rounded edges give it a more consumerish, if somewhat boring, look that might be a bit too reminiscent of countless other Android smartphones out there, but the Vibe Z does feel nice in hand. Turn the phone over and you'll see its plastic rear. To Lenovo's credit, the laser-etched polycarbonate looks and feels nothing like plastic, with a slightly textured fabric feel and a pseudo-metallic look to it. The phone will be available in silver or 'titanium black', and both finishes are also excellent at hiding scratches and is completely resistant to fingerprints and dust. The only thing that spoils the finish is the chrome bumper at the bottom of the phone, which, unfortunately does look a bit plasticky. Like the K900, the Vibe Z sports a Full HD 1920 x 1080 display with 401 ppi. Colors are bright and vivid with lots of contrast and fairly decent viewing angles.

The rear camera appears to be the same module as the K900, with an f/1.8 aperture lens and dual LED flash. The front camera has however been improved, and is now fitted with a 5MP wide-angle lens designed, of course, to take better selfies. The wide-angle lens is actually quite a useful addition, as you'll never have any trouble fitting yourself - plus a few friends - into the same shot. 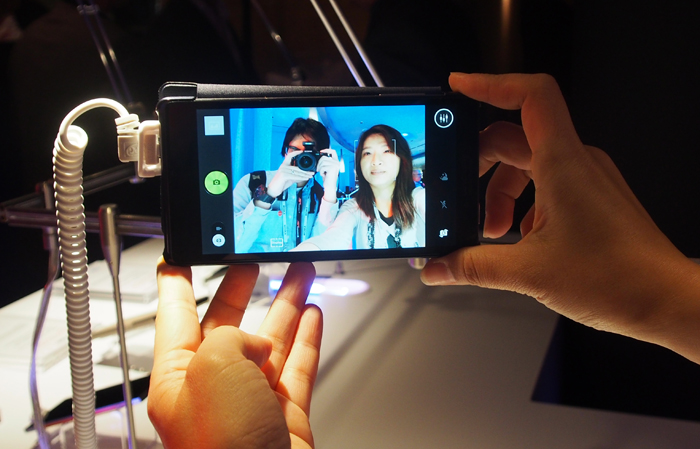 Performance-wise, Lenovo has ditched the Intel processor found in the K900, and gone with a more standard Qualcomm Snapdragon 800 processor, with 2GB RAM, which should put it on par with other flagship smartphones.

Lenovo's LePhone UI has been cleaned up, and is, for the most part, now much simpler to use. Lenovo has also realized that 5.5-inch phablets are not the easiest to handle unless you have giant hands. As a result, the Vibe Z has a few neat additions that improve handling. For example, when using the Vibe Z's Smart Dialer app, tilting the screen to the left or right, will enlarge the numbers further away from you, which makes them easier to hit when dialing one-handed - it's not a big feature, but it's a nice, thoughtful quality of life improvement. Other useful additions include auto-pickup when you lift the phone to your ear when receiving a call from a known contact. 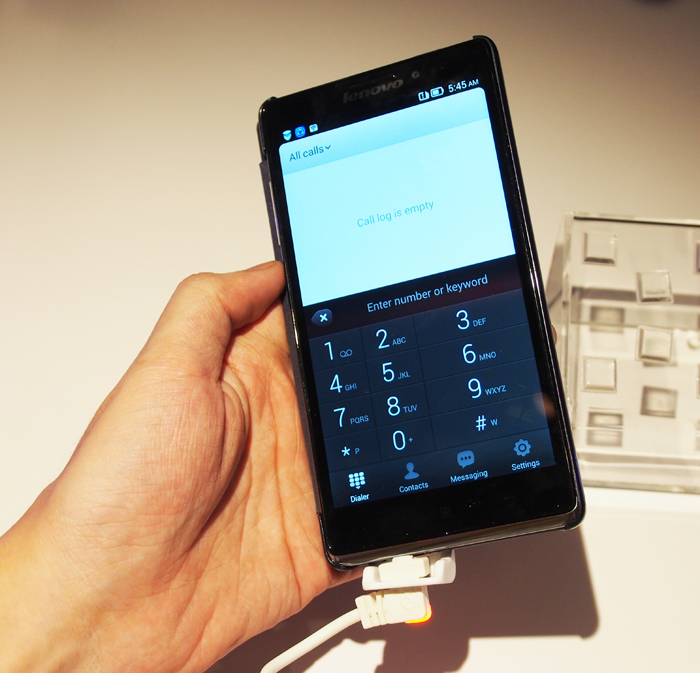 Our only real concern with the phone is its 16GB non-expandable storage. 16GB can fill up quite quickly, especially without a microSD card slot. And while Lenovo defends the lack of 32 and 64GB options by saying that 16GB is by far the most popular SKU, it would be nice to at least have the option available for those that do need more storage.

But perhaps the biggest problem with the Vibe Z is the fact that you can't actually buy one - in Singapore at least. While it will be available for US$549 in 25 countries around the world, Singapore isn't one of them (if you're willing to drive across the Causeway, Malaysia is however on the list). Lenovo states that it's not a matter if, but when, Lenovo phones eventually reach Singapore (as well as other major markets like the US), but for now at least, the Vibe Z will be parallel import only.

Lenovo is determined to be number one in the smartphone market as well as its current number one PC supplier title, and availability issues aside, its current efforts certainly show promise. While the Vibe Z doesn't boast the flashy 'killer features' of other flagship smartphones like the rear button form factor of LG's phones, or the waterproofing of Sony's, we do like the direction that Lenovo is heading in, both with its hardware and its software efforts, which shows a real attention to consumer needs, and an attempt to problem solve those needs, rather than just throwing in gimmicky innovations.We'll definitely be watching them closely in future. Rumor has it they'll be announcing something new at MWC this year as well.