At CES 2014, Lenovo unveiled a new and improved version of one of its most popular Thinkpad enterprise notebooks, the X1 Carbon, which is now sleeker, lighter, and has a few extra tricks up its sleeve. 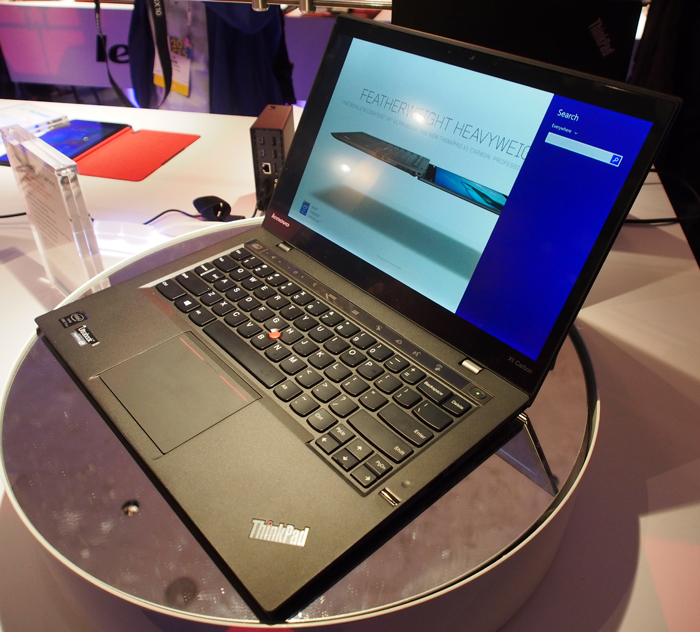 At first glance, the new X1 Carbon looks much the same as its 2012 predecessor, featuring the same sleek, black, carbon fiber chassis. In fact, even when comparing the two models side by side, it's hard to tell much difference - but the new X1 Carbon is indeed slimmer, measuring a mere 18.5mm, compared to the older model's 18.8mm thickness - not much difference we know, but every mm counts. You do notice a difference when you pick it up however, as it is noticeably lighter, having shed about 100g in weight, down to a featherlight 1.27kg.

The original X1 Carbon was armed with a 1600 x 900 non-touchscreen display (a Touch version followed later). For the new X1 Carbon, both touch and non-touchscreen models will be available from launch, with both models armed with very nice WQHD 2560 x 1440 pixel resolution displays with 300 nits of brightness. The unit we looked at also had excellent color reproduction and good viewing angles.

The X1 Carbon features a new adaptive function row running along the top of the regular keyboard. This row is made up of flat touch-sensitive keys that offer different utility and symbols depending on what application you're using. For example, the standard configuration will show the regular F1 to F12 keys, but if you open up a web browser, the keys will change to display forward, back, and refresh buttons, while loading up Skype or a similar program will show microphone and video controls. You can also press the left-most key to cycle through the different options. It's a clever feature that adds some nice extra functionality while making good use of space, and reminds us somewhat of Razer's Switchblade UI found on its 17-inch Razer Blade notebooks. 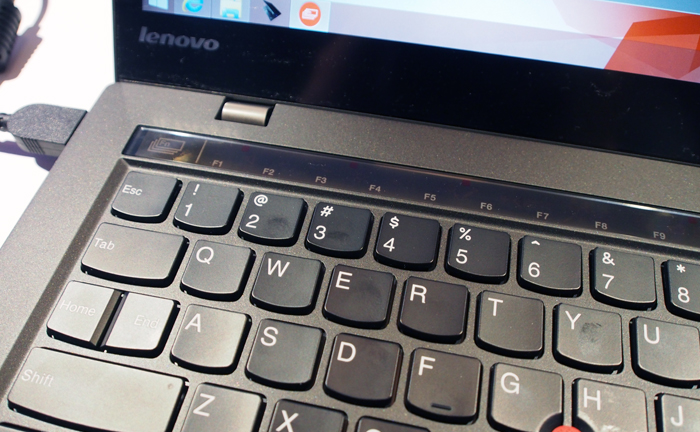 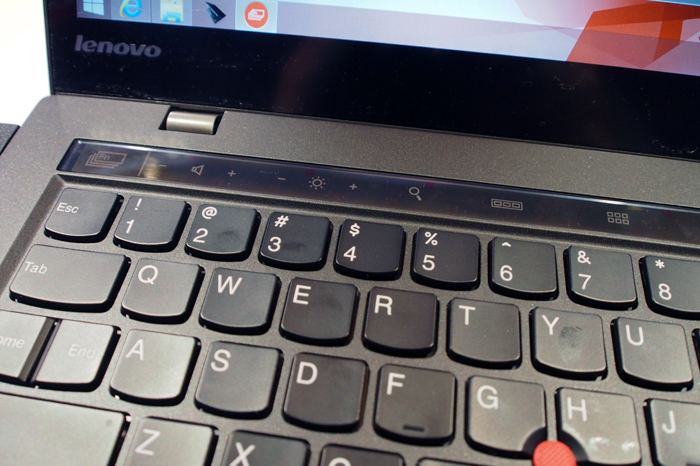 As for the keyboard itself, the only significant change is the removal of the caps lock key. To activate caps lock now, you just double tap the Shift key. In its place, Lenovo has put the Home and End keys. Like the previous X1 Carbon, the keys don't have quite as much travel as some of the other Thinkpad notebooks available, but they're still fairly firm, and certainly above average for an Ultrabook keyboard.

To further increase usability, Lenovo has also thrown in some gesture and voice control options. While these are fairly basic in scope, they work fine for things like forwarding or pausing a music track or presentation slide.

Lenovo has slightly tweaked the X1 Carbon's connectivity options, with the new model armed with two USB 3.0 ports, a full-sized HDMI port, a MiniDisplayPort, a proprietary docking port, and a hardwired proprietary Ethernet port that requires a special adapter cable which is sold separately. While it may seem like a special cable for Ethernot is no better than a USB-based adapter, a Lenovo product manager told us that the native Ethernet allows IT departments to manage and boot the system from a LAN, which wouldn't be possible over a USB adapter connection. 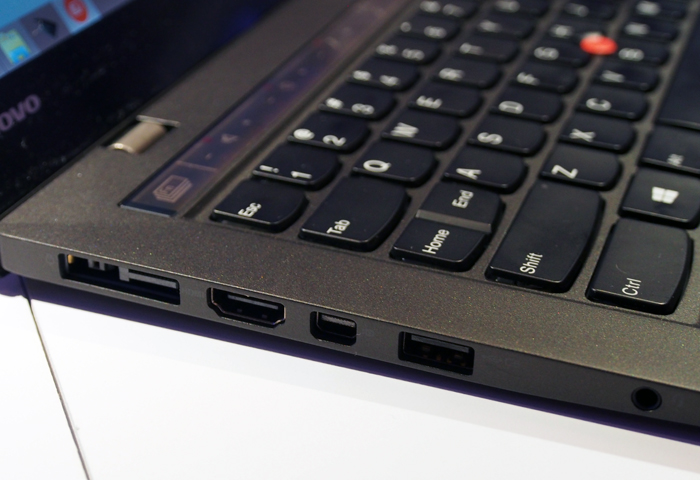 The biggest change is probably the removal of the SD card reader, which apparently was low on the list of priorities for enterprise users, as Lenovo's research seemed to show that most users now take pictures on their smartphones, which can, of course, be connected via USB directly.

The unit we looked at was armed with an Intel Core i7 Haswell processor, Intel HD5000 graphics, 8GB RAM and a 256GB SSD, making it more than sufficient to cope with any multimedia task, and probably even some light gaming as well.

All things considered, we liked the updates to the X1 Carbon, which stays true to its predecessor, while reducing weight even further and adding a few useful extras. The original certainly isn't obsolete just yet, but the newer version is definitely the one to go for if you're considering one.

The new X1 Carbon is available in the US now, with a starting price of US$1,299. Local availability and pricing has yet to be announced.