You've heard of Project Tango when we brought you news about it at Google I/O in 2014. Two years later at CES 2016, Google announced their partnership with Lenovo to make an actual Tango device. Well, the wait is over as Lenovo took the wraps of the Phab2 Pro at the Lenovo Tech World in San Francisco last weekend. Here's what the world's first Tangle-enabled smartphone looks and feels like. To be precise, Lenovo announced the Phab2 family of devices, which include the Phab2 and Phab2 Plus as well as the Phab2 Pro. While the Phab2 and Phab2 Plus do feature some AR functionalities, only the Phab2 Pro is properly Tango-enabled. This article focuses only on our initial impressions of the Phab2 Pro.

If you want to read about Project Tango, you can check out our take of Tango and Google's VR ambitions from Google I/O 2016.

Now, the original Lenovo Phab Plus was a gigantic 6.8-inch device, so the 6.4-inch Phab2 Pro is comparatively more manageable. It is still huge in any sense of the way, and at 259g, quite hefty as well. The weight is mainly attributed to all the hardware that’s crammed into the device; the majority being a large 4,050mAh battery and the Tango camera array. In fact, one of the main engineering challenges faced by Lenovo was to shrink the Tango cameras from the 7-inch prototype shown earlier at this year’s Google I/O to the finalized Phab2 Pro. 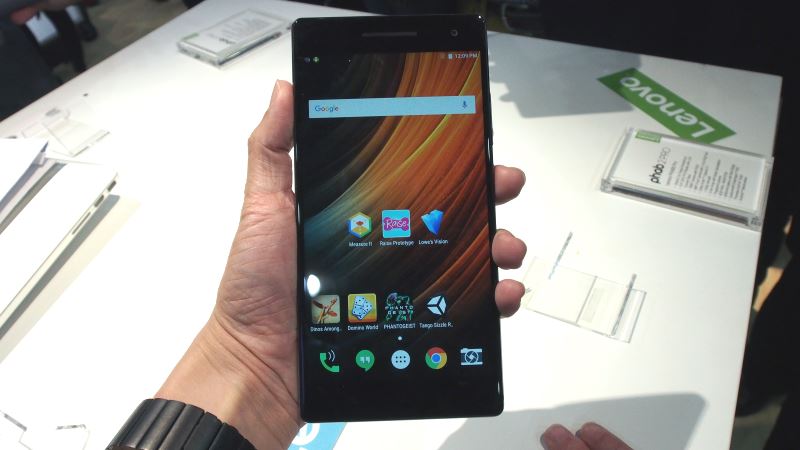 But first, the phone. The Phab2 Pro features an aluminum unibody design with a 2.5D curved glass screen. The display itself is an IPS display with a QHD (2,560 x 1,440 pixels) resolution. It feels like a proper flagship in the hands; it is well built with physical buttons that are firm and responsive. They sit nearly flush to the body, but are easily detected when you run your fingers around them. Besides the power and volume controls on the side however, there are no physical buttons on the front of the phone. 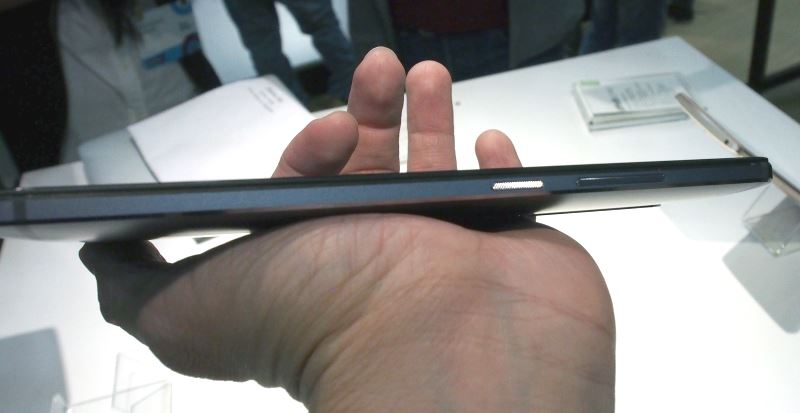 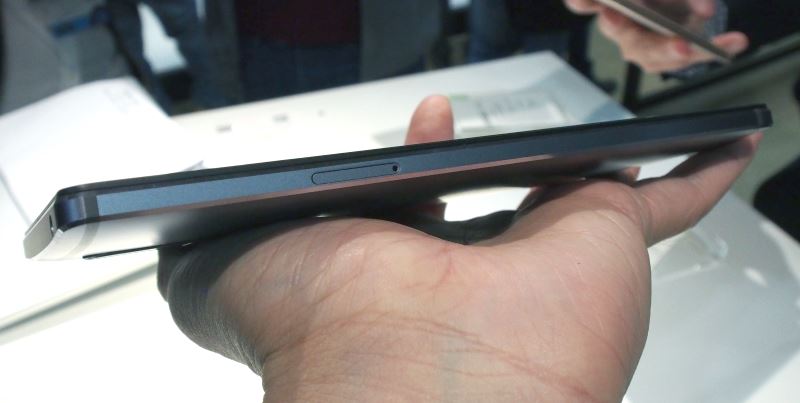 As you’d expect, working with such a large device is best done with both hands. You can hold the Phab2 Pro in one hand, but good luck stretching your thumb across the screen. Thoughtful Lenovo has included a range of one-handed accessibility options that can be toggled on/off though. These include a configurable floating quicklaunch overlay and compressed dialing pads. Instead of shrinking the screen down to accommodate one-handed operation, the phone uses its internal gyroscope to detect orientation. So whether you’re right or left handed, the compressed dialer will always appear in the correct side where your thumb is naturally resting at. 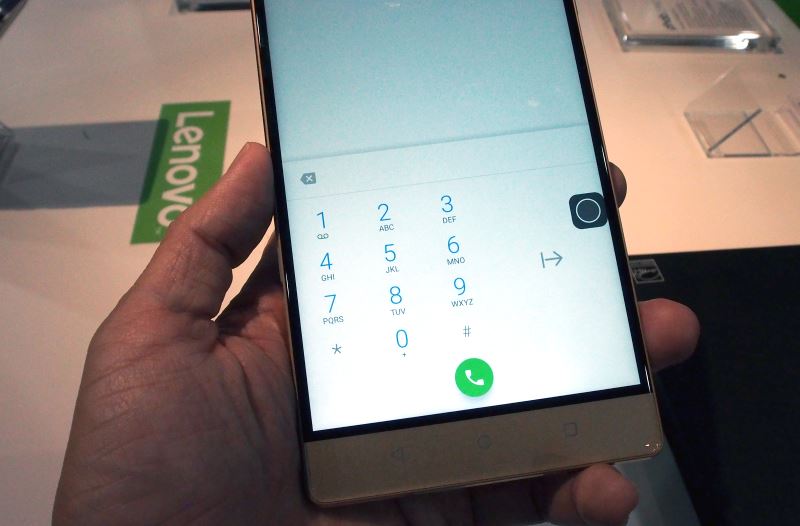 Of all three Phab2 devices, the Phab2 Pro is the only one with a QHD resolution screen, which means the display is very sharp even at its size. It is also the only device to feature a Qualcomm processor—a Tango-optimized Snapdragon 652—and 4GB RAM (the Phab2 and Phab2 Plus feature Mediatek processors and 3GB RAM) so the Phab2 Pro also supports quick charge technology. The phone only comes in one capacity, 64GB, expandable up to an additional 128GB via microSD.

One of the other key highlights of the Phab2 Pro is Dolby Atmos integration. Now Lenovo has worked with Dolby to include Dolby Atmos audio processing in a few of its other devices, most recently the Yoga Tab 3 range. However, the Phab2 Pro will be the first consumer mobile device to also feature new Dolby Audio Capture 5.1 technology, which allows the phone to actually capture and record 5.1 audio. 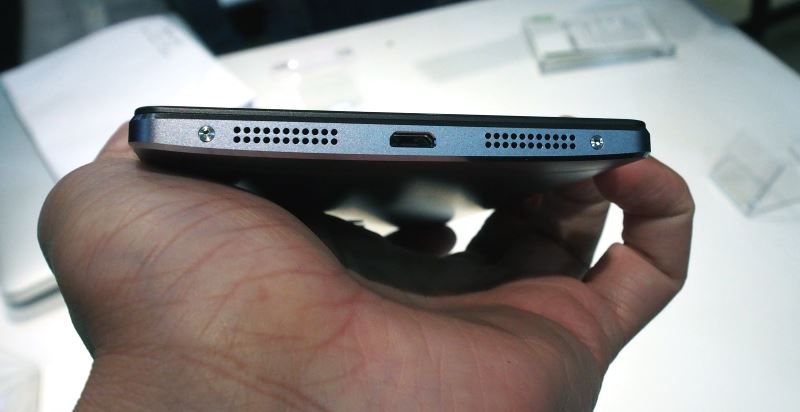 The back of the phone is smooth with a range of sensors located vertically in the center. The top three makeup the Tango array of cameras: a 16MP camera with phase detect autofocus, a depth sensor and a motion tracking sensor. According to Lenovo, these three cameras have to be highly optimized to operate simultaneously to that Tango operation feels seamless and lag-free, especially when interacting with AR (augmented reality) options in real-world space. The last circular button at the bottom is a fingerprint scanner. 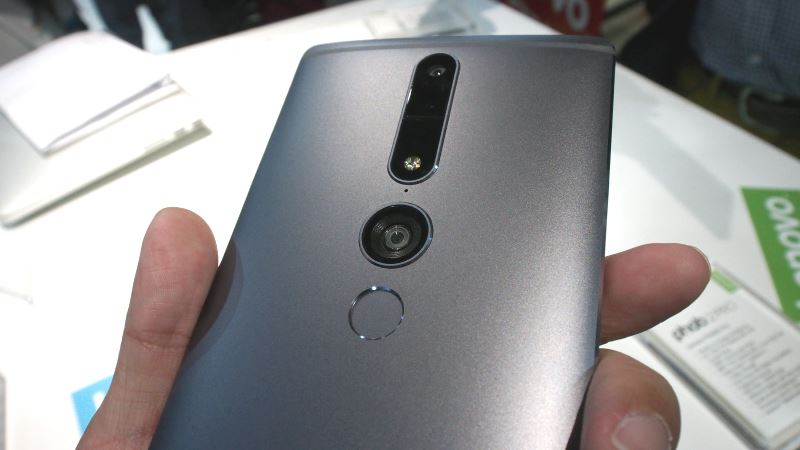 All in, the Phab2 Pro looks like a upper mid-range performer if you’re looking at pure processing speeds, but it is otherwise decked out in the latest mobile technologies including being the world’s first Tango-enabled phone and the first phone to feature multi-channel audio recording through Dolby Audio Capture 5.1. Sure, Tango-enabled AR apps do not look as life-changing as anticipated, but knowing what the technology can do, it is only time before more practical and functional apps become available.

The Phab2 Pro is probably one of the most interesting experiential personal devices I can think of getting for US$499. Between the Phab2 Pro and the Moto Z, Lenovo has some pretty strong products to bank on come September. However, if you look at it another way, these are also rather experimental devices, and it could go the other way for them. Regardless, September couldn’t come fast enough. The mobile industry is going to be quite interesting in the coming months. 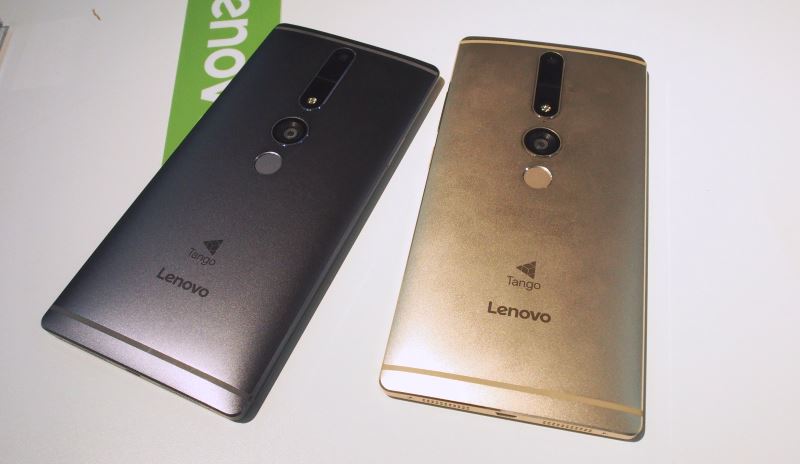