At CES 2014, Lenovo unveiled the Miix 2 range of Windows 8.1 dockable tablets, which brings the 'rip and flip' design of Lenovo's enterprise-aimed Thinkpad Helix to its consumer lineup. Available in 10- and 11-inch form factors, can the Miix 2 achieve the same success as Lenovo's popular Yoga convertible Ultrabooks? We take a closer look. 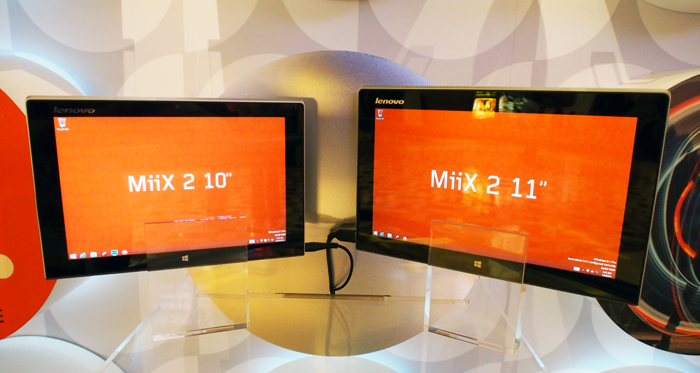 As the name suggests, the Miix 2 is not Lenovo's first attempt at a hybrid form-factor tablet PC. Last year, it launched the Ideapad Miix 10 tablet, which, while decent, didn't do much to differentiate itself from the sea of docking keyboard hybrid tablet-pcs out there. This time round, Lenovo has improved things by giving the Miix a more diverse multi-mode form factor -something that has worked very well for its Yoga lineup. Note that at CES 2014 Lenovo has also released an 8-inch Miix 2, however, somewhat confusingly, this model uses the same form factor as last year's Miix 10 tablet and as such, we won't be looking at it here. 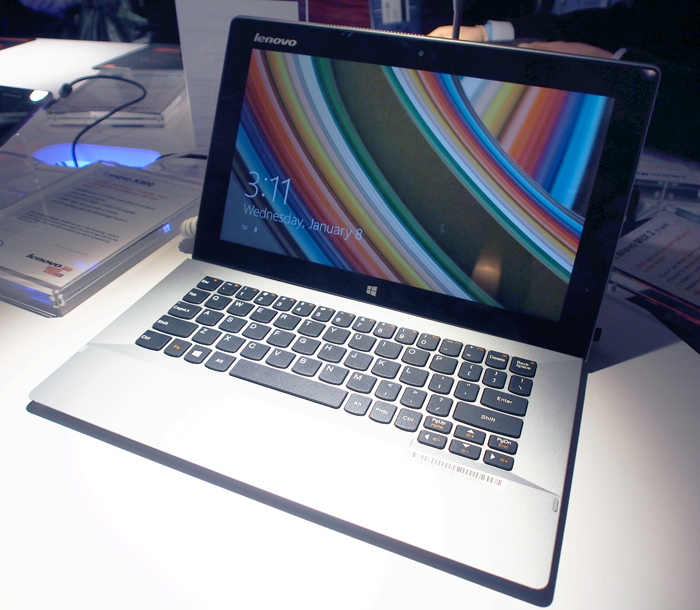 Both the 10.1- and 11.6- inch Miix 2s feature Lenovo's 'rip and flip' design, which we first saw on the enterprise-aimed Thinkpad Helix released at CES 2013 last year - essentially you can take (rip) the tablet out from its magnetic dock, flip it around, and insert it into the dock facing in the opposite direction - giving you a total of three modes: tablet, notebook and stand. As a nice touch, the rear base of the Miix 2 has a built-in JBL soundbar with two stereo speakers and a small subwoofer, which faces out in stand mode and offers quite decent quality audio for movie watching. 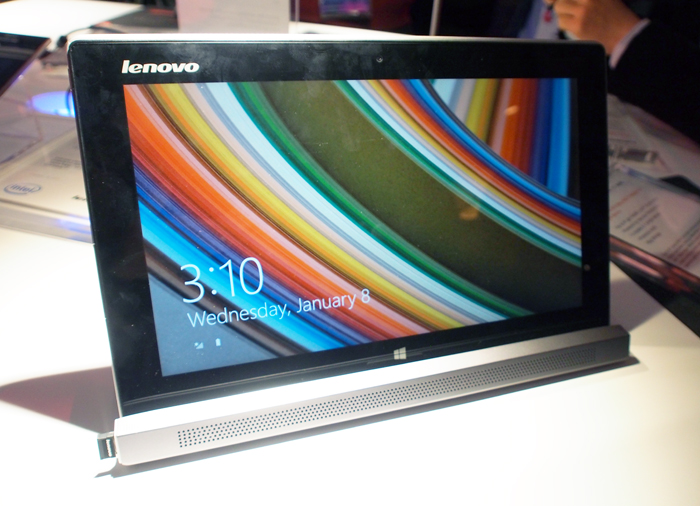 Converting between the different modes of the Miix 2 was simple and we were impressed by how securely the magnet held the tablet section in place. The shape of the keyboard dock also serves well to keep the tablet from moving around when you're carrying it around in closed mode. The keyboard was also quite decent, if not quite up to the standards of the Yoga and Thinkpad range, with the keys being a little too shallow for our tastes. Perhaps the only downside to this form factor (which, to be fair, is shared by most tablet docking PCs) is that in both notebook and stand modes, the magnet dock holds the display at a fixed angle, which is generally fine if you have the Miix 2 on a desk in front of you, but not so great if you're using it in your lap. 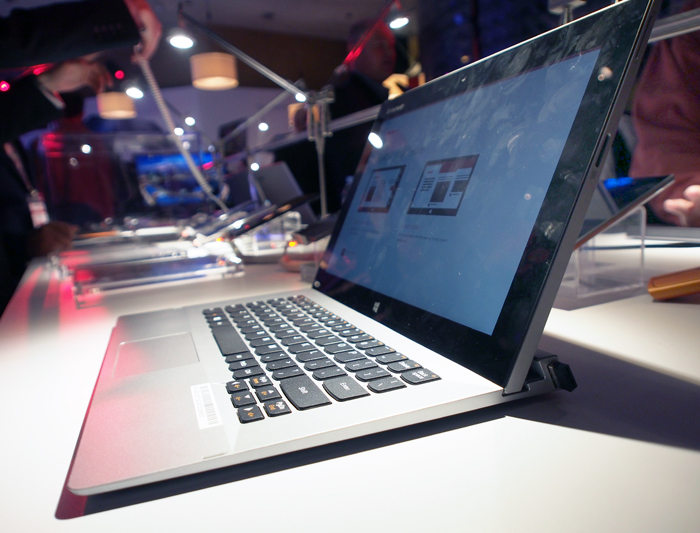 While both the 10.1- and 11.6-inch models share a very similar form factor, the 11.6-inch version has been designed for performance, and is powered by a fourth-generation Intel Core i5 Haswell processor, and includes 8GB RAM and a 256GB SSD.  It weighs about 815g, with the dock adding an extra 540g.

Meanwhile, the 10.1-inch model trades some performance for better portability, using a 64-bit quad-core Intel Atom processor, with 2GB RAM and a 128GB eMMC SSD. It is however slightly thinner and also weighs less at about 590g, with the dock adding an extra 450g.

Both models are armed with Full HD 1920 x 1200-pixel resolution multi-touch displays. The displays are excellent, and rival those used on Lenovo's Yoga lineup, with extremely wide viewing angles and great color reproduction. 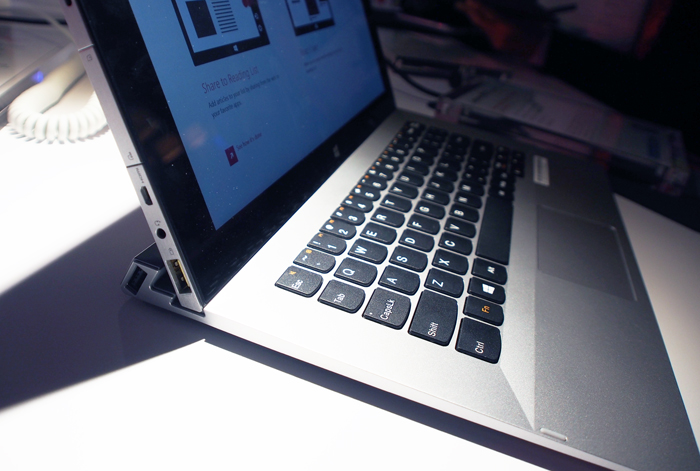 If you're wondering what the extra 'i' in the Miix's name is for, one of Lenovo's product managers explained it to us by saying that "it's Lenovo's way of 'mixing' things up." Indeed.

The 10-inch Miix 2 will be available in the US in March for US$499, while the 11-inch model will follow later in April for US$699. Local availability and pricing is currently unknown, but both models should be appearing on our shores later this year.