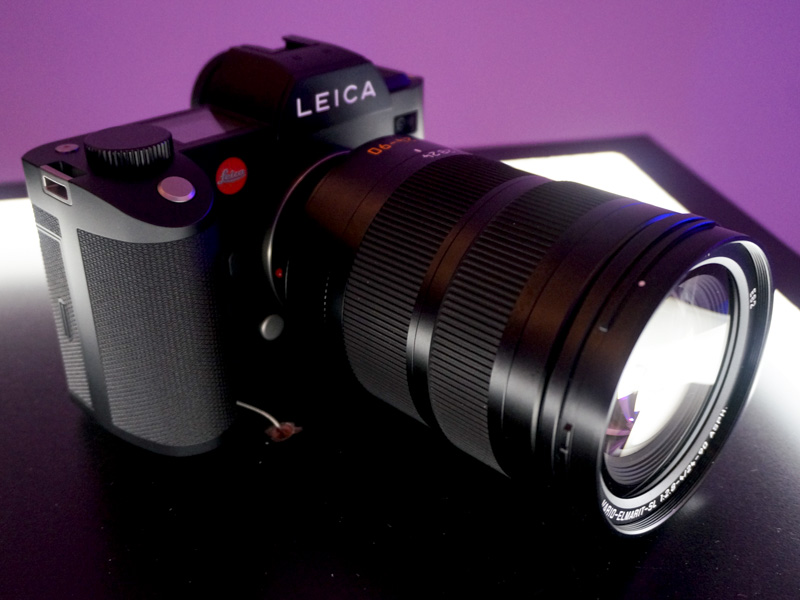 We first reported on the Leica SL in this news piece here, and at the time we wondered why exactly Leica was entering the crowded 35mm full-frame market when they already had a professional offering in terms of the Leica S (Type 007). Well, this question was answered by Mr Stephan Schulz in a separate interview for the Q+A segment of HWM – Leica had always planned to release a 35mm full-frame offering. They were just waiting for mirrorless technologies to catch up to what they wanted the camera to be able to do. 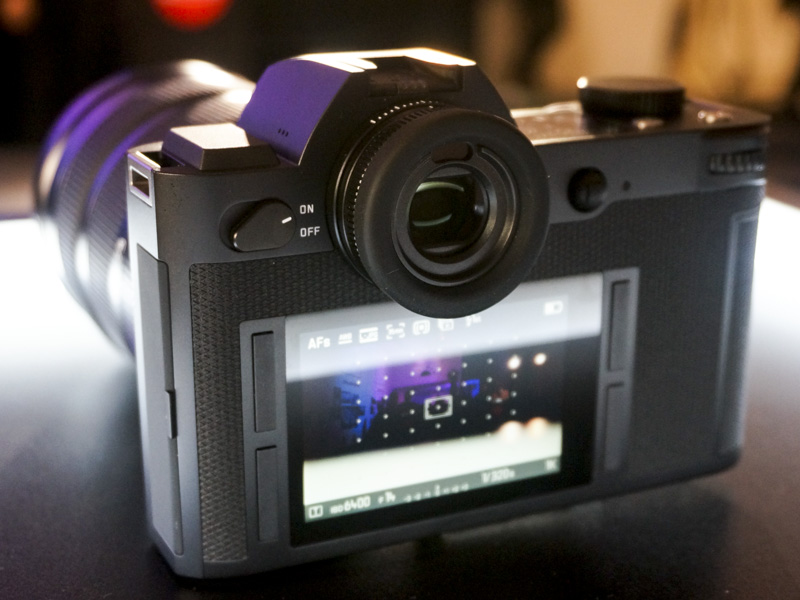 Perhaps continuing in that vein, Stephan’s presentation at the launch of the Leica SL touched on how they always concentrate on what’s the most essential for every camera that they create at Leica, so that their cameras may usher in a new era of professional photography. Indeed, the Leica SL boasts very much improved autofocus capabilities, as well as an EyeRes viewfinder that Leica says has a latency time below the threshold of perception.

Leica had arranged for a professional stunt biker and a dancer to take turns on a podium in the center of the event space, giving us subjects in constant motion to test both the autofocus and continuous shooting rate on. Each presented a different set of challenges, as the biker was obviously moving faster though in a somewhat more predictable manner (with wheelies and spins) and the dancer in a less predictable manner but with more varied movements – pirouettes, jumps, and leans. Either way, good tests for the tracking capabilities of the new camera. Given that the body weighs in at 847g (with battery) compared to the 980g of the D810, you could say the overall system is easily on par or a little lighter than most full-frame DSLR systems out there. The all-aluminum body feels nicely balanced in the hands, with what feels like a deeper handgrip than what’s offered on Sony’s A7 cameras. 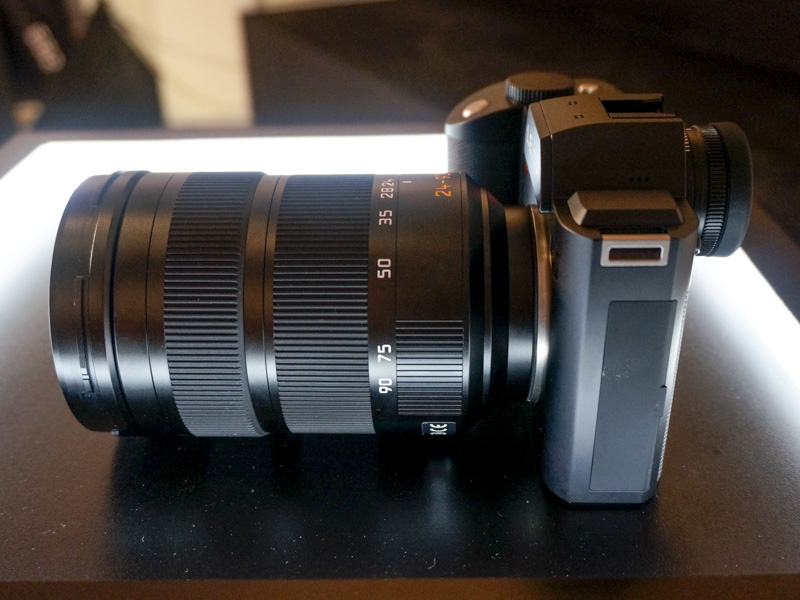 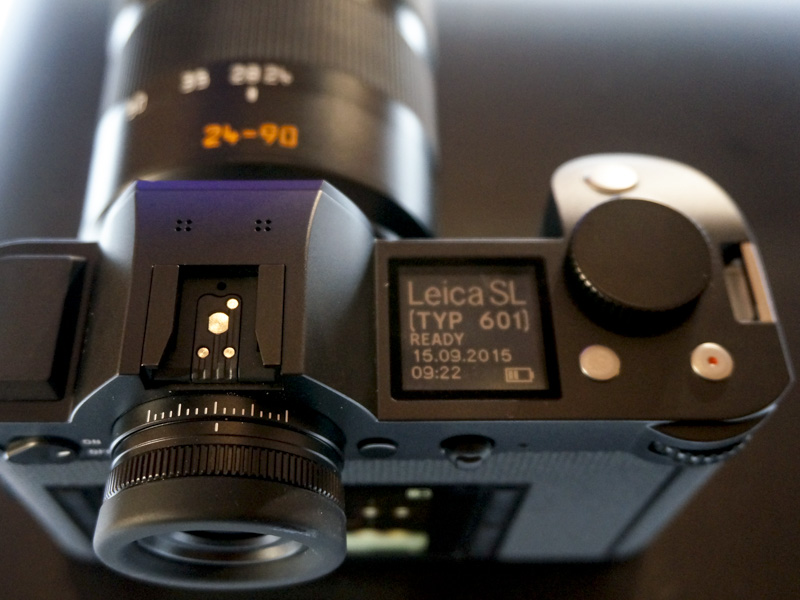 We have to say we really liked the EyeRes viewfinder on the SL. The refresh rate is fast, and we have to say the colors are better than any electronic viewfinder we’ve looked through to date. In fact, the only time we were “reminded” of the fact that it wasn’t an actual optical viewfinder was when the camera slowed down to buffer images – and that was largely due to the lack of speed on the memory card we were using.

While there aren’t autofocus modes like dynamic area or 3D-tracking, the Leica SL uses the touch screen or the joystick to allow you to set focus points. Or, you can simply enable face-detect focus for use with people. While the joystick does seem to be conveniently placed and decently easy to navigate, we found that the AF cursor doesn’t wrap across the screen, meaning that if you move from shooting in landscape mode to portrait mode (or vice versa), you’re going to have to move the cursor quite a bit to navigate back to the equivalent spot. 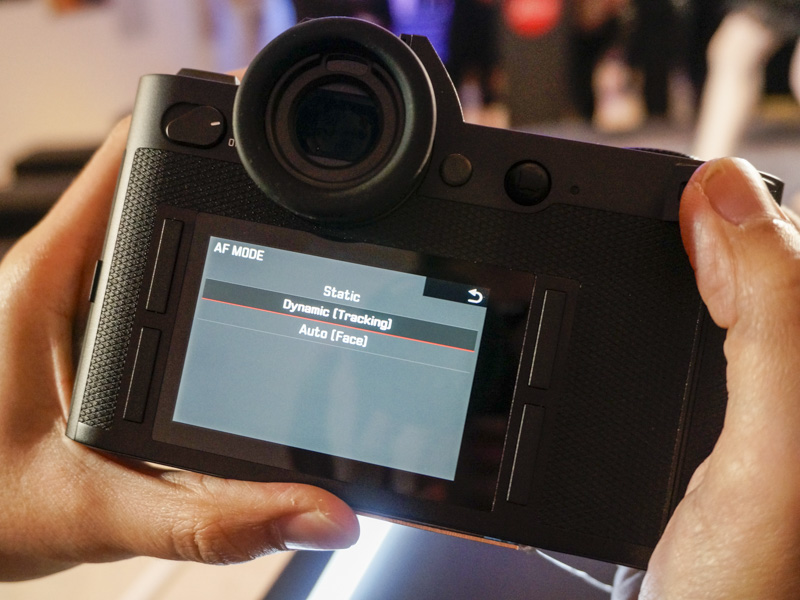 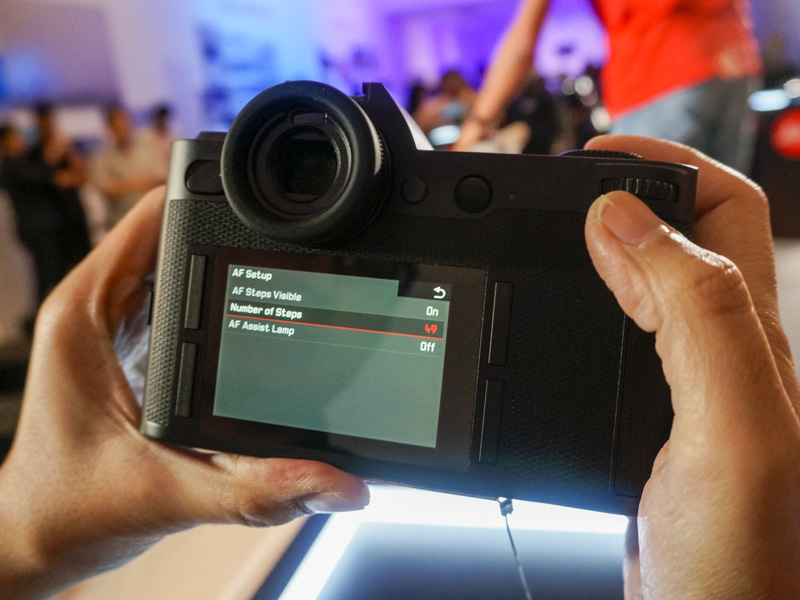 You have a choice of 49 or 37 points which cover most of the screen but thankfully you don’t seem to be limited to just these points when using touch to select focus via live view. Overall though, autofocus definitely seems to be very fast and responsive across the entire focal length of the Vario-Elmarit-SL 24-90mm f/2.8-4 ASPH lens. 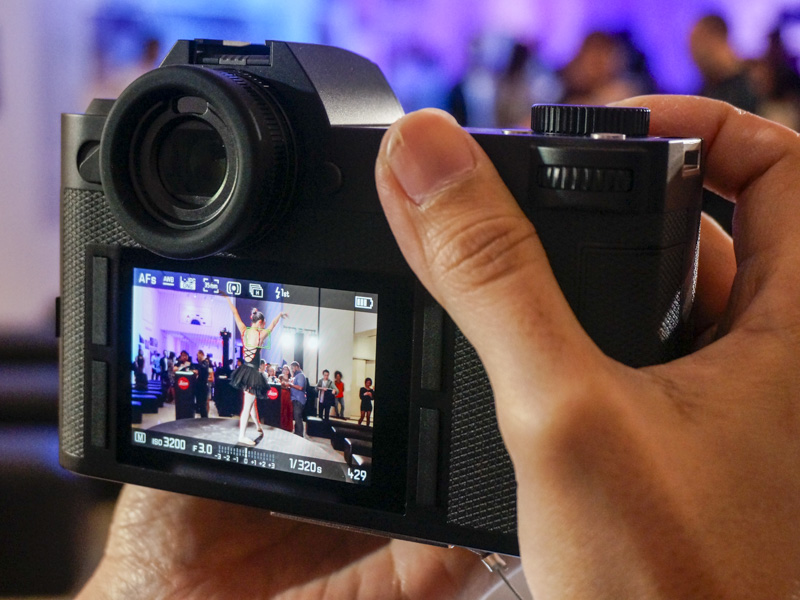 The overall interface of the Leica SL seems very much like the Leica T before it, and may be confusing at first glance, as none of the main buttons are labelled. This is because all four buttons can be set to different custom settings so you can have the camera set up just as you like it. A total of 14 groups of favorites can be stored on the camera, so you can switch settings as the situation demands it. The system is also slightly unique in the sense that it uses the main control dial as a confirmation button quite a bit, so you’ll find yourself pressing in, instead of just turning it.

Being able to preview images as we would on a smartphone is quite a plus too, as it’s nice to be able to pinch to zoom, or swipe across the screen to move from one image to the next. Double tapping on the center of the screen automatically zooms you in to 100%, so it’s all very intuitive as far as reviewing images go. We tried pushing the camera to its maximum range of ISO 50,000 and were pleasantly surprised at the results - not as bad as one might expect, which meant the lower levels should quite acceptable. Indeed, pictures taken at ISO 6400 are still very clean, and we’d certainly think that images at ISO 12,500 should be usable after a bit of clean up in post. The system is very responsive for the most bit, thanks to the Maestro II processor and 2GB of onboard buffer memory.

Despite the fact that we didn’t have a fast memory card with us, we still were able to get about three seconds worth of continuous burst, for about 30 frames before the camera slowed down. Certainly impressive when you consider the fact that we were capturing in both JPG and RAW together. Here are some sample images we managed to get from the camera. Given the large size of the images, we didn't embed the full-resolution versions, but rather have provided some 100% crops instead. As you can see, even in low light and at ISO 6400 a good amount of detail is retained by the camera in terms of the make-up around the dancer's eyes and the fabric of the shoes. The close-up near her head gives you a better idea of the type of bokeh you get from the lens, and overall the noise appears to be fine and granular, which means it should print well. 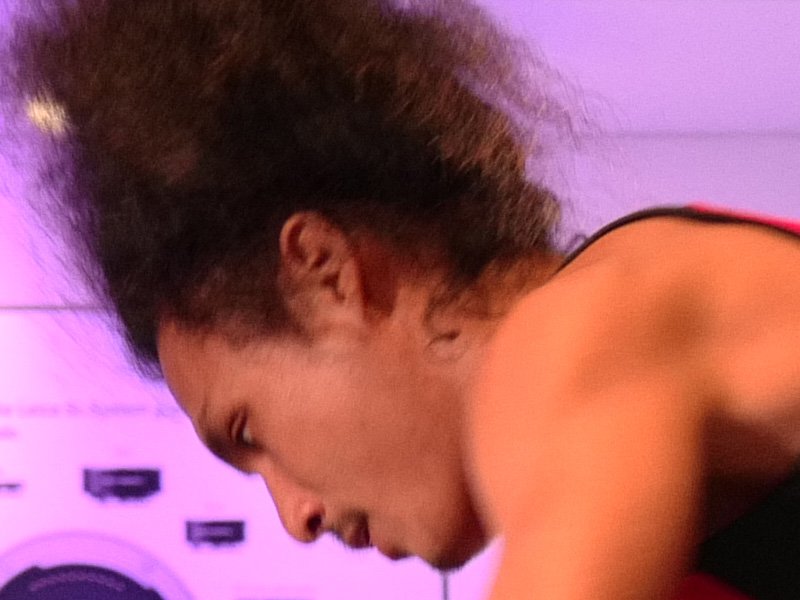 With this shot it appears that we have the focus point slightly ahead of the rider, as the point of best sharpness appears to be on the bicycle. Still, given that we were running on AF tracking and that the rider was spinning at fairly high speed, it does seem like quite an acceptable result, especially if you take the speed of his movement into account. A great test of the camera's overall responsiveness as well given we had no idea what the rider intended to do next. The Lecia SL is fast, both in terms of capture rate and response.

Given the limitations of the memory card we had on hand, we didn’t try the 4K video capture, but we did manage to get some clips of 120fps slow-motion video at full HD, and we must say the results look good. Here’s an example clip to show what we mean.

Overall, we must say the Leica SL is a very impressive camera, both in terms of build and performance. The Leica SL (body only) will cost S$11,000, while the Leica Vario Elmarit SL 24-90 F2.8-4 will cost S$6,850. Both are available for pre-order now at the Leica Stores and Boutiques located at Raffles Hotel Arcade, ION Orchard, Mandarin Gallery and Vivocity, as well as all authorised Leica dealers.