As we mentioned in our first looks piece of the R5 neckband headphone and RSB-3 soundbar, Klipsch is just as competent with headphones as it is with speakers. In fact, founder Paul W. Klipsch started his audio experimentation with headphones that he modified for stereo reproduction.

Did you know that one of the company's unofficial slogans is literally “No bullsh*t"? So when Klipsch said it’d produced a set of headphones that's the “most impressive Klipsch has ever produced”, we naturally were interested.

The headphones in question, are the Klipsch HP-3, which is a semi-open over-ear set of headphones that uses free-edge 52mm biodynamic drivers for accurate, natural sound. We were told that these were designed with speakers as a reference point, and that the Biocellulose material used for the drivers gives a great response because it’s just 1/5000 the thickness of a human hair. Sounds reminiscent of the excellent Focal Utopia headphones we reviewed last year, so we were definitely looking forward to getting some quick audio testing time. 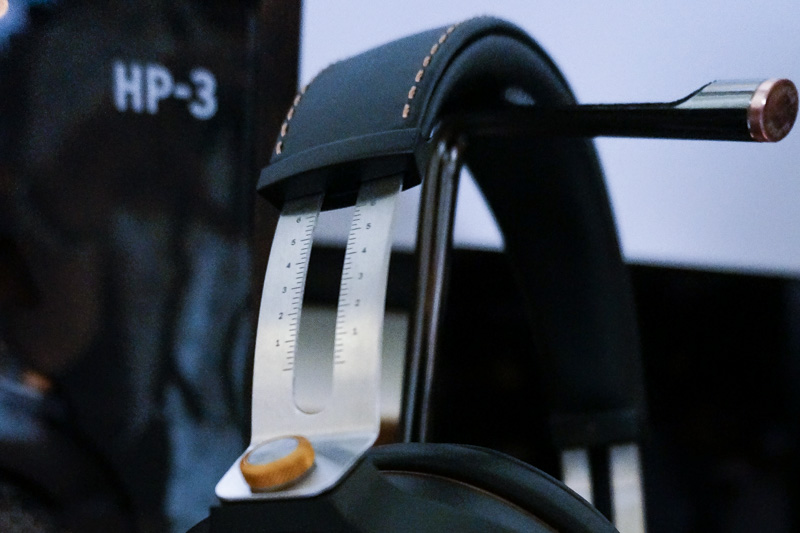 As you can see in the images above, these are definitely a premium set of headphones made with the finest materials. The headband is made of genuine hand-stitched cowhide that becomes more pliable (and hence more comfortable) over time. Die-cast steel bands are used, with milled solid wood caps over the triple-vented ear cups that have cushions made of sheepskin. These are tilted slightly to offer the best angle to your ears, while also being easily removable (they’re held in place by magnets) so you can replace them yourself. 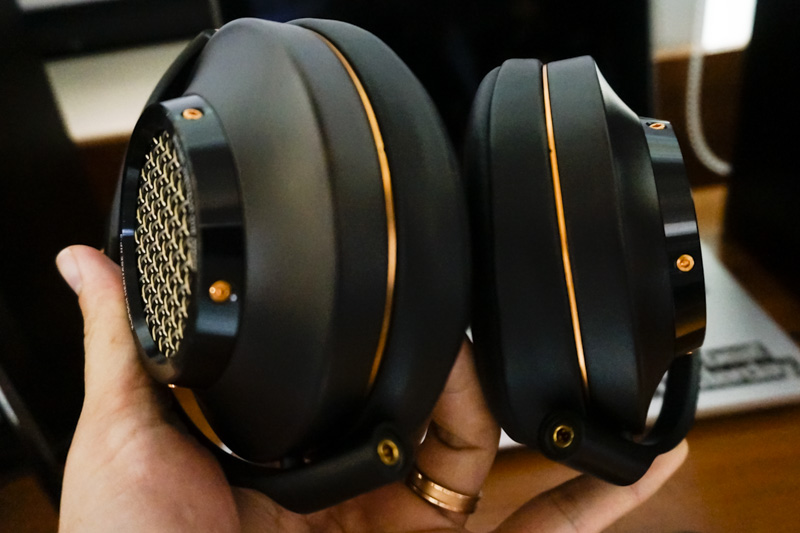 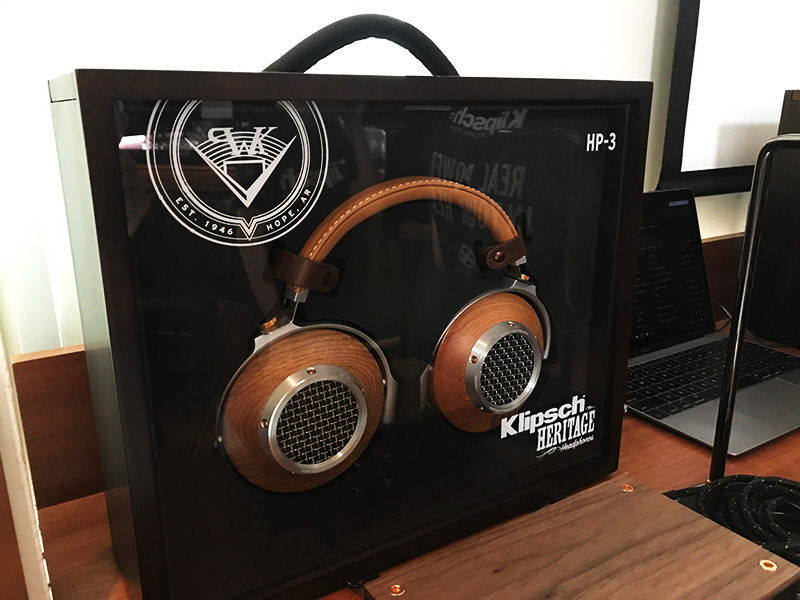 Even the packaging for this seems impressive – the headphones come in a carrying case that contains a custom solid-steel rod headphone stand, a short (1.37m) and a long (2.5m) detachable braided nylon cables, and a custom-fit ¼” adapter.

The first thing that struck us when putting the HP-3 on was how light and comfortable the headset felt. The sheepskin padding was nice and plush, and there was no evidence of headphone clamp at all, impressive for such a large pair of headphones. These will certainly see you through hours of listening on end, though the semi-open nature means that there isn’t much passive noise-canceling (again, similar to the Focal Utopia and Elear).

Testing started with a recording of The Chain by Fleetwood Mac, and the first thing that hit us was how solid the bass was on the kicker drums to start the piece. The solid bass kick helped to pace the track, and we thought the headphone handled Stevie Nicks’ vocals nicely, rendering them with enough weight and separation from the guitar work to really stand out.

Next up was a recording of Eric Clapton’s Layla from his Unplugged album. This particular piece was taken from a live session for MTV, and featured the legend in the more intimate space of Bray Studios surrounded by a live audience. With the HP-3, it seems like you’re right there in the crowd. Clapton’s guitar work had good energy, and his vocals were rich and warm. The imaging capabilities of the headphones also helped to define the position of his backup singers, so you can close your eyes and really picture the scene. The trebles were a little darker than what we’re used to hearing though, but there’s certainly little else to pick on for this piece.

Ending off the audition with a recording of Barbados by Anne Domnerus (From the Jazz at the Pawnshop album), we were again impressed by how the headphone handled the jazzy piece. All the instruments were rendered with good naturalness, and you could really get caught up in the way the bass and the drums played off each other. The headphone demonstrated a good degree of separation we could really hear every instrument. Overall, we’d say these are a premium set of headphones that will work well for all genres of music. There’s a degree of refinement and precision befitting the S$1,999 price tag, so if you’re looking for something around this price bracket, we’d certainly recommend auditioning a pair.