Tis the Season to Be Jolly

A little early to be singing Christmas carols? Probably, but then it is October after all, which means that the end of the year is soon to be upon us. And that means Christmas, the season of giving (and receiving) is coming.

HP has just announced a range of new products that it will launch just in time for the year end holiday season, and we were lucky enough to get a quick hands-on with a handful of them just recently. Among them, there is a new hybrid notebook running on the latest Intel Bay Trail processor, a new 7-inch tablet powered by Tegra 4, a new premium Ultrabook and a new 23-inch desktop AIO. Here’s a closer look at each of them. 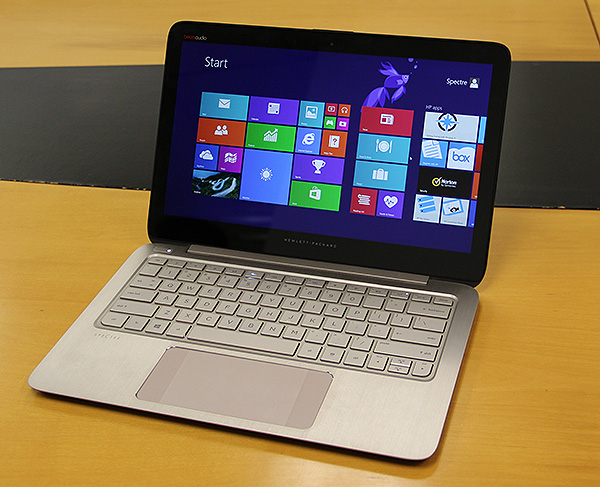 The Spectre represents the best of the best that HP has to offer and the new Spectre 13 Ultrabook certainly does not disappoint on first impressions. Obviously, it is really thin at just over 13mm and tips the scale at just under 1.5kg. It feels slightly heavier than that though, but that could be because of its full aluminum alloy chassis, which makes the Spectre 13 feel really solid. It also has a touchscreen-enabled 13.3-inch display. 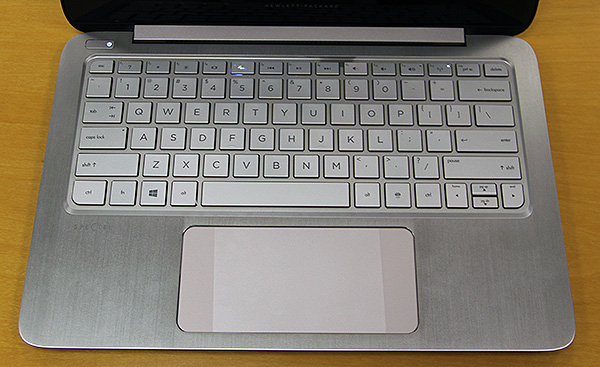 One thing unique about the Spectre 13 is its ultra-wide clickable touchpad, which features two "Control Zones" on the left and right. These special zones on the trackpad allow users to quickly and easily access or activate Windows 8 interface features such as Charms and Snap. 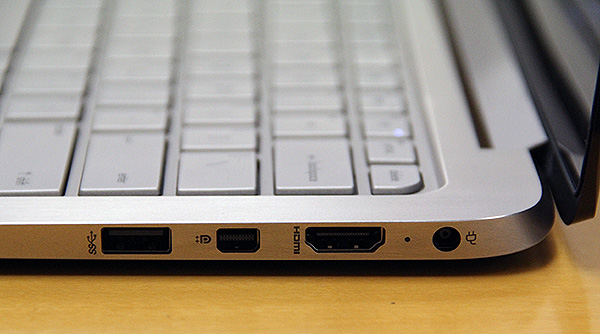 That aside, the Spectre 13 will be available in two variants, coming with either a Full HD (1920 x 1080) or QHD (3200 x 1800) display. Earlier, we previewed the Envy 14 TouchSmart, which also has a QHD display. The QHD variant will be powered by the latest fourth generation Intel Core i7 processor, whereas users will have the option of having either a Core i5 or Core i7 processor for the Full HD variant.

Prices of the Spectre 13 will begin at S$1799 and should be available later this year in November. The QHD variant with better system specs will retail from S$2299. 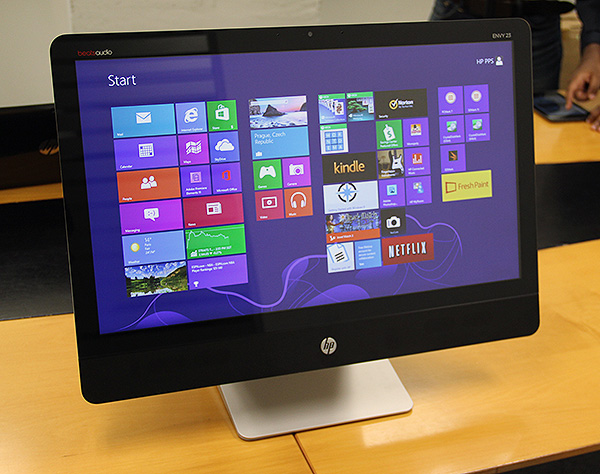 The HP Envy Recline 23 is one of the first desktop AIOs we have seen to be powered by Intel’s new fourth generation Core processors. Specifically, the chip that resides within it is the dual-core Core i5-4570T (2.9GHz, 4MB L3 cache). Incidentally, the “T” suffix means that the chip is power-optimized, which means it has a lower TDP compared to the rest of the other fourth generation offerings. If you are curious, the Core i5-4570T has a rated TDP of just 35W.

Complementing it is 8GB of RAM, NVIDIA GeForce GT 730M discrete graphics and, quite interestingly, a 1TB HDD that features what HP calls "ExpressCache", which means that it is augmented with 8GB of flash memory which acts as a cache to boost boot up and application start times. 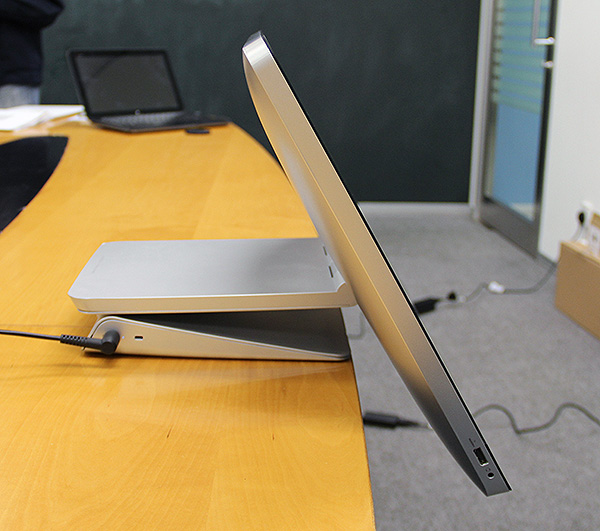 The Envy Recline 23 has a 23-inch Full-HD IPS display that recognizes up to 10 points of touch and also comes with a stand which allows 5 to 145 degrees of tilt, allowing the the display to be used in a variety of positions. It can even be folded completely flat for family and friends to play touchscreen-optimized games such as Monopoly and Fishing Joy together.

The Envy Recline 23 will be available later this year, around November, with prices beginning at S$1699. There will also be a special Beats edition that features a stunning black and red chassis, and also a larger 27-inch variant called the Envy Recline 27, which will retail at around S$2499. 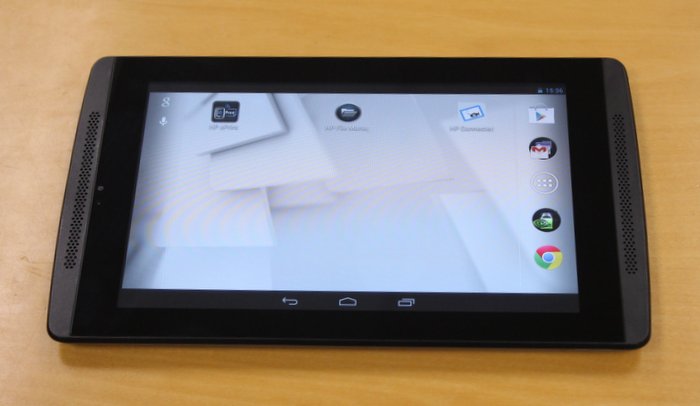 However, for an extra $100, users will get a significant upgrade in many areas. Starting with the processor, the Slate 7 Extreme sports a new NVIDIA Tegra 4 quad-core mobile processor (1.96GHz), that is more powerful in terms of processing and gaming than the Slate 7’s dual-core ARM A9 1.6GHz processor. Games and apps that other devices struggle to run on your older Android devices, should not have any issues running on the Slate 7 Extreme.

The Slate 7 Extreme also has an upgraded display boasting a higher resolution of 1280 x 800 pixels, which gives it a higher pixel density than the original Slate 7 (1024 x 600 pixels), but falls short of the new Google Nexus 7, which has a Full-HD display.

Flanking the display, is a pair of front facing speakers. HP told us that the speakers were positioned as such to improve the soundstage and provide a more "direct" sound. However, we noticed that the speakers could be blocked by your thumbs when you are holding the device in landscape mode. There’s also a dedicated bass-reflex port speaker at the bottom of the device, that, one first impressions at least, gives the tablet a much fuller sound than what other 7-inch tablets are capable of. 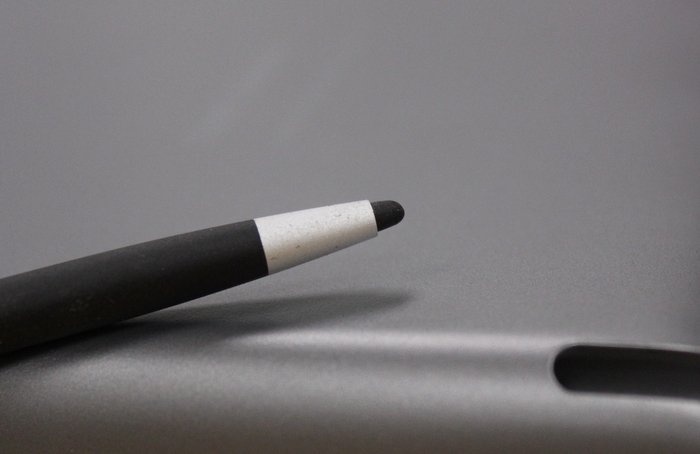 Another additional feature that the Slate 7 Extreme has, is a bundled stylus which slots into the tablet when it’s not in use. The stylus feels much more solid and heavier than the usual plastic types found in devices using Wacom digitizers, but it is a pity that the Slate 7 Extreme's display itself does not boast any form of digitizer technology. 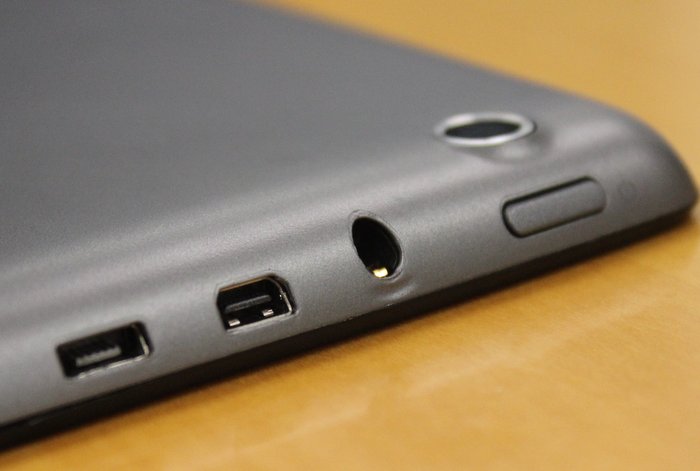 And as for ports, the HP Slate 7 Extreme has all the standard ports you’d expect an Android tablet to have, like an 3.5mm audio jack, and a micro-USB port for charging and data transfer. HP has also included a very useful micro-SD card reader that boosts the device’s available built-in storage of 16GB by up to 32GB more (depending on your SD card used). There’s also a mini-HDMI out port, so you can display whatever you’re watching onto a bigger screen (like a TV for example).

The HP Slate 7 Extreme will be available later this year in November 2013 for S$299. 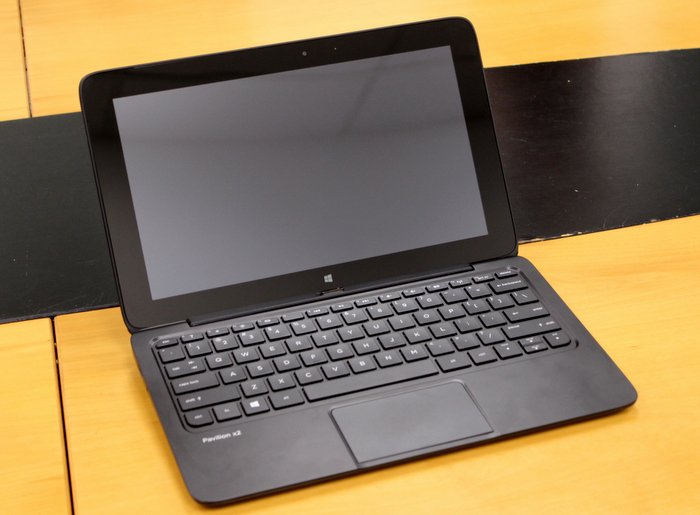 The HP Pavilion 11 X2 is a hybrid PC with Intel's new Bay Trail SoC that is, first and foremost, a Windows 8 notebook. However, it also has a detachable 11-inch display that becomes a tablet, which is useful for times when you need extra portability or simply just want to watch movies or browse the web in your bed.

As you can tell by the device’s Pavilion branding and its mostly plastic exterior, this device is a low cost device that’s meant to give users an affordable way of getting onto the Windows 8 bandwagon. However, that doesn’t mean HP skimped much to get its price down. The Pavilion 11 X2 comes bundled with a keyboard dock that has a built-in battery that increases its battery life. It also acts as a docking station, offering users more connectivity options such as USB ports, a HDMI port and a memory card reader. 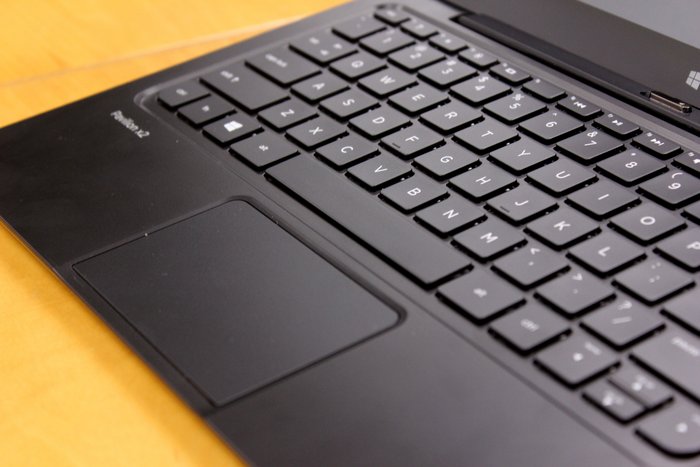 The Pavilion 11 X2 will be retailing with two variants -- with 64GB or storage, or 128GB of storage - with prices starting at S$899 this November.

Last but not least, here's a parting shot of all the devices you can look forward to and not to forget, our assessment of them in the near future:- 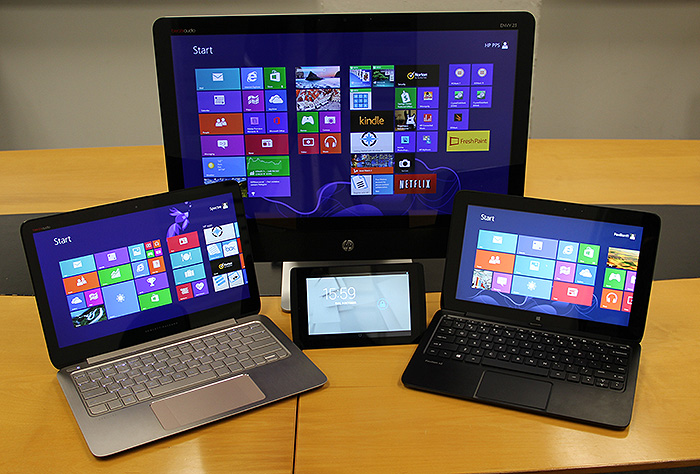