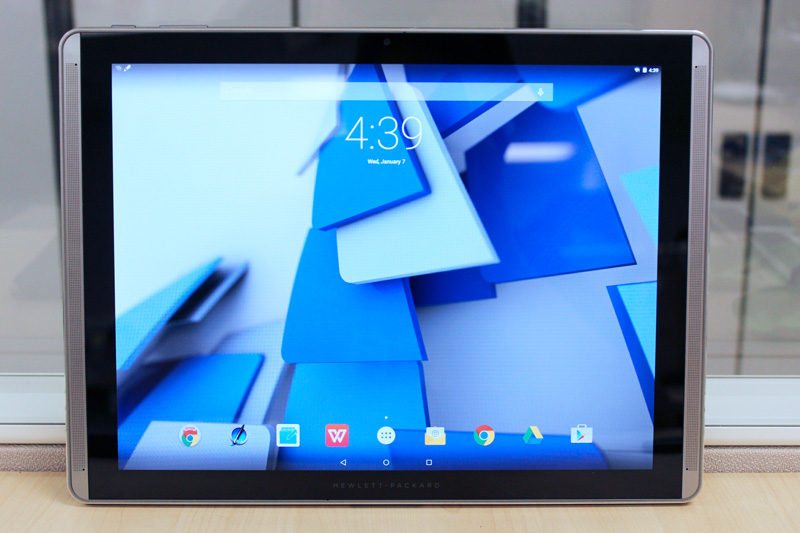 Tablets have become increasingly popular in the workplace and are favored over regular notebooks for their portability and ease of use. Unlike notebooks, tablets can be easily handled and don't necessarily require a fixed or flat surface to use them effectively - especially when you don't intend to punch a big email. However, they don't excel at every task because their displays are usually quite small - relatively speaking in comparison to average notebooks, of course. The small displays don't lend themselves well to productivity tasks, especially when dealing with long spreadsheets. As a result, there has been calls for larger tablets.

While there are a number of 2-in-1 and convertible/hybrid notebooks in the market as of late to meet some of these needs, not everyone needs a capable Windows OS based machine. What if you really wanted a simple, sleek tablet that's optimized for the Android OS because you've invested much time and apps on this platform? Or simply because you want a device that can run your basic productivity needs, but yet have access to your large installed based of games and utilities?

To meet such requirements, HP has released a massive 12-inch Android tablet targeted at business users called the Pro Slate 12. We've had some experience with the device earlier this year, and we were left impressed with its note-taking abilities. And now that we have had more time with it, can you really use it to take notes at work? And how does the rest of the device fare? We'll answer that and more below.

The HP Pro Slate 12 tablet is a machine targeted at businesses. The tablet comes with a 12.3-inch screen, with a 1,600 x 1,200 pixels resolution with display pixel density count of 162.6 pixels per inch, a 4:3 aspect ratio, and with its screen made from Corning Concore Glass. The display shows good colors and viewing angles, but exhibits far too much glare. Though the Pro Slate 12 is massive, as far as Android tablets are concerned, HP has managed to keep its weight down to a fairly reasonable 850g. It is also only about 8mm thick, so it is still reasonably portable.

Inside, the tablet packs a Qualcomm Snapdragon 800 (2.5GHz) processor, 2GB LPDDR3 RAM and 32GB of internal storage. It features a micro-USB 2.0 port that's used for data transfer and charging, an audio jack, a microSD card slot (with support of up to 32GB) and a ZIF (zero insertion force) connector with Pogo pins for pairing with accessories made for the tablet.

The tablet also has Near Field Communications (NFC) capability, supports the latest Wireless 802.11ac standard as well as Bluetooth 4.0 and is Miracast compatible. The rear facing camera shoots at 8 megapixels, while the front-facing camera uses a 2-megapixel sensor.

The Pro Slate 12 runs Android 5.0 Lollipop, which means it also comes with Android's Work Profile. This lets you create two different profiles on the tablet; one meant for work, with tighter data control and privacy and one meant for everyday casual use. As befitting a business tablet, security is paramount. That's why the machine comes with HP's Touchpoint Manager (which allows you to manage all your registered devices remotely), incorporates ARM's TrustZone technology and hardware encryption.

The HP Duet Pen doubles as both a stylus and a regular pen. You can opt to use the stylus tip if you're writing notes directly to the HP Pro Slate 12 tablet or the pen tip and use it on paper. Unlike normal stylus, the HP Duet Pen actually recognizes the amount of pressure you're exerting when you're writing, which means that it can replicate your writing style much more accurately.

Physically, the HP Duet Pen looks like any regular pen, except for the two clickable buttons near the tip and the micro-USB port near the middle of the pen. The buttons' functions change depending on what app you're using, though they can also be pressed to reactivate the pen if it has gone to Sleep mode. The HP Duet Pen has a built-in rechargeable battery, one you can recharge easily through the micro-USB port. You can tell when the battery needs charging when the indicator light (around the midpoint of the pen) starts to blink in amber.

It also has built-in ultrasonic microphones that are meant to interact with the receivers on the sides of the HP Pro Slate 12. That's how the tablet knows where the stylus is if you're writing on paper instead of the tablet itself.

While writing on paper and having it transcribed in real time is a cool feature, it doesn't work right out of the box - you need to pair the pen with the tablet first, which means you need to fiddle around with the settings. Once paired, you can only use the paper to digital feature in the HP Notes app. Other apps like Corel Painter Mobile (which is pre-installed) won't register what you're writing with the HP Duet Pen if you're not using the pen directly on the tablet itself.

Even when you're using the HP Notes app, there are a few caveats. The paper needs to be directly positioned beside the tablet's ZIF connector so that the receivers on the HP Pro Slate 12 can capture the ultrasonic sound emitted by the HP Duet Pen. It's a bit of a hassle and limits the ways in which notes can be taken. 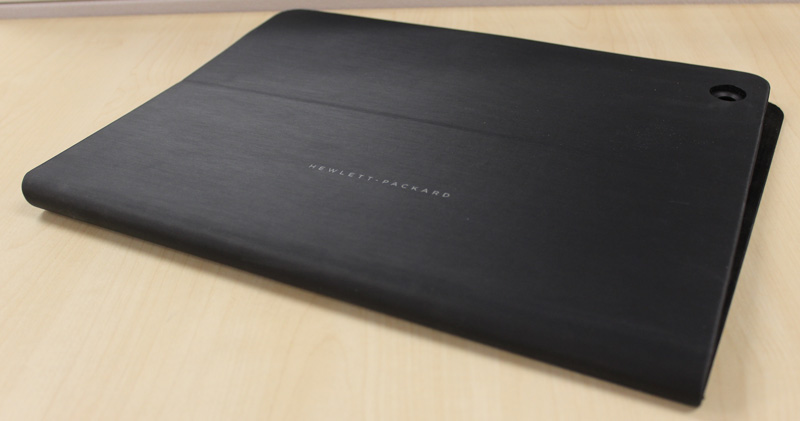 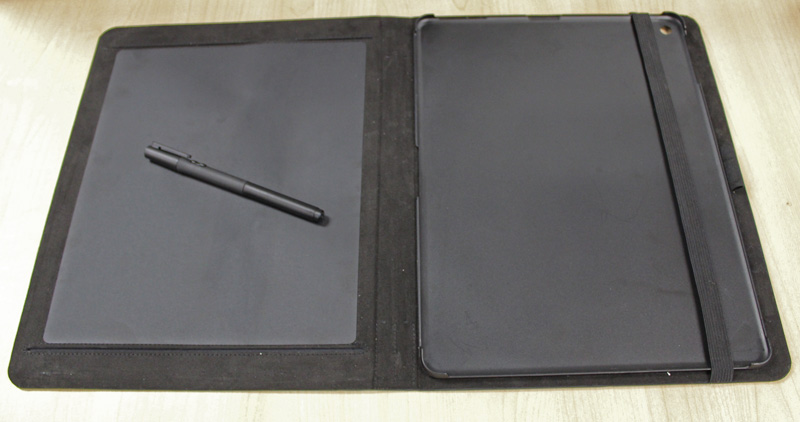 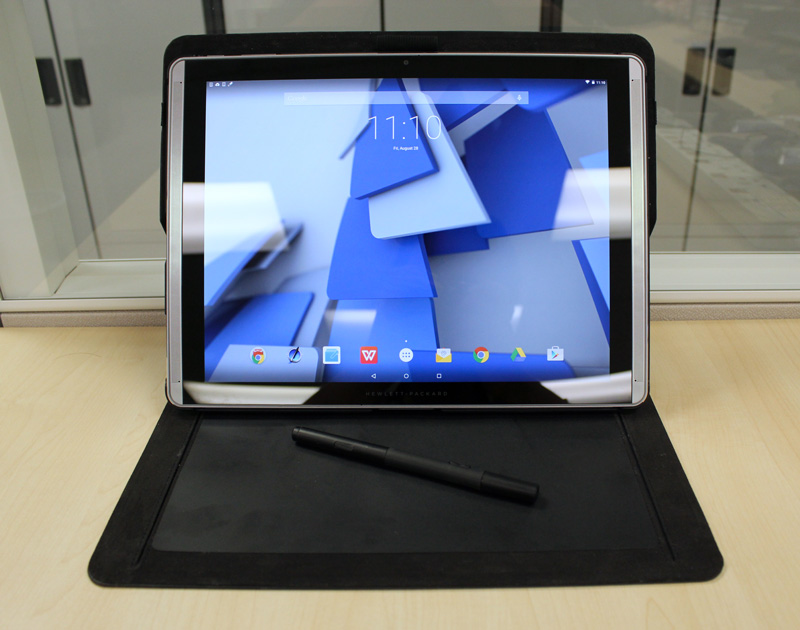 We admit, we were impressed initially on how cool the concept of writing on paper and having it transcribed in real time to the tablet sounded. After using it for some time though, we found that it could use further tweaking on the drawing board. The problem is that it doesn't capture writing with 100% reliability. However, this problem seems more pronounced for users who write quickly and have scrawly handwriting. If you write slower, with blocky letters (as seen in the video above), then the technology works quite well. But since the app is for note taking, where speed is usually of the essence, we feel that most people taking down notes won't be too concerned about their ugly handwriting, which might be a problem for the HP Pro Slate 12. 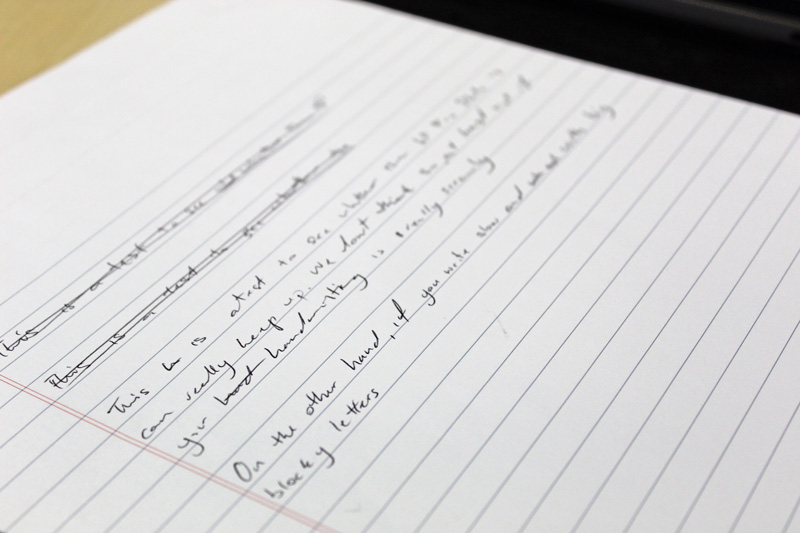 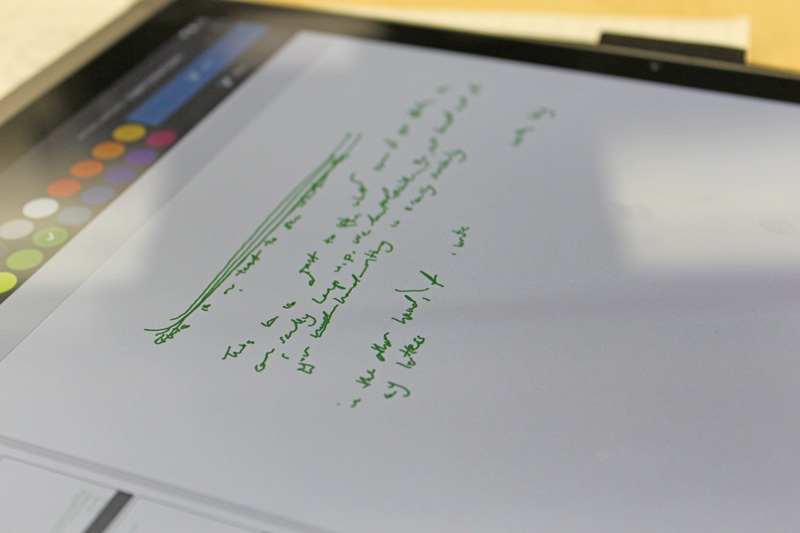 There is a certain charm to playing Android apps on a huge screen like the one on the HP Pro Slate 12. Games like Fallout Shelter are much more fun with the bigger screen because graphics and characters no longer appear tiny and you can see everything clearly at a glance. And though the display is not quite Full-HD standard, the resolution is sufficiently high and the big screen is great for watching videos. 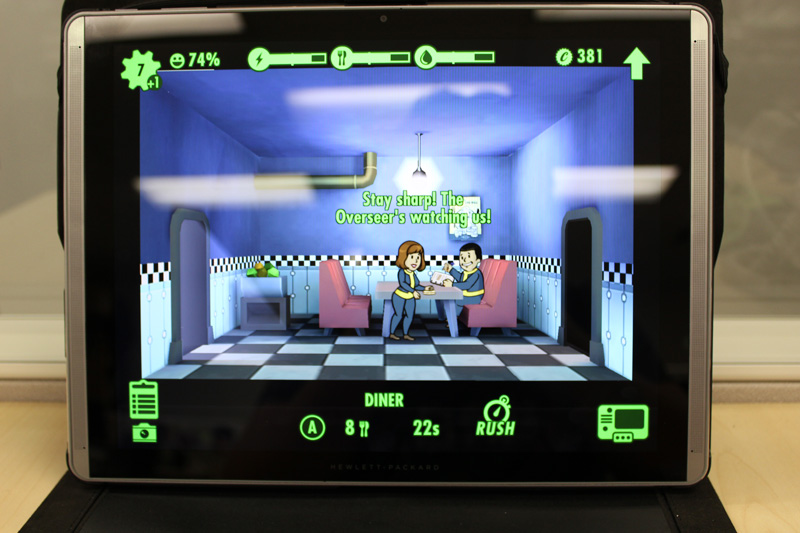 The only drawbacks are the camera and the unwieldy size. While the imaging quality could be better, we don't think serious photography is on the mind of anybody who buys the HP Pro Slate 12. Carting it around is however a definite issue though. Due to its somewhat large size, you're more likely to want to sling it in your carrier or some other bag as not everyone might want to be encumbered that way. 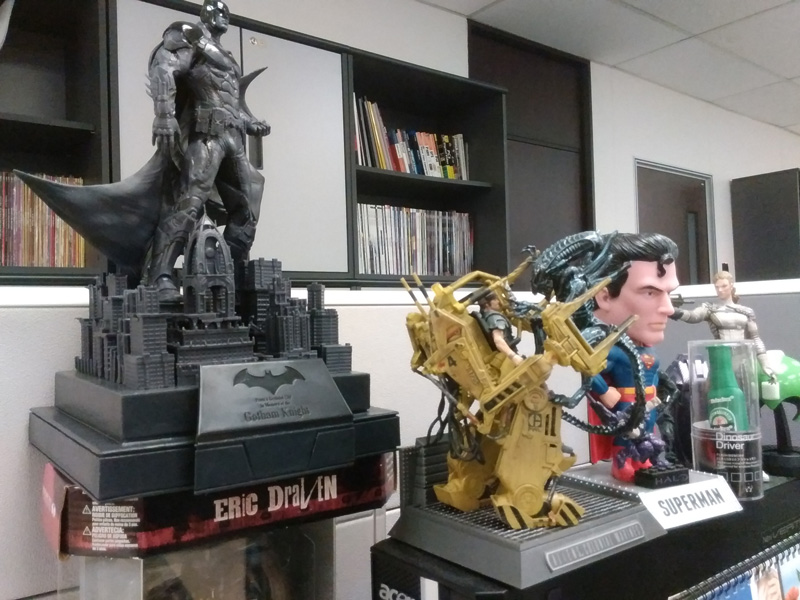 The HP Pro Slate 12 might be a bit cumbersome to handle, especially if you are coming from more typically sized 10 and 8-inch tablets, but there are numerous benefits that come with the large display that should not be overlooked. In our time with it, we found that unwieldy as it may be, the big size does help in apps; be it games, movies or work related. Composing Word documents or Excel spreadsheets in Office Mobile is much easier with the big screen, which is definite plus for professionals.

While the paper to digital note taking feature could use more tweaking, the tablet is still a decent choice for a business tablet nonetheless, especially if you're using the HP Duet Pen to scribble directly on the tablet itself since it has no issues registering hand written notes and long sentences. Also, we felt HP should have marketed this tablet with a stronger emphasis to design professionals. Drawing on the tablet feels similar to using a Wacom slate and design professionals will undoubtedly love the large screen. 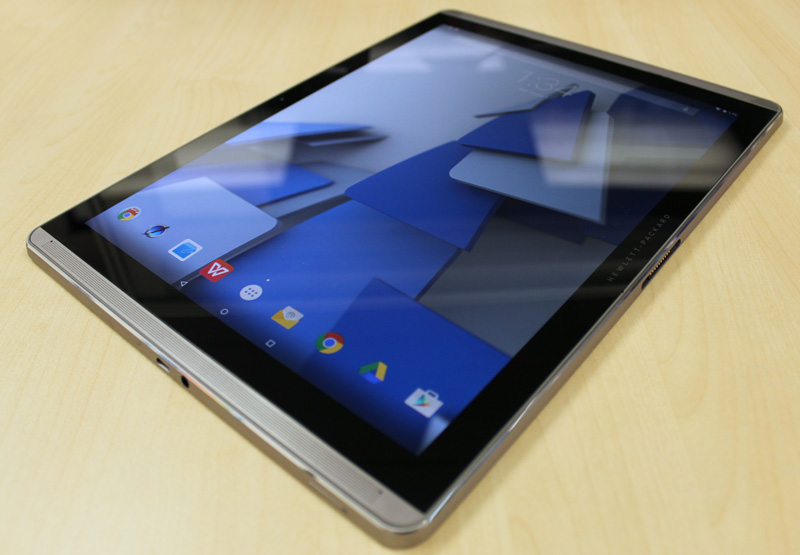 The HP Pro Slate 12 is already on sale, at S$849 and the HP Pro Slate 12 Paper Folio accessory at S$129. There'a also an LTE/4G version of the tablet, which goes for S$998.99. Apart from the LTE feature, the other hardware aspects and capabilities of the HP Pro Slate 12 remain the same. For an Android-only OS based device, the price is a bit steep and we wish it would have been priced a little more economically, but then again, it's a business-centric device that's not exactly focused at your typical consumer.

if you're looking for other options in this turf, don't forget the the tablet that brought Android to a bigger mobile screen - the Samsung Galaxy Note Pro 12.2. Other competing devices outside of the Android turf that's worth noting are the HP Pavilion X2,  Microsoft Surface Pro 3 and the handier Surface 3 counterpart.