Hands-on with the HP Spectre Folio, a stylish convertible made out of aluminum and leather

Hands-on with the HP Spectre Folio, a stylish convertible made out of aluminum and leather

Note: This article was first published on 15th December 2018. 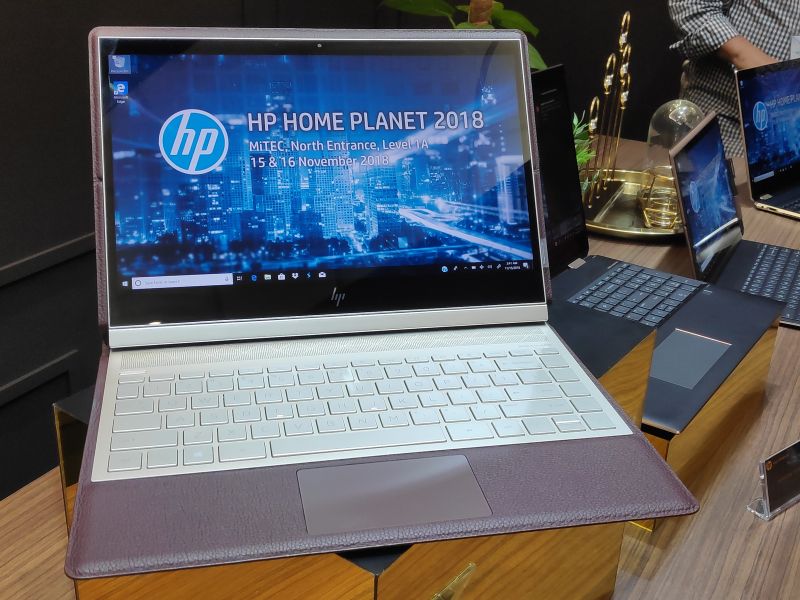 Earlier this week, HP showcased the Spectre Folio. A convertible notebook built through a unique combination of leather and aluminium / magnesium alloy.

To be fair, the Spectre Folio had actually made its debut nearly a month ago. It's a notebook that breaks the ubiquitous, all-metal design template that has become the norm for all notebook manufacturers. 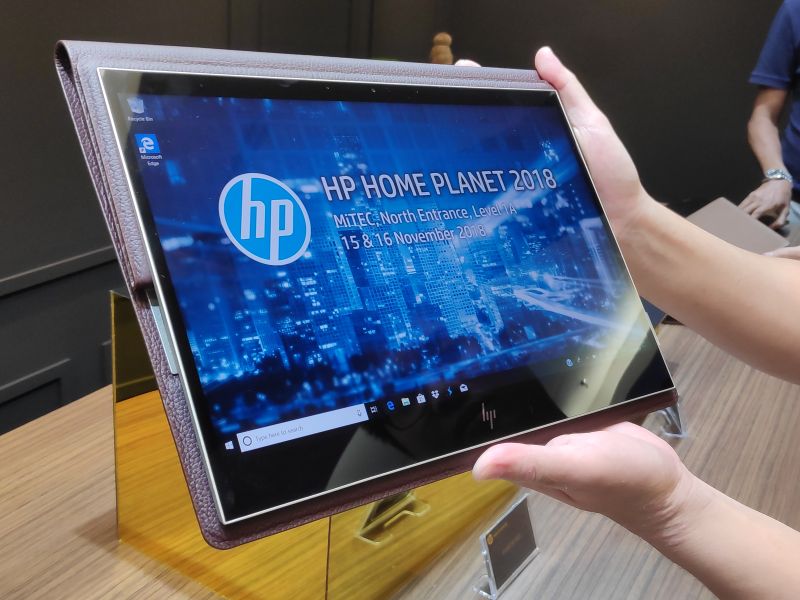 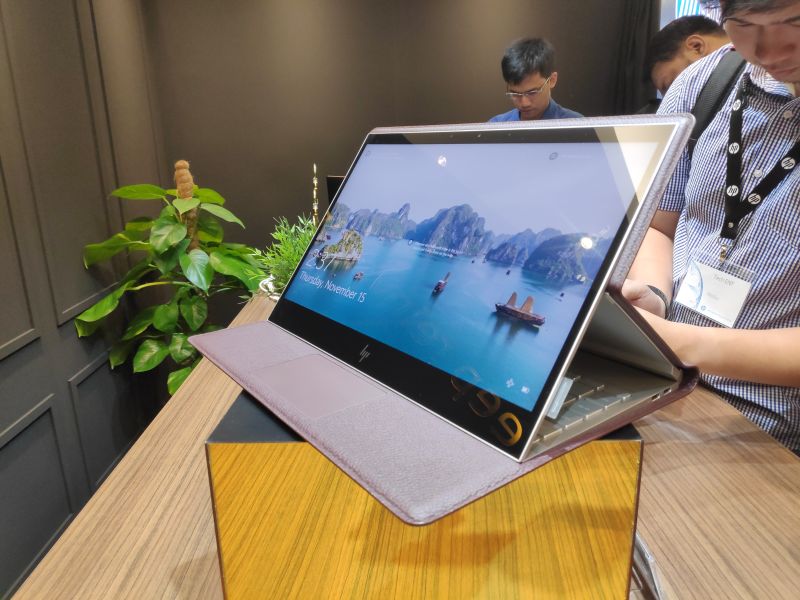 One feature of the Spectre Folio that stands out is its ability to transform from a regular notebook to a tablet. Unlike most convertible notebooks, the display of the Spectre Folio sits on a vertical stand that swivels, allowing the Folio to transform between a typical notebook mode; a tent mode in which users can bring the screen forward and over the keyboard; and a tablet mode that essentially gives users a chance to get creative. On the latter note, the Folio also comes with a HP Digital Pen, which features 4,096 levels of sensitivity. 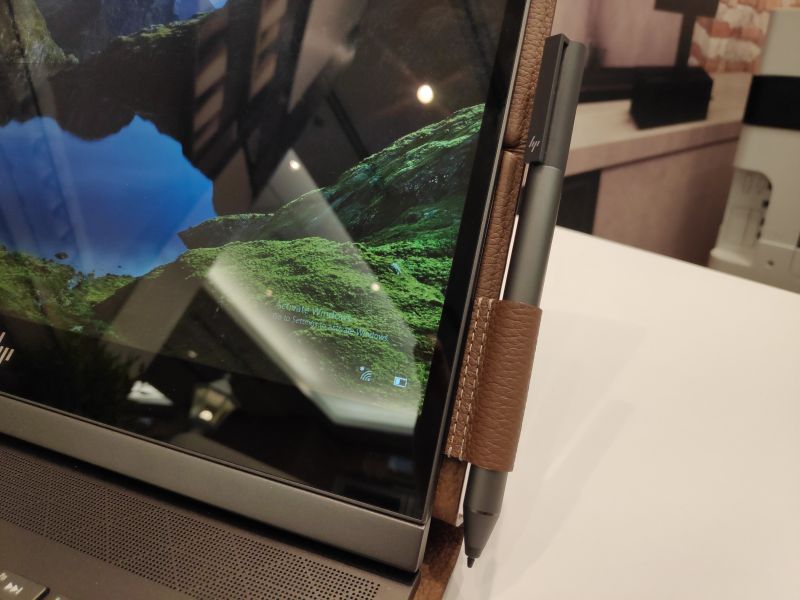 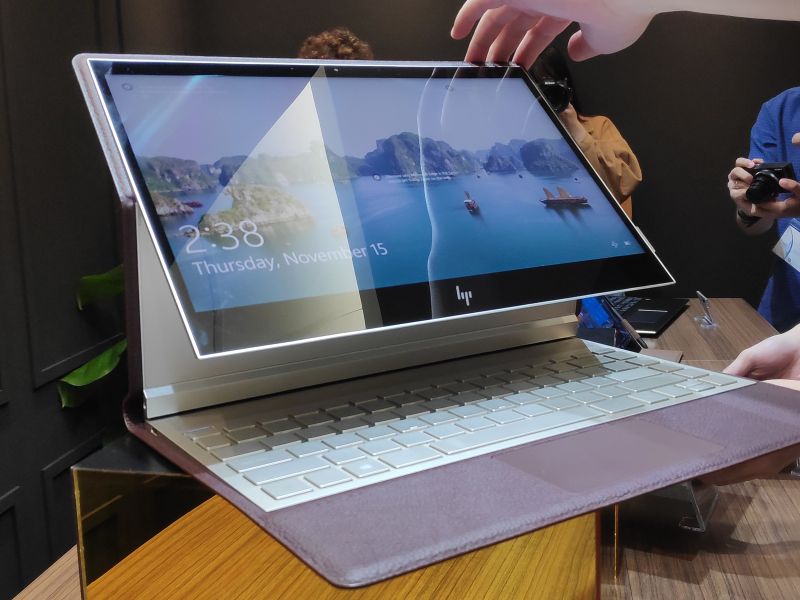 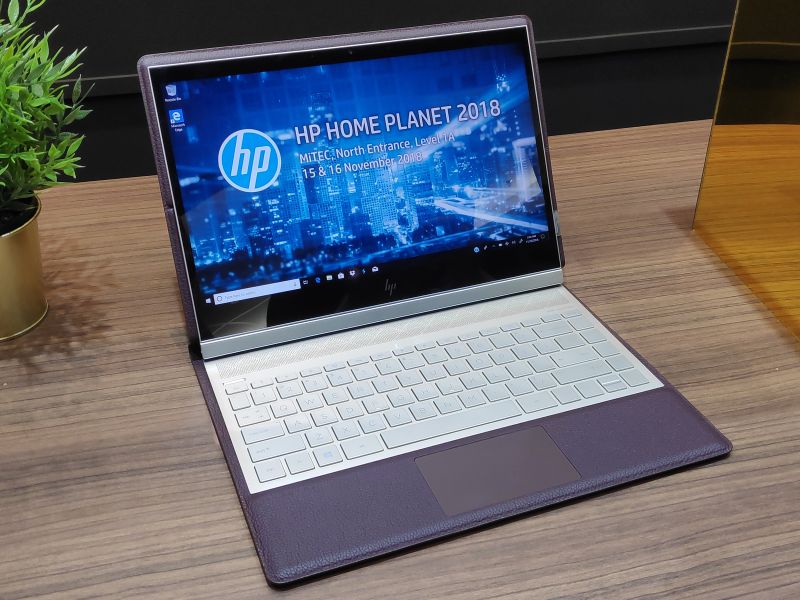 The HP Spectre Folio is available exclusively at Harvey Norman for the month of December. It will be available elsewhere beginning next year. The Core i5 model is priced at S$2,299 while the Core i7 is S$2,799.