Hands-on: The HP Elite x2 hybrid is for professionals who want the best of both worlds

Hands-on: The HP Elite x2 hybrid is for professionals who want the best of both worlds HP announced its second-generation Elite x2 1012 2-in-1 business notebook late last year, but this is the first time we’ve managed to get our hands on the product. HP was the first to release a 2-in-1 device targeted at businesses with the Elite x2, but the first iteration of the device was reminiscent of a very ordinary notebook that could just be separated into two halves.

The new Elite x2 takes a slightly different tack with the hinge design, one that actually reminds us a lot of the Microsoft Surface Pro 4. For instance, the slim tablet body now features a kickstand, and the keyboard can be magnetically elevated like Microsoft’s Type Cover keyboard to provide a more comfortable typing angle.

Compared to the rounded, less refined edges of the first-generation Elite x2 1011, the updated hybrid is a lot sleeker and is an overall more stylish device. After all, we’d like our work devices to look good as well. 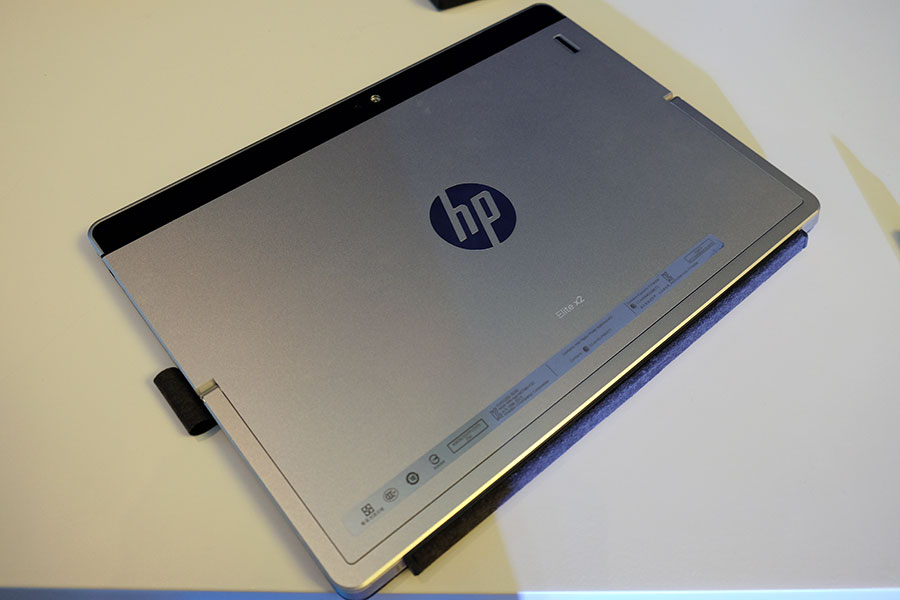 The Elite x2 1012 is crafted from CNC-milled aluminum and has been designed to be as thin and light as possible. It is just 8.05mm thick and weighs in at 820g – do note that the weight will vary with the configuration – without the keyboard attached, which makes it thinner, but slightly heavier, than the Surface Pro 4. Of course, there’s no beating the 12.9-inch iPad Pro, which weighs only 713g and is a trifling 6.9mm thick. This isn’t the world’s thinnest hybrid (unlike the just-announced Spectre that actually holds that title among laptops) or anything like that, but it is a very competitive device when it comes to sheer portability.

Of course, adding the travel keyboard will bring the weight up to 1,205g, and bulk it up to 13.45mm thick. There are actually two types of keyboards available – the aforementioned travel keyboard, and a second advanced keyboard. The latter, which is also slightly thicker, adds features like a smart card reader and NFC sensor to help businesses enable stronger log-in security. Furthermore, both keyboards can be elevated for a more comfortable typing angle. HP tells us that it has deliberately designed the keyboards to be indistinguishable from those on regular notebooks. Both are layered in a stiff aluminum base for extra rigidity and stability, and while we never really forgot that we were typing on a detachable piece, HP has shown that 2-in-1 devices don’t have to have fabric-covered keyboards with shallow key travel (HP is claiming 1.5mm of travel on the Elite x2). Finally, the tablet will work perfectly fine on its own, and the Surface-esque adjustable kickstand has a range of 150° that will allow users to push it nearly flat for on-screen typing. HP pointed out that the kickstand was hollow, a design choice that enabled it to sit flush with the tablet’s back without making it thicker. 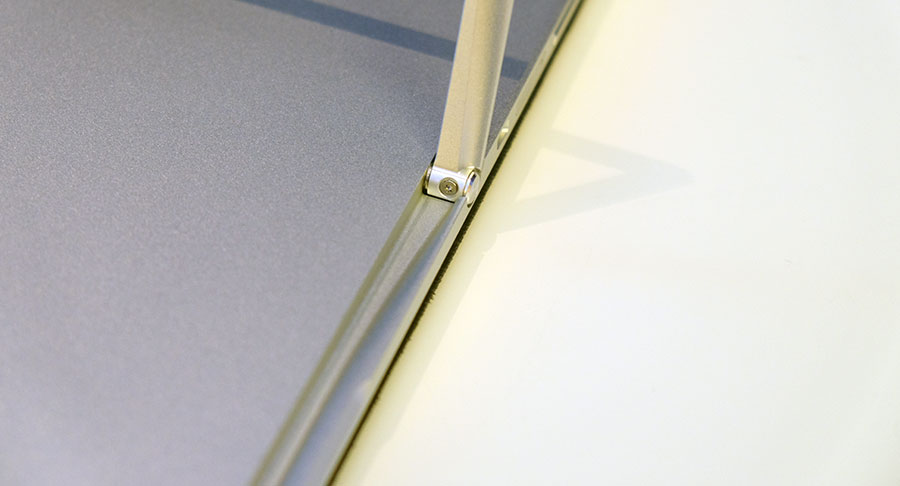 The Elite x2 can be configured with the latest Intel Core M processors, which have been tuned for optimal performance and battery life. The base model includes a dual-core Intel Core m3-6Y30 (900MHz, 4MB cache), while the highest-end model can be equipped with a speedier Intel Core m7-6Y75 vPro processor (1.2GHz, 4MB cache). In addition, it supports up to 8GB of LPDDR3 RAM and 256GB M.2 PCIe SSD. If you require even more storage, there is also an option for a 512GB M.2 SATA SSD. The combination of the low-power Core M processors and SSDs is why the Elite x2 has been able to use a fanless design, which means no moving parts and less noise.

HP also understands that business users don’t want to have to go hunting for cable adapters, so it has attempted to provide a good mix of both forward-looking and more conventional port connectivity options. As a result, the Elite x2 has both a single Thunderbolt 3 and a USB 3.0 Type-A port. 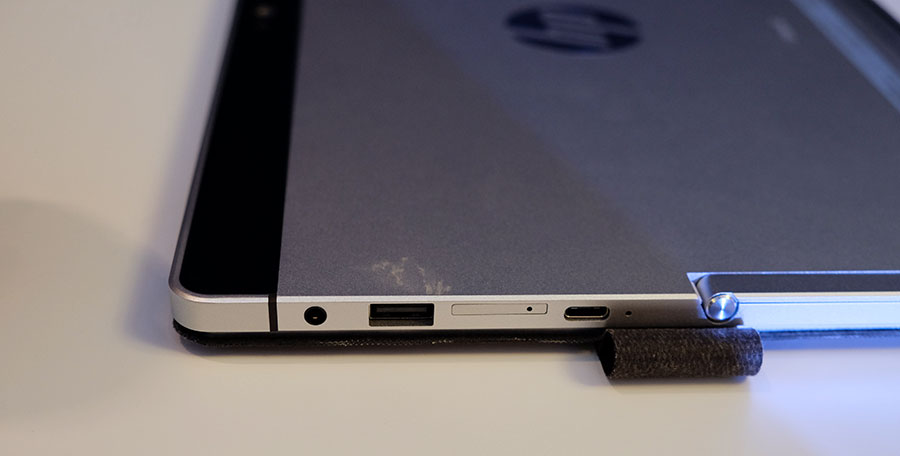 As a device designed for business professionals, the Elite x2 has dual-array noise-cancelling microphones to cut out the background noise and allow users to take calls even if conditions are not ideal.

One other interesting thing to note is that it actually lets you install a micro SIM card for 4G connectivity, courtesy of an optional, built-in Qualcomm Snapdragon X5 LTE modem. So even if you’re stuck in an airport terminal with bad Wi-Fi, you can still get connected. Finally, no 2-in-1 hybrid would be complete without a stylus, and the HP Active Pen features 2,048 levels of pressure sensitivity – the same as the Huawei Matebook's pen – and is powered by Wacom technology. The two side buttons can even be customized with specific functions, allowing you to configure the pen to suit your own usage style. 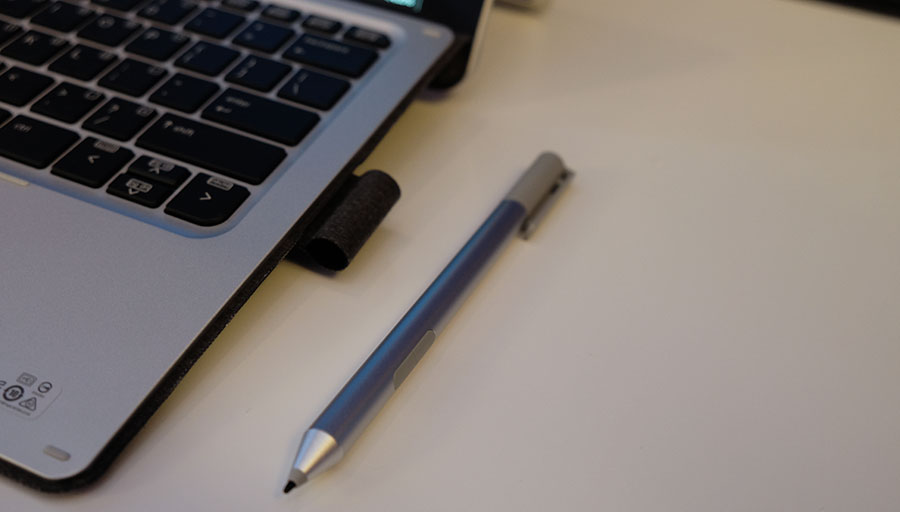 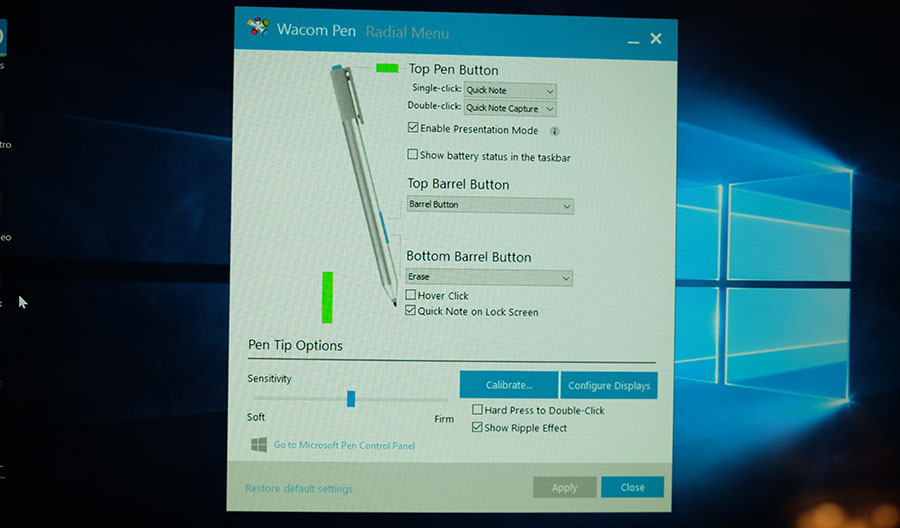 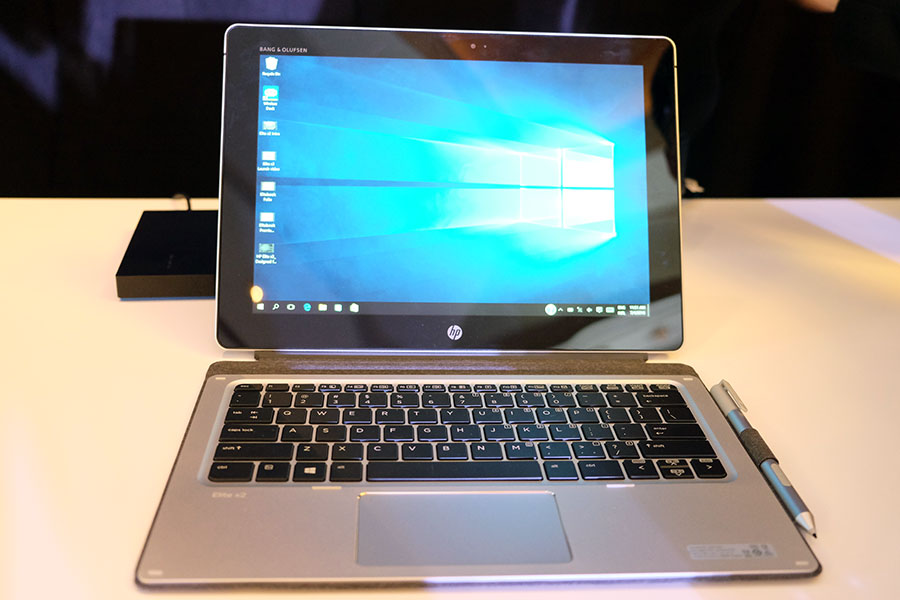 The 12-inch 1,920 x 1,280 pixel IPS display is covered by a sheet of Corning Gorilla Glass 4, and HP says its able to automatically adjust to suit different lighting conditions. This isn’t an entertainment machine, which is why HP hasn’t gone for an ultra-high resolution display that would also drain the battery even faster.

The screen has a 3:2 aspect ratio, an increasingly popular choice among hybrid devices these days because it is better suited to productivity work. It allows users to view more of a document or spreadsheet at any one time, and is good for reading as well.

HP also singled out the Elite x2’s focus on security. Because security and manageability are the top concerns among IT decision makers, the Elite x2 includes features like HP Sure Start, a feature that can automatically restore the system BIOS in the event of an attack, and an optional fingerprint reader. Furthermore, the rear cover can be removed by simply loosening the screws along the bottom, which makes it even more easy to service. Enterprises dealing with sensitive work often don’t allow employees to send their devices in for servicing because of the data stored on their machines, but technicians can now quickly open up the Elite x2 to return users their hard drive. And like its predecessor, it has passed MIL-STD testing to stand up to whatever business environment its users put it in. 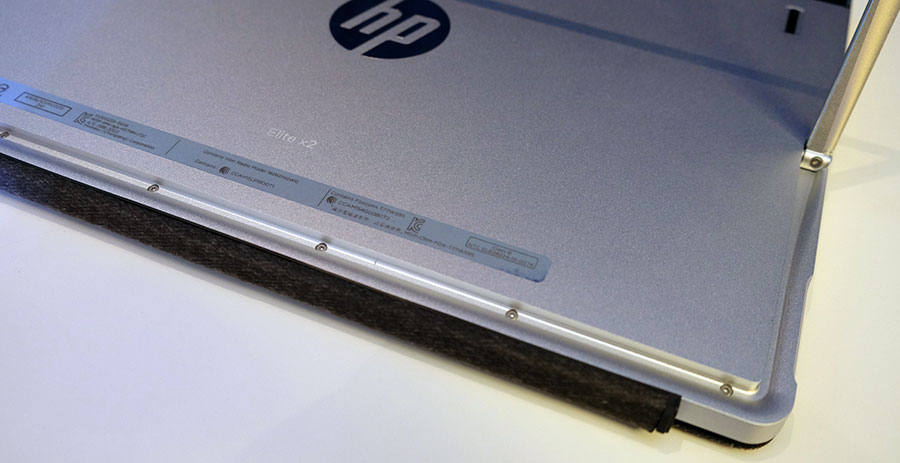