Hands-on with Google Glass in Singapore: Singlish vs. Glass & Thoughts on the Future

Hands-on with Google Glass in Singapore 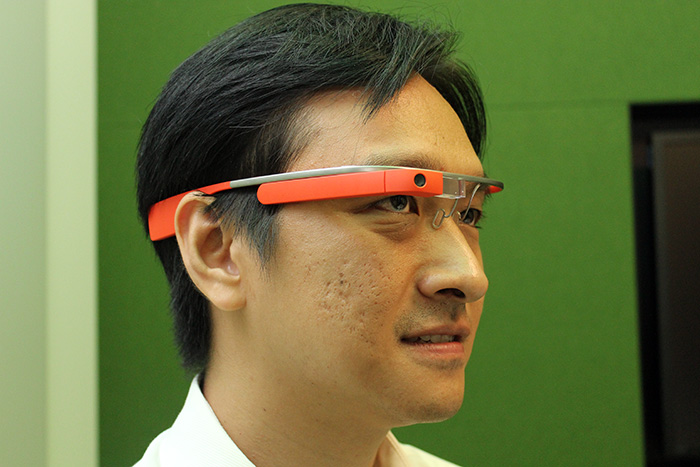 Put Google Glass on for the first time and you get a glimpse of the future.

Instead of people riding the trains with their heads down fixed on smartphone screens, a vision appears of people staring glassily into space, eyes transfixed on high-tech spectacles. Instead of being ignored by people checking their phones at the dinner table, you can now look across at your friend’s glassy eyes which are on you but not at you. Instead of people walking around looking at their phones instead of what’s ahead, you have to dodge and weave around people who have their eyes front, but looking slightly up and to their right to the screen on top of their glassy eyes.

That future is coming, and there really is nothing to stop it from crashing into our lives. 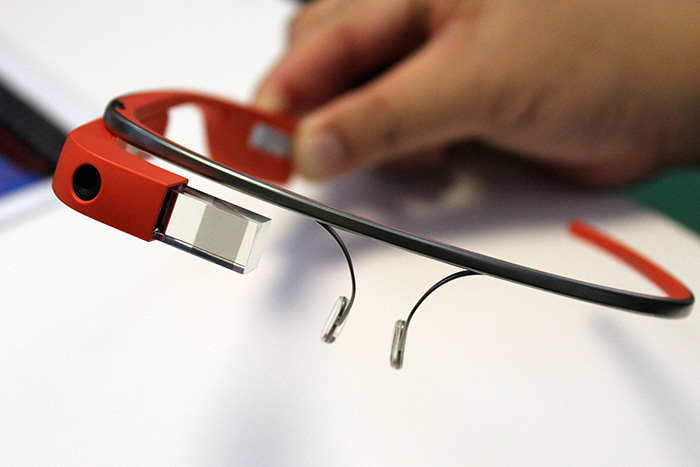 Despite my pessimism, there’s a lot of promise with Google Glass. You can hardly feel its weight as you wear the device, and a quick glance up and to the left shows you a little screen projected onto a block of glass. When connected to a smartphone, you can do some neat things just by speaking to it. I asked it for directions to the nearest Starbucks and it promptly showed me a turn-by-turn map to get my caffeine fix.

And whatever you can do with Google Search on mobile, you can do with Glass, like asking it to translate "where’s the toilet" into Japanese. Like on Google Search for mobile, we found that Glass could recognize basic commands with a Singaporean accent surprisingly well, but you still need to get your grammar right. Asking "how’s the weather today" got a correct response, asking “"today weather how" in Singlish got a search going for "3 hunna" (yeah, don’t ask us what that is).

Glass is also open for third-party apps, cleverly called ‘glassware’. We got to try the Word Lens app, which translated a menu in real-time, making the menu on the screen look like it was written in English instead of Spanish. The translation was odd, "meat of ox’s tail" didn’t sound too enticing but what promise. 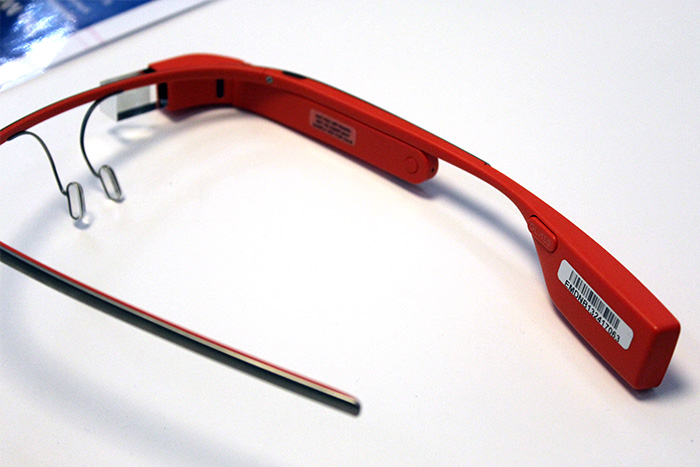 Glass can be as distraction-free as you want. Notifications can be set to chime in or not, and the display goes to sleep mode automatically. So you can have Google Now set to show you cards, or to have your phone ping you when a new message comes in...or not. Having a screen on top of your eyes also is a heck of a lot more convenient than wearing a screen Knight Rider style on your wrist. You won’t have to look down for one, and you won’t have to bring your wrist up to talk to your device.

In photos of people using Glass, it sometimes looks like a bunch of ‘glassholes’ wearing cameras strapped to their eyes pointing at each other. While you can’t miss someone wearing the prominent device on their head, the glass block doesn’t actually sit over the eye but above it. It’s subtle though, and when your friend looks back at you with your Glass on, it feels like you have three eyes on you instead of two, thanks to Glass’s built-in camera.

From our short time with Glass, it was clear that the device is well-made for a beta product, and that the product is clearly in beta. For one, it's rather limited in how you communicate with the device. You activate it by saying "okay Glass" and you’ll always have to follow up with a pre-determined command, like "do a search for" or "find me directions for", you can’t just say "okay Glass, show me a Starbucks". Also, besides handy directions, there's actually little you want to do with Glass right now that can't be better done on your smartphone, like browsing through your Twitter feed. I found myself getting kind of bored with it after a while.

I also really don’t like how the camera can shoot without some kind of indicator for other people, like a little red light. If the consumer version of Glass launches like that, I can imagine the number of creepy stalker pictures going way up on the internet.

For now at least, that future is not yet here - or more correctly, it’s limited to a few. Glass is still officially in beta, only available in the US and for select Google ‘Glass Explorers’; developers who have to sign up for the invite, get accepted and pay US$1,500 for the privilege. As to when the consumer version will be out and here, there’s no official word, but Eric Schmidt once pegged it at early 2014, and the NYT said that Google was aiming to sell it at smartphone prices. For more on Glass, check out Wired writer Mat Honan's article on his one-year wearing Glass.