Hands on with the Fujifilm GFX 50S

As you may recall, Fujifilm first announced this at Photokina 2016, and we were able to bring you a quick first look at the early pre-production model on display. They since launched a slew of videos showing the camera in use, and now are ready for release. This time round, we've managed to score some time with a final production model with working lens, hence this hands-on report.

We mentioned this previously, but the GFX 50S looks and feels no larger than a regular 35mm Fullframe camera.  Picking it up with the GF63mm F2.8 attached, the camera feels like it fits into your hands well. 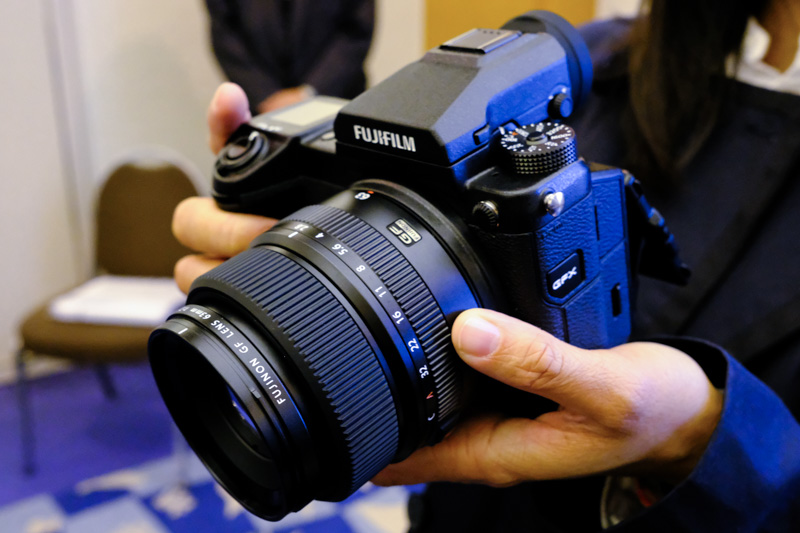 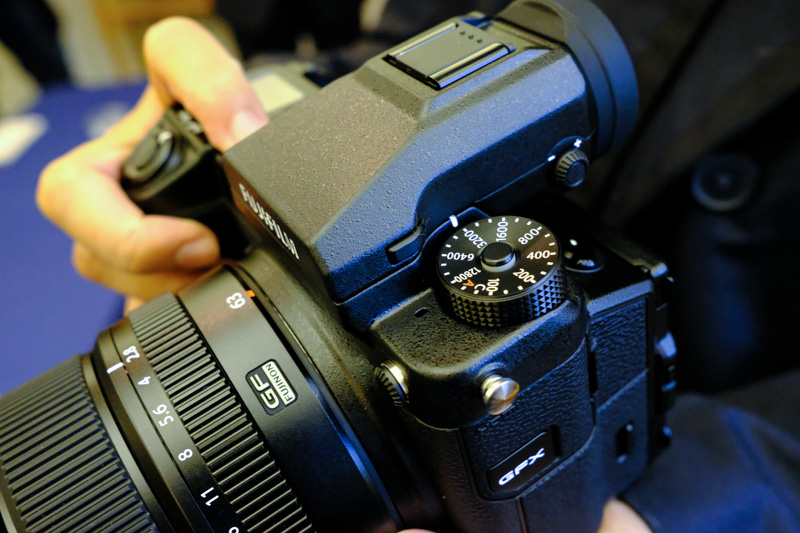 Would you believe the  combination of GFX 50S and GF63mmF2.8WR kit lensweighs just 1.23kg? The GFX 50S weighs just 825g (with battery and memory card), while going mirrorless means the lenses can correspondingly be lighter. Despite the weight (or rather lack thereof), there's still a deep handgrip that lets you get a good grip that lets you easily pick up the camera. 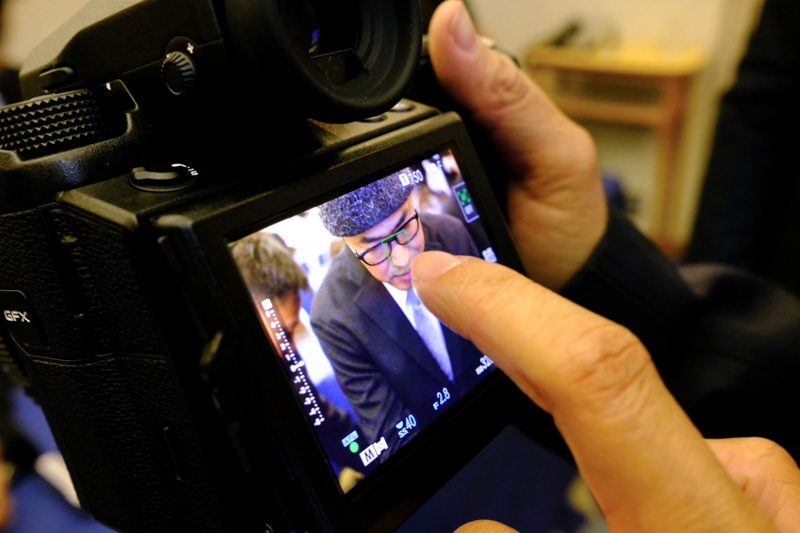 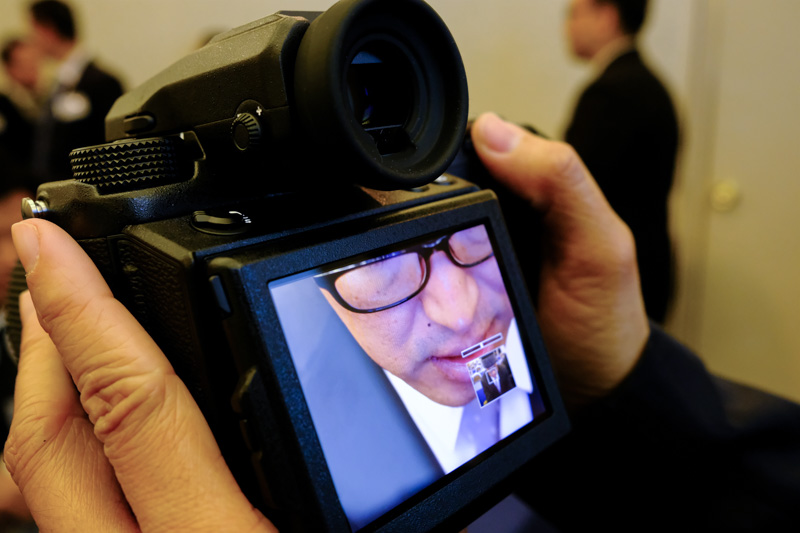 The rear LCD screen does touch, allowing you to set AF points and to bring up the histogram and the 3D electronic level during shooting. During playback you can double tap to zoom in too, and swipe to view next picture.  For faster focus point selection, the focus lever again makes an appearance, and this is as well placed and responsive as it is on the X-T2 and the X-Pro2.

That's definitely a good alternative because the GFX 50S has a total of 425 selectable AF points, with three different types of focusing modes - just like on the X-T2 and the X-Pro2. (Single point AF, Zone AF - in 3x3, 5x5, 7x7 sized groupings and Wide AF) 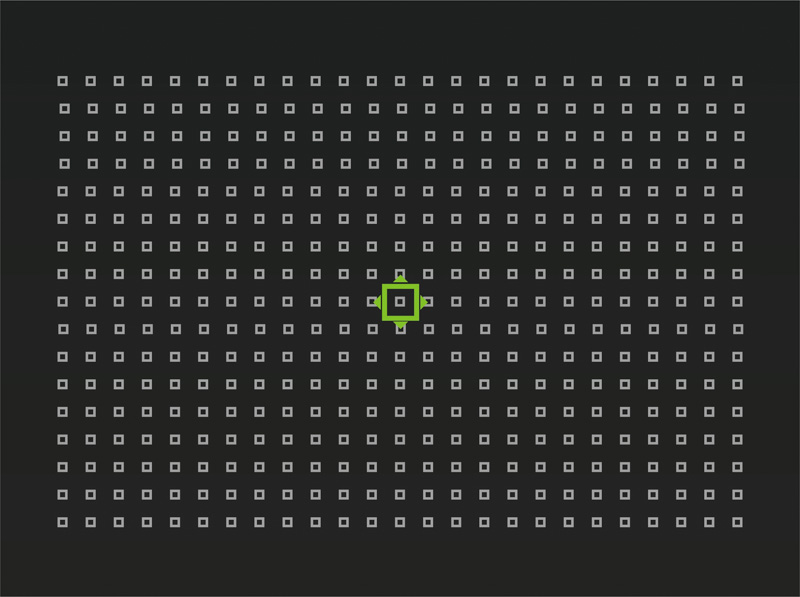 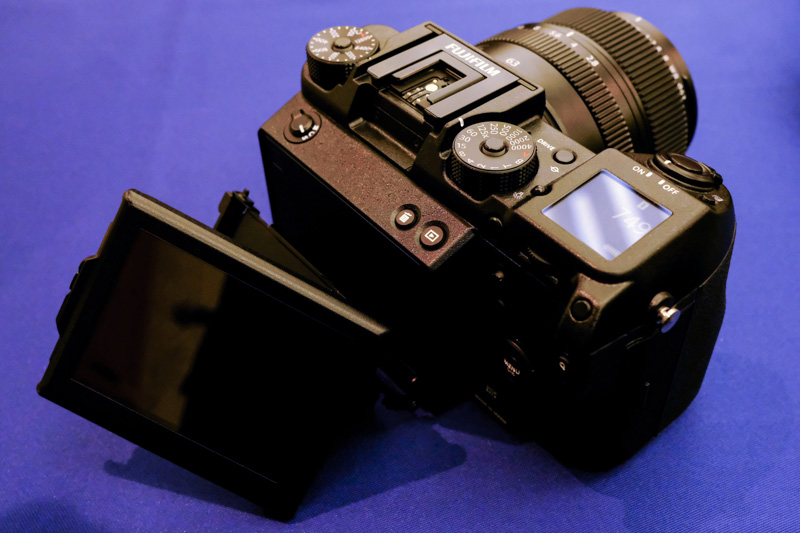 Focusing is fast and accurate, more like a typical 35mm Fullframe camera than a typical medium format digital camera. And we like that the shutter sound is nicely dampened. The GFX 50S supports shutter speeds up to 1/4000s with mechanical shutter. However, there is also the option of using the electronic shutter if you want totally silent shooting at up to 1/16000s. Like the X-T2, the rear LCD of the GFX 50S does three-way tilt, so you can tilt the screen for easier viewing when shooting in portrait mode at odd angles. 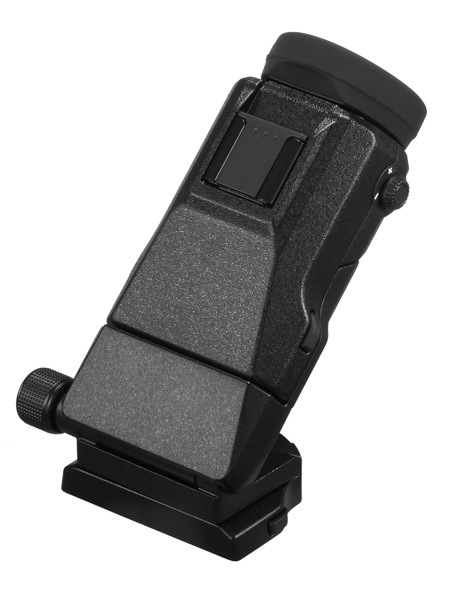 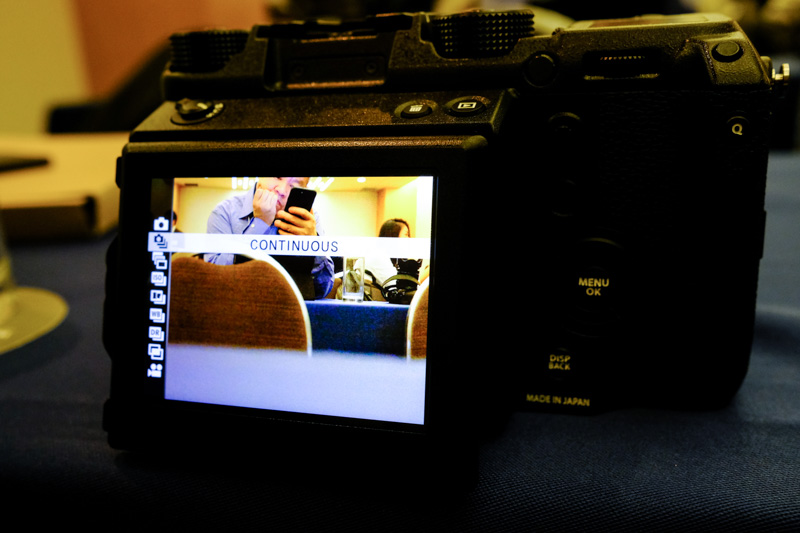 Speaking of odd angles, the optional EVF tilting adapter EVF-TL1 is definitely recommended if you're looking for the waist-level shooting experience from 6X6, 6x4.5 and 6x7 style Medium format cameras. This basically allows you to tilt the EVF vertically five steps to a max of 90o and horizontally 45o in either direction.

This is a hotshoe attachment that itself has another hotshoe on top, so you don't lose the use of hotshoe. While the EVF seemed to be bright and clear, we felt the refresh rate was slower than the X-T2, especially when testing out the continuous shooting. Three frames per second isn't much in today's terms, but it was enough to induce a slight lag. Given it seems to more for bracketing purposes though, the lag shouldn't be an issue. 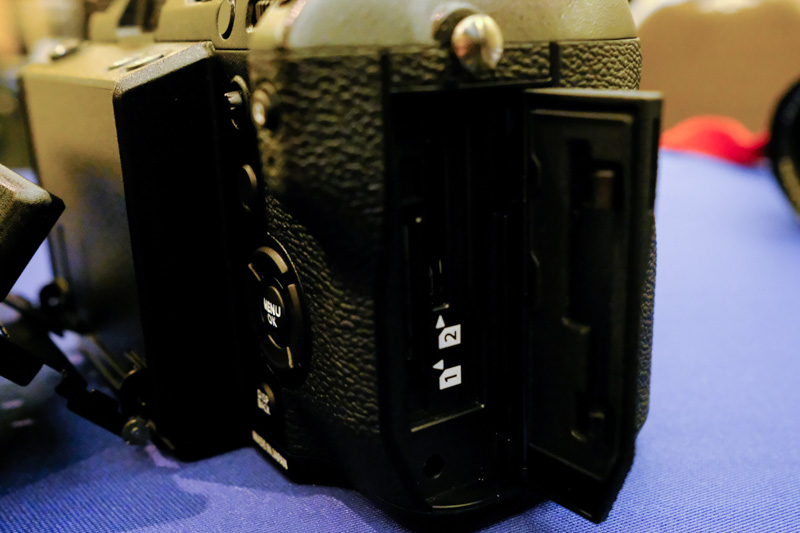 The GFX 50S takes two UHS-II SD cards, which you can set up to do overflow or backup recording, just as with the X-T2. You can also set one card to stills and one card to video. (The GFX 50S will do up to 1080/30p video recording.)

We were quite impressed that Fujifilm announced that an adapter for view cameras will also be released in the future, allowing you to use the camera as a digital back with large format cameras. 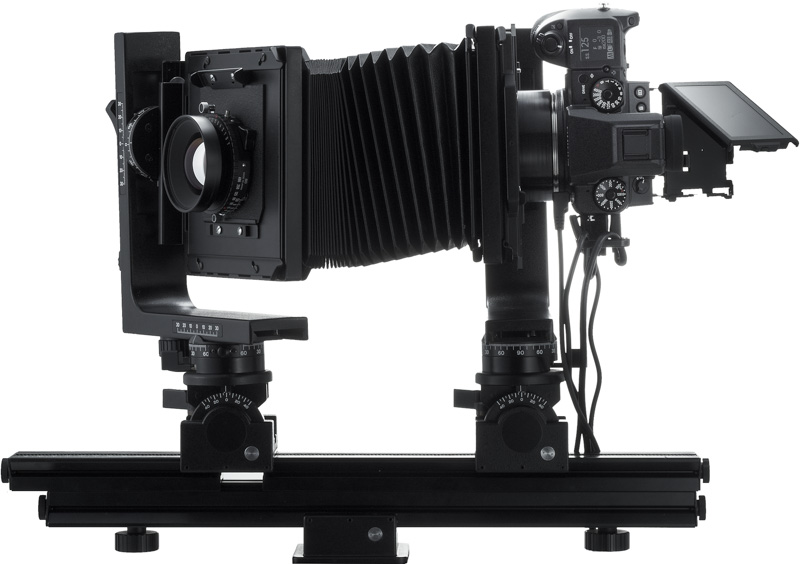 Also available in the future, is the H mount adapter G, which will allow you to use SUPER EBC FUJINON HC interchangeable lenses with the camera. These lenses were originally developed for the now-discontinued Fujifilm GX645AF system, and bring leaf shutter compatibility to the GFX system, allowing you flash sync speeds of up to 1/800s. 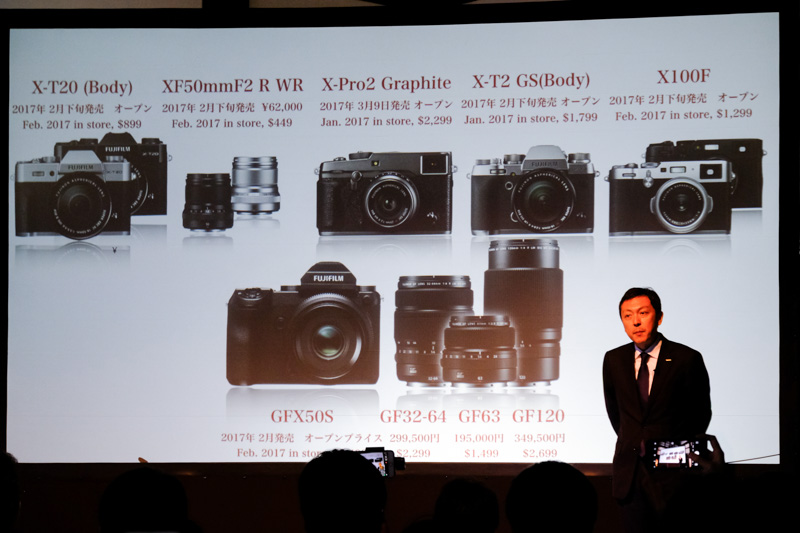