Hands-on with the Dell XPS 13 2-in-1 convertible notebook (Updated with local pricing!)

Note: This article was first published on 7th Jan 2017 and later updated on 15th Mar 2017 to include local availability and pricing. 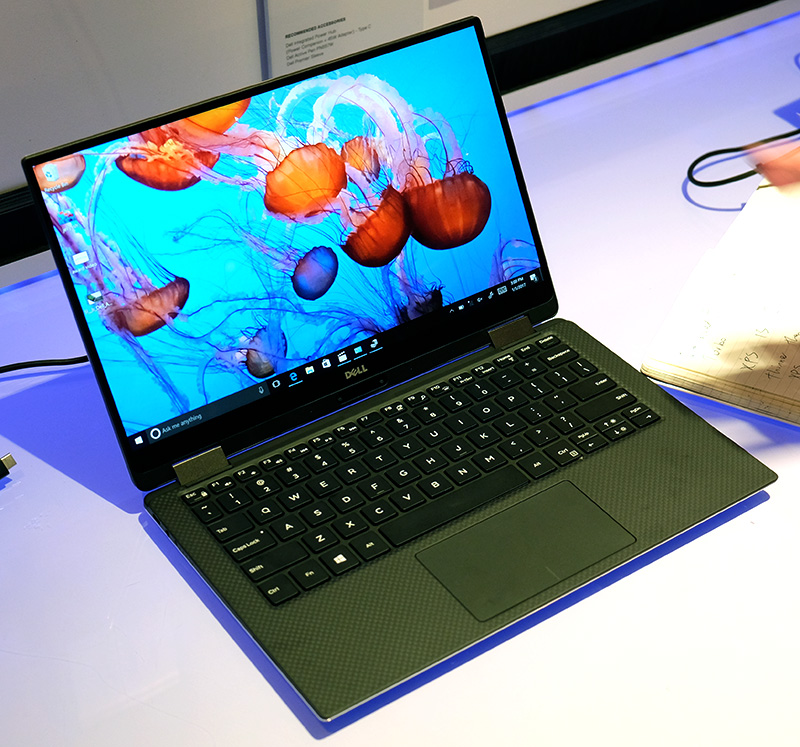 Dell’s XPS 13 notebook is easily one of the best 13-inch notebooks available now. It has a wonderful display, it is supremely compact and portable, and it offered decent performance and battery life. There is really very little not to like about the XPS 13.

However, the XPS 13 is a traditional notebook, and for the longest time, Dell didn’t have a premium hybrid notebook that could compete with the likes of Lenovo’s Yoga 910 and HP’s Spectre x360. That all changes today because Dell has finally released a convertible version of the XPS 13. It’s a markedly different device so let’s take a closer look at here now. 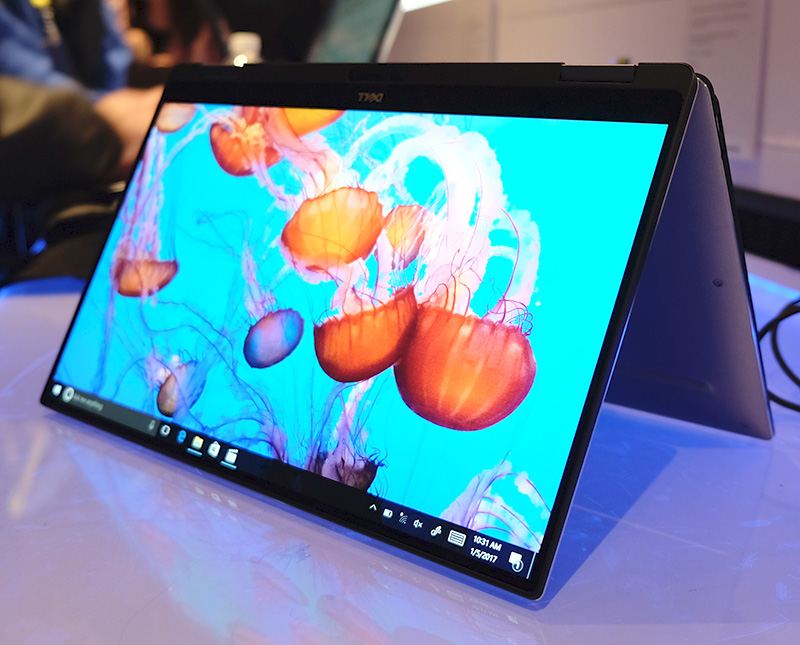 From across the room, you would be hard pressed to tell the difference between the new XPS 13 2-in-1 and the regular XPS 13 notebook. In terms of design, the XPS 13 2-in-1 sticks closely to the winning formula of the XPS 13, which means it’s incredibly compact and sleek.

The key difference lies in the hinge, which allows the XPS 13 2-in-1’s display to be folded flat against its back and turn itself into a tablet. Admittedly, convertible notebooks aren’t quite as handy as tablets as compared to detachable notebooks like the Surface Pro 4, but at least you don’t have to mess and worry about that detachable keyboard. 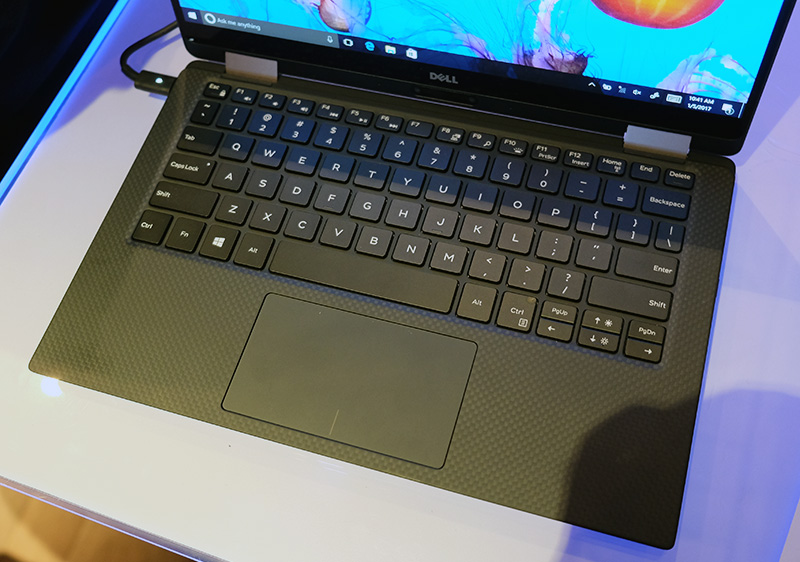 Perhaps what is most amazing is that the XPS 13 2-in-1 is even lighter and than the regular XPS 13. It weighs just 1.2kg and is just 13.7mm thick at its thickest point. This compares favorably to the XPS 13’s comparable measurements of 1.29kg and 15mm. 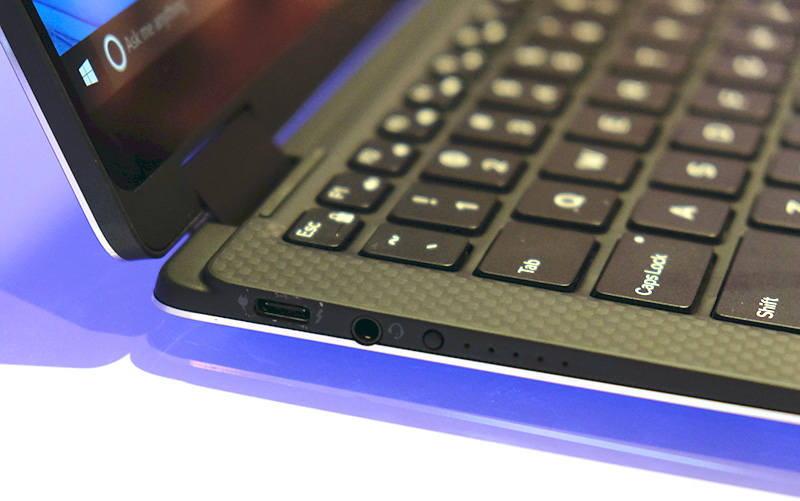 In addition, the XPS 13 2-in-1 also gets Dynamic Power Technology, which ramps up the clock speeds for the times when you need extra juice. Thanks to this, Dell claims that the new XPS 13 2-in-1 will offer comparable or more performance than the first generation XPS 13 that was launched in 2015. Finally, the XPS 13 2-in-1 can be configured with up to 16GB of RAM and up to 1TB of SSD storage, and battery life is rated at 15 hours. 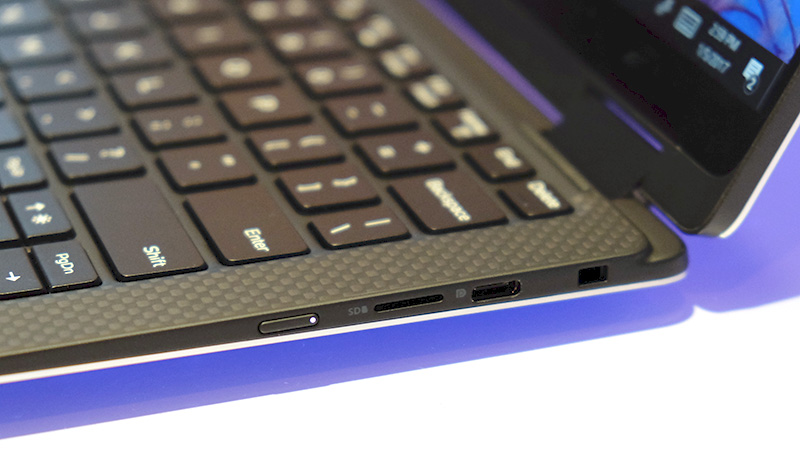 In terms of ports, the XPS 13 2-in-1 loses full-sized USB ports and instead gets two USB Type-C ports, both of which supports Thunderbolt 3. There’s also a micro-SD card reader and a standard 3.5mm audio jack.

Based on our first impressions, the XPS 13 2-in-1 is an incredibly polished convertible notebook. The display is great and it retains all of the things that we love about the XPS 13.  Most all, it’s notably more compact than its rivals in this segment, which also means it feels handier and more tablet-like than say the Lenovo Yoga 910 and HP Spectre x360. 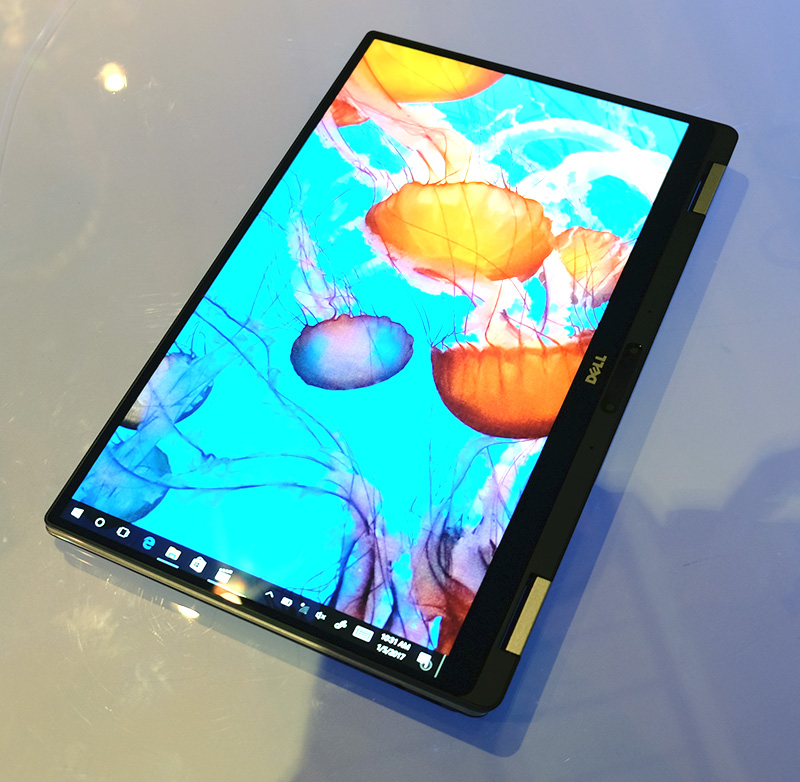 The Dell XPS 13 2-in-1 is available stateside now with prices beginning at US$999. We are awaiting local availability and pricing details and will update this hands-on accordingly when we receive them.