Rugged and Ready for Anything

Announced in April, Dell has finally launched two new products under its Rugged Solutions umbrella in the local market - the 11.6-inch Latitude 12 Rugged Extreme and the 14-inch Latitude 14 Rugged Extreme. These are tough machines that, according to Dell, have gone through 28 different third-party military grade tests and able to withstand the harshest conditions, such as extreme temperatures, sustained vibration and drops up to 6 feet (1.82m). 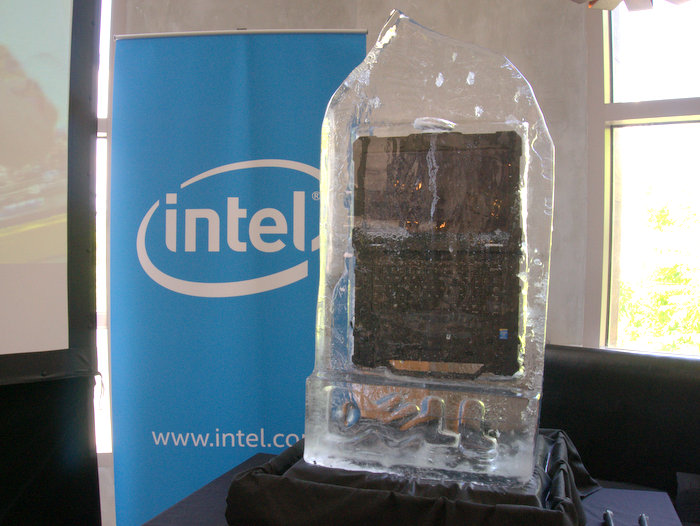 These are built to take anything you throw at them, literally. The matte black finish and rugged lines resemble more of a traditional toolbox than a multi-tasking productivity machine. And indeed, it consists of various materials to live up to its 'Rugged' name, such as heat insulating carbon fibers, impact-resistant ultra-polymers and sturdy magnesium alloy that in the words of Dell, "allows flexibility without sacrificing structural integrity".

Their dimensions echo their claim to durability; the smaller 12-inch version is 39mm thick and weighs in at 2.72kg with a 4-cell battery, while its heavier 14-inch counterpart is 52mm thick and weighs a hefty 3.54kg with a 6-cell battery. These two heavyweights are designed for very specific industries in mind, such as police officers, the air force and car racing teams. Notably, the 12-inch form factor reminds us of the Dell XPS 12 with its swivel hinges on the display, like a tough and muscular bigger brother. It adopts the same strategy and advantage of having the keyboard covered in tablet mode. For a device like the Rugged Extreme, this is an excellent design decision as it enhances both durability and user experience, with hands resting on a more even surface (compared to the keyboard such as in notebooks that employ a fully folding design) when held as a tablet. 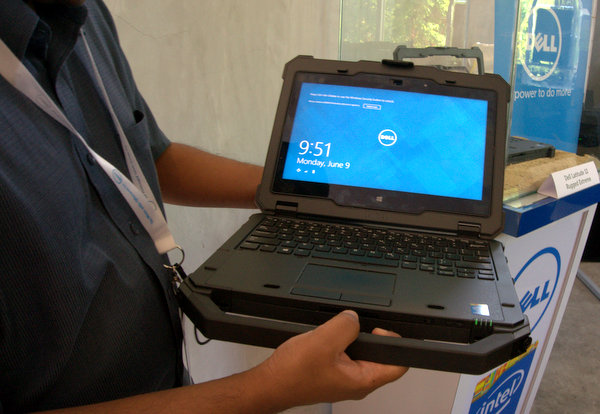 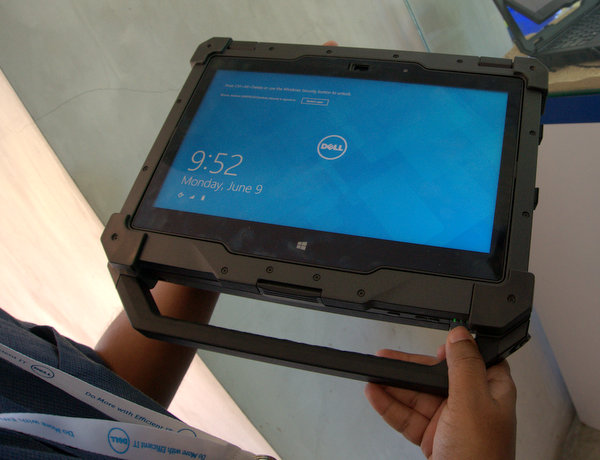 The display is what Dell calls a "Direct-View outdoor-readable" display, and both models sport a standard resolution of 1366 x 768 pixels. Given the purpose of these notebooks and where they might be deployed, there's not much of a need for high resolution screens. Instead, there was more emphasis for the screen to be viewable in harsh sunlight, through a combination of sufficient backlighting and reduction of glare and reflectivity. On top of this, the touch screen on both versions support up to 10-finger multi-touch even through gloves.

To protect the machine from water and dust, the Rugged Extreme features sealed doors and compression gaskets. We witnessed a live demo by Dell executive director Andrew Moore, who poured sand and water liberally on his own Latitude 12 Rugged Extreme. Despite the foreign particles, the keyboard and screen were still responsive and usable. According to him, it's a notebook that he uses everyday and has gone through about 30 similar demonstrations before today - a testament to the machine's durability that he's willing to use his own device for these demos. Take note that while the notebook is water resistant and can be hosed down from any angle, it is not waterproof that it can operate submerged under water - that's not the use case for this notebook and as such, it's not designed to handle such situations. Mr Moore noted that a waterproof tablet is more apt for such duties; however he couldn't comment if Dell has such a product is in research. 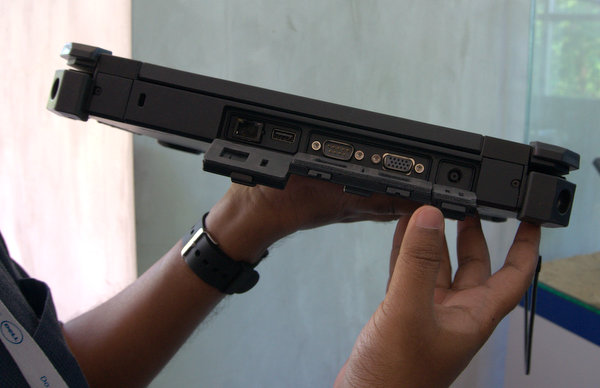 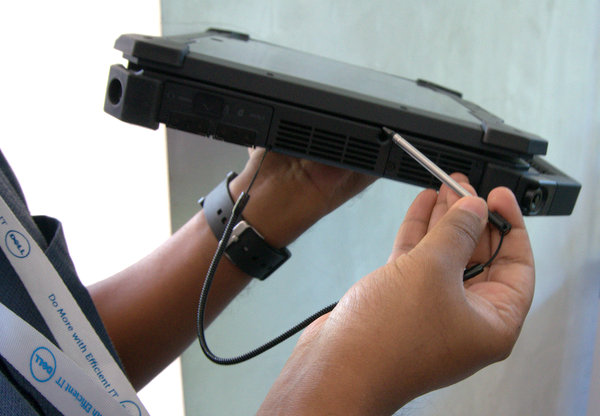 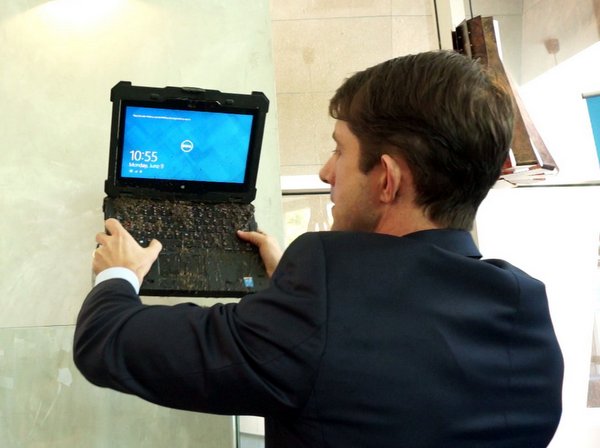 The Rugged Extreme notebooks are definitely hardy computers, and you can configure them to decent specifications too -- storage up to 512GB SSD, RAM up to 16GB and fourth-generation Intel Core processors (up to Core i7 dual-core models). You can even choose to have NVIDIA GeForce GT 720M discrete graphics for the 14-inch variant.

Battery life sounds reasonable, with the 12-inch claiming up to 8.5 hours and the 14-inch model claiming up to 14 hours usage on a single charge. According to Dell, these machines are intended to be carried around as-is, without having to lug the battery charger around. You can opt for the proprietary handle or shoulder strap to complete its rugged briefcase look. 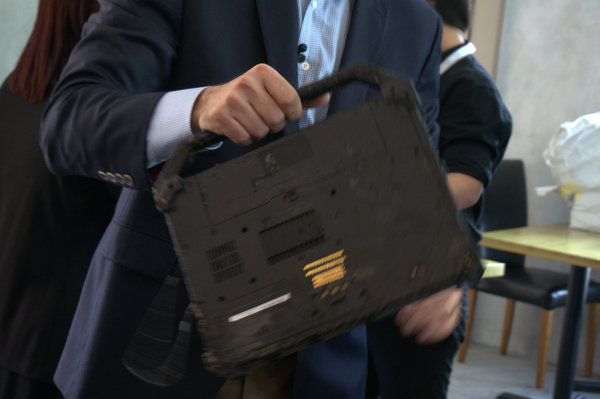