Hands-on with the Dell Inspiron 24 7000: An AIO that can recognize your face

Hands-on with the Dell Inspiron 24 7000: An AIO that can recognize your face 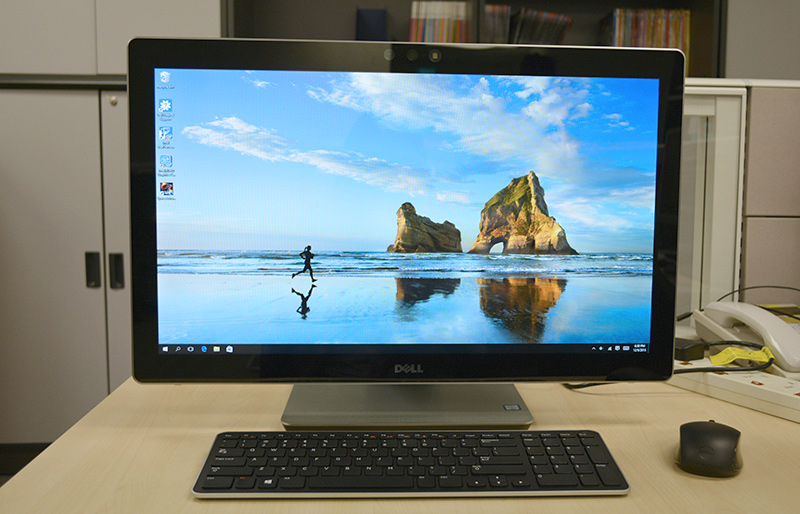 When it comes to pre-built systems, all-in-one (AIO) PCs are sort of in a class of their own. Compared to boutique tower PCs, AIOs are for those who want even less of a hassle when setting up their system. Forget about dealing with the cables for both PC and monitor. With an AIO, you just need to worry about plugging in the screen.

A cursory look at the new Dell Inspiron 7000 AIO shows that it has this preoccupation with ease of use and unobtrusiveness in mind. The 23.8-inch machine is Dell’s thinnest AIO yet at just 27mm thick. The design is business-like yet elegant, which means it will fit in pretty much anywhere.

You also have everything you need right out of the box as the system comes bundled with a Dell wireless keyboard and mouse combo. It interfaces with the system via a tiny wireless USB dongle that is not unlike the Logitech Unifying receiver. 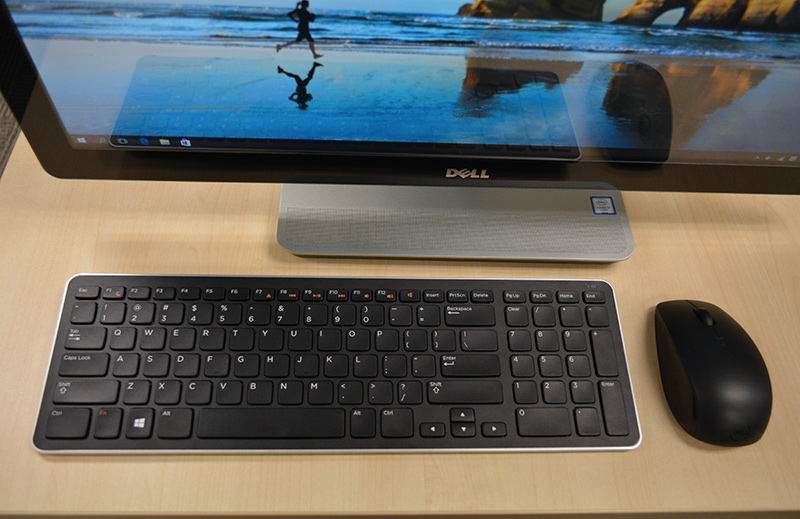 The 23.8-inch IPS touchscreen display has a resolution of 1,920 x 1,080 pixels – certainly adequate, but not quite as crisp and sharp as could be. The screen itself is also extremely glossy, which makes for more vibrant colors but also results in some issues with reflection (is this a screen or a mirror?). One way to deal with this is to increase the display brightness, and we ended up setting it at maximum most of the time.

While the Inspiron 7000 isn’t intended to be a performance gaming machine, we ran a couple of games on it anyway to get an idea of what it was capable of. In an aging game like Far Cry 2, the Dell machine managed an average of 74.28fps on Medium settings, and 39.15fps on High settings. That’s more than playable, but on something a bit more demanding like Tomb Raider, performance fell to a 35.1fps average on Normal settings, and a barely playable 19.7fps on High.

The way it looks, you’ll have some luck running old titles on Dell’s AIO, but new titles are mostly out of its reach. This is mainly a home entertainment and multimedia machine.

On the storage front, it packs a hybrid drive, comprising a 1TB 5,400RPM mechanical hard drive and 32GB mSATA SSD. What the hybrid drive does is allow you to enjoy some semblance of the performance of a full-fledged SSD by caching frequently used data so you can access it faster.

Power and On-Screen Display (OSD) navigation keys are located along the right edge of the display, and you can use the OSD keys to quickly adjust the brightness on-the-fly. 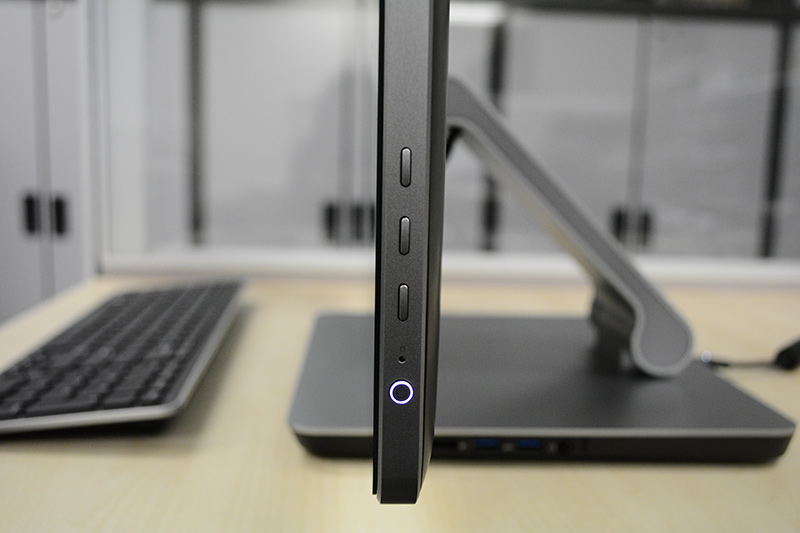 All the connectivity ports are located around the system’s base, which also houses the speaker array. Along the right edge is an SD card reader, two USB 3.0 ports, and a 3.5mm headphone jack. A further two USB 3.0 ports are found on the left edge. 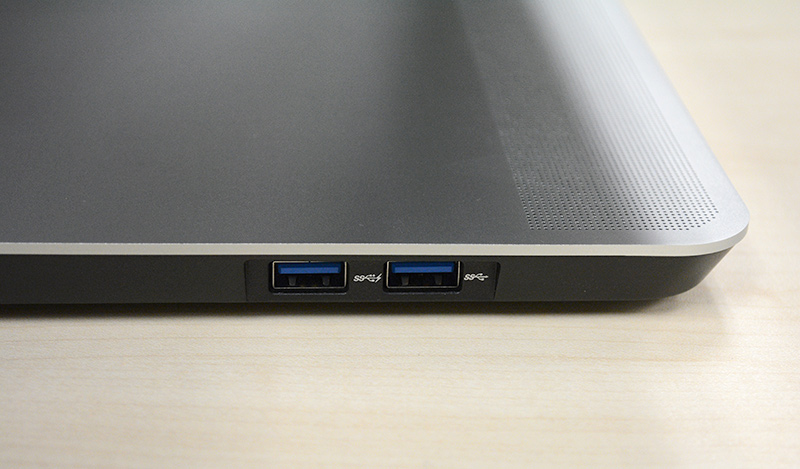 More ports are found at the back, like the Audio Out port, Ethernet port, two USB 2.0 ports, and HDMI out and in ports. The HDMI in port also means that you can hook up another input source, for instance your PlayStation 4, to use the AIO as a display instead. The power connector is a located here as well. Shown below is also the tiny wireless dongle for the keyboard and mouse. You can insert the wireless dongle into one of the USB 2.0 ports while using the faster USB 3.0 ports for data transfers. One of the key design elements of the Inspiron 7000 is its articulating stand, which can be adjusted to allow the monitor to lie completely flat. This enables you to interact with the system in a variety of ways – for instance, you may want to set the display flat to allow more people to gather round and interact with it. 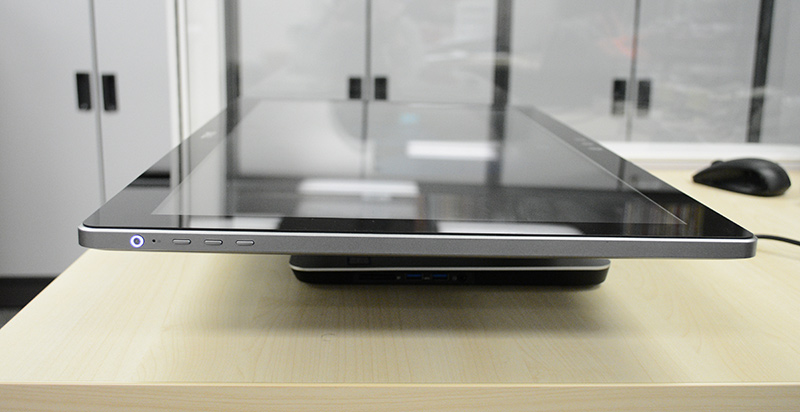 The other standout feature on the machine is the Intel RealSense 3D F200 front camera (this somewhat accounts for the thick bezel), which is able to detect and identify a user’s head and hands in three dimensions. The three-camera array comprises a depth camera, RGB color camera, and infrared laser projector to detect faces and hand gestures. The color camera also doubles as a standard webcam, and is capable of capturing video at up to 1080p and 30fps. On the other hand, the lower resolution depth camera works in conjunction with the IR laser projector to determine object depth and location. What does this all mean for you? Well, basically that you get admirable performance with Windows Hello, Microsoft’s biometric sign-in solution in Windows 10. Setting up the computer to log you in via facial recognition was almost laughably simple – you just had to make sure your face was centered while it performed the necessary scans. Windows 10 also has the option for you to improve the camera’s ability to recognize you in different situations – with and without glasses, or in different lighting conditions, for example.

In practice, this works exceedingly well. At the log in screen, the camera detected and recognized us in a heartbeat, sending us straight to the desktop with no hiccups. You don’t even have to be sitting that close for it to work – just a comfortable distance away will do. Of course, you do have to be looking straight at the camera for it to work properly.

The RealSense camera also enables you to take advantage of apps like 3DMe, which scans your face and slaps it onto a variety of 3D models. These avatars can take the form of super heroes, sports stars, and even movie characters. And if you’re feeling really narcissistic, you can even order a 3D-printed model of yourself to show off. 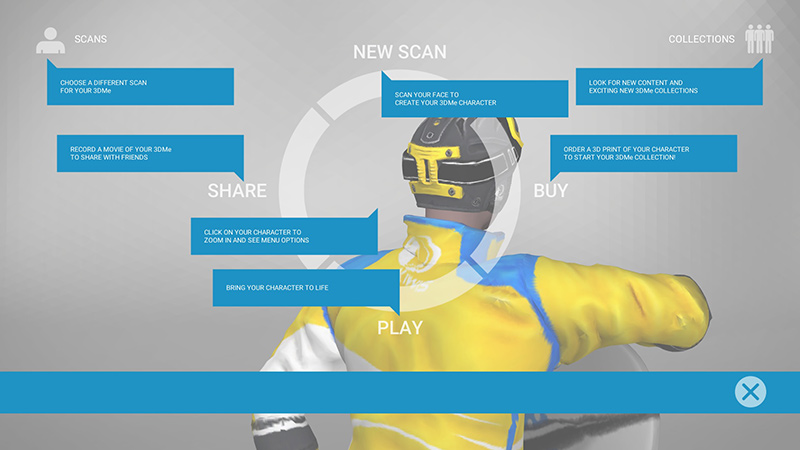 There are also games like Space Astro Blaster that let you abandon traditional keyboard and mouse navigation and maneuver using just your hands and head. It can detect the basic positioning of your hand to move your spaceship in 3D space – up, down, left, right, forward and back – and also detect hand signs like a V-sign to launch a missile, or scrunched-up fingers to fire a cannon. However, we found that for this game at least, the entire experience felt more like a novelty rather than something that we would spend long hours with. Hand gesture detection works decently but is not entirely perfect, and the RealSense 3D camera might be more useful for facial recognition and scanning applications instead. 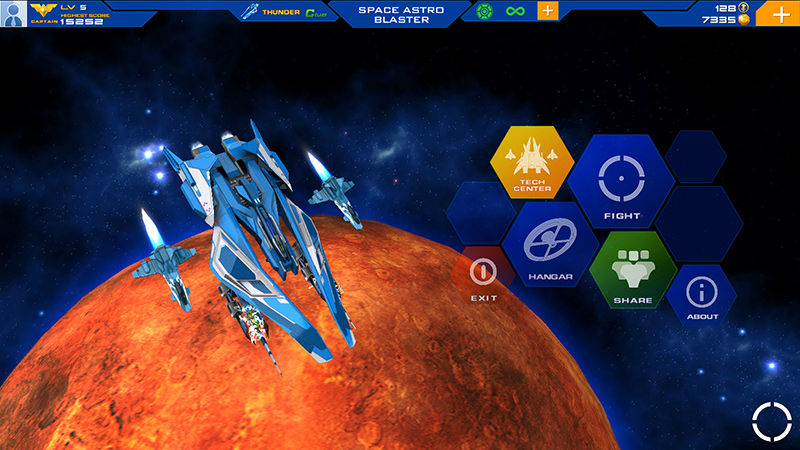 Nevertheless, a lot of the utility of the RealSense camera depends on developer support. As of now, there still isn’t that wide a selection of apps (you'll also have to pay for some of the presumably better ones) to make the camera a really compelling choice in and of itself, so it still falls under the huge category of things that are nice to have, but which you don’t really need.

The Dell Inspiron 7000 AIO is already available at S$2,049. For that price, you’re really paying for its design, the convenience of an AIO system, and the RealSense 3D camera.