Note: This article was first published on 13th January 2017 and updated on 31st January with details on headphones support. 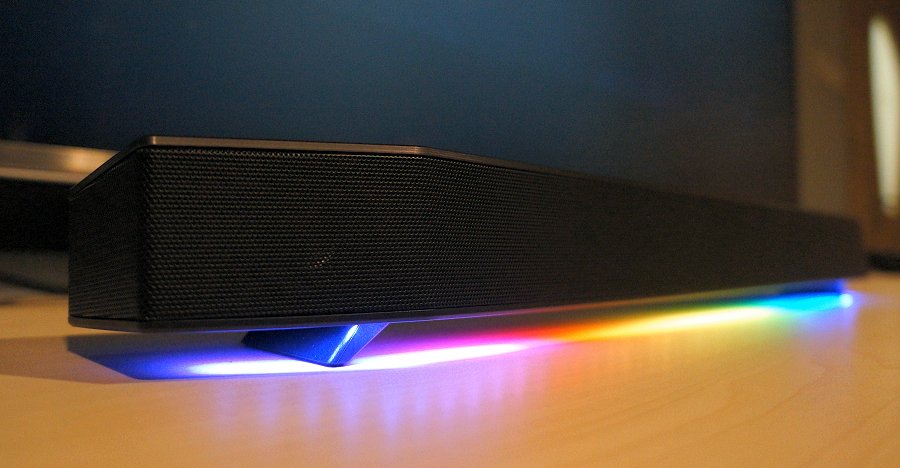 Creative's conjures up the Katana and it looks the part

It's not often we come across a product and think that it could be a game changer. Creative's new Sound BlasterX Katana actually comes close to fitting that bill.

While it may look like yet another sound bar, now made for the PC gamers market - hence the Sound BlasterX naming convention - there's really a lot more going behind the scenes to deliver this product.

Not only that, for the first time, a sound bar of this size and price point actually delivers an audio experience that we can safely say that rivals a larger, more complex and costlier audio systems. Hearing is believing, so allow me to detail some of the finer points of this S$419 sound bar in my brief hands-on session at Creative's headquarters. Brief highlights of the product are as follows:-

At this juncture, I would like to point out that the Katana is squarely going up against a much earlier product introduced by Razer - the Leviathan. While their specs and price point are a little different, it's what Creative can offer for just under S$100 more than its competitor that makes it a really interesting comparison point (the Leviathan retails for S$330). Here's a brief video overview to get you started:- 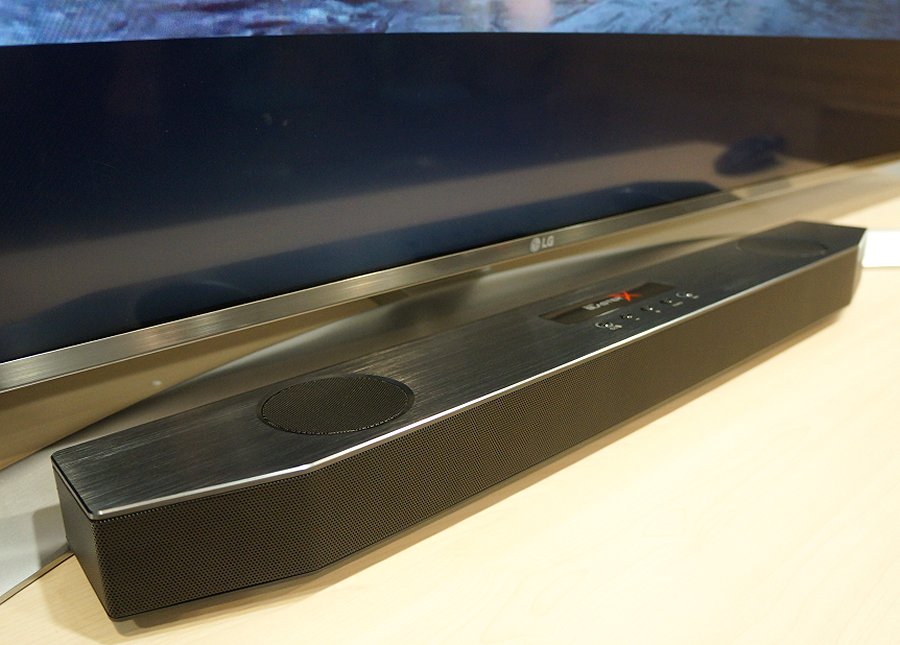 First and foremost, Creative’s official product literature stays clear from using the term “sound bar”. The company is clearly not impressed with other solutions in the market and has decided to market this class of products under their own naming scheme – similar to the US$5,000 Sonic Carrier that is essentially a high-end sound bar and will soon be hitting retail like the Sound BlasterX Katana. For the latter, Creative expressly classifies it as an Under Monitor Audio System or UMAS for short. Call it whatever you want, but it still looks like a sound bar and so we shall just stick to normal convention for ease of referencing.

Probably one reason they decided to forge ahead with the UMAS marketing is because sound bars have traditionally been catered for living room use that pander to far field listening. The Sound BlaserX Katana is made for PC gamers in mind and thus is designed for near field listening. That’s just its primary audience, but thanks to clever sound system design, engineering and audio processing smarts, the speaker is equally adept at delivering room filling audio in small and medium sized halls for far field listing too.

Finished with a brushed aluminum top, the Sound BlasterX Katana perfectly blends in with the latest 4K TVs or your high refresh rate capable curved screen gaming monitor. It’s so thin that it will have no trouble fitting under monitors and TVs. For added measure, the already sleek looking system has removable speaker feet to help fit into tighter spaces like a TV console or wall shelf. 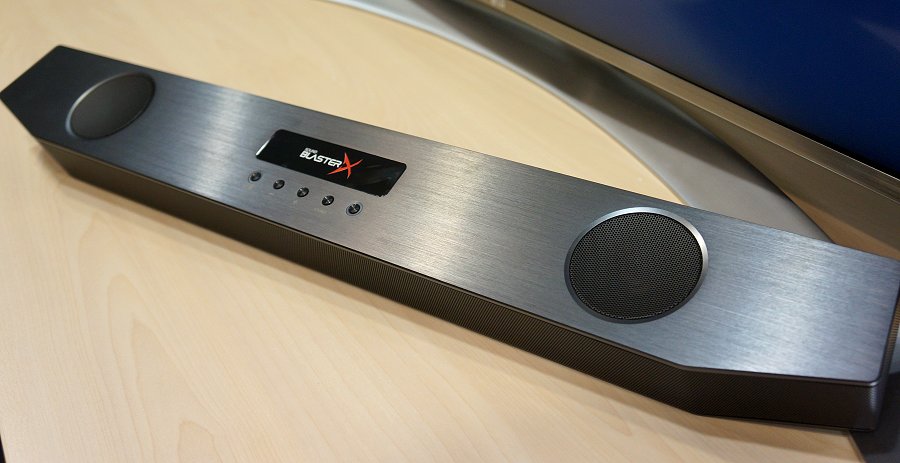 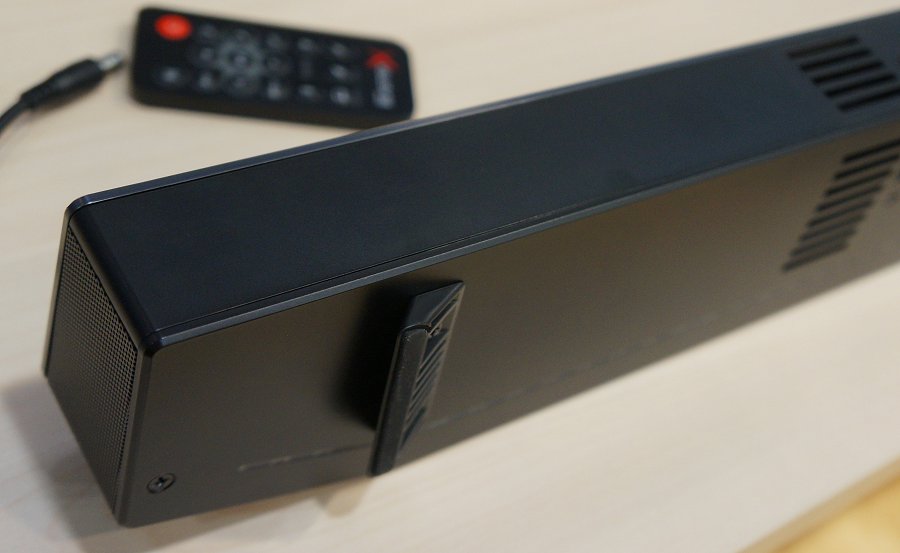 As you can see from the specs comparison table pertaining to physical design, the Sound BlasterX Katana's sound bar unit is wider, but more importantly, it's also slimmer than Razer's Leviathan to allow housing it in more tricky spots. Surprisingly, Creative's main speaker unit is also lighter than its competition.

The subwoofer design is where both products differ quite a bit in size and weight. The Leviathan's 30W passive subwoofer with a 5.25-inch driver is just a little over 2kg and is shaped like a giant key cap or a cube with chamfered corners. Katana's passive subwoofer takes on a different approach with a slim and tall wooden enclosure that houses the long-throw 5.25-inch long-throw driver. Perhaps due the wooden enclosure build, the Creative 30W subwoofer is actually beefier in weight at 4kg. Nevertheless, the slim profile makes it easy to position in narrow confines or other places such as under the desk or next to the center console area in the hall. 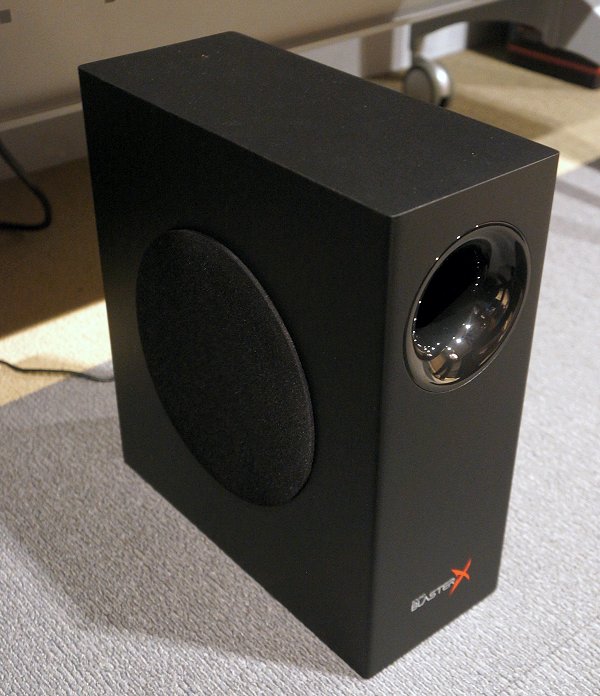