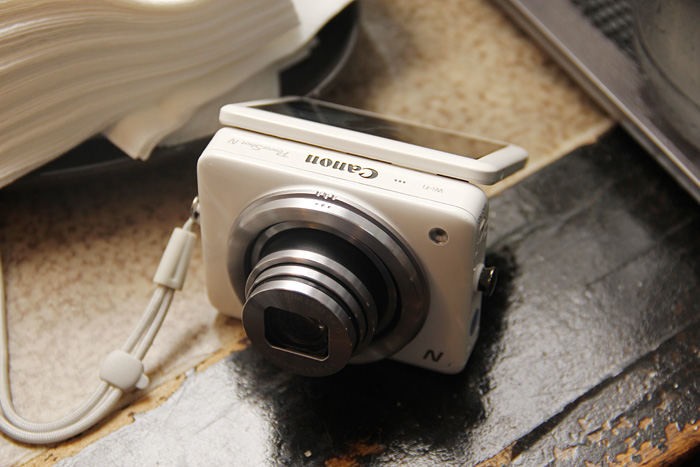 Who says innovation is dead? The Canon PowerShot N is one of the most unique compact cameras we've seen in ages. It's not a spec powerhouse, but it is interesting - the N is built around a tilting touch-screen, comes with built-in Wi-Fi and is as small as your palm.

The PowerShot N has a 8x optical zoom lens (35mm equivalent of 28-224mm) and a 12MP sensor. There's no standard shutter release button, instead there's a shutter ring around the lens, which you can half-press to focus and press fully to shoot. Because the screen automatically orients itself whichever way you tilt the camera, it means you can take a photo from any position. If that seems too new-agey to you, you can also tap to shoot using the screen. There's a second ring around the lens, which controls the optical zoom.

The N is small and light, weighing only 195g. There are few controls; a Power button by one side, and a Auto/Creative Shot, Wi-Fi and Play button on the other. In Creative Shot mode, the camera will select from 25 filters and generate five alternatives of the original with different crops and effects. The N is really built as a smartphone companion, you can connect it to social media sites like YouTube and Facebook through Wi-Fi, or share images to your smartphone using Canon's CameraWindow app (available for iOS and Android). 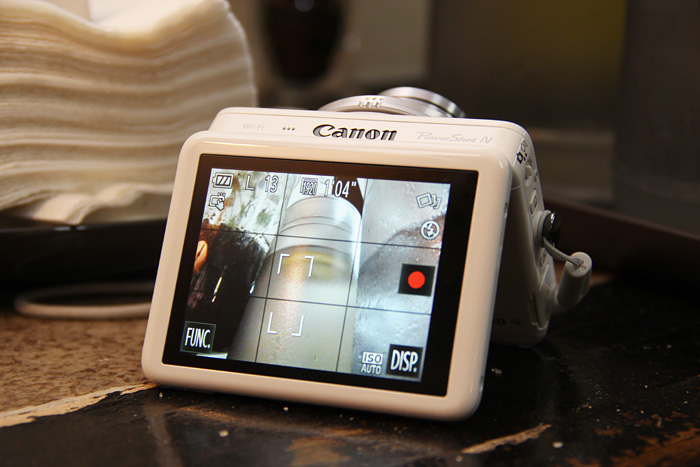 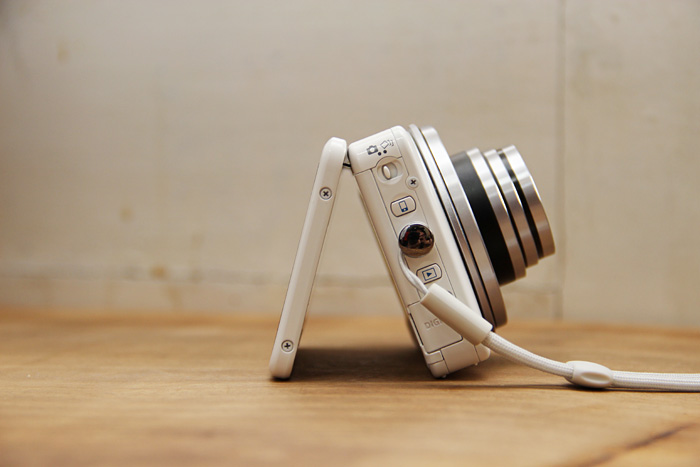 Even though it's just a basic point and shoot, we like it. It feels good in the hands, is very portable and with its ability to connect to our smart-devices, feels like a modern kind of casual camera for the modern-day user. The Canon PowerShot N will be available by the end of April for S$399, which does feel a tad steep to us, but we'll reserve our final judgement for the review.

Canon bills the EOS 100D "the world's smallest and lightest DLSR camera" and that very much seems to be the case. The 100D is small, while it's thicker than the mirrorless Olympus OM-D E-M5 camera, it's only slightly taller than the E-M5 with its flash attached. The camera is surprisingly light, the body only weighs 370g, roughly the same as the E-M5 which weighs 373g. 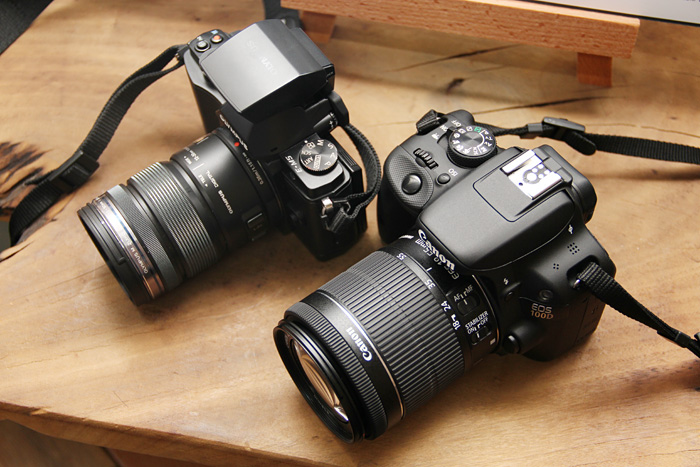 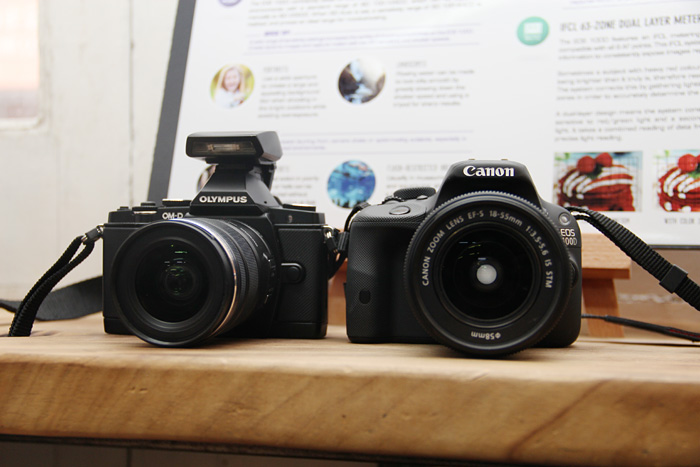 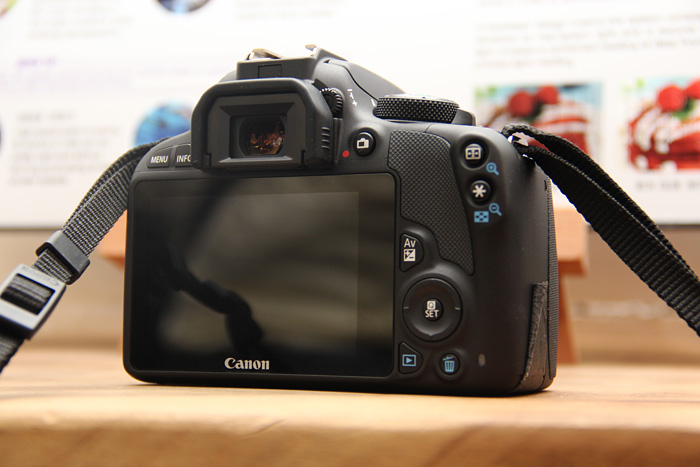 Internally, the 100D is pretty much the mirrorless EOS M in a DSLR shell with twice the battery life and an optical viewfinder. It shares the EOS M's 18MP resolution with an APS-C sensor, Digic 5 processor, 3" touchscreen and 1080/30p video capability, with a newly developed Hybrid CMOS AF II AF system that combines phase and contrast-detection AF. The camera can shoot up to four frames per second, has 9 AF points and a maximum ISO speed of ISO 12,800, which can be expanded to ISO 25,600. The new 18-55mm IS STM EF-S kit lens has a quiet Movie Servo AF motor, so movies can be recorded without the sound of the lens auto-focusing.