Joining the ranks of the BlackBerry Z10, Q10 and Q5 is the Z30, the company's latest offering to keep pace with the highly competitive smartphone market. Here at BlackBerry Jam Asia 2013 in Hong Kong, we had a chance to go hands-on with the Z30 and compare it with the Z10. The Z30 feels great in the hands, which doesn't come as a surprise since BlackBerry's premium devices generally boast solid build quality. Ironically, we find the handling of the Z30 to be a tad better than its 4.2-inch Z10 sibling despite its slightly thicker and heavier chassis. 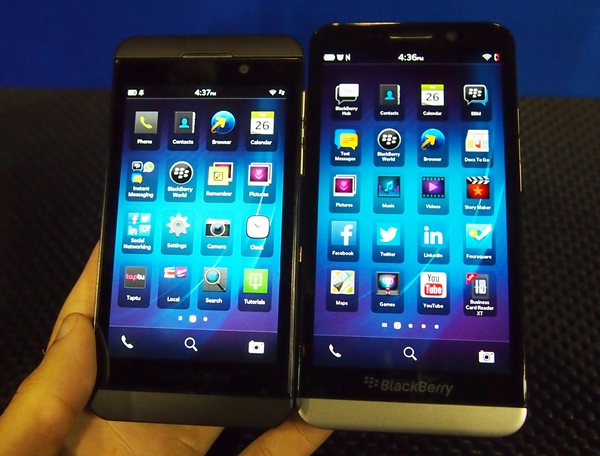 As you can see from the photo above, the Z30 has a different finish on its rear compared to the Z10. While the Z10 has a dimpled, soft material on its rear cover, the Z30 sports a matte, three-dimensional carbon fiber back cover that is similar to the Q10. The change of material does not affect the grip of the device; we still find the carbon fiber back to provide a good amount of grip. The Z30, like most BlackBerry devices, features a removable back cover. 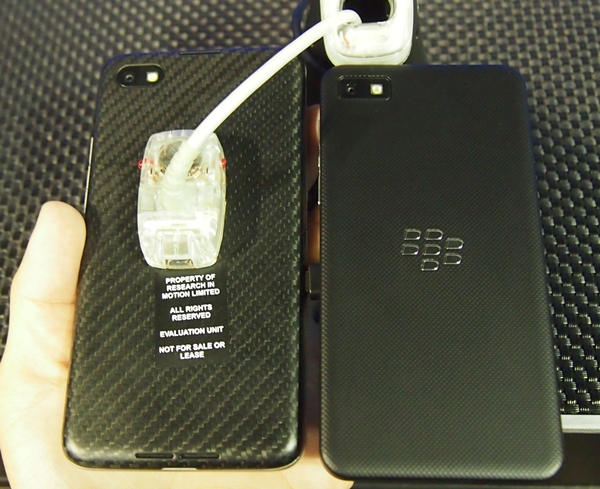 The main highlight of the Z30 is its 5-inch Super AMOLED display. It's the biggest display ever on a BlackBerry smartphone, with the former champ being the 4.2-inch Z10. Its display resolution is 1,280 x 720 pixels, which works out to be 294ppi. Compared to the current range of 5-inch, Full-HD (1,920 x 1,080 pixels) Android flagship devices, the Z30 seems to lag behind. Nonetheless, we are still impressed with the quality of the display on the Z30. The Super AMOLED display exhibits rich and vibrant colors. 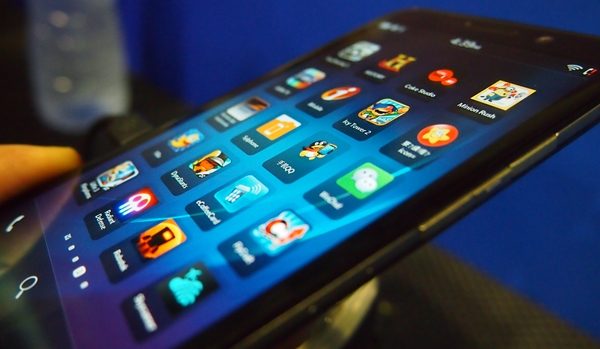 Running under the hood is BlackBerry's latest version of its operating system titled 10.2. According to BlackBerry, there are hundreds of refinements and several new features to help users be more productive on their devices. Two key  features are: 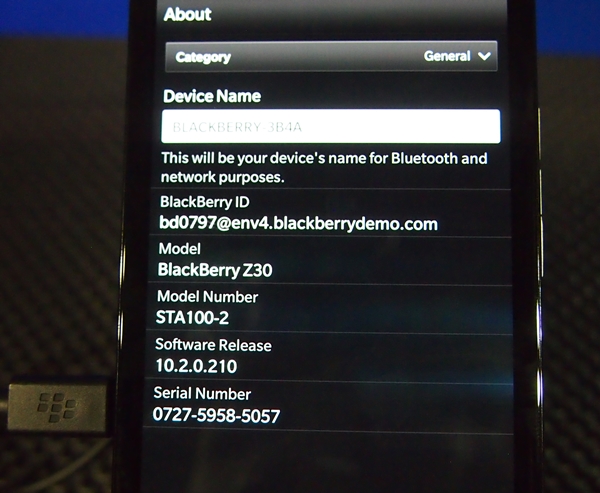 Powering the BB10.2 OS is a Qualcomm Snapdragon S4 Pro dual-core 1.7GHz processor and 2GB RAM. During our hands-on with the Z30, we find the user navigation to be smooth and lag-free. Keeping the device powered on is a 2,880mAh non-removable battery, which is the largest ever on a BlackBerry smartphone. BlackBerry claims that the battery is able to provide up to 25 hours of up-time. We shall reserve our judgement until we have a review unit to see how it performs in daily use.

Other specs of the Z30 include an internal storage of 16GB, a micro-SD card slot that supports cards up to 64GB, a micro-HDMI port for connection to HDTV or projector, an 8-megapixel rear autofocus camera with 5-element F2.2 lens, BSI sensor and LED flash.

The Z30 comes across as a very decent smartphone, but we wonder if it is a step too late. With a market brimming with 5-inch Android flagship devices which outgun it in terms of specs, design and the app ecosystem, BlackBerry faces an uphill task of marketing the Z30. Nonetheless, we believe loyal BlackBerry users will be satisfied with what the Z30 has to offer. Here's a quick comparison of the BlackBerry Z30 and the current competition: