Hands-on with the ASUS ZenFone AR: A whopping 8GB of RAM and Project Tango support

Hands-on with the ASUS ZenFone AR: A whopping 8GB of RAM and Project Tango support

AR and VR on the same phone 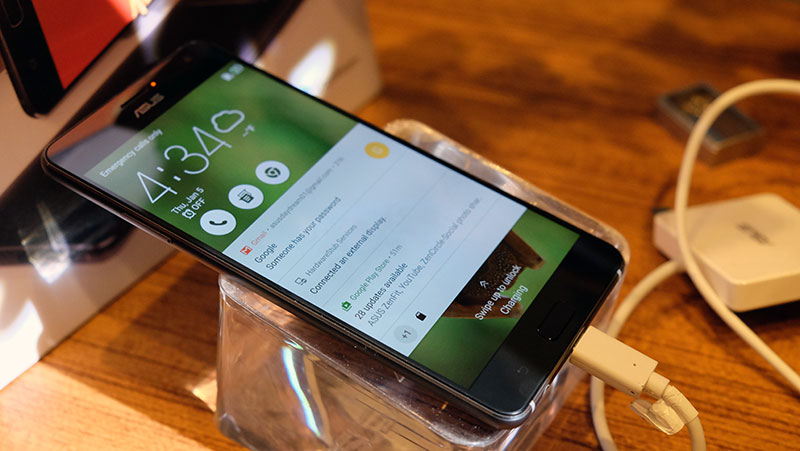 There are excellent phones like the Google Pixel and iPhone 7, which pretty much deliver all you could want from a smartphone. And then there’s something like the ASUS ZenFone AR, a phone that tries to break the mold by being the first to support both Google’s Project Tango depth-sensing technology and its Daydream VR platform.

With ASUS’ announcement of its latest smartphone, the Qualcomm leak from earlier this week is now official.

ASUS’ latest darling is quite a novel device – whether practical or not is quite another matter altogether – that offers a peek into what we could do with our phones if the right implementation and ecosystem was in place. It was announced alongside the ZenFone 3 Zoom at ASUS’ pre-CES press conference, and the two represent quite an ambitious start to 2017 for the company’s mobile devices.

And before we forget, the ZenFone AR is also the first smartphone to sport a whopping 8GB of RAM. 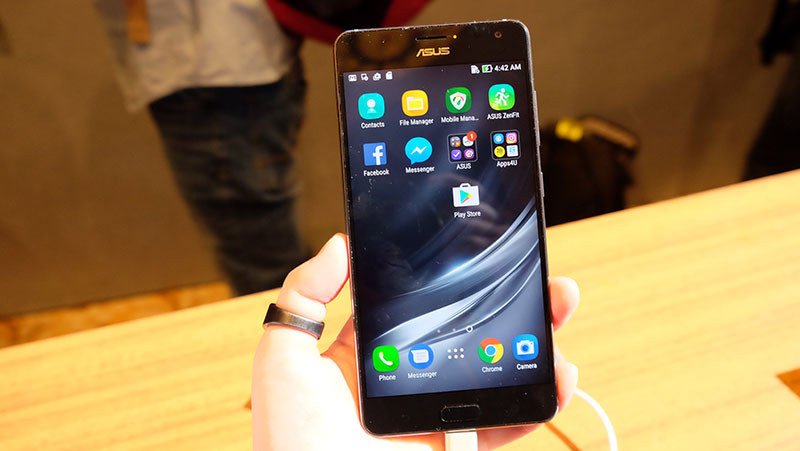 At first glance, the ZenFone AR is remarkable for what it is not. That is, it is not a huge phone like the hulking 6.4-inch Lenovo Phab2 Pro, the first smartphone – if it can even be called that – to feature Project Tango.

Instead, the ZenFone AR sports a modest 5.7-inch 2,560 x 1,440-pixel Super AMOLED display, and picking it up only leads to more surprise at how light and sleek it feels. This is actually something of a relief, as we now have confirmation that Project Tango phones don’t all have to be large, unwieldy slabs of glass. 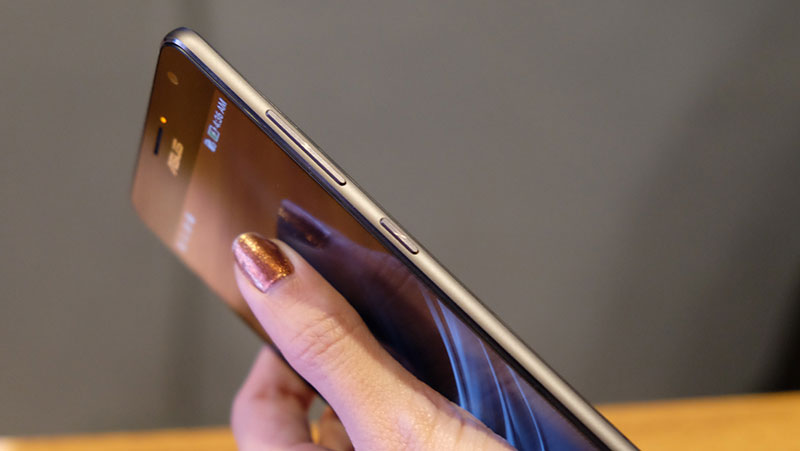 For a better example of its size in relation to other phones, here’s a look at the phone beside the 5.5-inch Google Pixel XL. The Pixel XL lends itself quite comfortably to one-handed operation, and the ZenFone AR is really not that much bigger. 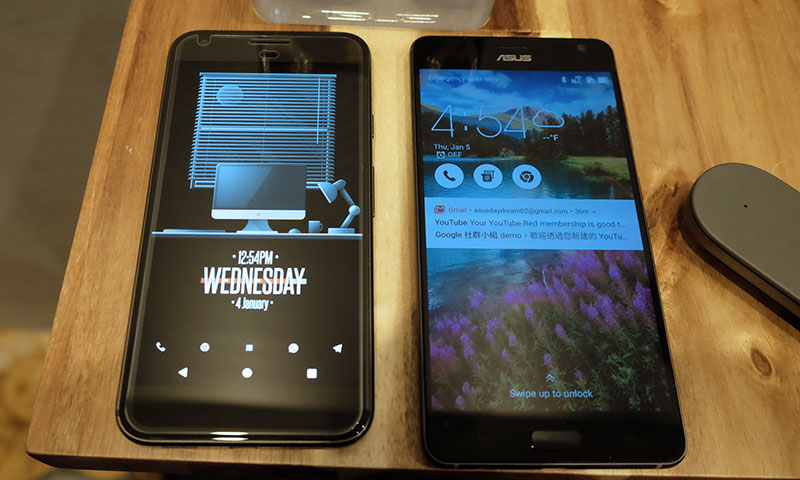 The Project Tango hardware is clearly visible at the back of the camera, where you’ll notice four distinct camera openings. The two opaque ones on the right are the depth sensing cameras, while the larger aperture on the left belongs to the motion sensing camera. The last camera is the regular one that you’ll use to snap photos. 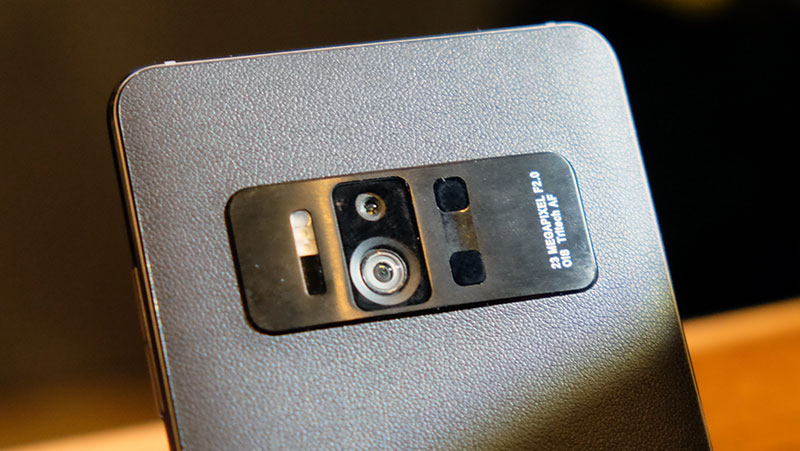 The back of the phone is covered by a layer of faux leather that provides a pleasantly grippy feel. In fact, we were told that the choice was not merely an aesthetic one, and the leather helps to keep the weight of the phone down (as opposed to, say, metal). 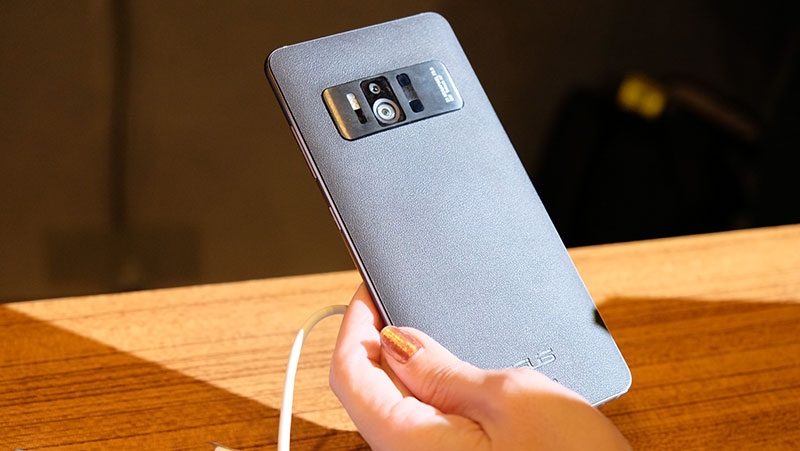 Unlike on the ZenFone 3 Zoom however, antenna lines are clearly visible on the device. The phone charges via a USB-C port that supports Qualcomm’s Quick Charge 3.0 fast charging technology, and you’ll also find at the bottom speakers and a headphone jack. 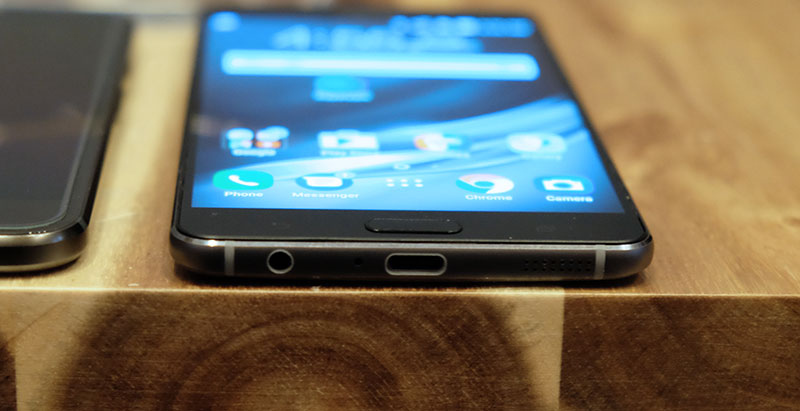 As a phone that’s ready for Daydream VR, the ZenFone AR is unsurprisingly equipped with some of the latest specifications. This includes the quad-core Snapdragon 821 processor and 8GB of RAM, an amount still more commonly found on notebooks rather than smartphones.

ASUS also mentioned some sort of vapor cooling system to keep the hardware cool, something that will come in handy during heavy VR or AR sessions. 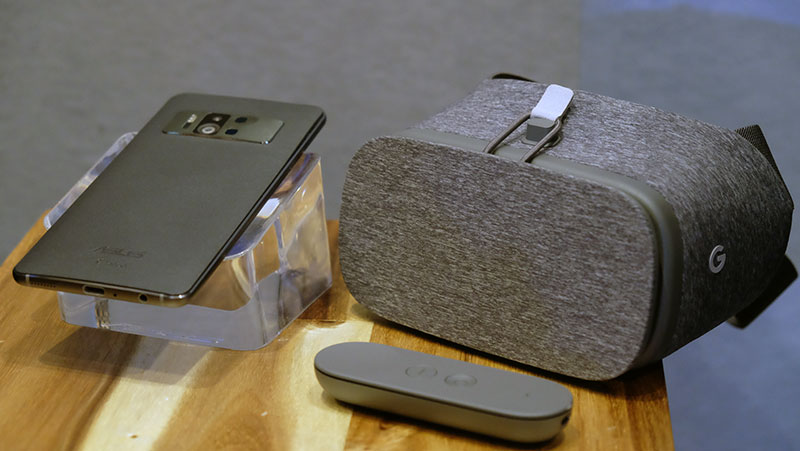 The camera itself is a 23-megapixel shooter that can capture four photos at the maximum resolution in Super Resolution mode and stitch them into a staggering 92-megapixel image. Once again, this speaks to a rather niche use case, and the feature is probably not going to find all that much use in day-to-day situations.

The higher resolution 2,560 x 1,440-pixel comes in handy when you’re using it with Google’s Daydream View headset, and we’re glad that ASUS didn’t skimp and opt for a lower resolution display.

The 3,300mAh battery that sustains all these advanced features feels a little on the small side, especially when set beside the 5,000mAh battery on the ZenFone 3 Zoom. Still, we’ll reserve judgement until we actually have the chance to properly put the phone through its paces.

However, while Daydream VR is pretty cool in its own right, it is still Project Tango that serves up the most intriguing applications.

For instance, ASUS announced a collaboration with clothing store GAP where customers could use the ZenFone AR and GAP’s Dressing Room app to help them check out the fit of clothing.

The app will prompt you to select your size, and then proceed to generate a virtual mannequin according to what you picked. There are helpful body measurements displayed as well, so you know how accurate its approximation is. 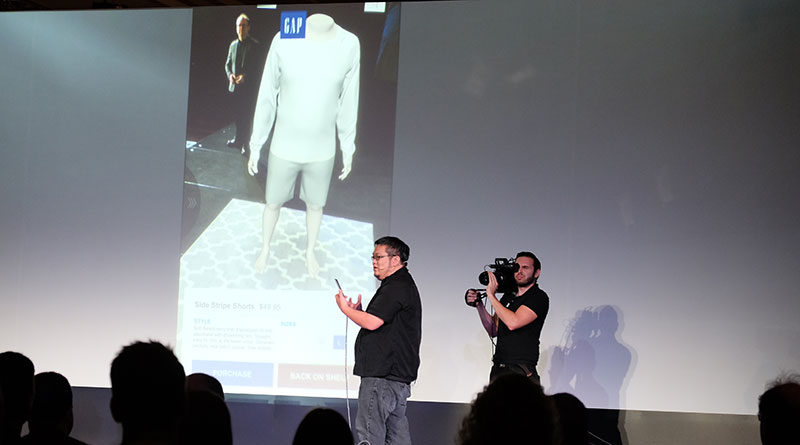 You can then select clothes from GAP’s catalog and check out how they look on the mannequin. One interesting feature is the ability to move closer and check out details on the clothing, such as the stitching pattern on a pair of shorts. And if you’re unsure which size to pick, you can create a duplicate mannequin, dress it in a different size, and compare the two. 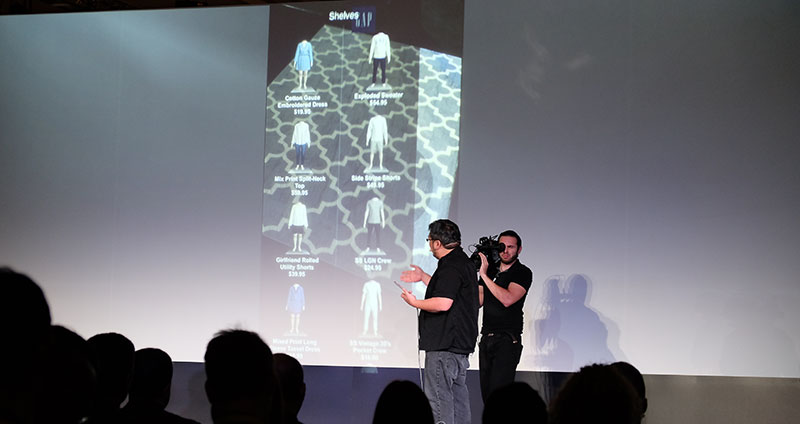 One thing to note is that there is currently no interaction between Tango and Daydream VR, although that’s not to say the two could not be merged at some point in the future.

On the Tango end of things, there are already around 30 available apps, including a virtual dinosaur exhibit from the American Museum of Natural History and a Hot Wheels app that lets you build elaborate, virtual car tracks.

ASUS stopped short of releasing details on price, but the company said that we can expect a roll out sometime in the second quarter of this year.