Hands-on: The ASUS ZenFone 5 is an Android phone with a notch

ASUS may have jumped onto the notch bandwagon, but it also has no intention of falling behind the AI photography trend as employed by the likes of Huawei and LG. In fact, AI plays a really big part in the phone's capabilities, and is mostly centered around the phone's photo-taking capabilities. For starters, the ZenFone 5 supports things like AI Scene Detection, which identifies the scene or subject a user is shooting and automatically applies the ideal settings for the best results. This takes into account things like color saturation, white balance, exposure and brightness, auto exposure time, sharpness, and noise.

It is capable of detecting 16 different scenes:

You'll notice fine distinctions between things like cat and dog, and ASUS says that's because it wanted to take into account different expectations when shooting the two. For example, dog owners tend to have the luxury of having more time to frame the shot of their pup, whereas cat owners may want to capture their feline in action. In the latter case, ASUS may then apply a faster shutter speed. When it comes to landscape shots like sunsets or the ocean, the camera will also draw from its AI data model and apply the ideal settings.

This seemed to work well enough when I tried it out with photos of flowers, animals and fields (and actual food) provided by ASUS, but there were also small glitches, such as when the phone initially identified a picture of a flower as text.

Still, things may improve as this isn't the final version of the software yet. The data models aren't static either, and ASUS says the overall experience will improve as the pool of reference photos that builds them grows. However, no user data or photos are sent to the cloud to refine these models, and ASUS will simply refine them on its end and push them out with firmware updates.

In addition, the camera uses AI to learn the type of photos that owners want through something called AI Photo Learning. The phone presents you with identical photos treated with slightly different image settings and lets you pick the one you like best.

Over time, the camera comes to understand your preferences, and it then applies what it thinks is the best setting to replicate a similar look and feel for future shots.

The settings derived from AI Photo Learning also take precedence over those that the AI Scene Detection feature may suggest. However, not all scenes and subjects are supported, and compatible photos will be marked by an icon in your photo library.

Other so-called smart features include AI Beautification and AI Portrait, which works best for those who like to take selfies. The beautification mode can supposedly detect the gender of human subjects and apply digital makeup for women. 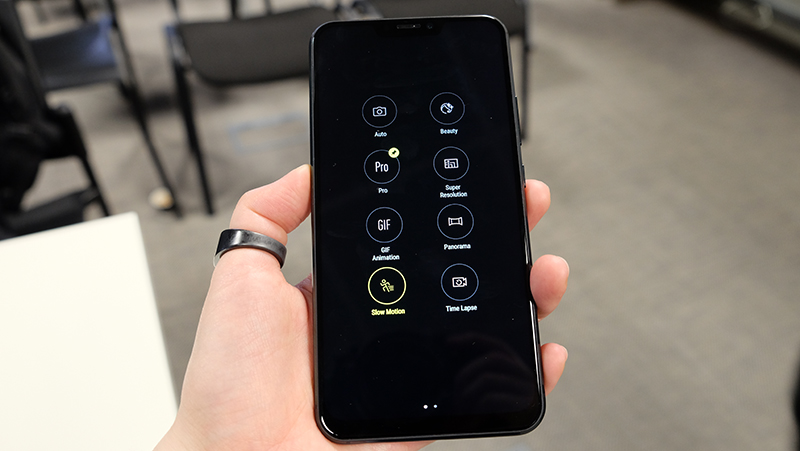 ASUS says it's analyzed over 100 different shades of skin color for the best results, and captures facial details using a scanning pattern with 365 dots. The effects can also be applied in video while live streaming on popular social media platforms, which sounds pretty handy if you care about that sort of thing.

Finally, the AI-powered portrait mode applies a bokeh effect to the background in real-time, and it works with both the front and rear cameras on the ZenFone 5 and 5Z.

The rear cameras offer a hardware-based solution as they can use both lenses for more precise depth perception, whereas the front camera relies on software.

However, the software on the demo unit I had still appeared slightly wonky, and the front camera tended to produce over-exposed images with uneven patches of blur in the background. Similarly, I wasn't able to get the rear cameras to work with objects.

But since the firmware is still being updated, retail units may perform better.

The camera software also offers options for a gradienter and histogram, and you can toggle a manual mode that lets you play with things like focus, ISO, and exposure. 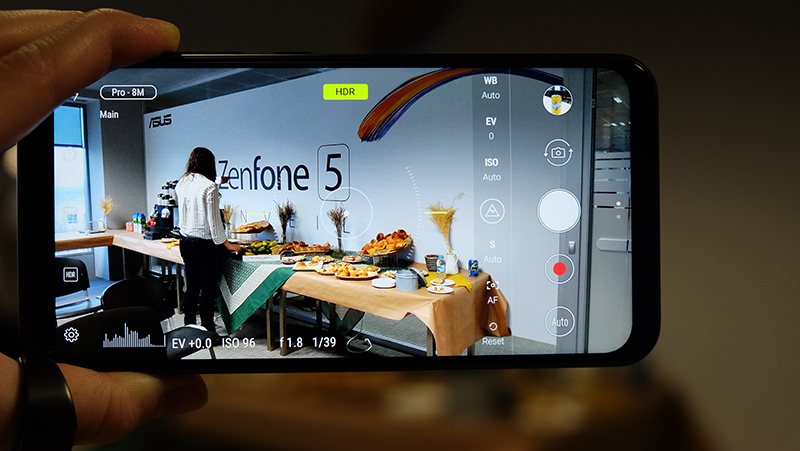 Finally, ASUS says that this is its cleanest version of ZenUI yet, with no duplicate apps for the browser, email, keyboard, or messaging.

But now that we're on the topic of software, the ZenFone 5 has taken yet another leaf from the book of the iPhone X. It supports something called ZeniMoji, which as its name suggests, is a form of allowing cute avatars to take cues from your own facial expressions. 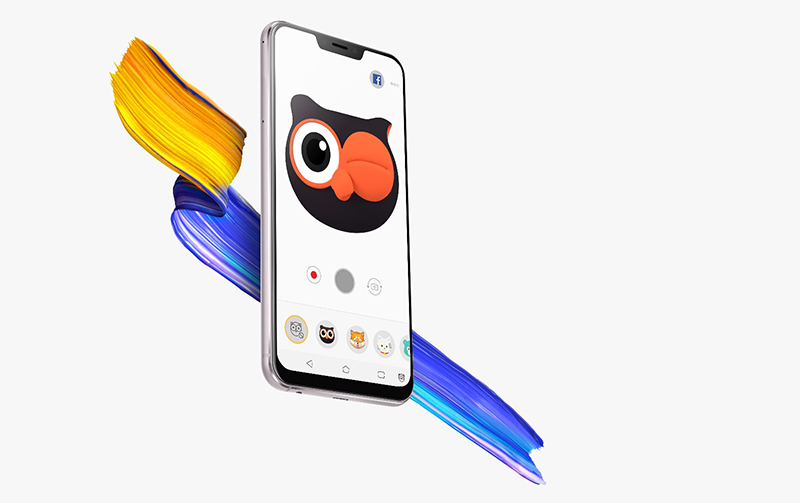 ASUS uses a combination of 52 different expressions to mimic yours, and it can also be used in video calls or live streams on social media. The company doesn't use a 3D depth camera for this, and it's instead trained its algorithm on hundreds of thousands of 2D faces with different expressions, lighting conditions, and angles. The algorithm then makes use of this data to approximate a 3D model of your face.

Unfortunately, I haven't had a chance to try this out yet, so I can't say how well it works.

The ZenFone 5Z will retail for €479, so ASUS is looking to be one of the most affordable flagships with a Snapdragon 845 SoC. The 5Z is slated to be available in June.