Hands-on with the ASUS ZenFone 3 Deluxe

Hands-on with the ASUS ZenFone 3 Deluxe

Note: This article was first published on June 1. 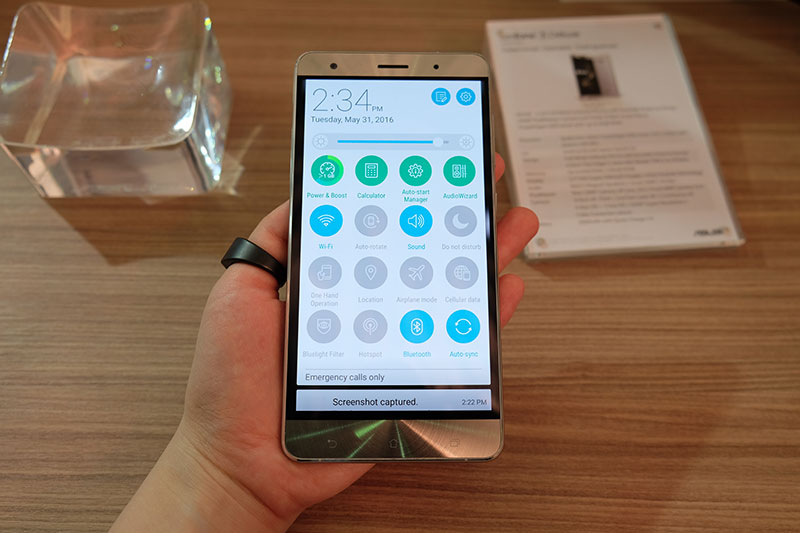 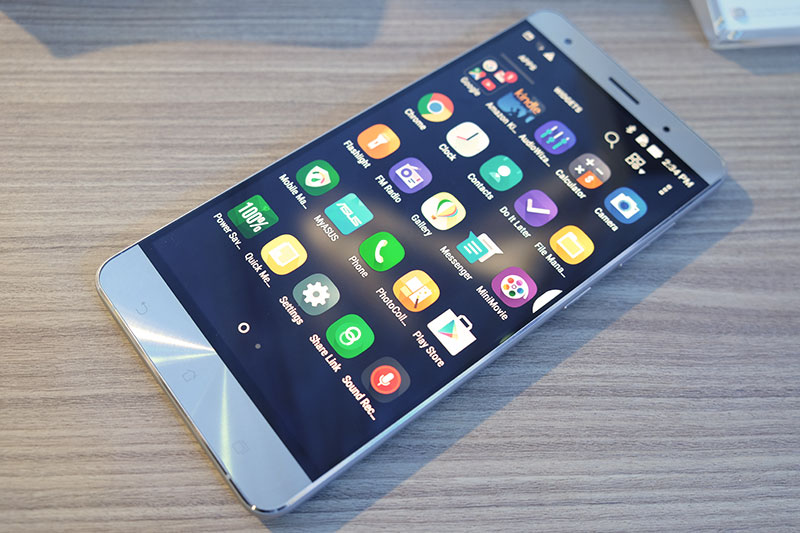 ASUS’ latest flagship comes with most of the goodies to compete in 2016, including a Qualcomm Snapdragon 820 SoC, a serving of RAM – 6GB to be exact – to again spark off debates about how much memory you really need, and a fast-focusing 23-megapixel camera that can lock onto subjects almost instantly. It also packs up to 64GB of UFS 2.0 storage, which boasts faster performance than regular eMMC flash storage.

But those are pretty much de rigueur for today’s flagships, and manufacturers often have to rely on design and other novel inventions (for instance, the LG G5’s modules) to stand above the crowd. In ASUS’ case, the company hasn’t exactly reinvented the smartphone with the Deluxe, but it has created a design-centric phone that it hopes will appeal to discerning consumers who care about small things like plastic antenna lines on an otherwise metal unibody phone. 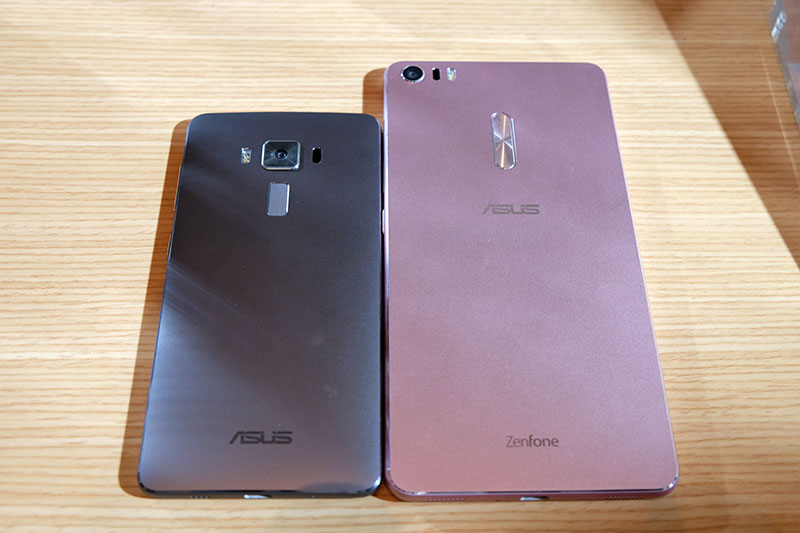 So yes, this is an all-metal unibody phone constructed of a lightweight aluminum alloy. For a 5.7-inch phone, it also feels surprisingly light in the hand and there's a gentle curvature on the back to make it more natural to hold. But the interesting part is what ASUS has done with the antenna lines on the phone. While you might have seen references to a so-called “invisible” antenna design, that’s actually a mischaracterization because it seems to imply that the phone has somehow hidden the antenna lines from sight in their traditional locations. That’s not exactly true – the antenna lines are there, and they can be seen. They’ve just been made infinitely more discreet and now sit on the chamfered edges of the phone, instead of wrapping around the sides. 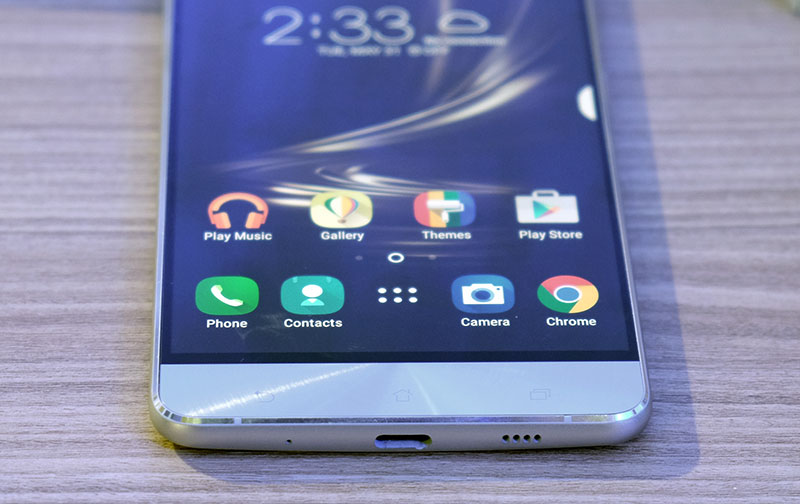 The other standout feature is the camera, which can reportedly focus on an object in just 0.03 seconds. As it turns out, that’s faster than the average human can react to visual stimulus, and the camera did seem to be able to focus quite quickly when we tested it out. It relies on a Sony IMX318 image sensor and a large f/2.0 aperture lens for low light scenes, and also boasts a 4-axis optical image stabilization. When it comes to recording 4K video, there’s a 3-axis electronic image stabilization for that as well. 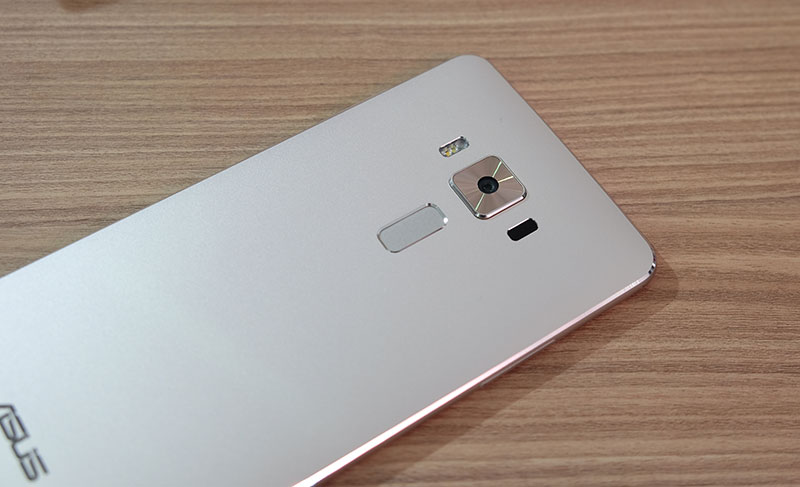 The camera interface also features a decent selection of manual controls, so you’ll have the option to set things like ISO, exposure, and the metering mode. There are a handful of useful tools as well, that will let you do things like create animated GIFs, scan QR codes and create time lapse videos without needing to download a separate app. 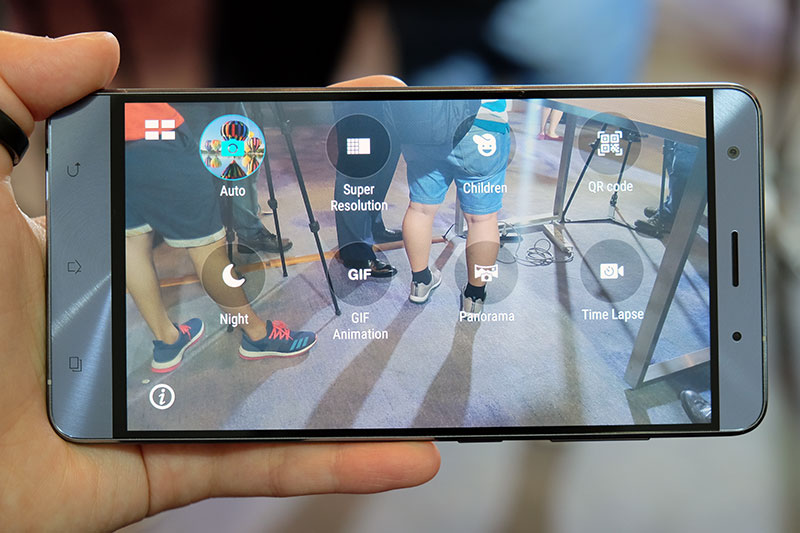 The display itself is unfortunately still stuck at a 1080p resolution, but that does mean that you might be able to squeeze a little more life out of the 3,000mAh battery pack. And if there’s one thing we like, it’s the extremely thin side bezels that represent a far more efficient utilization of the available space.

ASUS has also made the switch to a USB-C charging port, so that’s something to take note of if you’re already considering accessories to go with the Deluxe.

The phone also runs ZenUI 3.0, ASUS’ version of Android Marshmallow. There’s nothing much to remark on about the interface, but it does come with a couple of useful, gaming-oriented features. For instance, there’s ASUS Game Genie, which appears as an in-game overlay that allows you to easily live stream your mobile gameplay (together with footage from the phone’s front camera) to YouTube or Twitch. ASUS demonstrated this feature on the larger ZenFone 3 Ultra, but it will work on the Deluxe as well.

There’s also a system booster available, which automatically frees up your system memory, although with 6GB on RAM on the Deluxe, we don’t think you’ll be needing this too often. 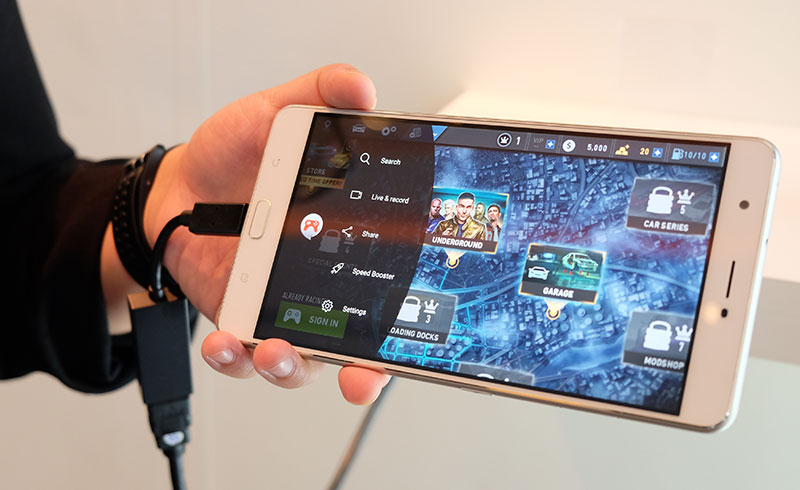 Finally, ASUS has made it easy for you to customize your home screen, and long-pressing on a blank area will call up an icon menu for quick access to wallpapers, icon packs, and even themes. 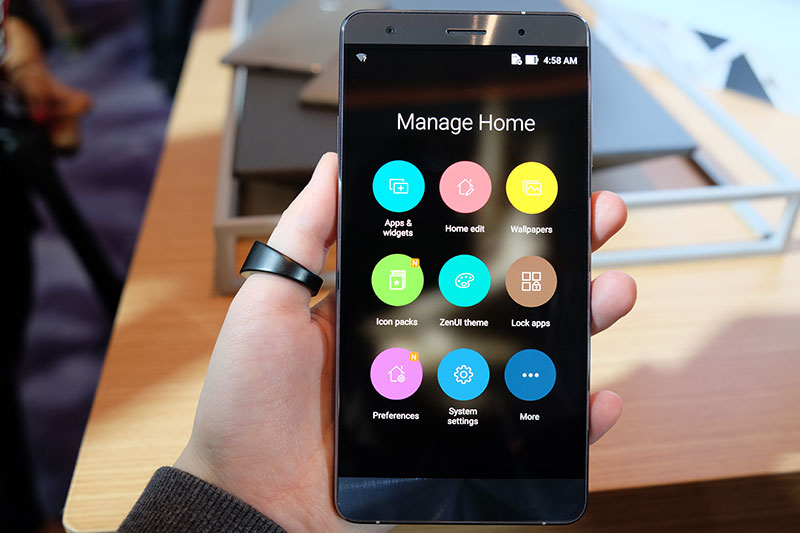 The ZenFone 3 Deluxe will cost US$499 for the model with 6GB of RAM and 64GB of storage. There’s no news yet on local price and availability.